In the years since Runway Girl Network first reported Airbus’ work to bring its widebody Airspace cabin brand to the narrowbody A320 family aboard neo-generation aircraft, it has been remarkable to follow the evolution of the onboard offering and its expansion in scope.

And with the launch of the new interior, as JetBlue accepted delivery of its first A321LR, it’s fascinating to see industry suppliers keen to highlight their piece of the Airspace puzzle, with Runway Girl Network’s inboxes fairly lighting up with companies excited to share their involvement.

“Diehl Aviation has developed comprehensive packages for the new Airspace cabin for the A320neo Family on behalf of its customer Airbus,” says the German company, which has been downsizing in the context of the COVID-19 pandemic’s effect on commercial aviation.

Among this work, Diehl has delivered modernised sidewall lining — part of the business that was hived off from Airbus under the “Power8” programme during Tom Enders’ reign as CEO. The airframer announced in late April that two contemporary Power8 spinoffs, Stelia and Premium Aerotec, were to be spun back into the parent company.

“The development of Airspace for Single Aisle makes me incredibly proud and shows that Diehl Aviation has always made an enormous contribution to the development of tomorrow’s flying,” enthuses chief customer officer Harald Mehring.

RGN’s interiors branding antennae are twitching at the ‘Airspace for Single Aisle’ wording there: is this more branding consolidation in the Airbus cabin space following the 2018 acquisition of the A220, né C Series?

Regardless, it’s fascinating to see just how excited the various players in the supplier side of the industry are to share their work.

“Diehl Aviation has adapted, among other things, the cabin’s lining and designed a completely new lighting concept in addition to virtually touchless lavatories,” the company says.

Indeed, Diehl reveals that it has been working on what may be the most immediately visible Airspace branding effect: the signature customisable welcome lighting at doors 1 at the front of the aircraft.

“Effect lighting equipped with the latest LED technology gives the entrance area an even larger, more modern and brighter feel. This impression extends to the entire cabin and is achieved by the stunning main lighting, the 40-centimeter-wide Hero Light running centrally, and the flexible light strips on the contour strips – for instance of the luggage compartments,” Diehl explains. 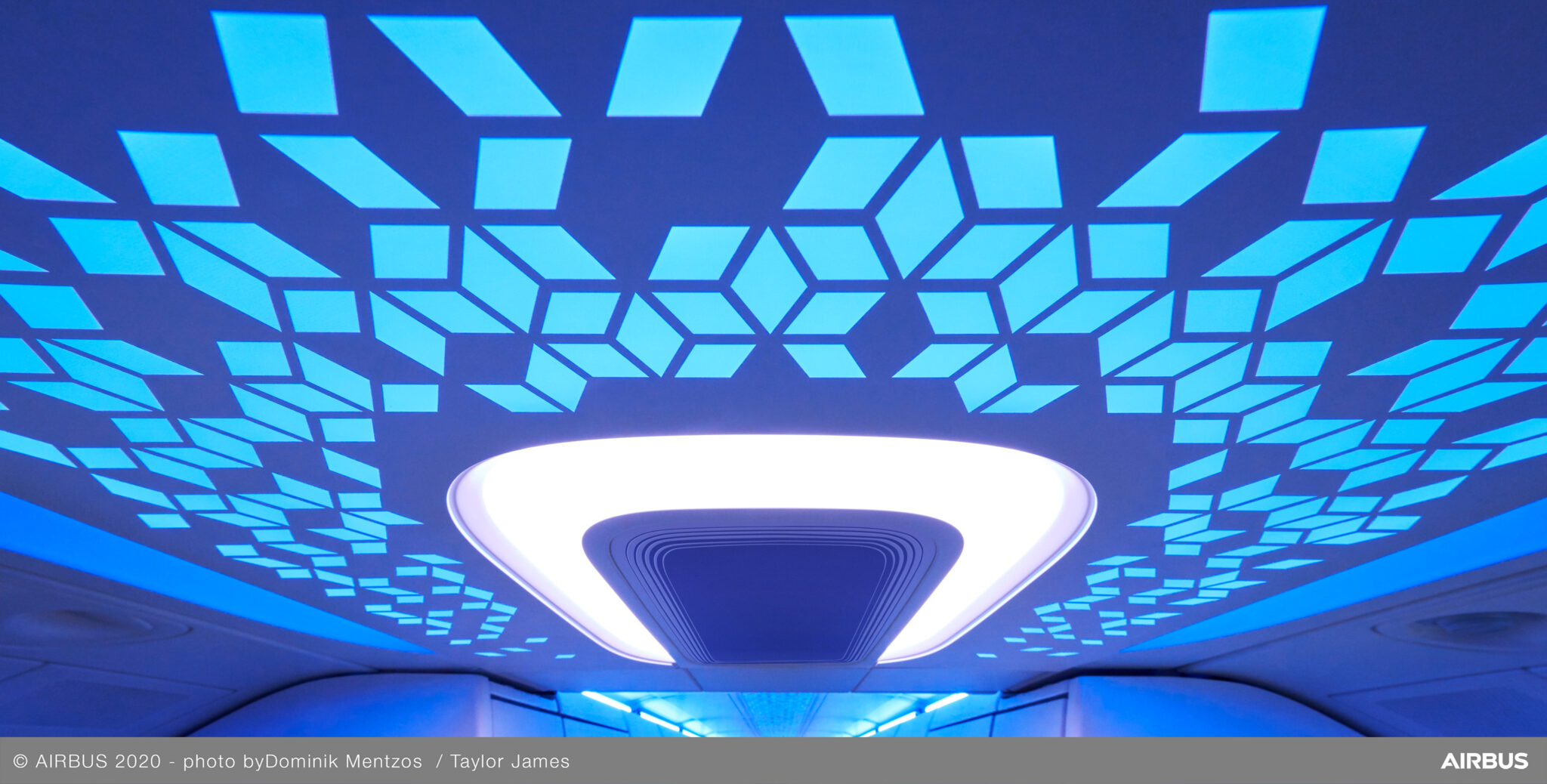 Also involved is AVIC subsidiary FACC, which confirms to RGN that it is responsible for integrating Diehl’s Hero Light into the ceiling panels that FACC produces.

As a result, “the first components that the passenger sees when boarding are made by FACC,” suggests Robert Machtlinger, chief executive of the Chinese supplier’s Austrian subsidiary. “With its unique aesthetics, a technically sophisticated design and a high feel-good ambiance, the entrance area produced by us ensures that the new Airspace cabin will delight passengers from the very first moment.” 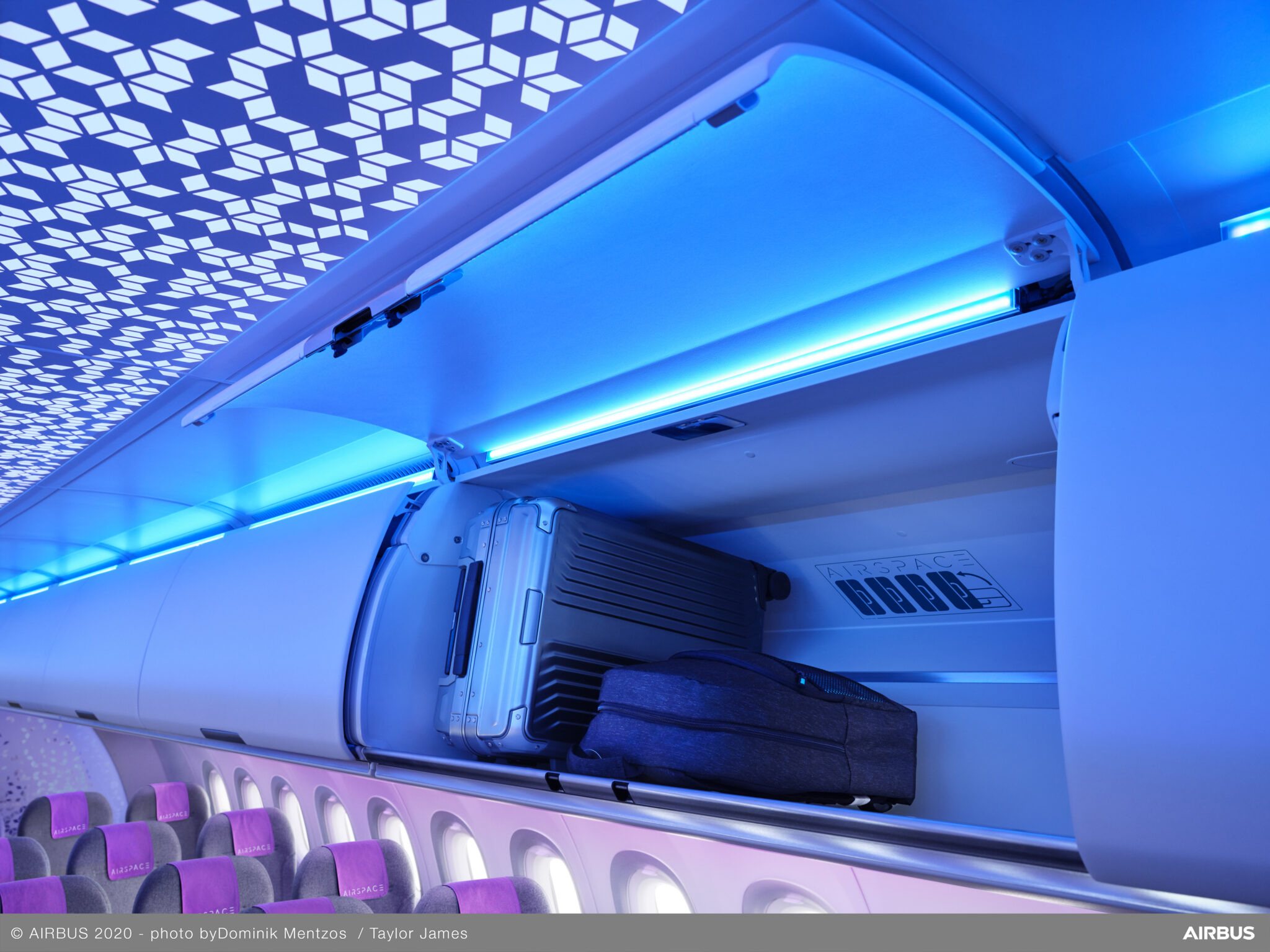 FACC’s contributions have been assisted by investments in a new highly automated production line at its site in Ried am Innkreis, roughly halfway between Munich and Vienna in Upper Austria.

“We launched the series production of the Airspace entrance area and the Hero Light at the end of last year. The series ramp-up is in full swing, and is once again setting standards during the roll-out of a new project,” says Christoph Zaunbauer, FACC’s program director for cabin interiors.

“This marks a great success for the two teams from Airbus and FACC, who created a unique cabin solution on the market during their joint development work of several years for the successful A320 family.”

Less than a decade on from “Blah Airlines”, the Virgin America advertising campaign that hit home lampooning the beige-on-tan-on-more-beige of cabins, it’s truly a delight to see supplier companies falling over themselves — both using “proud” or “pride” in their press materials — to talk up their involvement in cabins. 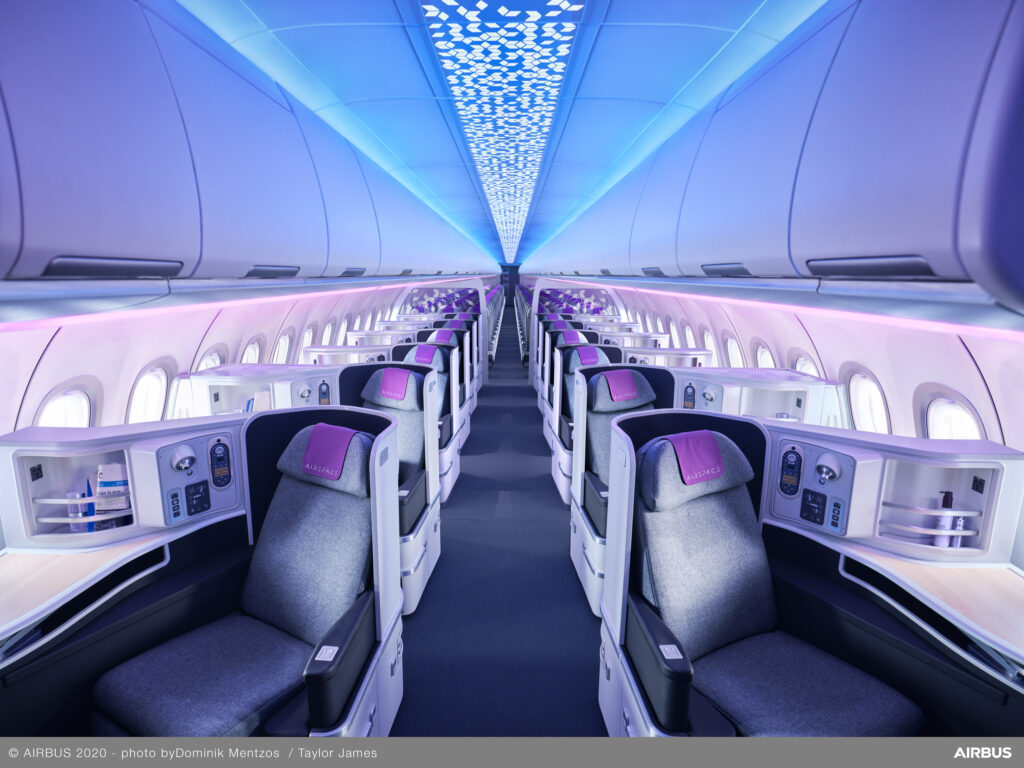 Blah Airlines this is not. Image: Airbus-Dominic Mentzos, Taylor James

Viasat sets sights on delivering IFC in and over Russia