As the passenger experience stands as 2019 draws to a close, the overwhelming majority of narrowbody airliners, whether from the Airbus A320 or Boeing 737 families of whatever generation, offer a choice of one of two flatbeds over a decade old: the Collins Aerospace Diamond or the Thompson Aero Seating Vantage.

The market is gasping for new products, as indeed are Boeing and Airbus, and two companies hoping for some — or indeed much — of that work are the Italian seatmakers Optimares and Aviointeriors, both based to the southeast of Rome in the province of Latina.

Optimares, of course, is the manufacturer of the new Qatar Airways economy class seat on the Gulf carrier’s Airbus A321neo aircraft, with the latest version of its Quadra product.

Having secured Airbus linefit for Quadra, involving an extensive review process, the company’s director of sales Marco Tonucci tells Runway Girl Network that he was “not ready for such enthusiasm” from the airframer in dealing with Optimares’ business and manufacturing model, which differs from the norm in that it is largely based on external suppliers.

Optimares is also different, Tonucci says, in that “in business class, for example, we split the 9g with the 16g, meaning that the structure is 16g but all the surroundings are 9g, giving infinite possibilities of customization even up to the last second because it’s 9g, it’s very easy.”

Indeed, the seatmaker is moving forwards on the aircraft as well. “We [will] do also the business class for the A321 of Qatar Airways, so the entire plane will be ‘made in Italy’ by Optimares,” Tonucci says, confirming to RGN that this will be a direct aisle access: “Yes, oh yes.”

This is not, however, the Maxima seat introduced by Hawaiian Airlines and later seen elsewhere including on some of Hong Kong Airlines’ aircraft. “Maxima is done,” Tonucci says. “We have developed something specifically for Qatar Airways.” 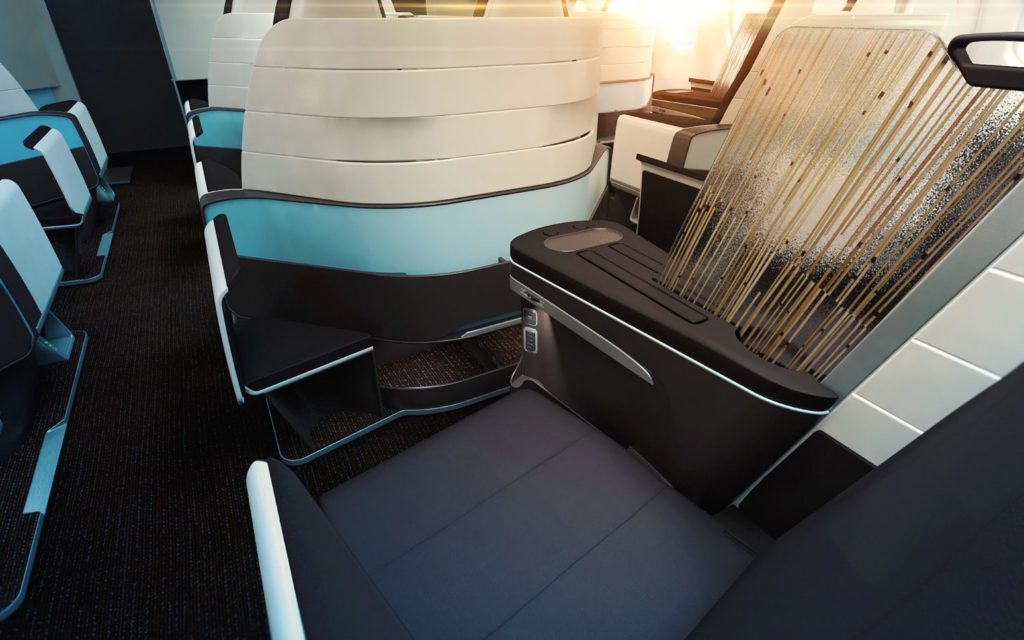 Optimares has always departed from the principle that its products, including Maxima here, are highly customizable. Image: Hawaiian Airlines

Crucially, it will be a different passenger experience from the larger aircraft that have been the Qatar Airways flagships. “Every fleet is specifically designed for their customers,” Tonucci explains. “It depends on the strategy of the airline. Many Qatar Airways single-aisle will be used for point-to-point in the region. They use widebodies for connecting.”

This perspective, that an airline is consciously choosing to offer different #PaxEx on its narrowbodies compared with its widebodies rather than ending up having to make the choice of A (Diamond) or B (Vantage), is different in some interestingly nuanced ways from that posed by Airbus’ Ingo Wuggetzer to RGN in September. 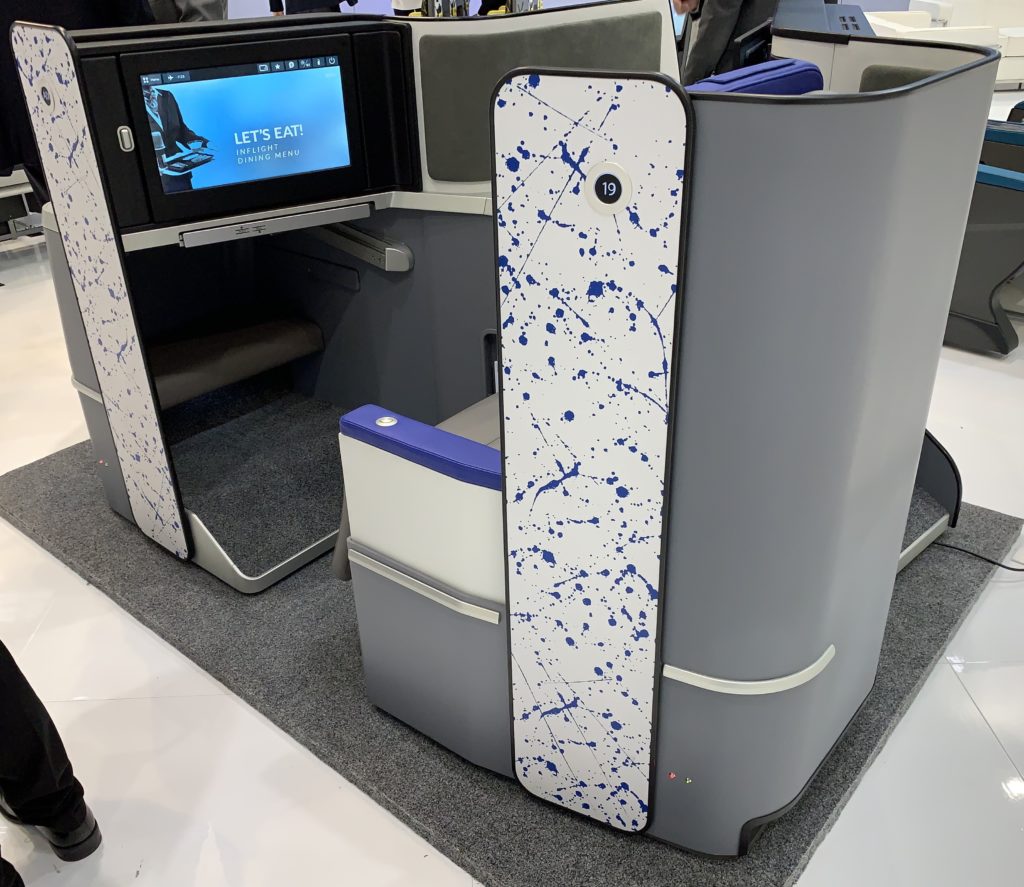 Adagio is one of Aviointeriors’ offers for the narrowbody market. Image: John Walton

Wuggetzer expressed the view that airlines are looking for seats that could be used on both widebodies and narrowbodies. He also seemed to be coming from the perspective that the higher-end seats from widebodies could make their way onto narrowbodies — the American Airlines transcontinental A321 Cirrus seat from Safran comes to mind here — and that narrowbody-specific products might be more “efficient”, i.e., less spacious. 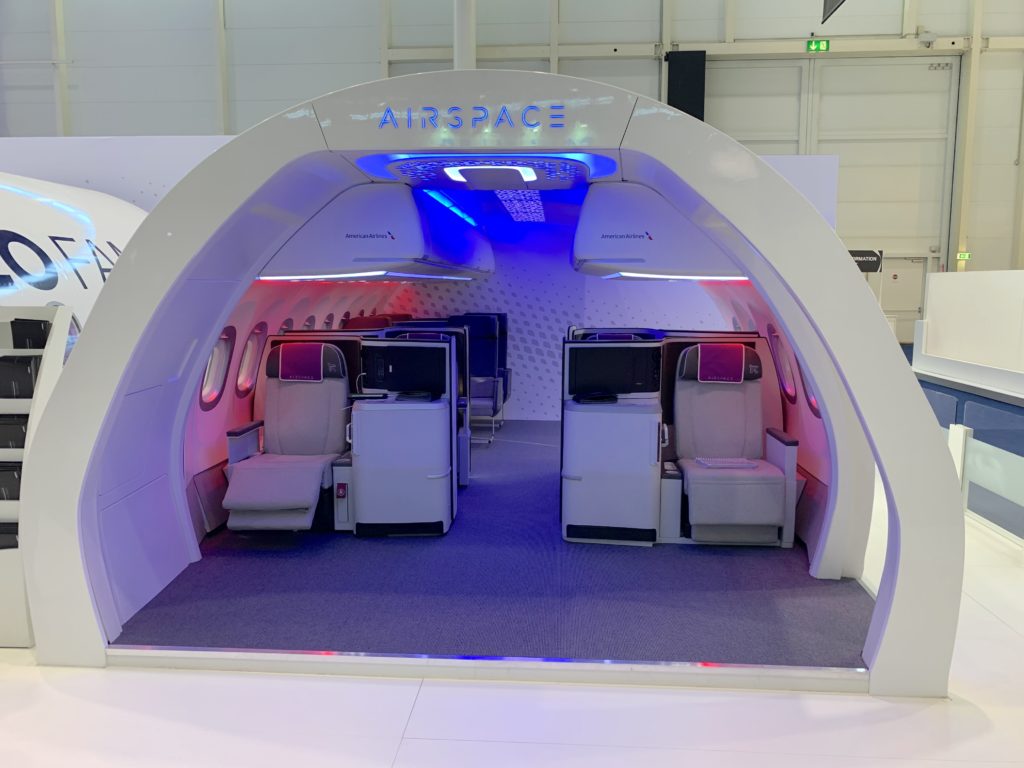 Regardless, Optimares doesn’t want to stop with Qatar’s A321. “We started developing and proposing things for the rest of the fleet, and we’ll see how it goes.”

Aviointeriors, a twelve minute drive away from Optimares under the rolling hills of the Alban Hills, is equally keen to focus on narrowbodies in addition to its research and development into blue-sky thinking about business class, explains new chief executive officer Paolo Drago.

“I’m bringing my expertise as an ex-airline guy,” Drago tells RGN. “Some of the major global manufacturers have identified us as a business manufacturer seat supplier for full-flat seats.” 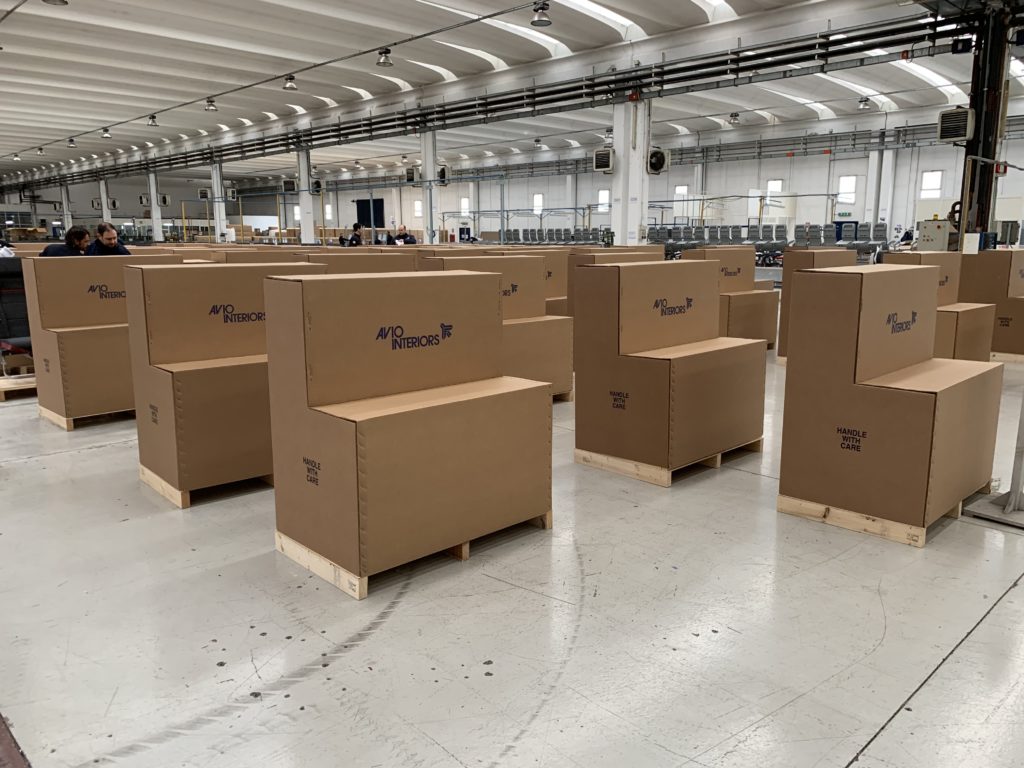 Aviointeriors is keen to expand its role within the market. Image: John Walton

That means, Drago says, “the right seat to fit into the new trends that are the A320neos — or 737 MAXs, when they are able to fly again — to have the right size of full flat for aircraft capable of the longest range.”

“We are developing and certifying the seats. One is more premium, [providing travelers with their] own space as a passenger. Others have a different design and are flying already on other platforms,” Drago notes.

Aviointeriors has been positioning itself as a new supplier alternative for some time now. Indeed, its Adagio seat was one of the biggest surprises at the Aircraft Interiors Expo earlier in the year, featuring at the very front of the Airbus A320 Airspace cabin on the airframer’s stand. Directly behind? The Settee Corner product, a new and slightly odd option where Airbus is the holder of the intellectual property and is using a third Italian seatmaker, Naples-based Geven, as its hard product partner.

In the wake of substantial consolidation — some would say overconsolidation — of the seating industry, are we in line for another Italian renaissance?