Hyper-realistic virtual reality (VR) models of aircraft cabins offer airlines and designers a new opportunity to test and promote products without having to wait for mock-ups. The technology for 3D renderings has advanced to the point that the images are nearly indistinguishable from real life. And VR platforms allow customers to explore cabin spaces without leaving home.

British Airways turned to London-based Neutral Digital to develop a VR tour of the Collins Aerospace-made Club Suite in business class on its new Airbus A350 aircraft. The VR tour, produced in advance of the product release, allowed the press and potential customers to “experience” BA’s new cabin product even before physical models were finished.

These 3D VR models not only give a realistic view of the cabin space, and show the seat functionality, but they also give a good impression of what it might be like to touch the design elements – from the textured detail of fabrics and finishes, to the precision of stitches and seams. Image: BA

Neutral Digital Chief Operating Officer Greg Caterer tells Runway Girl Network that this level of detail was possible through a close collaboration with the product team at BA.

“We have a skilled team of people at the office, in the 3D artistry team, that goes through the entire process from start to finish” with the design teams of clients, he says.

The process is iterative, with weekly sprints to review design elements, ensuring that the final digital rendering matches the production model and reflects what passengers will experience on board the aircraft.

Neutral Design and BA worked very closely to mirror the “experience” passengers can expect to have on board. Image: British Airways

After producing a full VR tour, the visual assets can be used for other promotional applications.

For example, Neutral Digital produced 4K video footage for BA which gives an overview of the aircraft, as well as a 360º cabin tour that can be played on a tablet device. It lets customers familiarize themselves without having to use VR headsets, and can be used as part of the sales flow to encourage seat upgrades.

Neutral Digital also introduced a new photo tool with visualization mode that let BA’s marketing team create new and unique visual assets, using the VR model as the baseline. This tool can render still images as digital or print assets, and can also be used to create short animated video clips to share on social media. 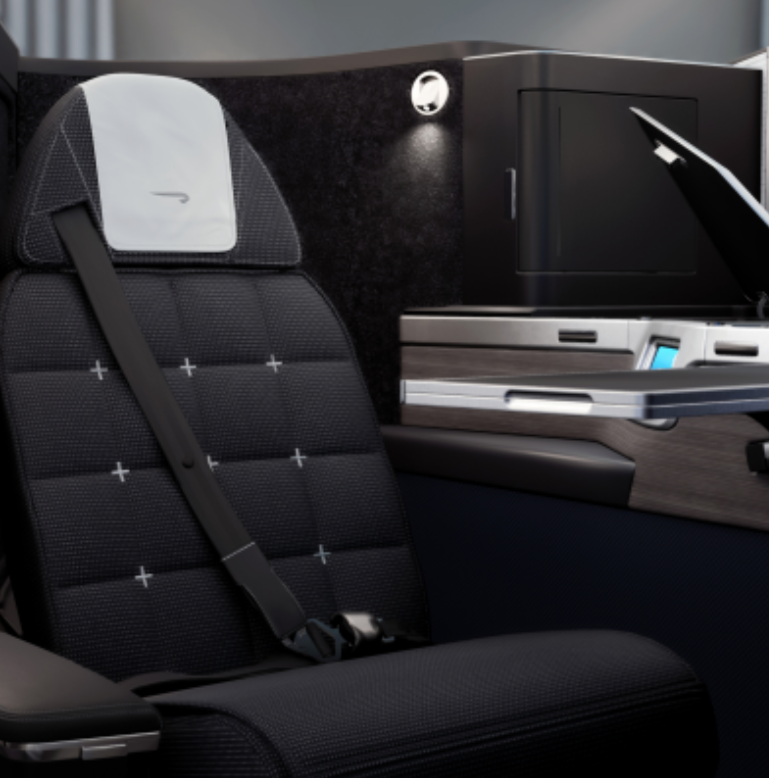 The materials and finish of the seat can be “experienced” via VR. Image: British Airways

With a VR model, an airline can also show off a new cabin at trade shows without having to ship a cabin cross-section mock-up. The VR visualization video can play on a television at the booth, giving passers-by a peek at what visitors wearing VR headsets are seeing.

There are other operational applications for VR assets, including staff training. For example, staff can train on cabin service in the new layout without having to wait for aircraft on the ground.

“[Studies] have determined that there is 75% information retention from VR. It’s the same as doing an activity,” Caterer says.

Caterer also points out that VR can also be useful in product development. It allows design teams and their clients to play with structural and CMF elements in a virtual environment and see the results of changes immediately, reducing the cost and time delay of producing various physical models.

A VR rendering of the cabin can also give a more complete view of the interplay between various design elements in the final product than looking at product samples or mock-ups alone. It’s a VR application that could significantly speed up the design process while reducing costs.

As with anything else, the devil is in the details, and the hyper-realism of the digital models that Neutral Digital has produced for BA, Cathay Pacific and others allows every detail to shine through.

Slow down, do the research for a PaxEx win on low-cost carrier AirAsia