Five decades after the launch of the Airbus A300, its direct descendent the A330neo continues to show how the design of Airbus’ first aircraft influences the passenger experience of today, and nowhere was this shown so clearly as at this year’s Paris Air Show, the same event at which the A300 was unveiled all those years ago.

From the new 460-passenger maximum capacity for the A300-900neo, to orders from Cebu Pacific and Virgin Atlantic at two extremes of #PaxEx, from the AirAsia X and Air Mauritius interiors on show at similar extremes, this evolutionary aircraft may well be the final chapter in the story of the A300, Airbus’ first jet, which celebrates the fiftieth anniversary of its programme launch at the 1969 Paris Air Show.

Design-wise, the A330 — including the re-engined, re-cabined A330neo — shares much with the A300 from a passenger experience viewpoint, notably including its 5.64m (18 feet, six inches) wide fuselage, arranged in its standard economy class 2-4-2 configuration, with a high-density version in a 3-3-3 layout.

Both configurations remain offered on the shared fuselage today, despite Airbus’ recent tilt towards suggesting that even full-service premium airlines might like to add the tighter version to their cabin portfolios. And, indeed, both layouts were on show at Le Bourget this year, giving a useful comparison. 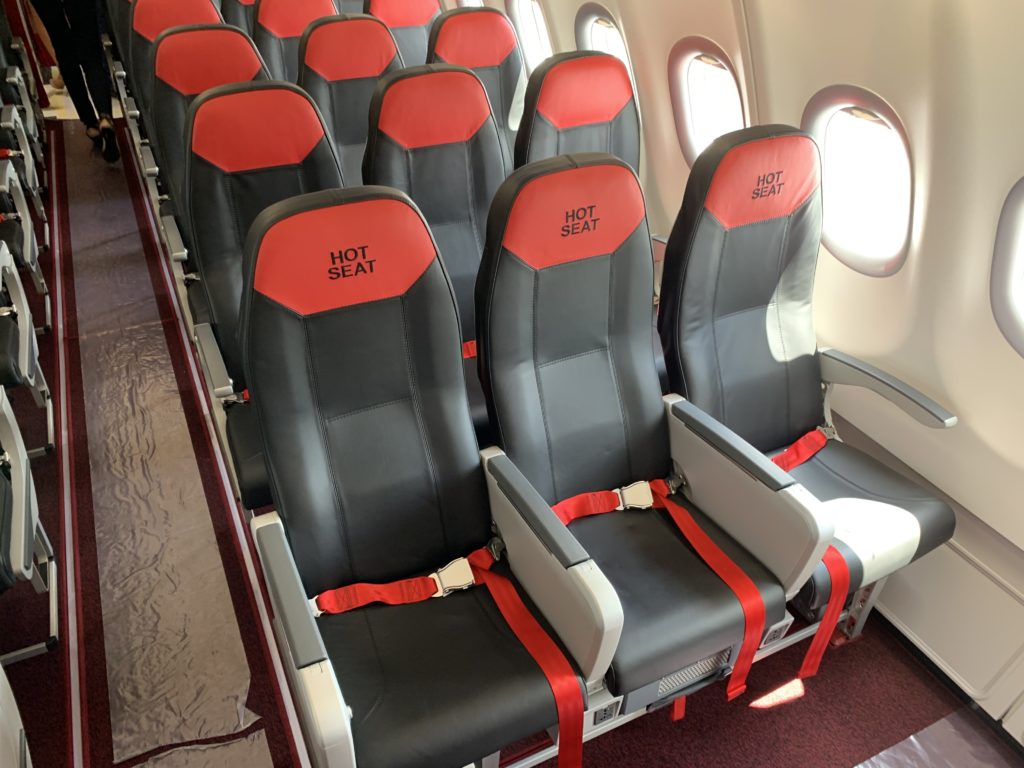 The A300 created the mold for Airbus’ ultra-narrow leisure “charter” LCC nine-abreast configuration on the fuselage that the aircraft shares with the A330 and A340. Image: John Walton

On the more comfortable, feature-filled side, it was Air Mauritius’ A330neo with its 2-4-2 configuration containing 260 economy class seats with a generous 32” pitch and an on-demand inflight entertainment system from Thales that would have astounded the designers and passengers of fifty years ago. 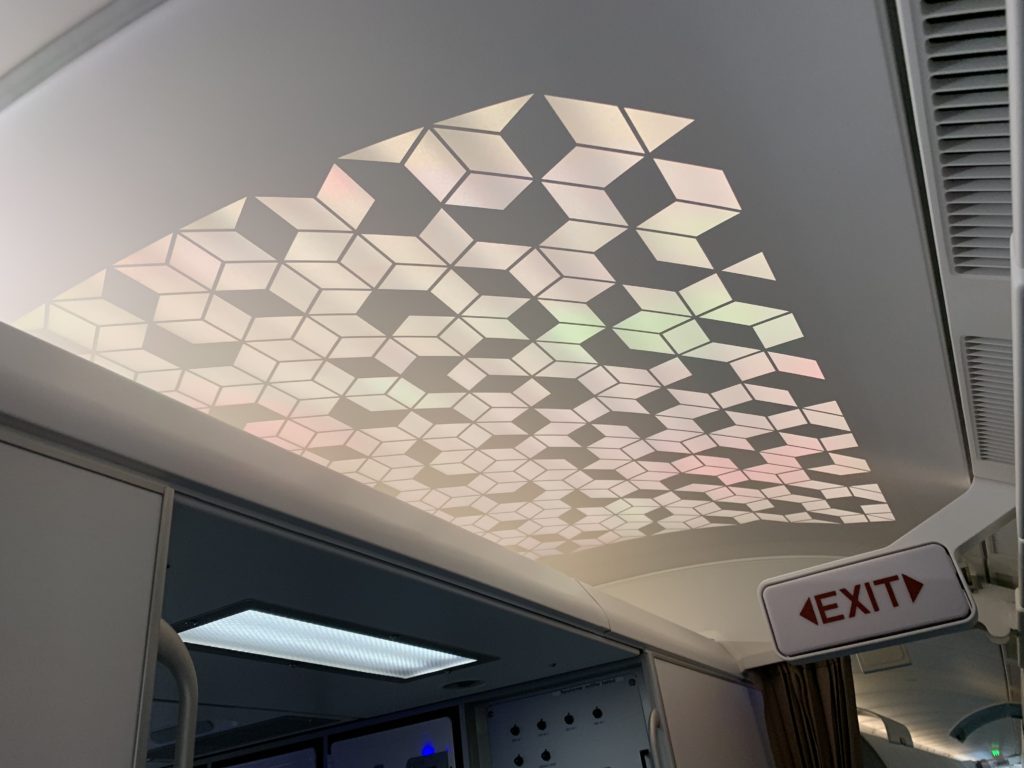 PaxEx improvements include the redesigned Airspace cabin on the A330neo. Image: John Walton

AirAsia X’s A330neo, meanwhile, isn’t quite a Cebu Pacific max-pax version, but its 377-seater is certainly up there in terms of capacity on account of the nine-abreast seating in economy class, offering over a hundred economy seats more than Air Mauritius on the same aircraft.

The only bell or whistle is a power socket, and one can’t help but wonder what the first cabin outfitters would have made of the need for that. BYO record player and pop a stack of 45s in the hat-rack? 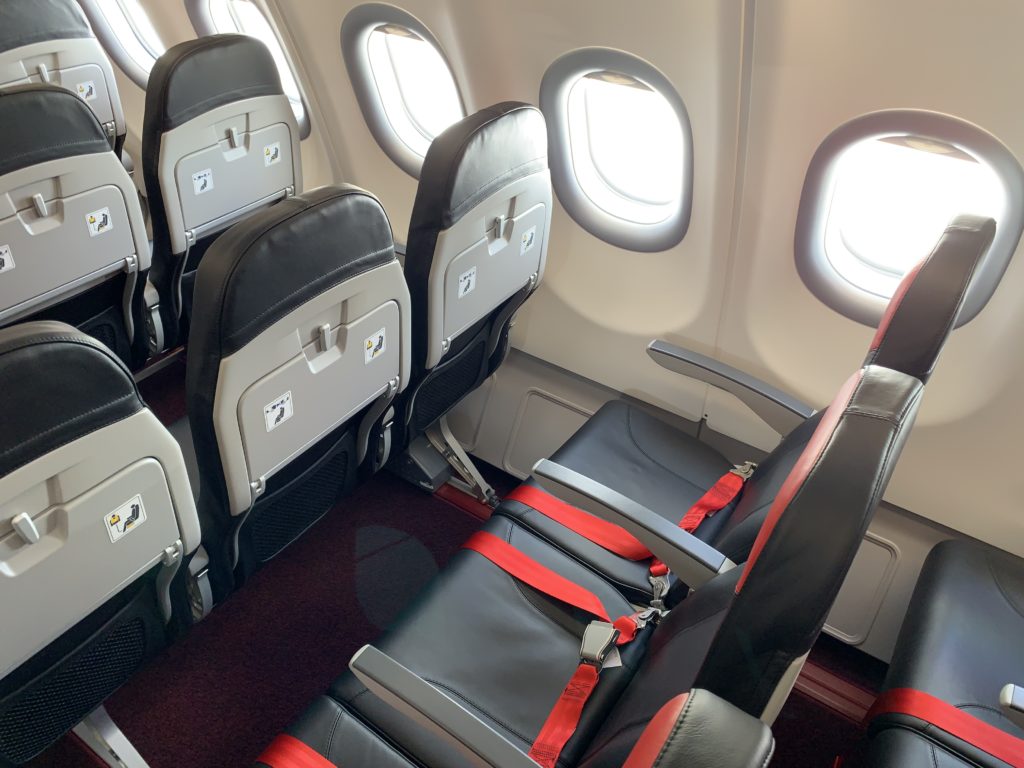 But on the basics, “now everyone can fly longhaul” is the AirAsia X motto, and indeed extending the privilege of being able to afford air travel to more passengers is one of AirAsia’s stated goals.

Larger travelers may well not have the greatest time flying longhaul down the back. In fairness to AirAsia X, though, it’s very inexpensive, the seat pitch isn’t bad even in the cheap seats, it provides a very simple way to book an extra seat, and it offers twelve angled lie-flat seats up front. 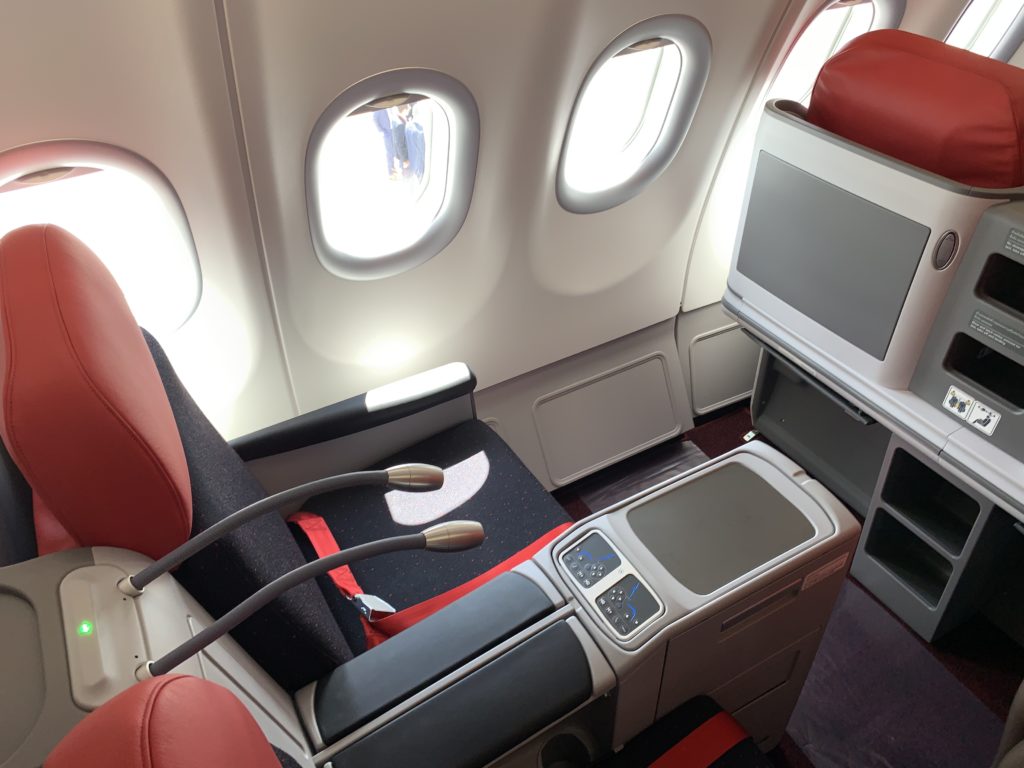 Angled lie-flat seats, as seen on AirAsia X’s A330neo, would arrive some 30 years after the A300 was launched. Image: John Walton

These seats are, as with the A300’s initial premium cabin — then first class — arranged in a 2-2-2 layout of largely recliner seats. Indeed, Air Transat, the largest western operator of A300-family aircraft in its A310s, still offers this configuration in its Club Class seating.

Today, of course, that sort of widebody recliner experience is primarily premium economy, which is universally experienced on the A330 and indeed the A330neo in a 2-3-2 layout.

From the age of squashy first class recliners to the age of space-saving staggered business class flatbeds… Image: John Walton

Up front on Air Mauritius, meanwhile, the Stelia Solstys seats are a solid staggered product in a 1-2-1 layout, the technology behind which is so far beyond what was available on the original A300 to be almost akin to magic.

But the A300 has influences beyond its direct descendants. In the early development years of the programme, the design of the aircraft that would become the A300 was much larger, with a fuselage width somewhere between the 777 and 747, and a length to sit some 300 passengers.

The A300 shrank to its eventual size partly due to market demand for smaller aircraft — shades of the A380, perhaps? — and partly due to engine availability, a subject which is of course not unfamiliar to any airframer today.

Indeed, the A350 XWB, whose -900 base model is listed at starting 300 passengers and whose “extra wide body” is at the crossroads of Airbus’ strategic passenger experience decisions, bears something of a passing resemblance to this first Airbus concept. 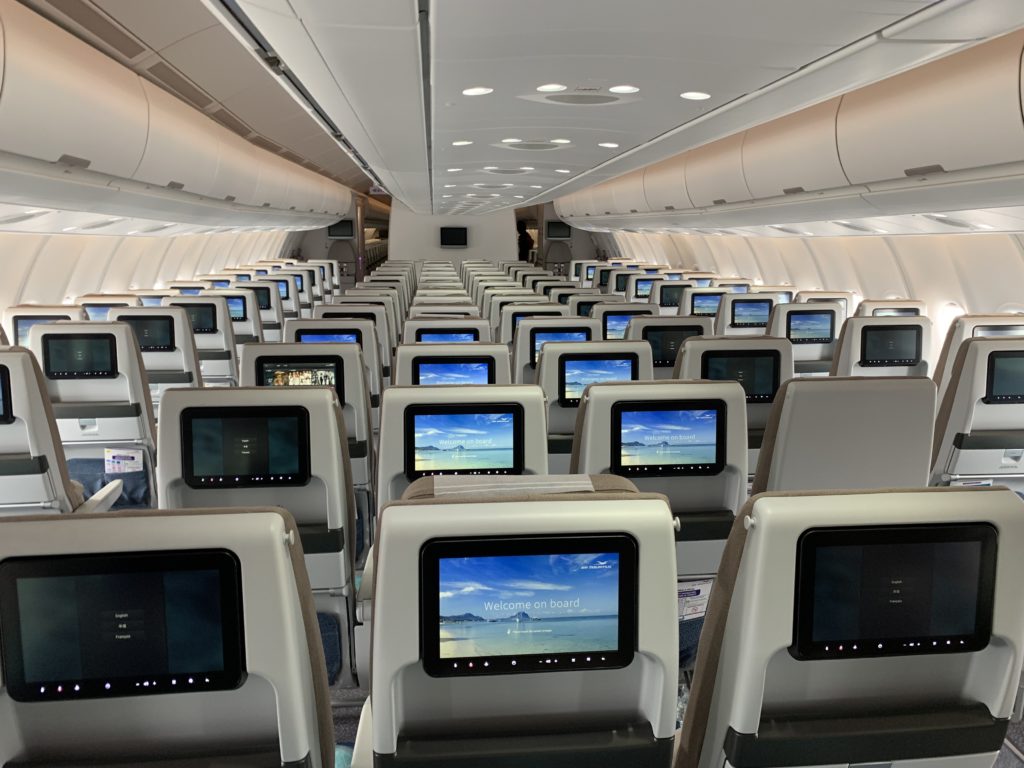 Did the creators of the A300 imagine that its direct descendent could look like this in economy? Image: John Walton