In addition to the safety video, United’s broader promotional partnership with Sony Pictures in celebration of Spider-Man™: Far From Home, in North American theaters July 2, will include one-of-a-kind Spider-Man: Far From Home-themed Polaris business class amenity kits and unique experiences for MileagePlus members to see the highly-anticipated summer blockbuster through MileagePlus Exclusives.

The video highlights United’s enduring commitment to the safety of all our employees and customers who are “far from home”. In addition to United employees providing instruction on what to do in the event of an emergency, the video features MileagePlus members who bid miles for the unique opportunity to appear in the video and special appearances by cast members from this summer’s highly anticipated film.

“For decades, Spider-Man has consistently shown the importance of using power to do good and to keep the public safe. We also believe that our greatest responsibility is to keep our customers and crew safe on board our aircraft,” said United’s Vice President of Marketing, Mark Krolick. “We are excited to have Spider-Man and his friends, along with our employees, bring new attention to the inflight safety video and creatively engage customers on such an important announcement.”

The video begins with villains entering a corner store and causing ‘turbulence’ with their disruption to Mr. Delmar, played by Hemky Madera. The deli scene includes a framed photo of Stan Lee, honoring the immense impact he had on the Marvel community. Customers will also notice the recently announced updated United livery displayed on the animated 787-10 aircraft, prior to customers learning the locations of the exits. Next, Peter Parker’s best friend Ned, played by Jacob Batalon, shares a scene with United CEO Oscar Munoz as the villains head into a nearby theater to escape Spider-Man. In one of the final scenes, Eugene “Flash” Thompson, played by Toni Revolori, helps to demonstrate that cell phones and large devices should be put into airplane mode prior to take-off. This fast-paced and entertaining video concludes with Spider-Man ensuring that everyone is safe and settled as their journey begins.

On Lee’s cameo, Gill Champion, President of Stan Lee’s POW! Entertainment went on to say, “Stan loved doing his cameos and would love to know they are continuing, so we were thrilled to work with Sony Pictures and United Airlines to make this happen for both Stan and the fans.”

Beginning in June, United customers traveling in Polaris business class will receive a limited-edition Spider-Man: Far From Home themed amenity kit, which will feature Spidey-branded comfort products including an eye mask, socks, tissues, ear plugs, a toothbrush and a pen alongside luxury skincare products, designed exclusively for United customers. Starting today on MileagePlus Exclusives, members are able to bid award miles on a one-of-a-kind experience to attend the Spider-Man: Far From Home premiere in Los Angeles on June 26. This opportunity will give a member access for two to attend the premiere, red carpet event and afterparty. Members also have the ability to use miles to attend a pre-release screening of Spider-Man: Far From Home in one of United’s seven hub cities. 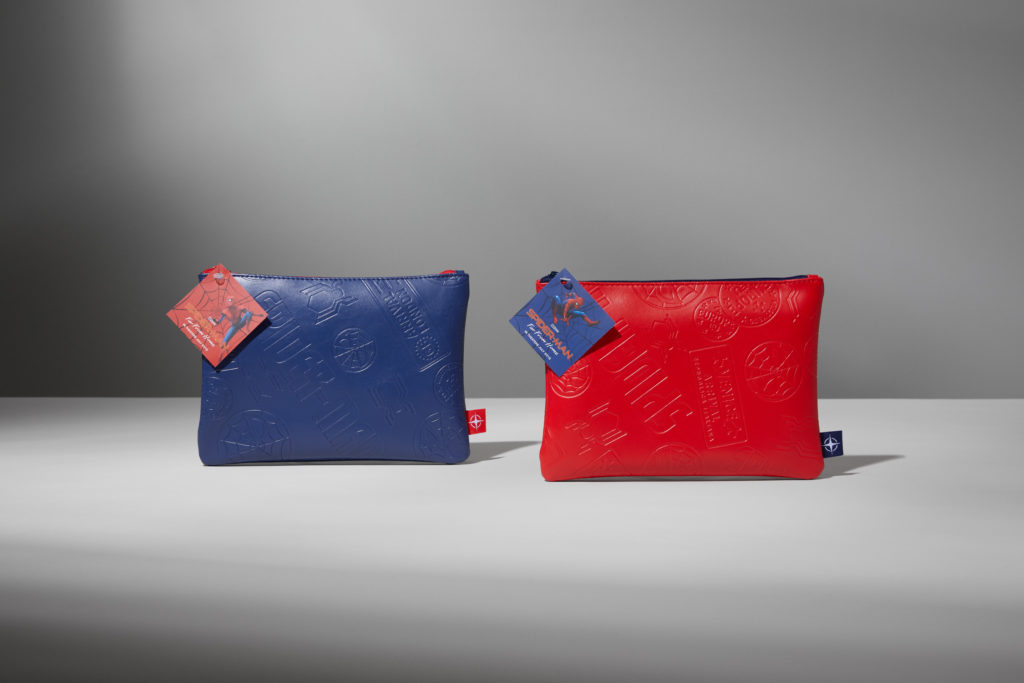 In 2019, United is focusing more than ever on its commitment to its customers, looking at every aspect of its business to ensure that the carrier keeps customers’ best interests at the heart of its service. In addition to today’s announcement, United recently announced that luxury skincare line Sunday Riley will make products exclusively for United customers to experience in amenity kits, released a re-imagined version of the most downloaded app in the airline industry and made DIRECTV free for every passenger on 211 aircraft, offering more than 100 channels on seat back monitors on more than 30,000 seats.

United’s shared purpose is “Connecting People. Uniting the World.” We are more focused than ever on our commitment to customers through a series of innovations and improvements designed to help build a great experience: Every customer. Every flight. Every day. Together, United Airlines and United Express operate approximately 4,900 flights a day to 355 airports across five continents. In 2018, United and United Express operated more than 1.7 million flights carrying more than 158 million customers. United is proud to have the world’s most comprehensive route network, including U.S. mainland hubs in Chicago, Denver, Houston, Los Angeles, New York/Newark, San Francisco and Washington, D.C. United operates 779 mainline aircraft and the airline’s United Express carriers operate 569 regional aircraft. United is a founding member of Star Alliance, which provides service to 193 countries via 28 member airlines. For more information, visit united.com, follow @United on Twitter and Instagram or connect on Facebook. The common stock of United’s parent, United Continental Holdings, Inc., is traded on the Nasdaq under the symbol “UAL”.

About Spider-Man™: Far From Home

Peter Parker returns in Spider-Man™: Far From Home, the next chapter of the Spider-Man™: Homecoming series! Our friendly neighborhood Super Hero decides to join his best friends Ned, MJ, and the rest of the gang on a European vacation. However, Peter’s plan to leave super heroics behind for a few weeks are quickly scrapped when he begrudgingly agrees to help Nick Fury uncover the mystery of several elemental creature attacks, creating havoc across the continent!