The British Airways operation between London and New York is the world’s sole billion dollar route. BA has tough competition, though. Delta, Virgin Atlantic, United, joint venture partner American Airlines and even Norwegian all fiercely compete for the most premium of premium passengers on this highly coveted route. On a recent flight between London Heathrow and New York JFK, I wanted to see how British Airways attempts to provide a higher level of onboard service, and how it seeks to differentiate itself from the rest.

Much ink has been spilled about the Galleries Lounge at Heathrow, so I won’t go into much detail about it here. The lounge, while sufficiently stocked with perfectly acceptable food, wine and snacks, always feels overcrowded. It was a bit tricky to find space to sit, but thankfully the lounge staffers were very attentive and cleared off vacant tables quickly for guests.

Boarding was announced just a few minutes ahead of time to maximize passengers’ duty free shopping. And passengers queued up in front of an awaiting Boeing 777-200 at the gate. Unfortunately, that particular 777 was not the aircraft assigned for the flight to JFK. Rather, passengers were led down what basically amounted to an emergency stairwell to board buses to a remote hard stand. But the bus was not actually present when passengers filled the stairway, leading to a borderline unsafe wait as they carefully balanced their bags on the stairs.

I observed quite a number of premium passengers complaining about having to walk down a flight of stairs with their bags, board a bus and then walk up the air stairs onto the aircraft. Even a slight warning from gate staff that this would be the evening’s procedure would have been welcome. A premium boarding experience this was not.

Once on board, I immediately realized that the aircraft was still sporting the extremely out of date Rockwell Collins inflight entertainment system, with diminutive screens by modern standards and a reputation for not working on many flights.

As British Airways refurbishes its Boeing 747-400 fleet, this IFE system is thankfully becoming a thing of the past, but I could not help but wonder why the airline would assign a 777 with its absolute oldest cabin to such a premium route. Thankfully, the system was working (for me) on this particular flight, but the low screen brightness was an issue even on this nighttime flight. On the plus side, the system was well stocked with recent release movies and a great backlog of television shows. 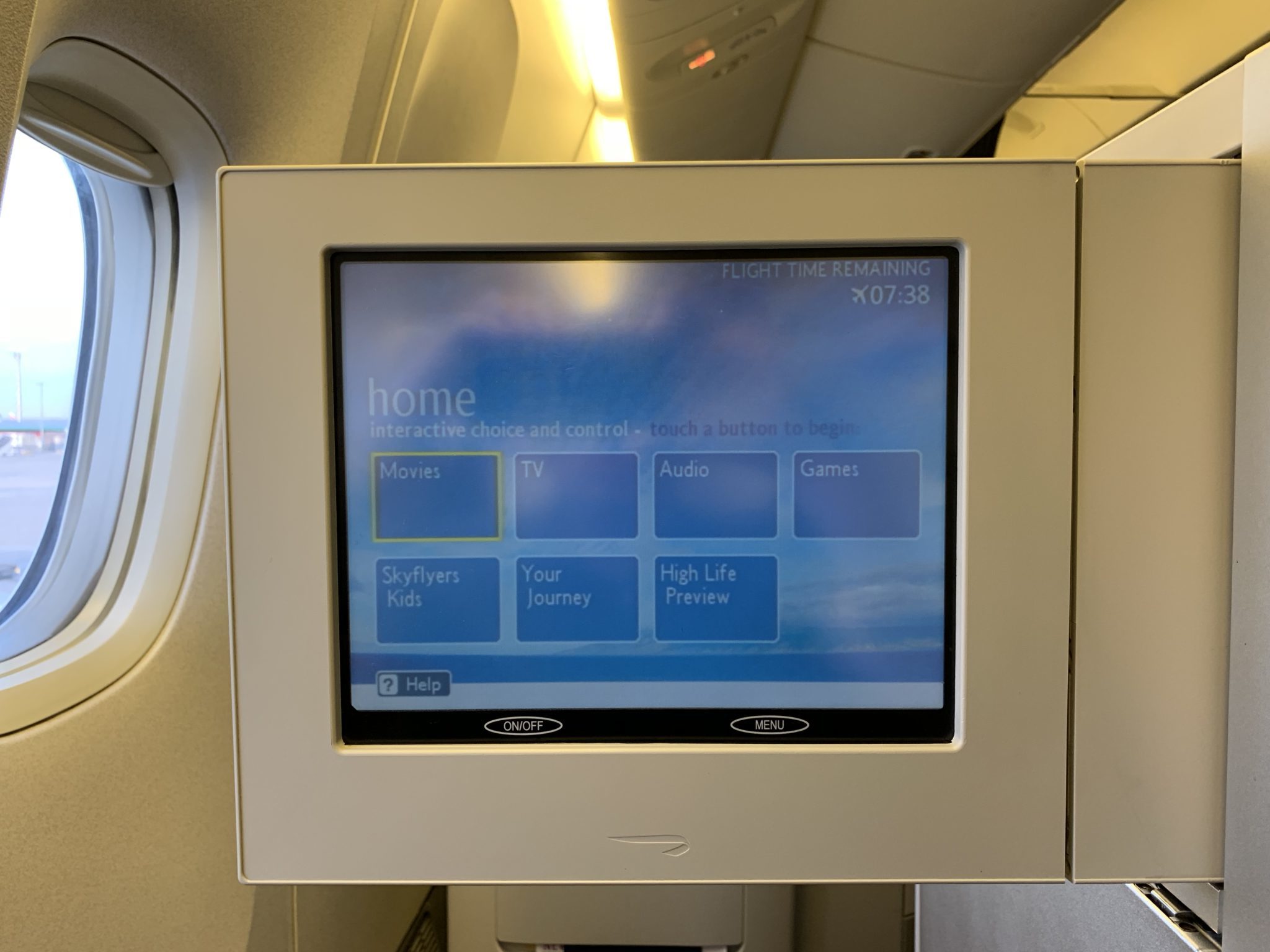 When it comes to business class seating, British Airways was well ahead of the fully-flat seat curve. While the design is efficient and may have been cutting edge in the 1990s, it is woefully lacking in personal space when compared to almost any competing product.

Once the flight attendant raises the partition and ends that awkward face-to-face stare down with your neighbor, passengers are left with no flat surfaces to put items, other than the tray table. When I reclined the seat to take a nap, I found absolutely nowhere to put my glasses, forcing me to wear them. This could have been solved over the decades with a small piece of plastic or metal to hold a pair of glasses, but that was never done. A simple usability issue can have a lasting impression on passengers, and in this case, a physical impression from my glasses being squished up against my face. 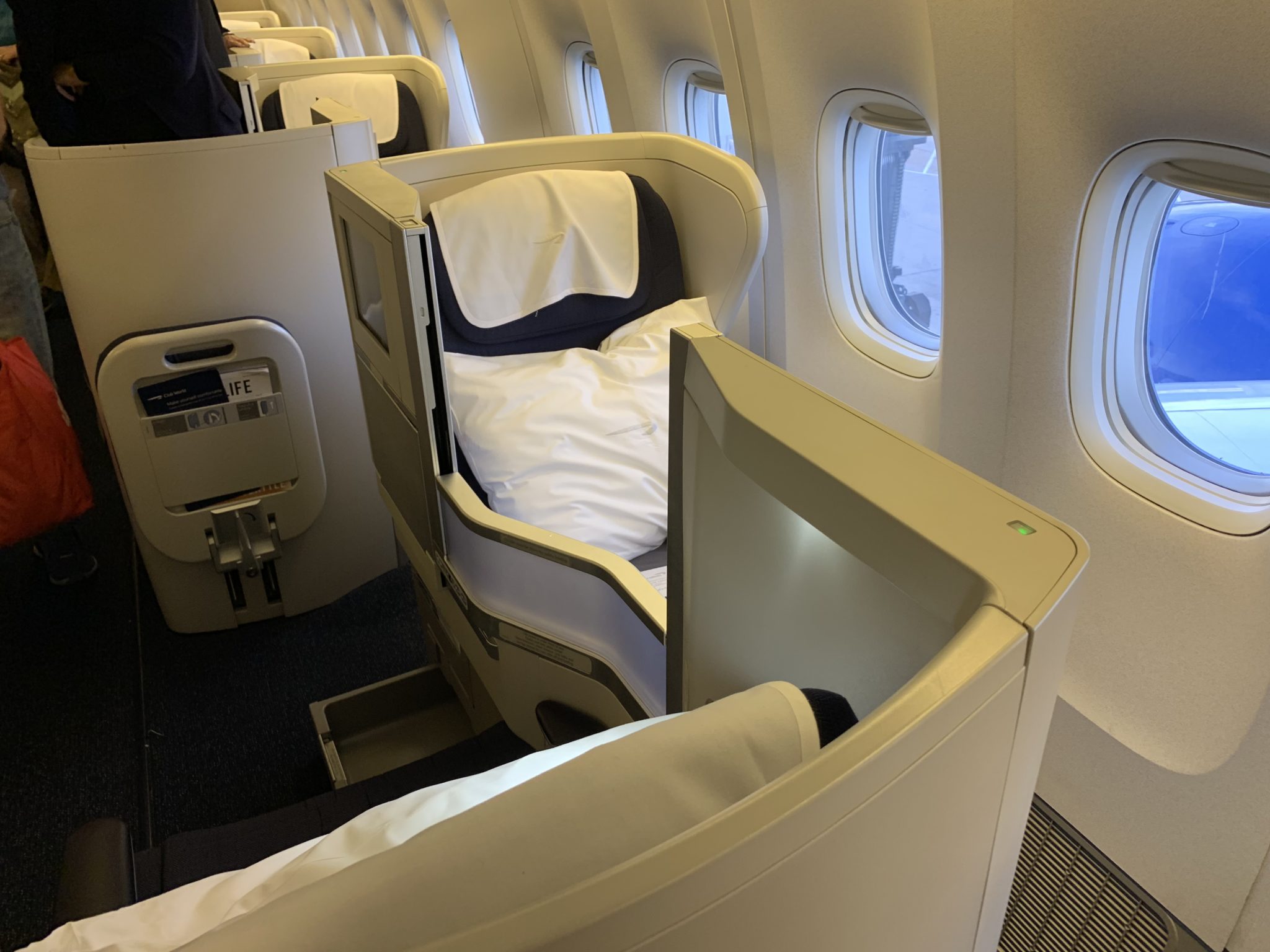 There is not a lot of personal space in this business class seating. Image: Jason Rabinowitz

A new addition to the premium seat experience is a bedding kit made by The White Company, as reported by RGN. Because of the lack of storage space in the seat, the large kit had to be stored in the overhead bin for takeoff, but the flight attendants happily retrieved them shortly after takeoff.

The pillow and blanket were sufficiently fluffy and comfortable, but I didn’t personally feel as if they stood out in any particular way. The addition of a seat pad is a good idea, but the execution is severely lacking. With no way to secure the pad to the seat, it immediately slides out of the way and becomes clutter. It either needs to be secured to the seat somehow or simply removed from the equation. 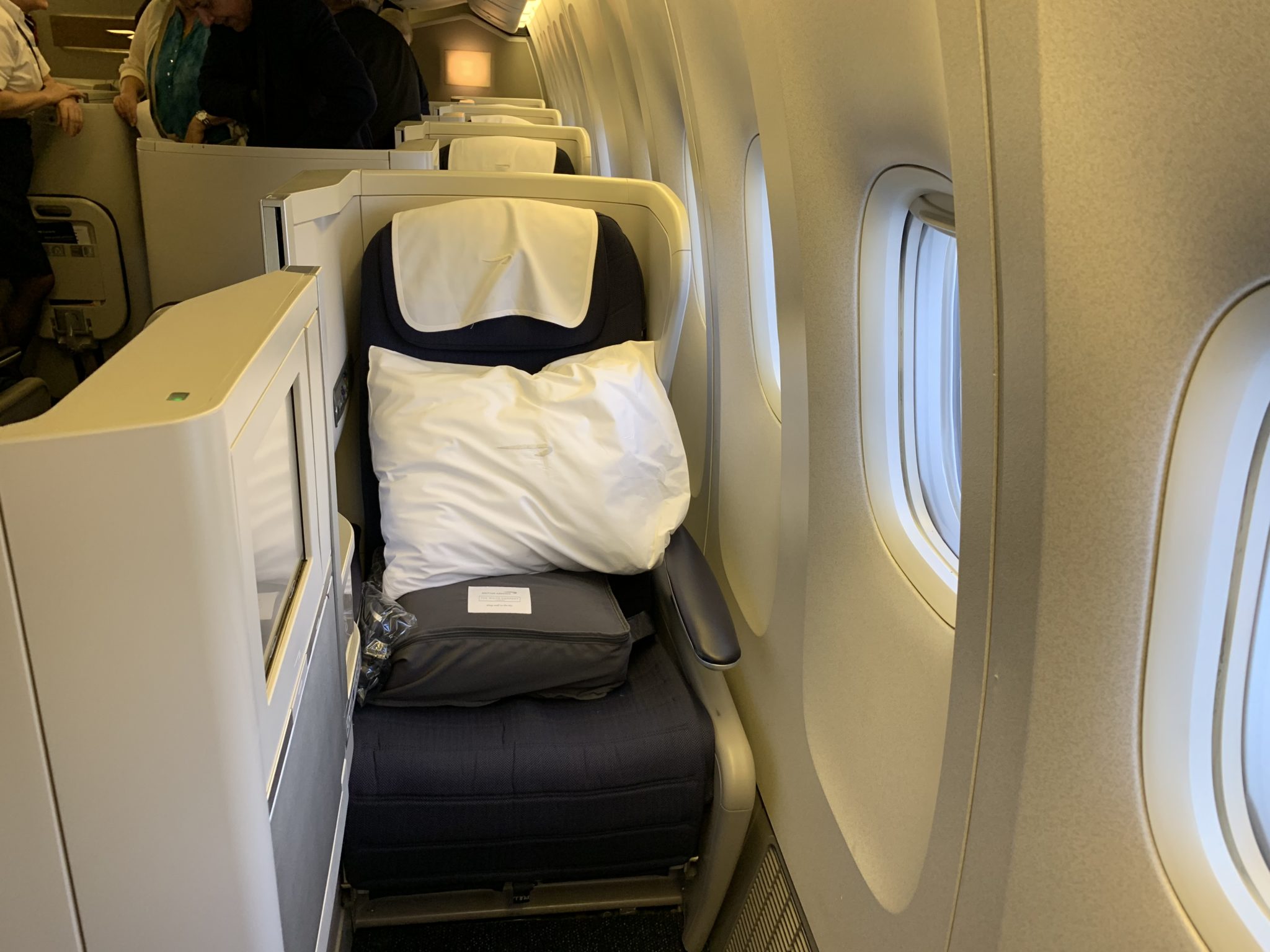 Bedding by The White Company was comfortable, though the seat pad slides down. Image: Jason Rabinowitz

One area where I did find my BA experience to be quite pleasing was the onboard catering. For the Heathrow-JFK route specifically, the airline has tapped DO&CO to provide a meal service that is a step above the rest of its route network.

The rest of the network will be slowly converted to DO&CO through 2020, but flying to JFK provides a unique experience on the airline. I was able to pre-order my meal through the BA website, and was slightly surprised to see the order actually got through. All too often I find airlines are capable of taking a pre-order, but fail to actually execute on said order.

I opted for the salmon gravlax to start, and the grilled Welsh lamb cutlets for the main dish. The starter, while tasty, gave an incomplete visual appearance. Half of the plate was served empty, so the dish just seemed as if it was missing an element.

The lamb cutlets, served bone-in, were quite a treat. The thyme jus complemented the meat perfectly, while the potato au gratin and crushed peas were the perfect side. I waffled a bit on the dessert options but settled on the warm chocolate tart, which I highly recommend. 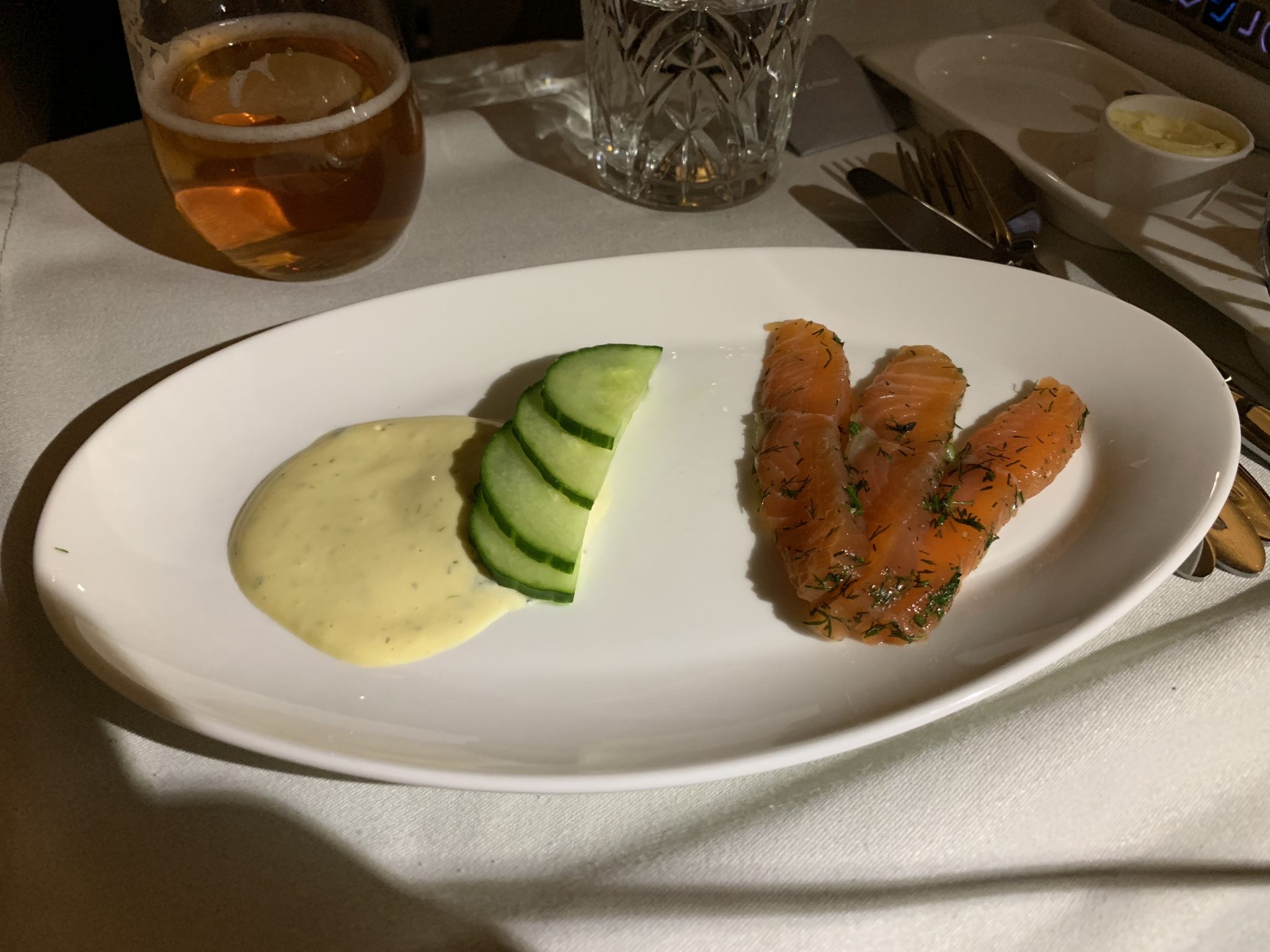 Editorial Disclosure: The flight was provided by British Airways. All opinions and accounts of the service come solely from the author, under no obligation or influence from BA.