Boeing continues the process of firming up its next-generation middle-market aircraft, which it has been calling the NMA, an acronym where the N and A stand for “new airplane” and the M has been quoted to stand for “market”, “midsize”, “middle-of-the-market”, among others. The twin-aisle aircraft is to compete with the Airbus A321neo in the capacity and performance spaces between today’s narrowbody and widebody aircraft, and is expected to resemble Boeing’s 767 in size, if not capabilities.

At the Farnborough Air Show, Runway Girl Network asked to speak with Boeing executives about their plans for the passenger experience side of the NMA. Boeing declined, with a media representative consulting the company’s commercial airliner representatives and telling us outright to “come back in four years”.

“We’re optimising the fuselage for passenger comfort, is what we’re doing,” Mounir said. “That was my comment about the A321, being in it for eight hours.”

Mounir had suggested passengers would not want to spend longhaul flights in a narrowbody aircraft, in a sort of sideways shot at Airbus’ remarkably successful A321neo, including the A321LR and a much-rumoured capability-boosted stretch, purportedly the A321XLR. The airlines producing impressive passenger experience products in narrowbodies — JetBlue, for example, or all-Boeing customer flydubai — might show demonstrated evidence to the contrary.

When pressed on the NMA’s passenger experience, Mounir conceded that “we’re talking about a twin-aisle airplane. The whole premise of the NMA is twin-aisle comfort with the economics of a single aisle. That’s the premise.”

Yet Boeing’s track record in twin-aisle comfort is poor in the last four decades since the 767, which the NMA is expected to resemble in capacity. The vast majority of 787 and 777 operators use the narrower nine- and ten-abreast configurations, respectively, which receive notably poor reviews from passengers. Some of the savviest travelers are actively booking away from these types when flying economy.

RGN put the point about widebody comfort and the nine-abreast Dreamliner to Mounir, who said, “that’s different. You’ve got to think about the capability that comes through the 787. The capability that people wanted in the 787 was two things: one is passenger comfort, the capacity, the economics of the seats, but they also wanted the range. When you do the range, and you have a lot of structure into the airplane because of the range, because you need to carry a lot of fuel to fly long, that extra structure gives you the ability to go for cargo as well.”

With passenger comfort seemingly only a priority on the fewer than 40 Japan Airlines 787s offering the 2-4-2 layout, across the entire fleet of nearly 700 Dreamliners already produced, this wish does not seem to have been fulfilled. 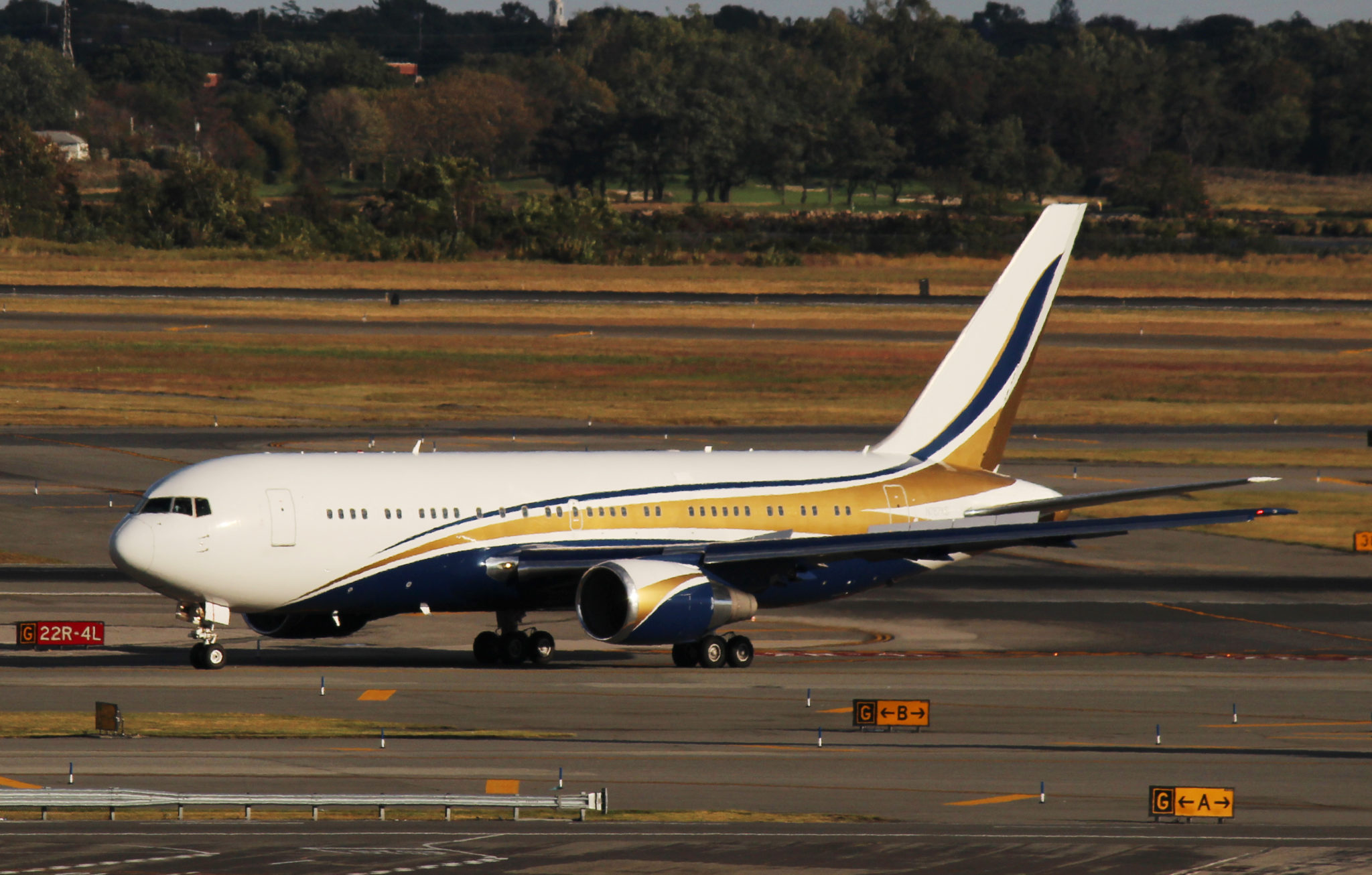 Boeing’s NMA is expected to resemble its 767, and is likely to sit around the size of this 767-200, the smallest version of the 767 family. Image: John Walton

The 787’s largest customer, All Nippon Airways, also operates the 787 internally within Japan, in the nine-abreast version, but it is notable that the other widebodies Mounir mentioned offer markedly wider seats in their standard and most widely used configurations than Boeing’s current range of airliner products.

The Dreamliner, Mounir said, is “sub-optimised for — what you’re doing is carrying the structure that allows you to do seventeen hours. That’s the premise,” Mounir said.

Yet this argument stands in direct contrast to the Dreamliner’s recent win over Airbus’ A330neo in Hawaiian Airlines’ fleet replacement exercise, which seem set to primarily serve mid-haul routes between Hawai’i and the US west coast. Indeed, Mounir was wearing a Hawaiian shirt in celebration of the win’s formal announcement at Farnborough on the final day of the airshow. 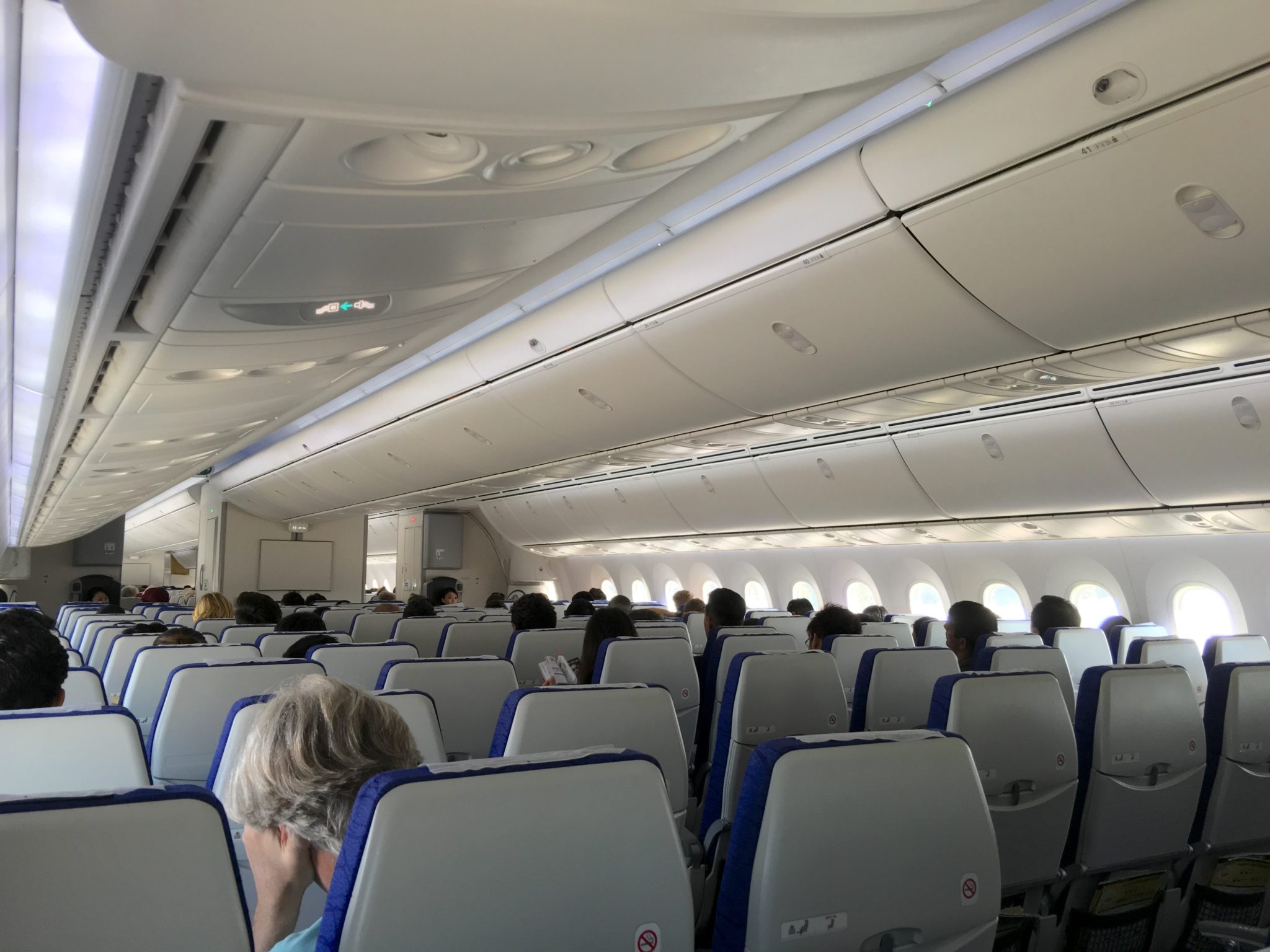 Pressed further for details of the NMA, Mounir said “We’re looking at optimising the cross-section, giving you the best cross-section for passenger comfort, while not carrying more structure than you need.”

RGN asked Mounir if Boeing was planning to give airlines the choice to add one extra seat on the cross section, like the 787 — a choice which almost all operators made.

“We’re looking at — we’re talking to customers. Nothing is firm. We’re going through iterations; we don’t know yet how it’s going to end up.”

From the viewpoint of the passenger experience, it is disappointing that Boeing at this current stage of development has failed to set #PaxEx red lines, or make any acknowledgement of just how uncomfortable the 787 is in its nine-abreast configuration.

Given Boeing’s previous form in creating airliners that talk a passenger comfort marketing talk but do not walk the airline economics reality walk, flyers might have hoped for at least some demonstrated understanding of the problem or positive statements for the future. 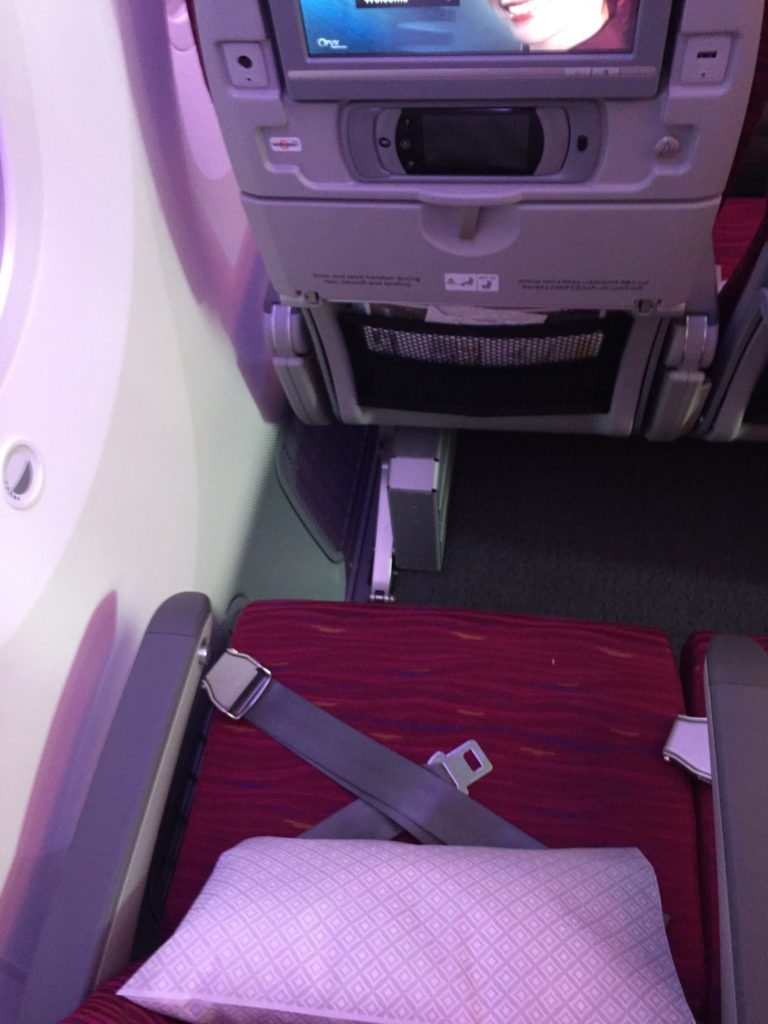 To say the nine-abreast 787 economy passenger experience does not meet with universal acclaim would be an understatement. Image – John Walton