Cross-channel high-speed train operator Eurostar is adding a second cocktail bar to its lounge portfolio, with the London bar due to open in August. It throws down a gauntlet to the airline world, which struggles to offer a competitive product for premium travellers on the very short hop between London and Paris. The new addition is just the latest part of a package that substantially exceeds what’s offered on the airline side of the game — but how can airlines catch up?

Eurostar’s cocktail bar is a highlight of Paris lounge at Gare du Nord, and adding one at London St Pancras is a big plus for PaxEx — and a big sign that Eurostar is serious about its business travellers, who are tempted by the swift yet productive 2h15m journey between the two city centres.

Flights, meanwhile are timetabled to around 1h10 minutes, but usually complete the actual flying portion of the trip in half that. With travel time to airports in London and Paris taken into account, plus the delays and inefficiencies of the airport part of the passenger experience equation, that’s a lot of time where passengers are stuck twiddling their thumbs in an uncomfortable seat.

With time spent on the aircraft so short that the impact of passenger experience investment is minimal, it seems predictably unsurprising that the major airlines hardly seem to bother to differentiate themselves from the low-cost carriers operating on the same routes.

The bottom line for many passengers — myself included — is this: I have the airline option of trekking out to the airport, waiting and queueing, sitting in an uncomfortable seat where I’d have to tap at my laptop dinosaur style (and even then only after the seatbelt sign goes off), mostly can’t charge any devices, and can’t get online, before trekking in from the airport. Or I have the train option of sitting in a comfortable seat with full AC power, connectivity and a table large enough to easily use a laptop, city centre to city centre.

For the increasingly lucrative premium leisure market, the train is simply a more relaxing start and end to a holiday.

A key way airlines could differentiate is the lounge, but Eurostar is winning hands down here too. 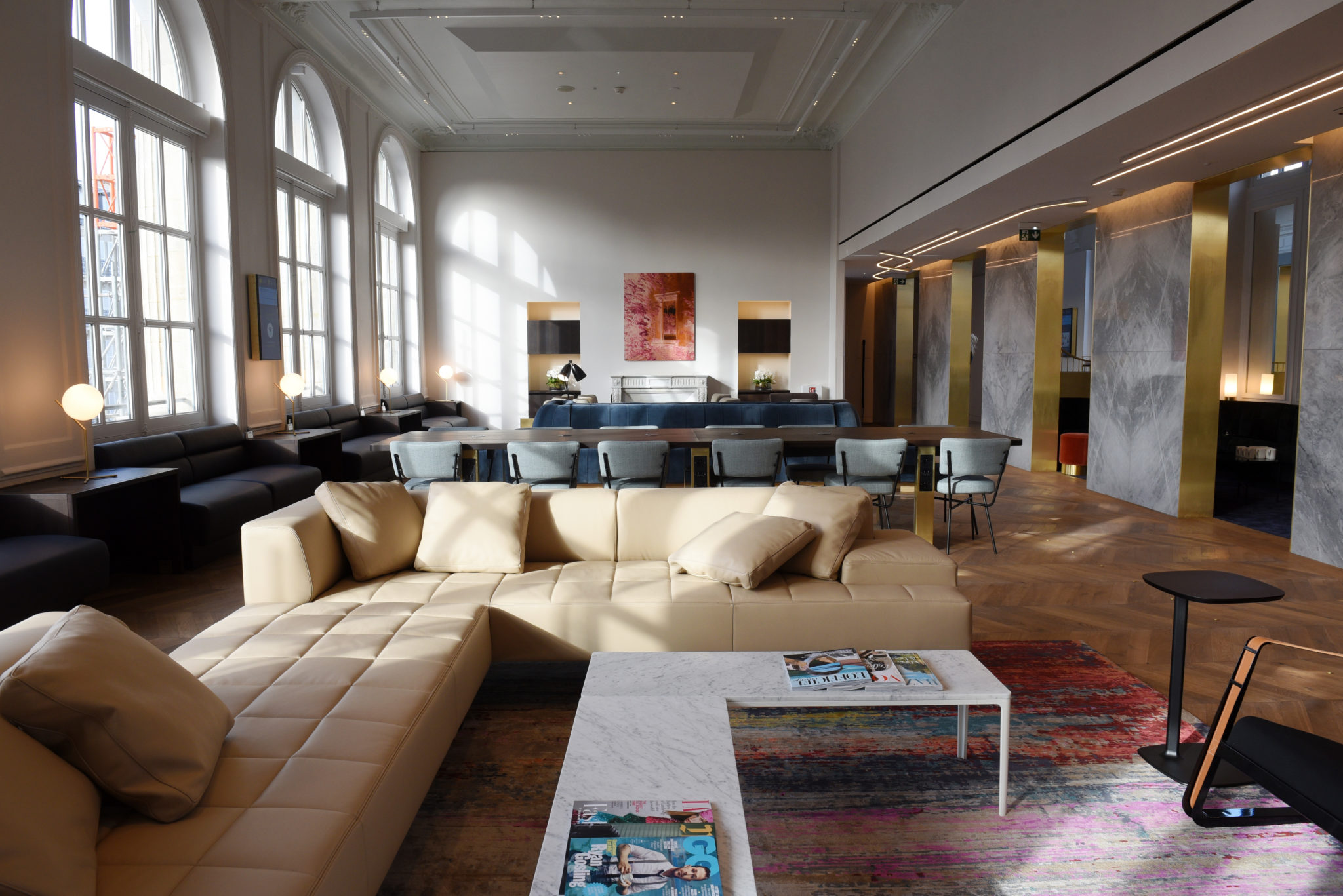 While few business travellers will head to their home airport in either London or Paris early in order to while away time in the lounge, that’s not always the case, even for traditional office workers: a lounge can be just as productive as a hot-desking office.

In summer months in particular, it can be a substantially more pleasant experience to head to the airport early in the day or before the afternoon rush, especially with nonexistent or feeble air conditioning on public transport.

On the return, a lounge can make a good ad hoc work station in order to send swift and immediate followup from a meeting, to strike while the mental iron is hot, or — increasingly — to wait for an unchangeable return flight since airlines’ flexibility breaks the budget (or the travel policy) for many passengers.

Eurostar’s lounges are deservedly popular, with design that beats either British Airways or Air France’s offerings in London, which are outdated. BA’s Terminal 5’s business lounges have hardly been updated in the last decade and show it, while Air France uses the T4 SkyTeam lounge that is also approaching ten years old and could use a refresh. 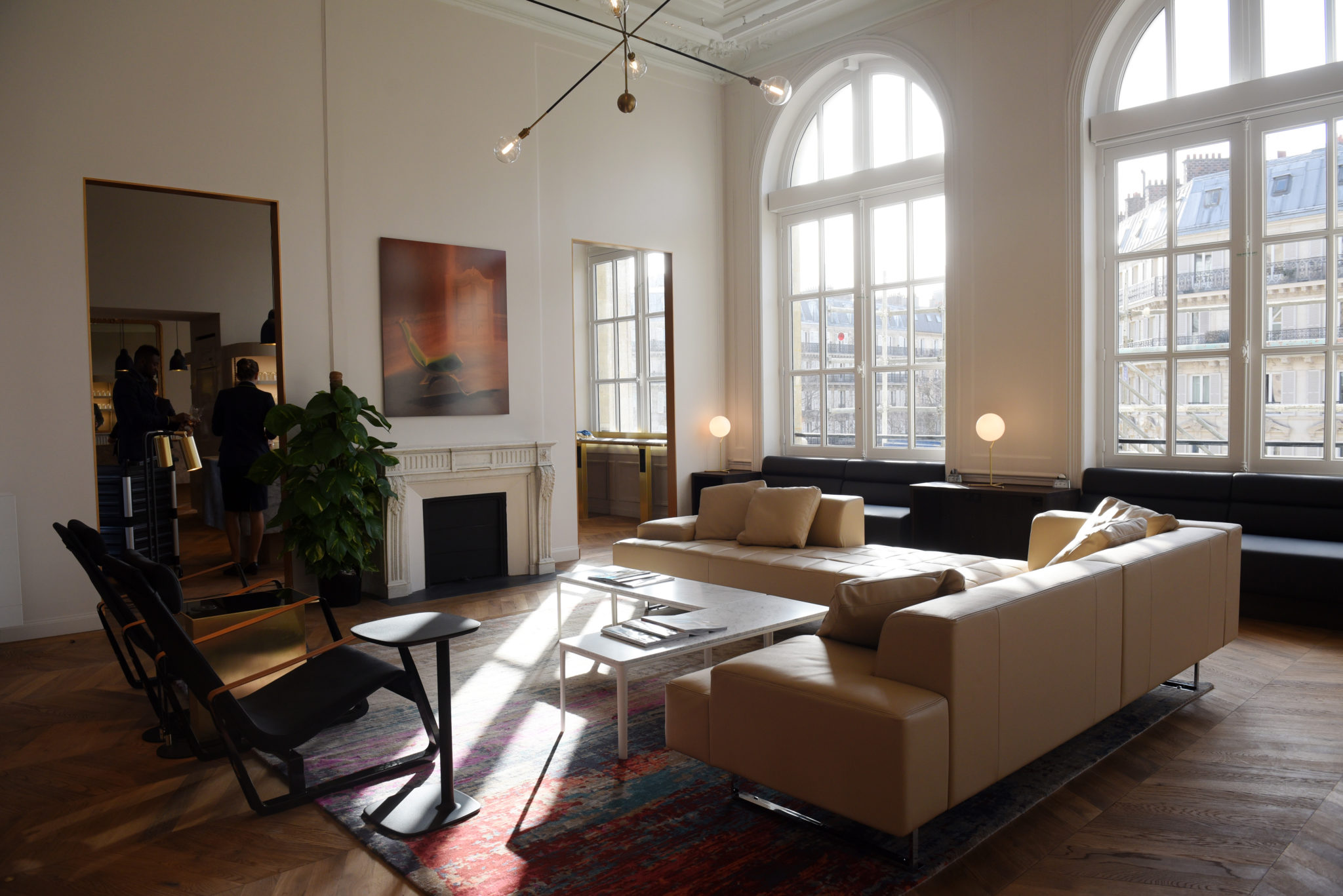 With a range of seating and work spaces, Eurostar’s lounges are certainly a pleasant space to spend some time. Image: Eurostar

Paris’ Charles de Gaulle lounge game is a good bit more impressive, with the Cathay Pacific lounge accessible to BA passengers an above-average option, but only Air France’s very latest Paris CDG lounge, which is available in only one pier of the airline’s expansive terminal, can match Eurostar’s tended bar offering, and even then that bar is only open for a couple of hours in the evening. 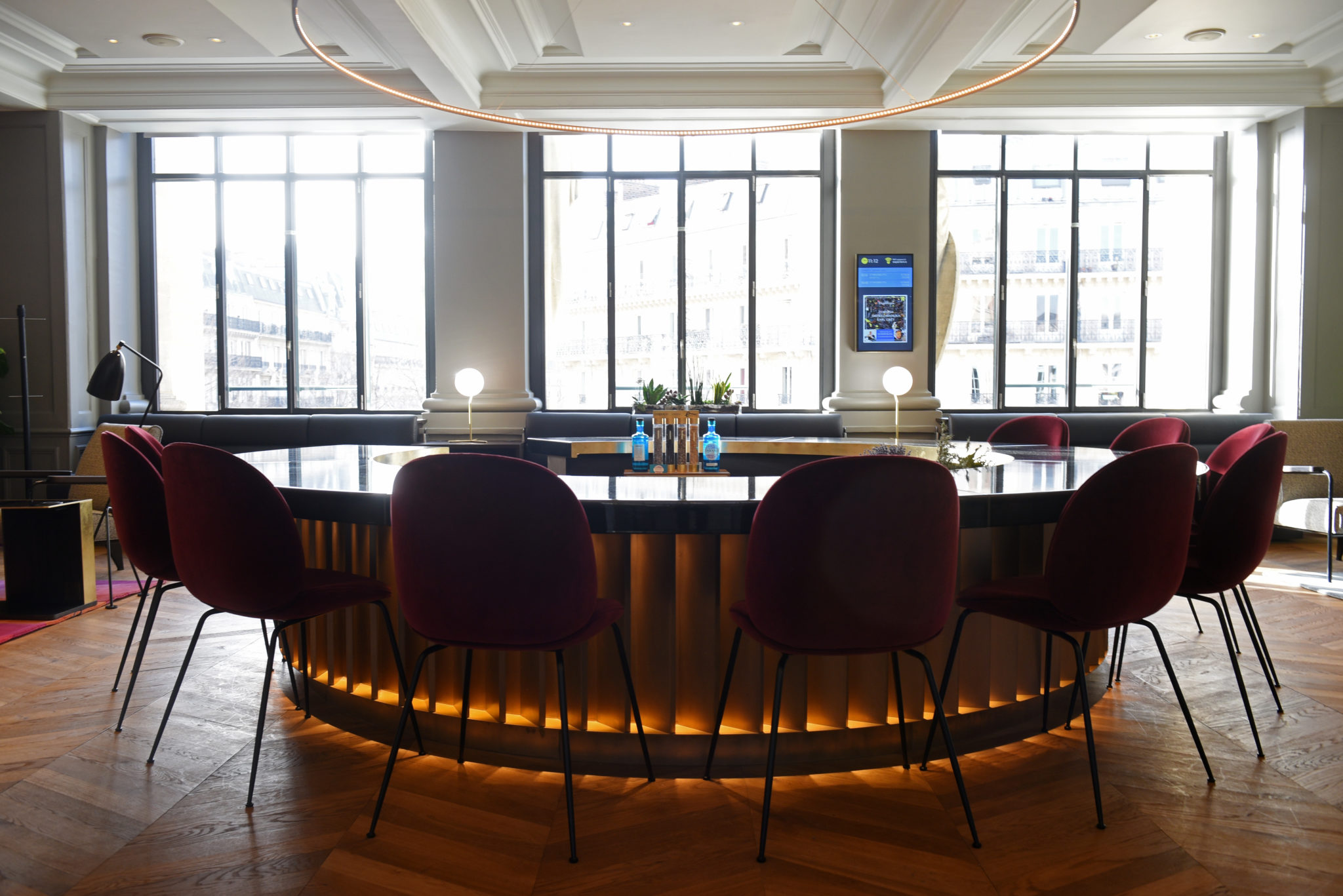 A bar is a plus for both premium leisure passengers and business travellers winding down before the journey home. Image: Eurostar

London City, the airport on the British capital’s financial district side popular with many business travellers for its convenience, doesn’t even have a lounge.

Not so Eurostar, which provides a thoughtfully designed variety of spaces for its customers, plus a decent range of food and drink — including, in Paris and London, custom mocktails and cocktails including its signature Angélique, created with celebrity partner chef Raymond Blanc, containing “our lavender-infused Toujours 21 gin, Cointreau, Chartreuse, honey, chardonnay and fresh lemon juice”.

Try finding that in an airline lounge…. Image: Eurostar

It feels almost as if airlines are giving up on attracting London-Paris traffic, concentrating instead on trying to steal each other’s nonstop traffic by offering lower connecting fares. But with competition in the Channel Tunnel now on hold, Eurostar appears to be competing mainly with itself, leaving airlines to decide their next move: to try to offer a matching level of convenience, comfort and amenities — or to fold.

The Leisure Seeker takes plot and pot holes in stride