Eurostar, the international train operator that carries more passengers between London and the European cities of Paris and Brussels than all airlines combined, is doubling down on the passenger experience with new and refurbished trains packed with #PaxEx improvements. It’s clear that, like Japan’s Shinkansen, the train is aiming to take the plane’s lunch money.

Eurostar operates trains through the Channel Tunnel from London St Pancras International into continental Europe. The primary routes are from London to Paris and Brussels, with a major interchange station at Lille and additional services to Marne la Vallée for Disneyland Paris. This year, Eurostar is extending its network to France’s second city Lyon, plus Avignon and Marseille in the south of France, joining existing winter ski trains to the Alps.

To match a brand new set of German-built ICE-style Siemens high-speed trains the company is calling e320, the first completely refurbished e300 train recently departed London for Brussels, with new interiors, seats and services. The idea is that the revamped e300 and new e320 trains, which are in the final stages of testing and which will supplement the existing and refurbished fleet, will be almost identical internally. 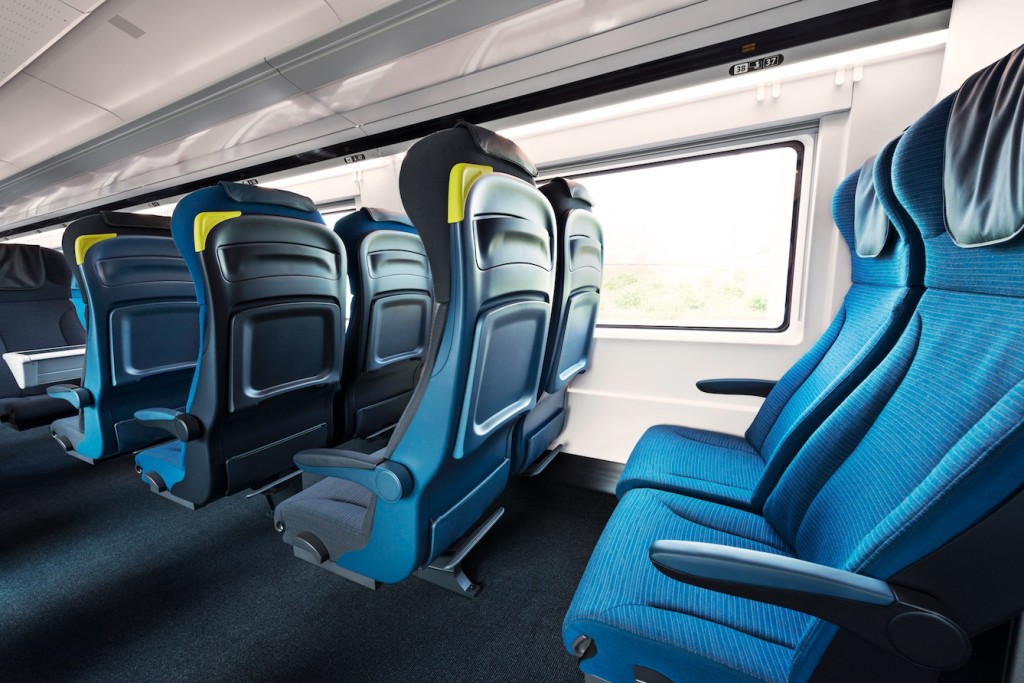 Eurostar’s e300 and e320 trains are designed to look the same inside, regardless of train type

Mark Smith, who runs the invaluable Seat61 rail travel information website — the name of which comes from his favourite seat on Eurostar — is clearly impressed by the refurbished e300 trains.

Internally it's unrecognisable – most passengers will think it's a brand new train. Superb job! pic.twitter.com/gYUqaLqaMf

On board, Eurostar continues to offer two hard product types of seat, and is still splitting its first class offering into two fare flexibility, station services and soft product packages, the more expensive Business Premier and the cheaper Standard Premier.

Standard Premier is a smart tactic for a company that has significantly variable business and upmarket leisure market travellers, rather like an airline packing a sub-section of its business class seats with experience-sensitive passengers who want more legroom and fewer neighbours, but aren’t particularly fussed about flexible seating, lounge access or airport fast-track. 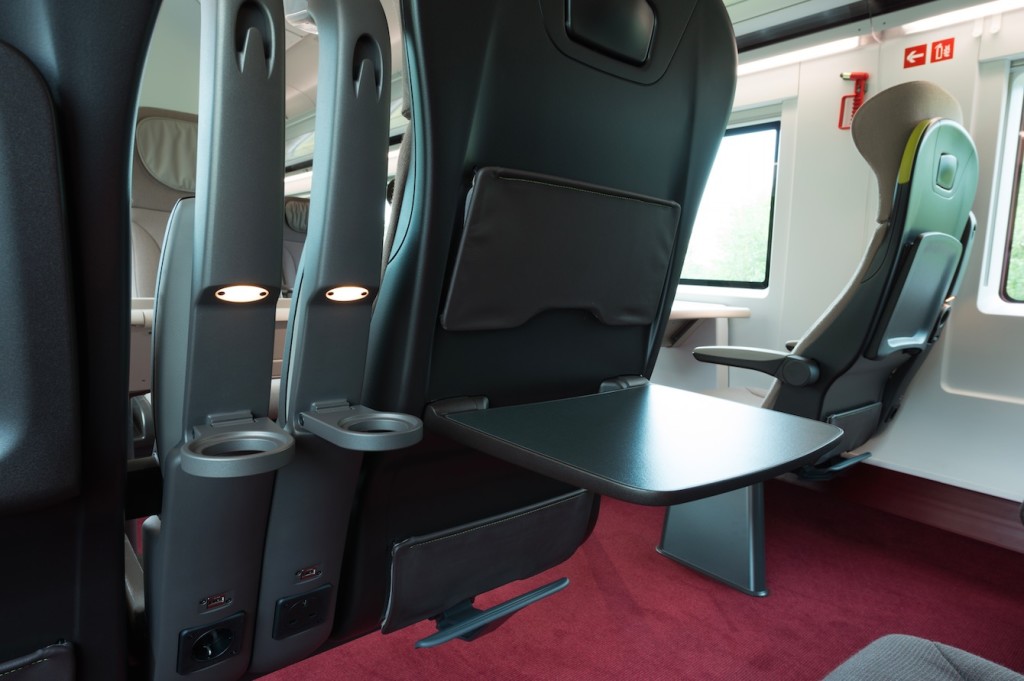 Both Business Premier and Standard Premier are arranged in a 1-2 configuration towards the more convenient and quiet center of the train, with AC power sockets and (on refurbished trains) USB sockets, but Business Premier also comes with flexible fares, lounge access, a three-course meal, and check-in closing ten minutes before departure rather than the thirty minutes in other classes.

In time terms, London-Paris takes as little as 2h15m, while London-Brussels starts from 1h55m. For many travellers, particularly those within the catchment area of St Pancras International station on the northern edge of Central London, they can be at their destination by train before a flight would even have taken off from the nearest departure airport. 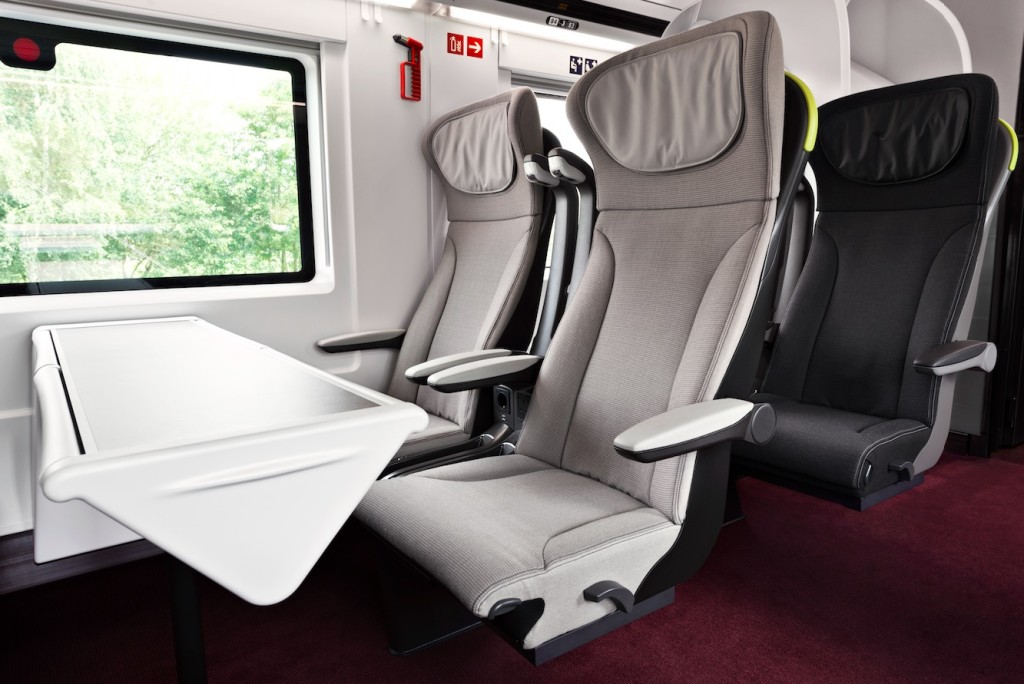 Next up: once the e320 trains (which are suitable for the slightly different international railway standards in Germany and the Netherlands) arrive, Eurostar intends on operating rail services to other destinations, including Amsterdam, Frankfurt, Cologne and Geneva. Passengers for these services currently have to change in Lille or Brussels, and through running would be a big draw.

Eurostar isn’t likely to be alone, though, with the German Deutsche Bahn (DB) plus the rather less likely Spanish Renfe and Italian Trenitalia companies expressing interest in running trains to London.

DB even ran a test train into St Pancras in 2010, although right-of-way costs on the French network and the additional fire safety requirements for trains using the Channel Tunnel have meant that its ambitions for Frankfurt, Amsterdam and Rotterdam services (taking five, four and three hours from London via Brussels, respectively) have required new trains similar to the new Eurostar e320s (which were themselves derived from a DB design).

Despite a rocky year with significant French strikes and security issues in the Channel Tunnel as a consequence of the refugee crisis in Calais, Eurostar’s new trains are a key part of attracting, retaining and expanding the UK-Europe traveller base by setting apart the passenger experience. 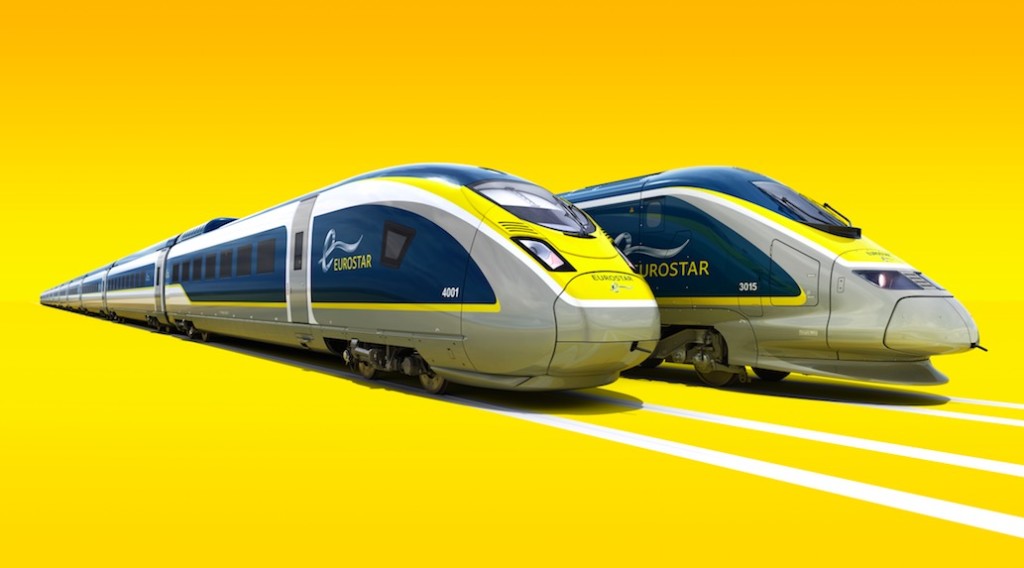