What’s the future of first class travel? One suggestion at the Aircraft Interiors Expo was Airbus’ Day and Night cabin, offering an intriguing floor-to-ceiling sleeping space shut away alongside (literally) a more convivial dining and seating area.

The concept is an interesting one, especially in the context of Emirates’ latest Boeing 777 suite’s floor-to-ceiling cocoon — and indeed given the appearance elsewhere on the show floor of the sub-floor sleeping bunks Airbus is working on with Zodiac.

Essentially, daytime seats sit next to the windows, with interleaved bedrooms across the widebody aisles in the centre sections of the cabin. Layout-wise, the effect is a little reminiscent of what you might do with the Etihad Apartment product if you wanted to avoid having only one aisle.

The daytime seats are largely unspecified: two bucket-style chairs facing a perspex table with a semi-present bulkhead wall. Airbus explains that the idea is for the bulkhead between the two tables to be removable to allow relaxing and dining à deux, which is a sensible move given the number of passengers in first class travelling together.

Clearly, airlines and their design partners will have strong feelings about the look and feel of these spaces, so it makes sense at this early stage for Airbus not to have overthought how the seating element might look.

The sleeping part, however, is a much more complete presentation. Bunks interleave perpendicularly to the two aisles, cocooned in a cubby space that feels like a larger, side-on first class version of a forwards-backwards stagger, à la Etihad Business Studio or Qatar Qsuite. 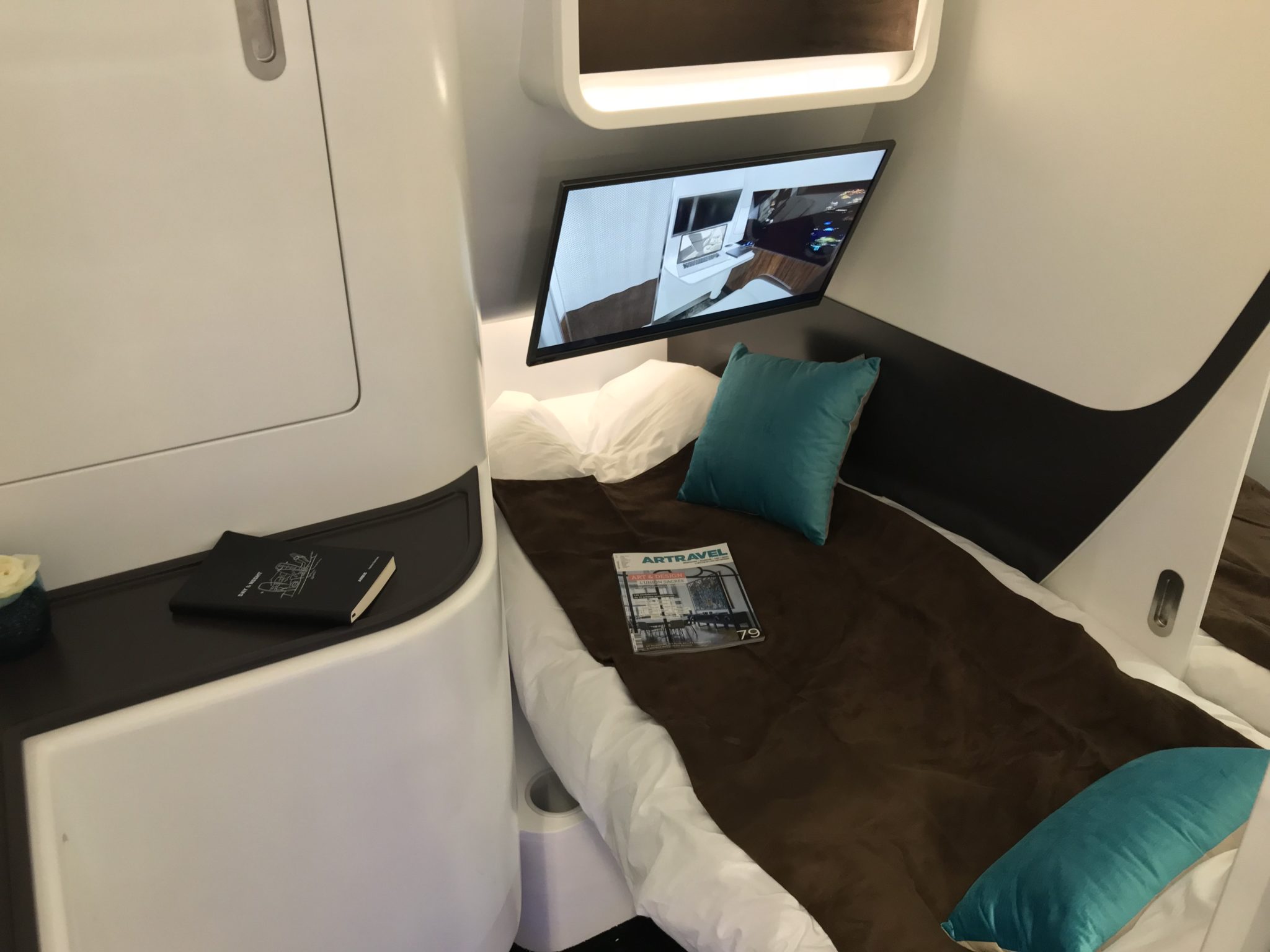 With a dressing and living area for those passengers who don’t want to sit by the window, essentially each passenger has an interlocking L-shaped living space. 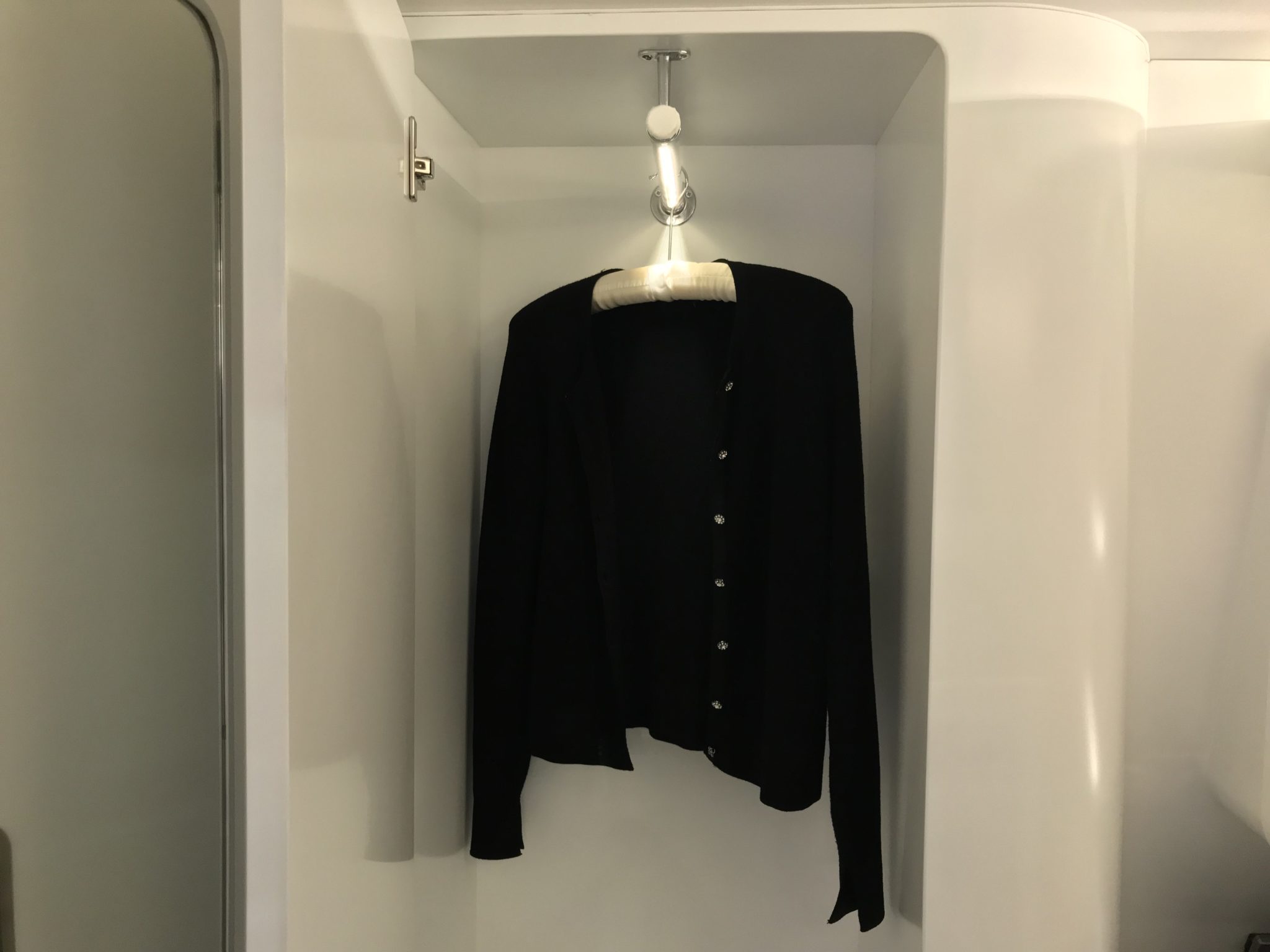 Storage has been designed in the space-efficient sleeping cabin. Image: John Walton

The bunks are relatively wide compared with some of the first class suite products currently on the market, which tend to be a little bit youth hostel rather than luxury hotel. Each bunk doesn’t stretch the entire width of the centre section, allowing a corner of the suite for entry/exit, dressing and potentially as a private hideaway. 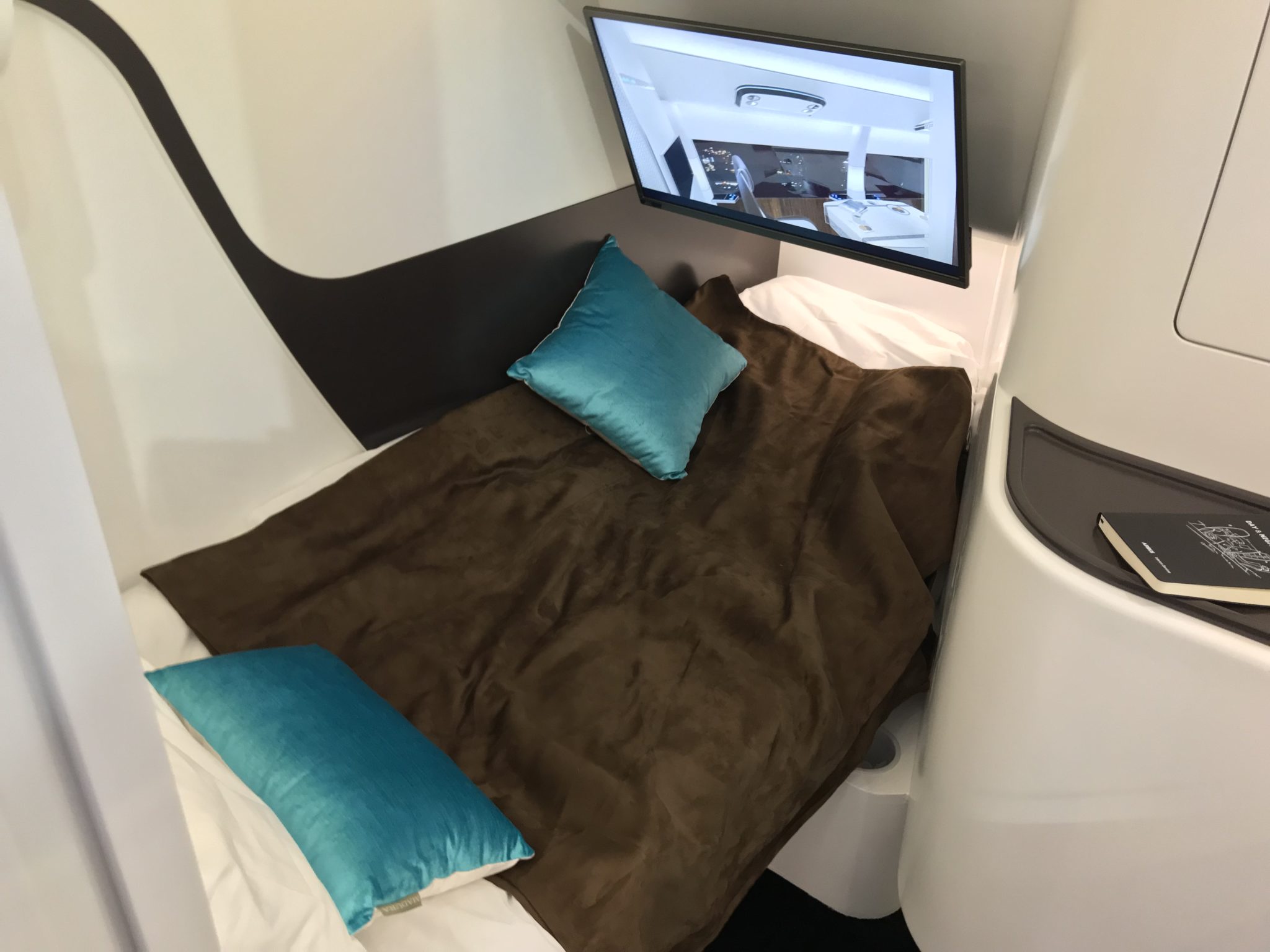 The bed tapers, but there seems little reason why a couple of extra inches of overall length along the cabin couldn’t result in an un-tapered space. Image: John Walton

It all feels very elegantly unbranded, and rather 1960s futurist French chic — think André Courrèges meets Oscar Niemeyer. (That said, this Francophone notes quietly that a more accurate equivalent of the French phrase “le jour et la nuit” into English is “night and day”, not “day and night”, which has a separate meaning. Perhaps additional thought to the implications of how products are branded for the international market would be wise.)

It’s clear that the product is most efficient installed in blocks of four, given the interleaving of the beds and the face-to-face seating, but if an airline wanted just two first class seats and to lose the latter (or to boost capacity to six but not eight passengers with two not having face-to-face options) it seems that it could.

The concept is a fascinating one, and shows the way that one of the industry’s two widebody airframers is thinking about the future of first class — not least, that it has a future.

And from a cabin interiors industry inside baseball perspective, it’s equally fascinating that the concept comes from the growing Airbus Interiors Services part of the airframer, which dominated a full half of the large Airbus stand at AIX without even taking into account that subsidiary Stelia also had a large presence. Clearly, Airbus believes that there is serious bank to be made in this part of the market 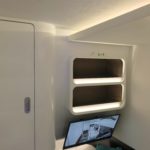 The “night” section is floor-to-ceiling, which both boosts storage and meets a growing trend. Image: John Walton 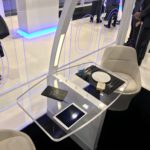 Realistically, few of us eat, relax and sleep in the same chair for long periods of time. Image: John Walton 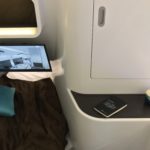 On the other side of each bed’s foot area appears storage and surface space. Image: John Walton 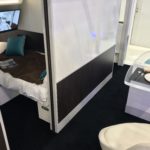 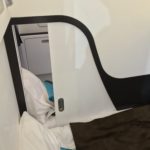 A tiny kissing hatch can open between adjoining night cabins, although there seems little reason why this couldn’t be larger if desired by a more amorous airline. Image: John Walton 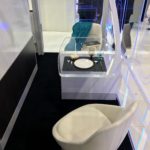 Yes, you’re open to the aisle in day mode, but hopefully that can be made to feel private enough with onboard process training. Image: John Walton