This is an Op-Ed contribution from Jerry Joliet, president and CEO of fire containment product maker Newtex. It does not necessarily reflect the views of RGN.

Recently, in the FAA’s Information for Officers (InFO 17021), regulators strongly encouraged operators to follow existing guidelines for the safe containment of fires in aircraft cabins caused by portable electronic devices. In those guidelines, the FAA asserts that a burning device should not be moved or handled until it cools down, and that the preferred method of handling a battery fire is through cooling by application of a halon extinguisher.

This announcement went largely undebated, which I find unfortunate, because it is my opinion that these guidelines actually have the potential to increase – not reduce – risk.

As a former Damage Control Officer on board a nuclear submarine – and the CEO of the only fully integrated provider of woven materials and fabric-based systems that protect from extreme heat and fire – I find this passive approach to be potentially dangerous in two primary ways. First, it leaves considerable room for panic by allowing a burning device to remain in close proximity to anxious passengers and additional fuel sources; and secondly, smoke, fumes, halon, water and steam all have potentially harmful after-effects for passengers, and their presence may create a greater visual sense of danger.

In confined spaces, such as the cabin of a passenger aircraft, an immediate, well-executed response to a fire event is crucial. An active – not passive – response is called for in this type of situation. A well-trained flight attendant should get the burning device into a fire containment bag as quickly as possible, using modest protection, and remove it from the main cabin to a galley or lavatory.

Our extensive casualty training at Newtex shows that even a fully charged large laptop battery can be easily contained by trained personnel. Flight attendants assume risk by nature of their position, and face equal or more challenging risks during the course of normal air travel. I am confident the carriers, their employees and the unions will execute safely and flawlessly with proper training.

Given the potential likelihood of portable device fires – in an era where almost every airline passenger, young and old, has at least one potentially flammable device on their person – it would seem wise for the industry to rethink its current approach to addressing aircraft cabin fires caused by portable electronic devices. 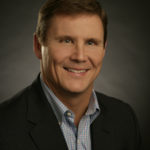 Jerry Joliet has been President & CEO of Newtex Industries Inc, since 2006. Over the past decade, Jerry has modernized operations at Newtex, successfully advancing the company’s reputation as a trusted leader in the high temperature insulation and fire protection markets.  Jerry is a former US Navy Submarine Officer, and served as the Damage Control Officer responsible for shipboard fire fighting and emergency response. He has an Aerospace Engineering degree from the University of Michigan and an MBA from the Northwestern Kellogg GSM. Mr. Joliet was previously with Booz Allen & Hamilton in their Operations practice, and subsequently held senior roles in Manufacturing, Supply Chain, Innovation, and Marketing at Cisco Systems and at Diageo Plc.