What could you do this year to expand the role of women in aviation and inspire a new, more diverse generation of pilots? Spain’s Aviadoras project, led by seventeen-year veteran pilot Vanessa de Velasco Calvo-Flores, is a challenge to all in aviation to take up the reins of progress.

In less than twelve months, Aviadoras has grown from the idea of creating a web page about women pilots within the Spanish airline pilots’ union into a larger initiative, interviewing women pilots, working with schools, museums and airlines on education initiatives, plus promoting women in aviation more widely, de Velasco tells Runway Girl Network.

Speaking just before taking the controls of her next flight, to Santiago de Chile, de Velasco explains how Aviadoras came about. “I was studying in college, and I did my final project about women in aviation. I’d been working as a pilot for fifteen years, starting when I was seventeen. I’d always found a big difference in the number of female pilots and male pilots, and I was wondering why.” 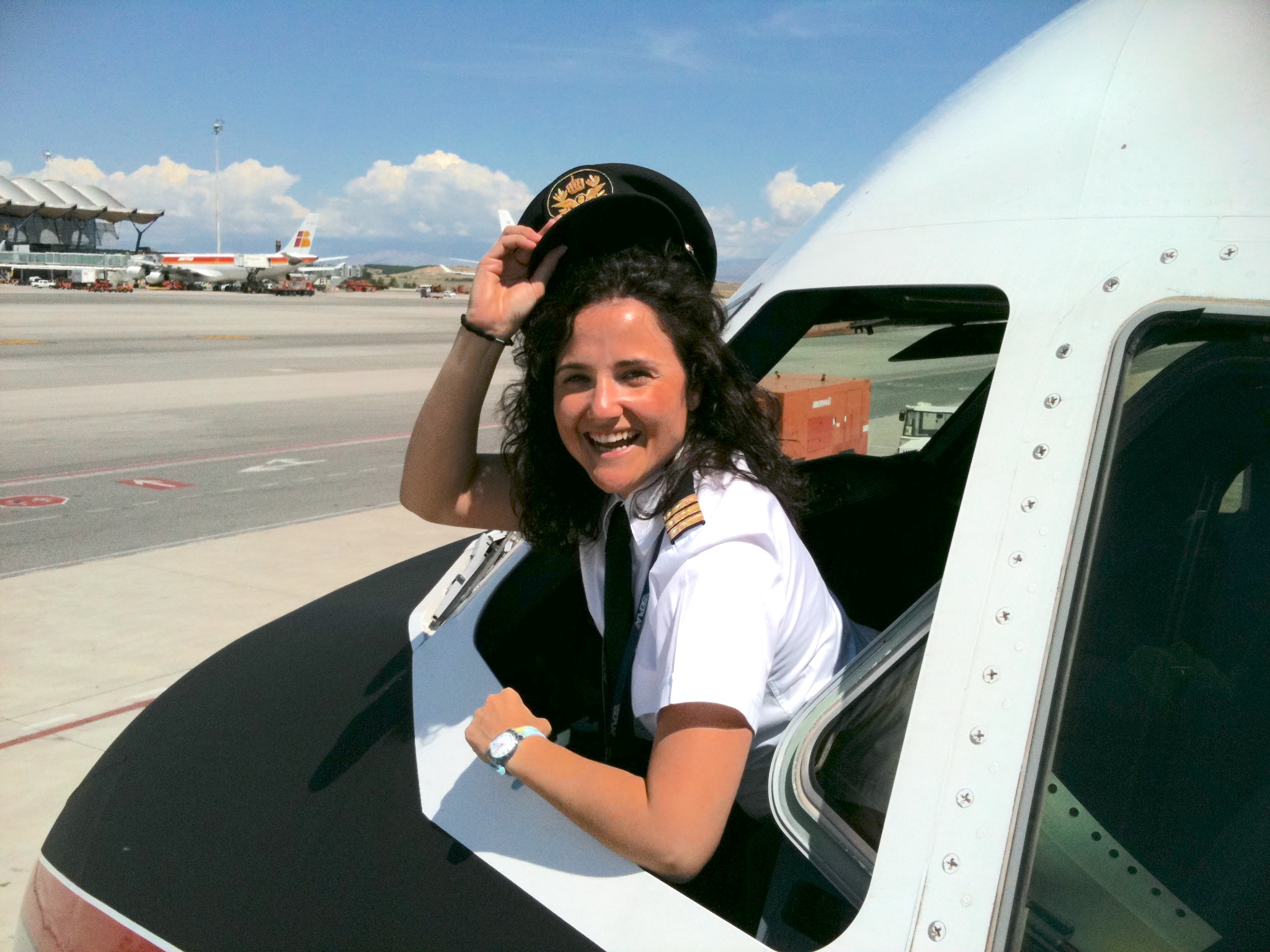 Armed with the knowledge she gained and with the support of the 6000-strong Spanish airline pilots union, Aviadoras was born.

“SEPLA [the Sindicato Español de Pilotos de Líneas Aéreas] is the union, and there’s an association inside of SEPLA called AEP, the Asociación Española de Pilotos, which is a non-profit association,” de Velasco says, explaining that Aviadoras is “an activity inside of AEP”. 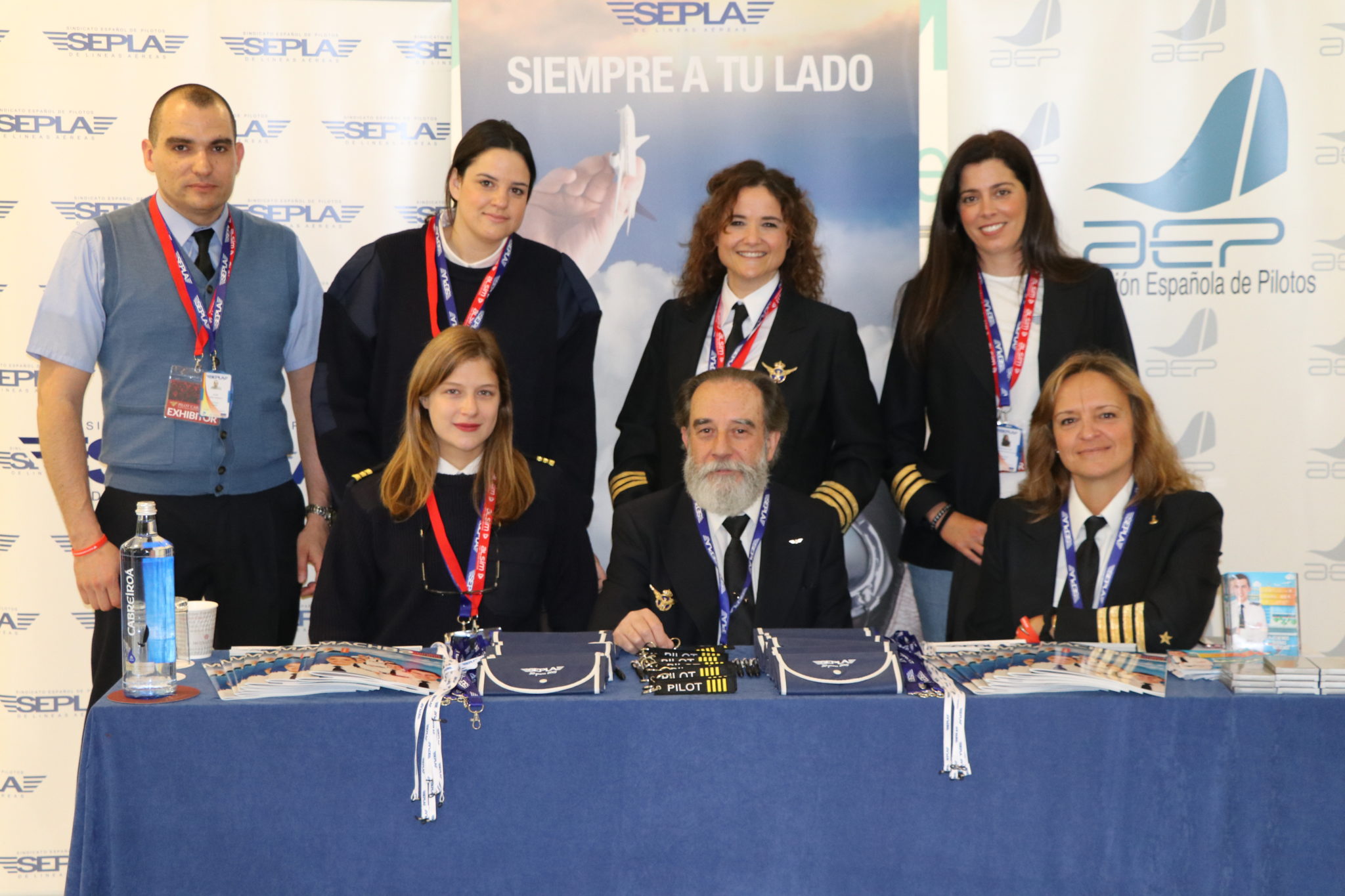 Aviadoras members include women who are instructors, student pilots, and active pilots in the airline, general aviation and non-powered flight fields.

De Velasco notes that of the 6000 commercial airline pilots in SEPLA and the AEP today, just 200 are women. The Aviadoras initiative is looking to change that three percent figure. “We started doing interviews, we started a webpage, and we started to talk with people. They liked it a lot: young girls wanting to be pilots started to write to us and call us. It’s getting bigger, and that’s great.”

In addition to media and event appearances to promote aviation to women, de Velasco says, “We’ve gone to schools, and we talk with boys and girls. We go as one female pilot and one male pilot to talk about aviation. We’re not telling them what they should do — we want them to see a girl dressed as a pilot, who can tell them things about aviation. That’s the way that girls and boys are going to realise that they can do it, it’s not weird, that it’s normal.”

After the class, we ask them to draw a picture about the future of aviation and about the pilots, and we look at what they’re drawing. It’s fun: they draw both women and men flying, even though we don’t tell them to draw that,” de Velasco notes.

In wider education initiatives, Aviadoras recently participated in an exhibition about the life and work of Juan de la Cierva Cordoníu, inventor of the autogyro, working with the aviation pioneer’s great-granddaughter Laura de la Cierva, for example. Next up: a photographic exhibition about women pilots, planned for a national tour of Spain.

De Velasco says that support from airlines has been particularly welcome, noting that her own employer, Iberia, has worked with Aviadoras on museum events and advertising for the network. “We’ve worked with easyJet too, and they’re doing huge work with their Amy Johnson project to raise the number of female pilots.”

“This is just the beginning,” de Velasco promises, “and I think it’s going to get even bigger.” 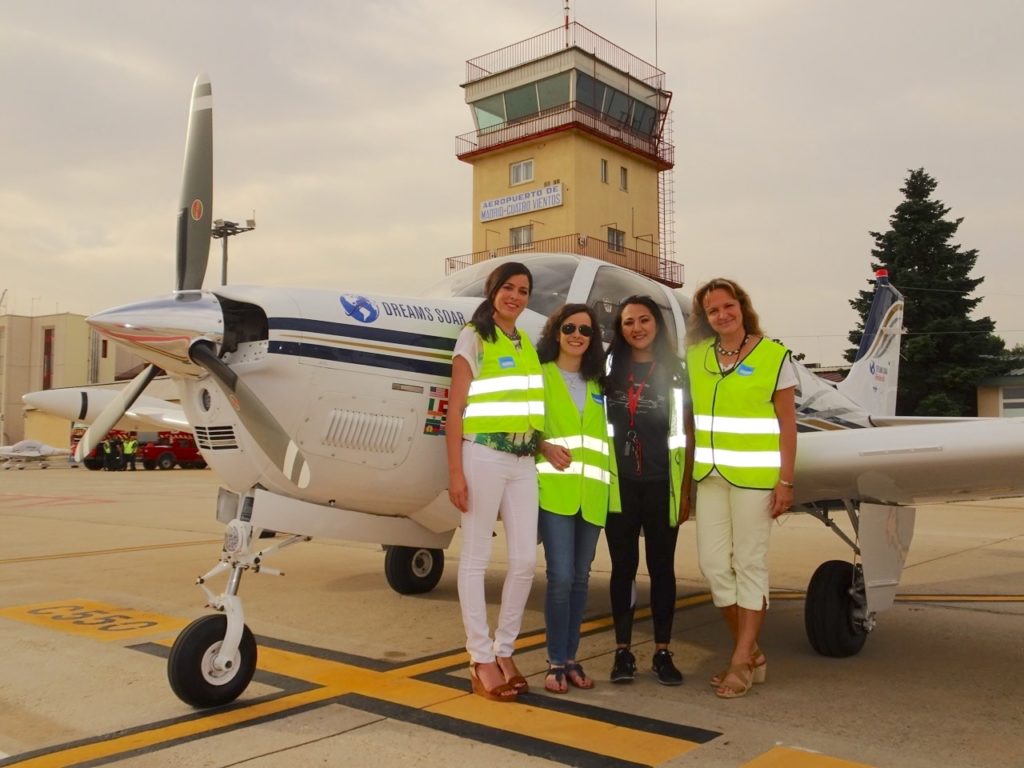 Pilots of all types are included in the Aviadoras initiative. Image: Aviadoras