Sometimes, airlines create a classic when they and their designers create a new element of the inflight service. Perhaps the best example of this is Finnair’s Ultima Thule icicle-effect glassware by Tapio Wirkkala, which is still both used by the airline in its premium passenger experience offering and available for sale from Finland’s Iittala glassware house. When Qantas launched its Airbus A380 a decade ago, it didn’t quite reach Wirkkalaesque heights with its Marc Newson cutlery and crockery, but it was close, to the extent that the airline sells dishware from the Noritake-manufactured collection in its online shop — now on sale, so get in there now if you love these pieces.

Qantas’ in-house designer, who also recently had a strong hand in designing the Apple Watch, created a much-loved — and, in part, often-loathed — set of tableware, including a popular cup and saucer used for the iconic Australian flat white coffee, as well as less-popular cutlery, which is certainly striking and structural in design, but which lacked a certain finesse and balance that first and business class customers have now come to expect as de rigeur in-flight. 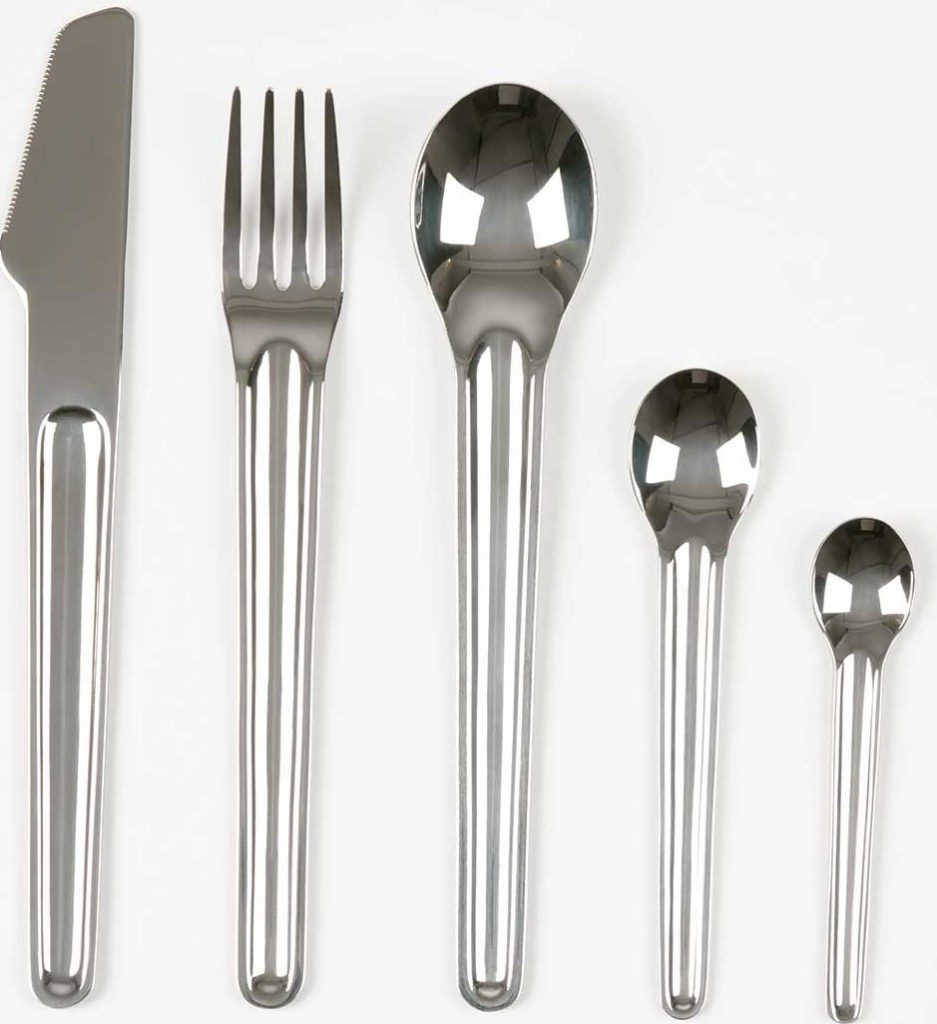 Following a recent update of the airline’s corporate branding, Qantas has engaged its latest lead design partner, David Caon, to update its dishware, glassware and flatware, and the results look truly impressive: speaking the same design language as the Marc Newson designs of the 2000s, but with updated flair that matches the Caon-designed latest Thompson Vantage XL-based business class seats.

And cleverly, the 16-piece set brings what Qantas promises is “an eleven percent weight reduction across the fleet”, with a forty percent reduction in the weight of the meal carts on its Dreamliner.

The greatest change comes with the cutlery, which retains the overall shape impression of the industrial Newson originals, but with a more elegant sculpting that feels bang up to date. The clear family resemblance to the previous generation is smart: the pieces look like they fit the previous generation of first and business class seats, still flying on Qantas’ older aircraft, as well as the airline’s lounges, but the gentler shapes feel more like cutlery and less like tools, especially with the change to a brushed metal surface. 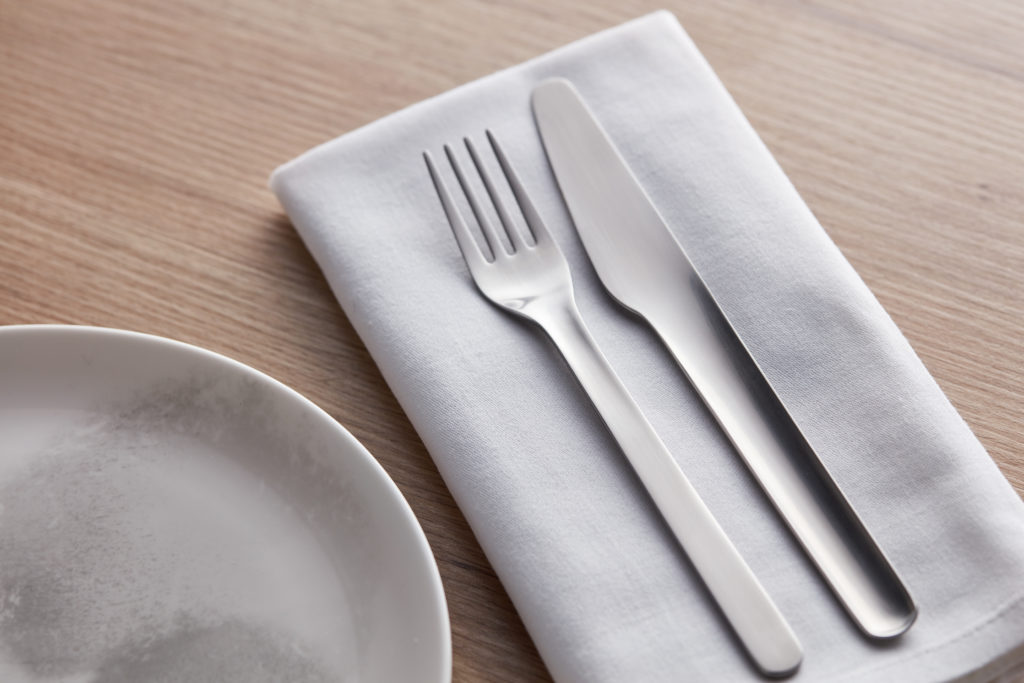 The biggest triumph, I think, is the cutlery. Image: Qantas

The cups, teapot, plates and dishes, too, are elegant, with another clear nod to the Newson designs, but with a jaunty angle to the handles of the cups and teapot. Glasses, too, are derived from the same design language, although only first class (which is firmly on its way out as the airline improves its business proposition) will see glasses with stems. The pot also has a locking lid to avoid that early-morning clatter in the galley. 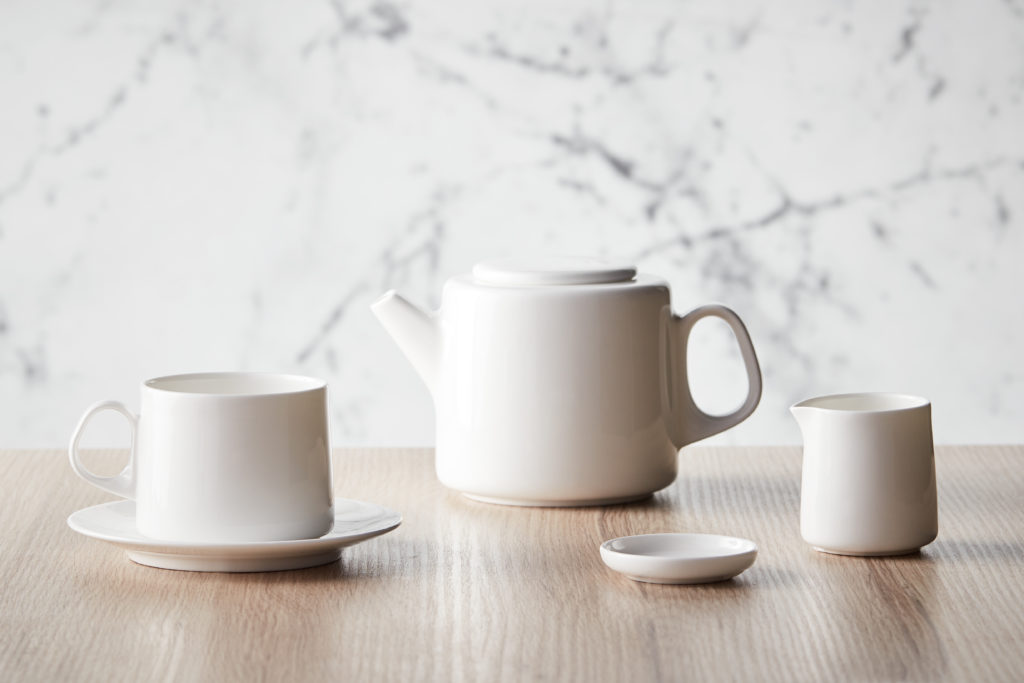 It’s not quite the old flat white cup, but it’s a bigger serve and the handle angle is growing on me. Image: Qantas

Part of the design genius behind the collection is what Caon calls the eight hundred millimetre curve, which Qantas and its design team have used before in designing the seats for its Boeing 787 aircraft.

“The 800mm curve was a driving design rule we applied and repeated throughout every object in the collection. It gives continuity across the range and well as being in harmony with the interiors crafted for the 787 Dreamliner,” Caon explains. “Uniformity was important, but Neil Perry—” Qantas’ long-serving celebrity chef partner “—and I wanted some special pieces that stood out, some randomness amongst the harmony. The result of this was a beautiful signature plate and dish, featuring a grey ink motif.”

Oddly, the grey ink motif is the one part of the set that truly makes me ask whether it belongs. I admire the thought behind not having a full-white plate, but it does have the unfortunate feeling of a very large grimy fingerprint.

Overall, though, the effect is top-notch. The design language matches both the previous generation and the spaces where it will be used. If it feels as good as it looks, Qantas is on to a winner.

How long until the first “I’m sorry, this plate is dir—oh, no, never mind”? Image: Qantas