Safety videos, after all, are a crucial part of the industry’s drive to reduce deaths and injuries in the event of accidents or through misadventure, and are to be taken more seriously than inflight advertising.

As it happens, the Madrid tourism in Iberia’s video is limited to a YouTube-style walking-to-camera montage, making this one of the better videos at concentrating on safety — even if the use of conceptual ovoids for safety bins does omit the issue of items moving during flight and causing injury. 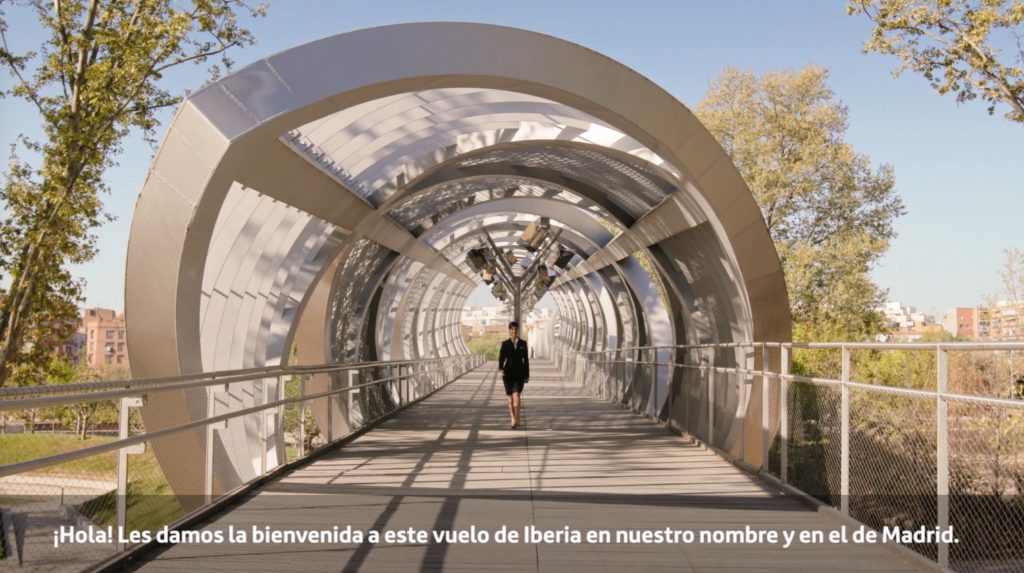 The Madrid section on Iberia’s safety video is limited to a rather attractive montage at the beginning. Image: Iberia

Indeed, more airlines could learn from Iberia’s example: an eye-catching beginning that pulls eyes in for the key message. British Airways’ latest celebrity video, featuring some of Britain’s most renowned actors including Thandie Newton, Asim Chaudhry and Ian McKellen, similarly focusses on real-world safety while notching up nearly four million YouTube views within the first ten days of its release. (BA’s “director’s cut” YouTube version comes in at six minutes, but a shorter version is to be used on the aircraft.)

These two videos are certainly a welcome and refreshing change from the trend towards infotainment-focussed safety videos, which seem more interested in displaying information about their airline’s brand and destinations than about inflight safety.

To an extent, showy videos are fine, even admirable: if a gimmick gets passengers to pay attention to what could be life-saving safety information, especially when that information is presented in a language other than their own, then it’s a safety net positive.

But all too often, airline safety videos become infotainment, which leads to people paying less attention to them than to the latest goings-on in their Real Housewives location of choice.

Air New Zealand’s current safety video feels like someone has been taking the non-aviation kind of trip, with vaguely deified Katie Holmes and Cuba Gooding wandering around a distinctly hallucinogenic augmented reality Aotearoa.

In terms of length, the Kiwi carrier’s latest purported safety video goes on for 55 seconds before even mentioning anything to do with safety. In terms of overall length, the “Fantastical Journey” takes a full thirty seconds less than the previous “Summer of Safety” from last December, which is a step in the right direction.

The latest Air NZ video also moves away from showing airline seatbelts inside a car, which is entirely counterproductive: standard airline belts work very differently from car belts, on purpose, and showing one in the context of the other is unwise.

Yet the most inappropriate safety video of recent months that comes to mind is Qantas’, which gives incorrect information for how to use the emergency escape slides and presents the seatbelt within a morass of webbing in the context of a skyscraper windowcleaner’s harness. How the Australian regulator permitted either to be shown is baffling. 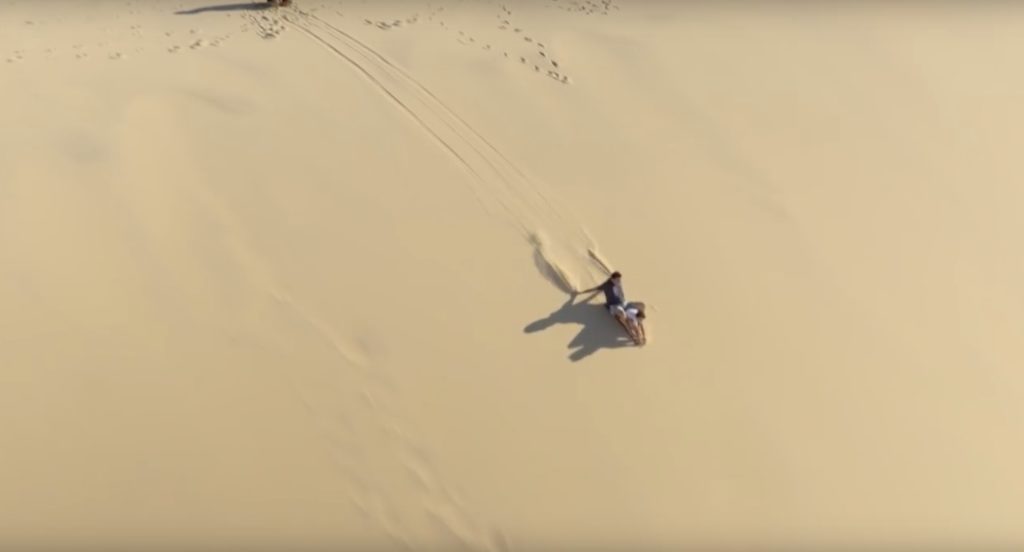 This is not how to go down an emergency slide. Image: Qantas

Qantas’ web version of the video is also very long, at over six minutes in length, although the airline does show shorter versions on aircraft. Virgin America’s 2013 “Safety Dance” hits five minutes in length. By contrast, Air New Zealand’s — and indeed the world’s — first one of these attention-grabbing videos clocked in at under three and a half minutes.

In an age of increasingly decreasing attention spans, it would be wise for regulators to take a look at a time limit, crack down on theoretical or non-realistic representations of various aspects of safety, and examine whether it makes sense to split out actual safety information from tourist promos.

…wait, what on earth was in that pre-departure cocktail? Image: Air New Zealand