As the number and diversity of personal electronic devices in airline cabins grow, as aircraft increasingly rely on electronic systems, and as the industry uses progressively advanced electronics in everything from seats to IFE screens, a small German company has been prototyping a way to detect rogue electromagnetic interference (EMI) within the cabin.

Weigele Aerospace, a five-person company from Meßkirch near the Swiss border, is now looking for a partner to develop the software it runs on commercially available software defined radios, says Uwe Weigele, CEO of the firm whose so-called Quahuay system is shortlisted for the Crystal Cabin Awards.

Quahuay is a word from Quechua that, Weigele summarises, means to continuously monitor a flock of animals, for example, and that’s what the software does on software defined radios. In an aircraft cabin, the system would detect the location, frequency and amplitude of malfunctioning, malicious or otherwise problematic devices.

Examples of recent interference incidents are published by NASA, and make for sobering reading. “It’s not only the devices brought by passengers,” notes Weigele. “If you do a certification, let’s say, for a first class seat, and after one or two years they put another software on it, it can have a totally different behaviour of radiated emissions, and it’s hard to figure out the origin or strength.”

With Quahuay, Weigele explains, “the basic functionality is that we have three software-defined radios receiving or scanning through all the frequencies, and if they pick up a strange signal on a frequency, they tell the other devices to look for that frequency as well. You get the spot via triangulation. You switch one radio to transmit, and send the same signal at the same frequency at the same level, and you can calculate the position and amplitude of the device causing this radio signal.”

There are few technological barriers to the implementation of such a system. “We have a prototype that works,” assures Weigele. “It’s possible today to create a software defined radio that is doing all the communication and this analysis at the same time. Even the cheapest software defined radio chips available on the market work from 100 MHz up to 1 or 2 GHz. For example, we made our prototype with chips from a television, and one SDR costs about five US dollars.”

Moreover, software defined radios are quite small. “The maximum size is half a cigarette box or less,” notes Weigele. “Our prototype is half the size of a chocolate bar, and it works with 5V from a USB. It’s really small — you could put it in the backrest of a seat, or behind something — and that’s the prototype. You could make it smaller. All the hardware you need to do it is included in a wi-fi hotspot. You could manipulate the software for a wi-fi hotspot to do it.” Indeed, the starting point would be with the two to four wireless network receivers inside the aircraft; and an increasing number of receivers will increase the precision of the system.

As such, Weigele sees the same certification process as for wi-fi hotspots on board aircraft.

You need only to put new software on it. The hardware is the same as a hotspot. Let’s imagine you want to start tomorrow with certification: we could use hotspot certification and just put new software on it. It’s not useful to design a software defined radio only for this task. It would be useful to design a device for doing all of this together, and then you have a standard certification procedure, which usually takes half a year for Airbus and one year for Boeing aircraft.

The firm is now looking for a partner — either an airline or aircraft manufacturer — that wants to take over the idea and realise it. “We are a small company, only five engineers, and it’s too big for us. We don’t have the immense contacts you need into, let’s say, Airbus, or airlines, so we need a partner to do it,” says Weigele. 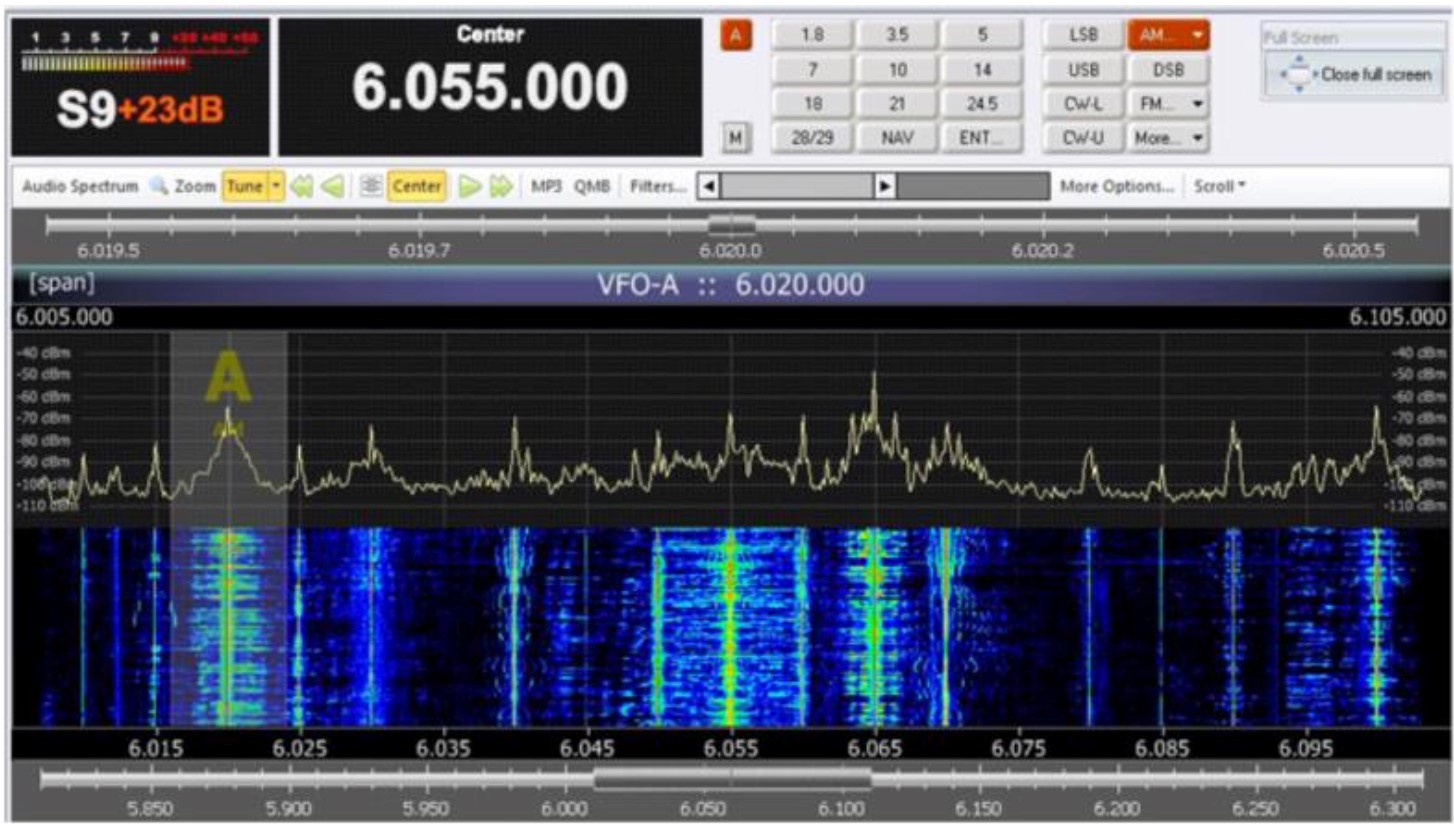 This software defined radio shows a source of interference at 6.065 MHz. Image: Weigele