Business class will continue its unprecedented expansion into the levels of comfort and service previously offered by first class in 2017. With wine tasting flights, pyjamas and co-branded bedding already a feature of the soft product offered by United Airlines, the next twelve months will bring more flat beds, more soft product, and new business class seats around the world.

For a start, 2017 will bring more fully flat beds with direct aisle access, and with Delta’s Airbus A350 the first business class suite. These seats will come as airlines refresh their existing aircraft, retire older jets and bring new models into service. A number of airlines (or their subfleets) are ripe for change and significant in number, geographical position or influence: British Airways for a start, early A380s from Air France and Qantas, a significant proportion of most Chinese carriers’ longhaul fleet, and of course the upcoming Airbus A321LR middle-of-market products that replace the Boeing 757. 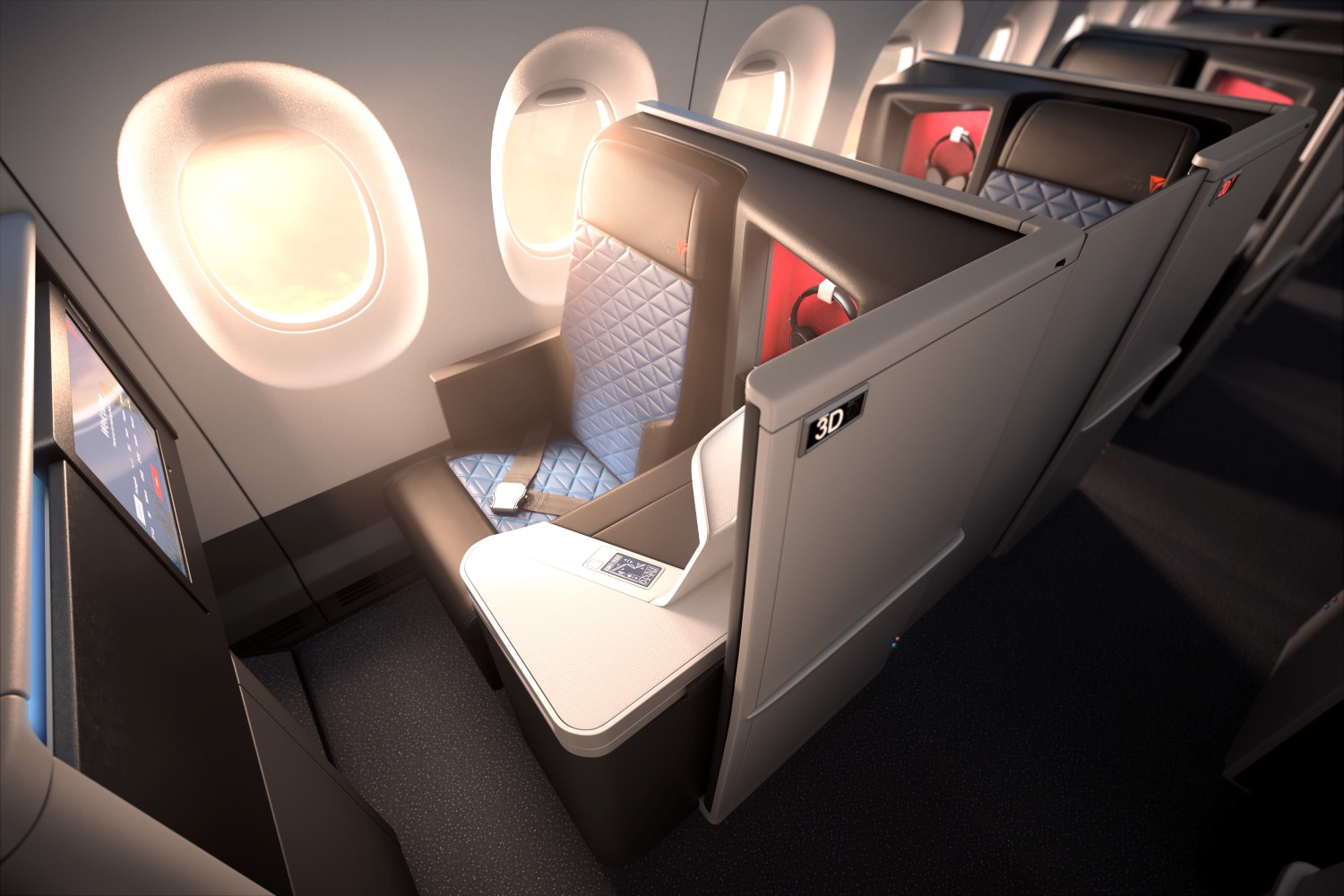 Delta’s Thompson Vantage XL+ suite will be the first, but not the last, in business class. Image: Delta

Angled lie-flat seating will continue its slide into the history books — or perhaps into the premium economy cabin — while fully flat models without direct aisle access are relegated into the second-rank fleets of larger airlines or the top offerings of smaller, non-premium carriers.

Expect the quality of those direct aisle access seats to improve as second- and third-generation versions of products being developed roll out. Carriers will follow Cathay Pacific and Singapore Airlines in evolving existing product to create more passenger space out of current or smaller footprints. That knowledge will then be spun back into the standard seats on which the custom versions are based by the manufacturers.

More carriers will take advantage of the expertise, design nous and branding knowledge of design houses like Acumen, Tangerine and Factorydesign in order to create bespoke — or visually bespoke — cabins for their business class product. It wouldn’t be particularly surprising to see the seatmakers themselves working with the design houses to differentiate in an increasingly commoditised market, especially for staggered seating.

The trend of creating new names for business class cabins is older than business class itself, thanks to British Airways’ Club, but expect more changes like Delta ONE and United Polaris. 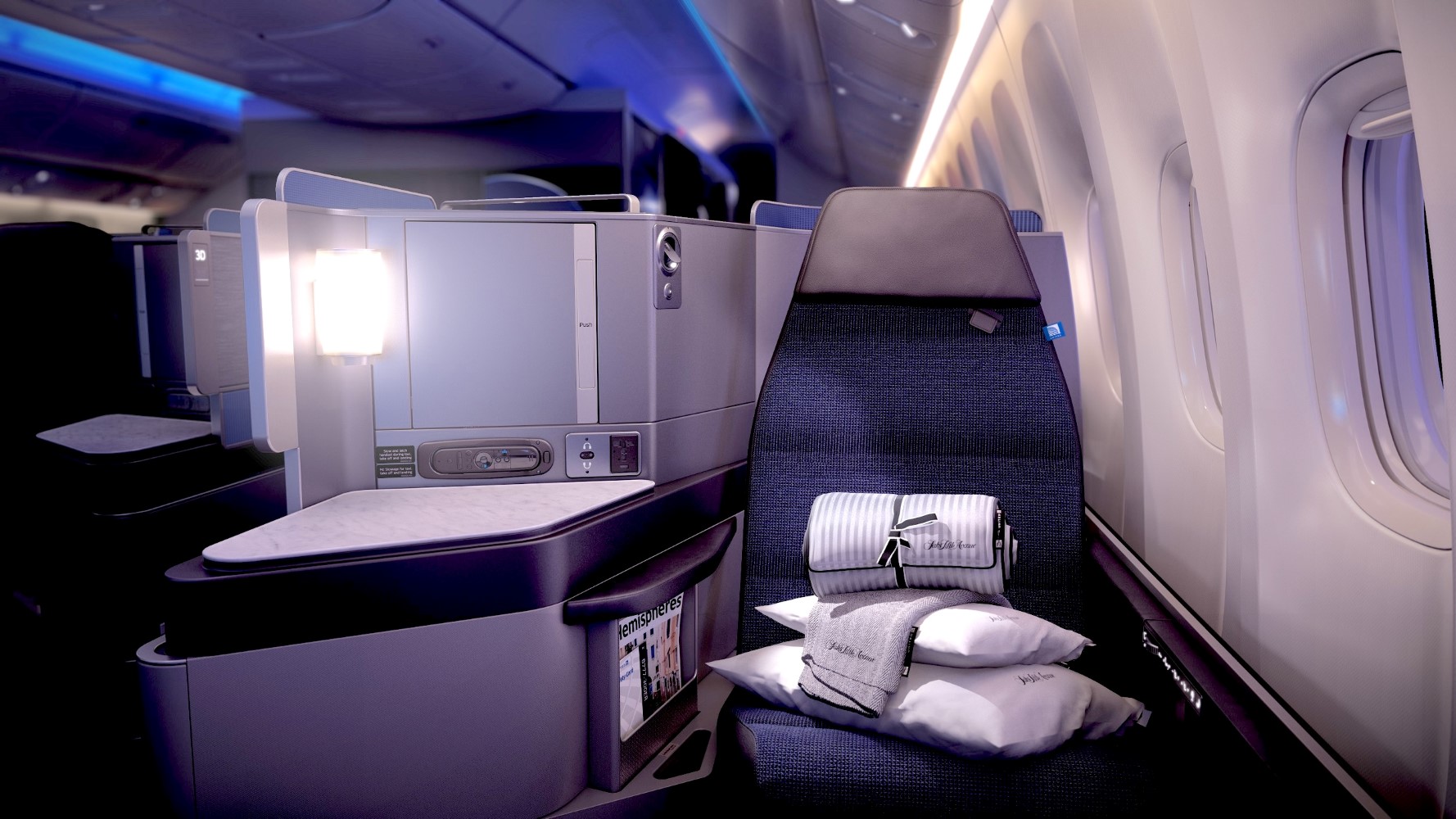 2017 may even be the year that Qatar Airways’ much-promised “superbusiness” materialises, having been promised for May 2016 by CEO Akbar al Baker back in 2014. The product decision from Doha is likely to be a key bellwether for where the medium term future of the industry is going: if superbusiness is particularly spacious then it is likely to drive further upgrades among competitors, including Etihad, which has not selected an upgrade programme for its previous-generation Stelia (then Sogerma) Solstys seats, which still fly alongside its two-manufacturer Business Studio staggered forwards-backwards product, which is featured on the airline’s Airbus A380 and Boeing 787 fleets. 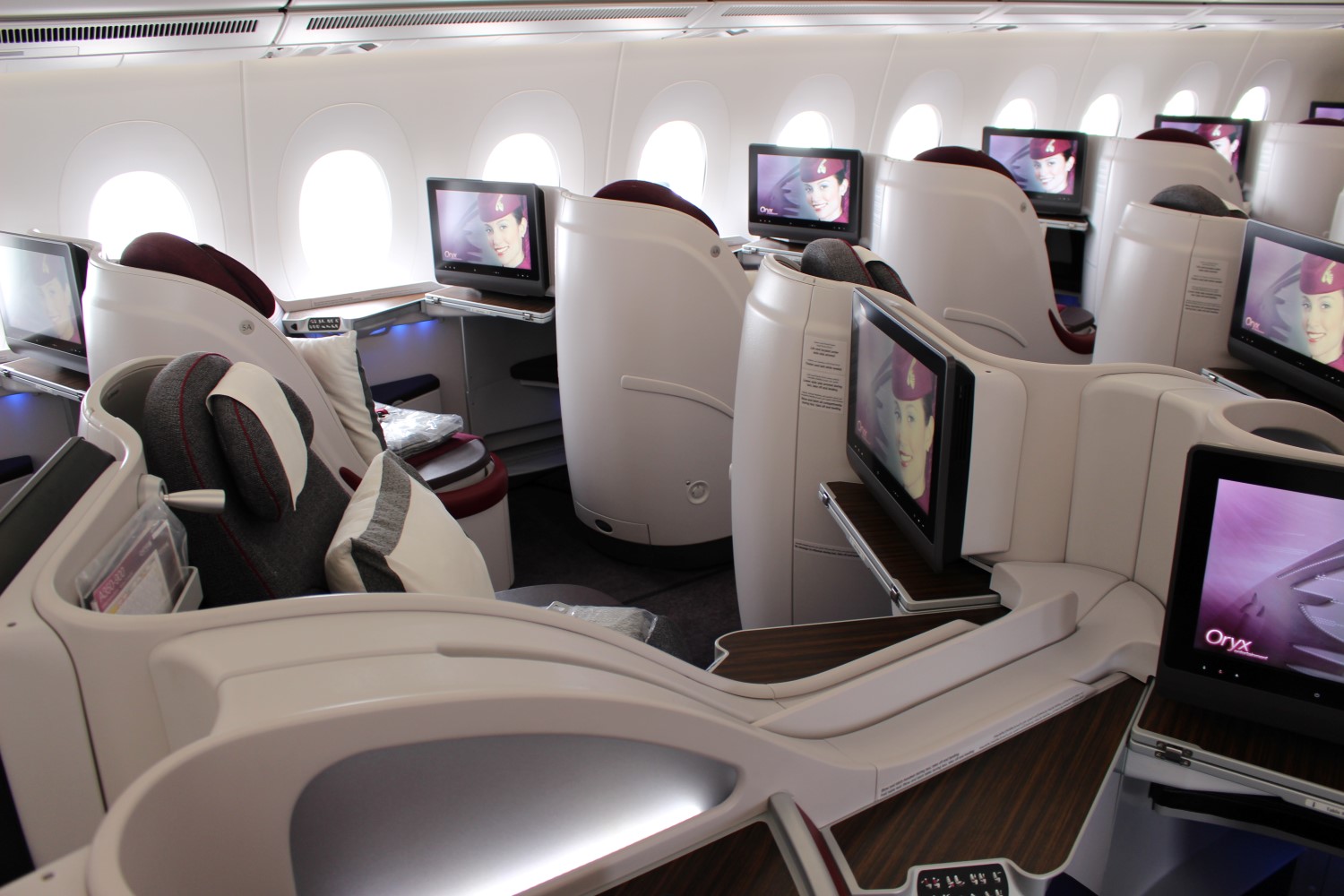 But at the other end of the business class scale, expect more long-haul, low-cost carriers to offer a product crossing the barriers of business class and premium economy, and for that product to improve. That upward pressure on quality and downward pressure on costs will mean that network carriers will need to improve their own seats and service to win over passengers.

Soft product may well be a large part of those improvements, especially for those airlines without deep pockets for a fast and full hard product conversion process, or those carriers that were early adopters of better hard product that is now being eclipsed by late movers. There is a risk, though, that increasingly savvy and connected passengers start thinking of soft product improvements without commensurate hard product upgrades as lipstick on a pig, no matter how the cosmetic changes are.

Within Europe, other carriers may follow SAS’ lead in cutting benefits for Eurobusiness offerings, with often disappointing outstation lounges that are both expensive and increasingly covered by lounge access programmes like Priority Pass. At the same time, it would be unsurprising to see more low-cost carriers edging towards product parity with middle-seat-free options like Eurowings’ or Vueling’s. Asian carriers will continue to capitalise on the desire of their growing middle classes to fly in the pointy end, both for comfort and in status. In the United States, though, efforts to increase the amount of sold fares in domestic first class compared with frequent flyer upgrades will bring opportunities to increase the benefits of the upgraded fare.

Worldwide, however, business class will be on the up and up in 2017. 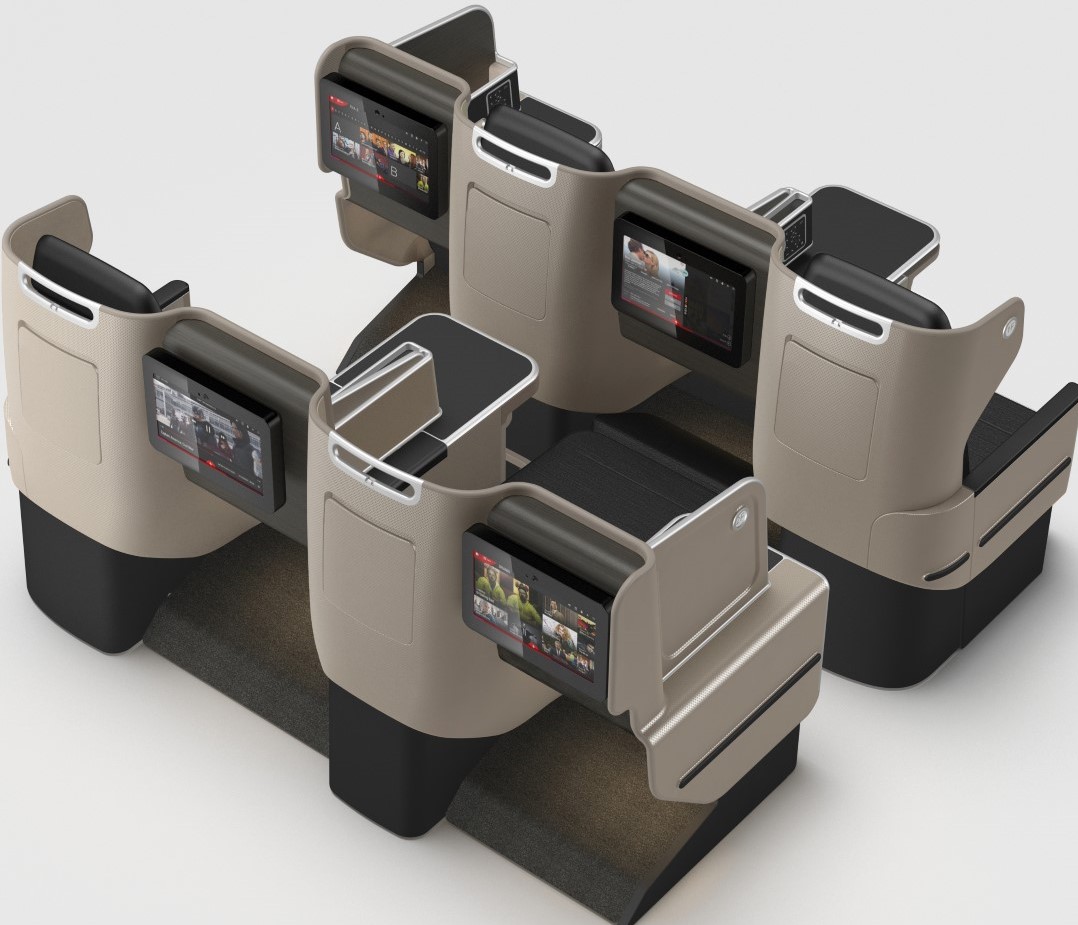 Later generation evolutions of existing products will feed back into the base model. Image: Qantas