Delta Air Lines is sending a strong message to passengers: behave civilly on board our aircraft and in our terminals, or face a lifetime ban from our airline.

A memo to employees from chief executive Ed Bastian, also circulated to news organisations, responded firmly to a video of a passenger swearing, shouting “Donald Trump!” and yelling “we got some Hillary bitches on here?”

“As you may have heard by now,” Bastian’s message reads, “last week a video began circulating around the internet showing a disruptive passenger on board a Delta flight. This individual displayed behavior that was loud, rude and disrespectful to his fellow customers. After questioning the customer, our team members made the best decision they could given the information they had and allowed him to remain on the flight. However, if our colleagues had witnessed firsthand what was shown in the video, there is no question they would have removed him from the aircraft. He will never again be allowed on a Delta plane.”

While it seems somewhat incredulous to believe that none of the flight attendants on the Boeing 717 were aware of the shouting man standing in the aisle of the 110-seater single aisle aircraft, it’s also conceivable that none of them felt empowered or safe in making an intervention.

Two days ago, Delta issued a brief statement in response to initial criticism, reported in local newspaper The Morning Call, following the flight from Atlanta to Allentown, Pennsylvania: firstly, the man had been shouting political slogans in the terminal at Delta’s Atlanta hub; and secondly, after a flight attendant had escorted him from the plane, the man had been allowed to return.

“We are sorry to our customers who experienced this disruption. We have followed up with the teams involved and all agree that this customer should not have been allowed to continue on the flight. Our responsibility for ensuring all customers feel safe and comfortable with Delta includes requiring civil behavior from everyone. The behavior we see in this video does not square with our training or culture and follow up will continue so we can better ensure our employees will know they will be fully supported to make the right decisions when these issues arise,” Delta’s initial statement read in its entirety.

It’s easy to sympathise with flight attendants, who themselves may be the targets of racist, sexist, homophobic or other hateful behaviour if they intervene. Indeed, in some cases where the first sign of disruption is in the air, a lack of intervention if a passenger is just shouting may well be the safest option. But given that the passenger had already caused a disturbance on the ground, Bastian’s message may well convince gate agents, flight attendants and other airline staffers in similar situations that management will support them if they intervene more strongly in future incidents. 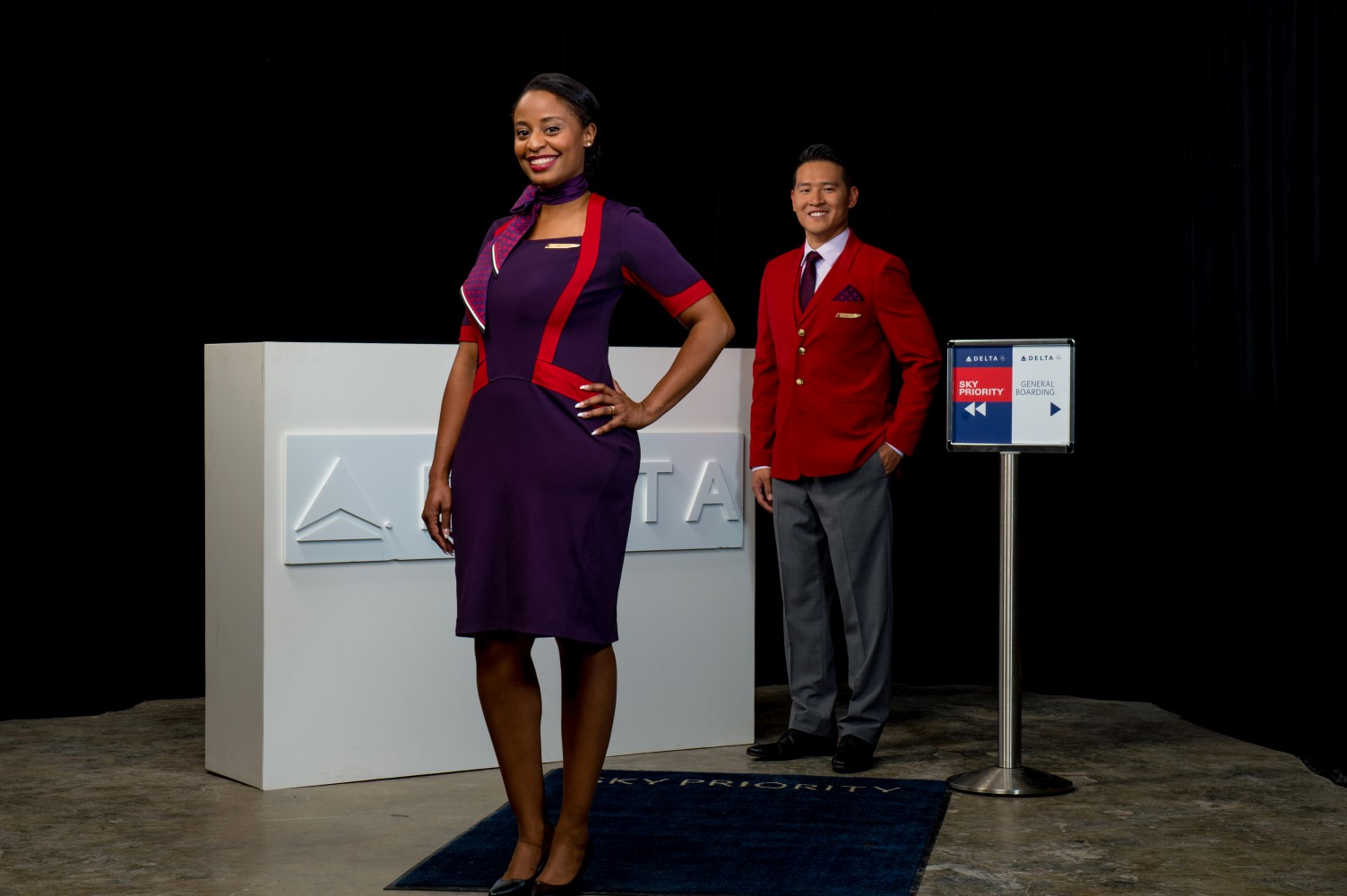 Intervening at the gate is a much better option than having to intervene in the sky. Image: Delta

“I also want to make sure all of you know we have your backs,” Bastian continues. “The heightened tension in our society means that now more than ever we must require civility on our planes and in our facilities. We must stay true to Delta’s core values and treat one another with dignity and respect. We also must remain committed more than ever to the safety of our customers and our crew members. We will not tolerate anything less.”

IATA data suggests an ongoing spike in the number of disruptive incidents on board, with 2015 seeing nearly 11,000 reported occurrences, up from under 1,400 in 2013. Some of the spike may come from increased reporting, confirmation bias and the spread of video-capable smartphones that can widely publicise incidents shortly after they occur, but the issue is a serious one. Airlines, airframers and third-party suppliers are seeking solutions to the issue, including better evidentiary recording of the cabin in order to both deter and prosecute disruptive passengers.

Bastian’s memo also notes that “Delta has apologized to the customers onboard that flight. We are also refunding those customers the cost of their tickets.” A full refund seems above and beyond the norm, but the cost of the tickets to the airline is likely to be dramatically exceeded by the benefit to its employee relations and public perception of taking a stand for decency.

Notably, Bastian’s message of respect and civility — and indeed his tone — contrasts with that of his predecessor Richard Anderson, whose public statements in Delta’s disagreements with the three large Gulf network carriers were casually yet pointedly anti-Arab, linking UAE carriers to the attacks of September 11th, 2001. While there are many factors contributing to what Bastian refers to as “the heightened tension in our society”, normalisation of the kind of message Richard Anderson sent is one of them.

Yet earlier this year Bastian himself doubled down on Delta’s anti-Open Skies messaging, signalling that he is happy to use protectionist sentiment in Washington. “In a future administration, candidly, this argument sells even stronger,” Bastian told Bloomberg in May. “With the rhetoric that’s going on about trade and the US having been taken advantage of, I think there is a much bigger ear there than ever before. And we’re not going to stop.”

In a twist reflecting the often bizarre nature of 2016, the disruptive passenger was — now seemingly incorrectly — reported to work for industry heavyweight (and Delta supplier) Rockwell Collins, which issued an initial statement condemning the incident and stating that it was investigating reports that one of its employees was the man responsible for the disruption.

Like many, we found the behavior of the person captured on video of Delta Flight 248 unacceptable. We are currently investigating the matter

Five hours later, Rockwell’s internal investigation confirmed that the employee named was not, indeed, on the aircraft.