As Apple kills off the 3.5mm headphone jack from the iPhone 7, a significant issue for airlines looms: a sizable proportion of their passenger base will no longer by default have a set of 3.5mm headphones to carry with them for use in the in-seat IFE system.

Apple will include a set of wired headphones, but with its own proprietary Lightning connector replacing the 3.5mm jack. The company, alongside many other retailers, will sell Bluetooth headphones as well.

The #PaxEx problem is this: while 3.5mm headphones were the standard, passengers with Apple smartphones could reasonably be expected to pop their headphones into their carryon and use them with the latest airline IFE systems. For iPhone 7 users and beyond, that will no longer be the case.

For the airlines that do not provide headphones, and for passengers who prefer to use their own to the airlines’ often cheap versions, this is a big issue.

It would seem that there are three general sets of options for airlines:

1) Ignore the change entirely and provide headphones or adapters, either for a charge or on a complimentary basis.

Handing out headphones has obvious cost implications — in manufacturing, staffing, cleaning, logistics and more. The quality of these headphones is also likely to be significantly lower than some customers are used to, which is an existing issue with airline-provided headphones, but likely to be magnified, creating a passenger experience negative.

The adapter situation might seem to be a relatively simple one, but it does lack elegance and only solves the issue for customers with the Lightning-cabled headphones. The numerous people who are going Bluetooth are not helped by this solution.

An uncertified adapter is likely to result in very unpredictable behaviour with the headphones, including the usual Apple accessory suitability warnings, poor performance, the possibility of damage to customers’ headphones, and the fact that flight attendants’ time will be taken with troubleshooting.

For a start, this is expensive. It’s even more expensive given that this is proprietary Apple technology with a DRM chip, which will likely require costly licenses. Going off-brand with the connector results in the same issues as using an uncertified adapter.

A further key issue in airlines’ decisions for this refit option is that Apple’s caprice with proprietary connectors has been a problem for the industry before. Remember the pre-Lightning Apple connector option a number of airlines installed to enable passengers to play content from their iPod on the IFE screen?

In addition, while other PED manufacturers usually follow Apple’s lead on technology, the likes of Samsung and HTC are almost guaranteed not to use Apple’s Lightning connector. Will airlines need to consider a second port as well?

RGN is not yet aware of any embedded IFE provider currently offering certified Bluetooth device integration for audio. “My understanding is that no-one as yet has managed to make Bluetooth headphones or really any other Bluetooth device pair with the seatback and get it certified. There are obviously testing implications around electromagnetic interference,” JetBlue vice president of marketing Jamie Perry tells Runway Girl Network. “As of today, as far as I’m aware, no IFE provider can offer Bluetooth connectivity to headphones.”

An industry expert notes, “As you can imagine, you’re sharing a frequency with 2.4 GHz wireless. Obviously there can be a lot of factors related to interference and when you talk Bluetooth devices, it gets more complex because it’s not standard [on IFE].

“There is a much more economical solution. Is an airline going to stop providing headphones? There is still value in the 3.5mm jack in that that’s the most prolific and least expensive solution for anyone. I think the industry will solve the device integration for audio for Bluetooth, but there are these factors for interference that need to be worked out particularly when wifi is involved, so when you have cabin connectivity, you have to know what solution you’re offering in terms of the integration.”

Certification for such integration is a path as yet unbroken. The lead time alone for this kind of change is measured in years.

The embedded IFE industry is not one used to serious disruption by Apple, though IFE providers have transformed iPads into portable IFE for many airlines, and are working towards seatback solutions.

“IFE providers have not had to deal with this before, because none of their stuff has been disrupted. They aren’t thinking ‘we’ve got to get ahead of this. How are we going to get everything to the point where it can accept whatever’s coming in six months,” says JetBlue’s Perry.

A couple of years ago, Panasonic changed the audio headphone impedance spec on all of its new inflight entertainment systems from the prior 300 ohms standard to the new 40 ohms standard that is common in the consumer world. The move ensured that passengers could use their own headphones in the latest generation IFE systems, without worrying about poor audio or (proverbially) blowing out their eardrums.

Ironically, with Apple’s latest move, airlines and IFE providers will have to deal with the fact that iPhone 7 users and beyond will not be able to listen to the entertainment using their own smartphone headphones.

“I’ve been speaking to a bunch of IFE business partners over the last few months and asked them what their plan is, and it’s become clear to me that none of them have a plan. At all,” says JetBlue’s Perry.

Could JetBlue’s own current protocol around headset sales be a model for other airlines? The carrier, which offers free live television via its Thales/LiveTV seatback IFE (and is rolling out a new Thales system in 2017), currently offers a set of 3.5mm headphones for $5 to passengers who haven’t packed their own. But Perry suggests that JetBlue — and indeed other carriers — may not feel able to charge for 3.5mm headphones if passengers bring their own with Lightning cables.

“The reason why I’m worried about it is that I can see a scenario in about six months’ time where everybody’s turning up on the plane with their new headphones that they got with their new iPhone 7, and they’re looking at us the airline and going, ‘why can’t I use my headphones’.” 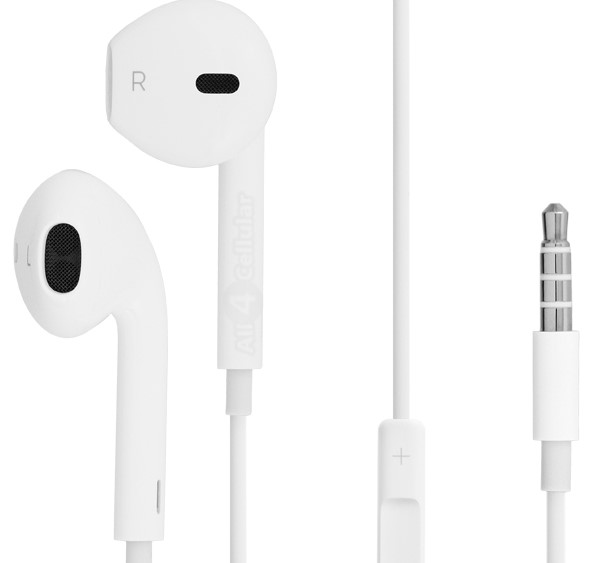 The 3.5mm audio jack has been a standard for decades. Image: Apple

Perry is clearly concerned about how IFE providers have approached the matter. “My fear is that they listen to what’s coming out today and then they’re going to start thinking about it. Given the certification leadtimes for changing anything physical on the plane, that’s a problem.”

The JetBlue executive highlights that Apple got rid of disk drives, got rid of CDs, got rid of Ethernet cables, “so this is not a surprise that it is something they should try and do. Given their market clout and their general leadership in this space, it’s inevitable that they would get round to this at some point. So I’m a little bit frustrated that no-one seems to have a plan on how to deal with this.”

In the spotlight after EK521, Avionica talks capabilities, growth plan