ZURICH — The first thing you notice when you board the Bombardier CSeries is just how civilised it is. Wide aisles. Wide seats. Only one middle seat per row. Large bins, with the capacity for the most American of carryons. Sweeping curved overhead bins that make this regional jetliner feel like a mainline aircraft. Bright, clear lighting. Huge windows, tall enough that even this 6’3”/191cm journalist didn’t need to stoop to watch the takeoff.

And what a takeoff it was on this, the first passenger flight of the aircraft: demonstrating the London City-style short takeoff and high angle capabilities of the CS100 to the assembled CEOs of the Star Alliance network, Bombardier’s test pilots set maximum flaps for the Pratt & Whitney PW1500G aircraft and it roared into the sky.

Roared quietly, that is — one hallmark of the CSeries is the ultra-quiet cabin, which was evident even seated behind the wing in the area of the aircraft that is normally relatively loud. Externally quiet aircraft are important in order to win approval for regional services into city centre airports without raising the ire of residents, while internally quiet aircraft make for a substantially improved passenger experience over earlier generations of jets (and turboprops).

The only notable (or indeed in any way unusual) noise was a brief but somewhat penetrating growl of the Pratt & Whitney engines on the ground, which may well have been as the geared turbofan engine shifted gears.

Inside this airframer-operated, Swiss-liveried flight operated by test aircraft FTV5, which Bombardier called “semi-commercial”, given that no fares were paid but otherwise all the processes of commercial aviation were followed, the airframer had installed new seats from Zodiac Aerospace pitched at 30”, which is a likely standard for the CSeries on regional duty. (Major customer Delta’s regional jet standard on the competing Embraer E-170 is 31”.)

These will not be the seats to be installed by launch customer Swiss, which has selected the ZIM Unique. (On-the-aircraft information from a Swiss spokesperson about the provenance of these seats was corrected by Bombardier.) But if Swiss’ seats are anything like this test rig’s, then passengers will be thrilled. They outpaced any seat on any European airline’s narrowbody fleet this writer has sat in this year, feeling much more like the 32” pitch of Lufthansa’s Recaro NEK seat than the 30” of British Airways’ B/E Pinnacle new Club Europe — which are installed on the A319 mainline aircraft against which this aircraft’s larger CS300 series will be competing.

In terms of direct competition with the Embraer E-Jet series where this CS100 is aimed, the sense of personal space was significantly greater than on either the E-190 or E-170 families, both in terms of seat space and cabin space. Shoulder room in the window seat was impressive, and this flight with media squeezing past Bombardier and Star Alliance CEOs who were standing to talk to seated journalists demonstrated the real-world benefits of the wider aisle that the CSeries’ cross-section is able to offer.

Also wider: the lavatories in the CSeries, which have not undergone the miniaturization that existing Boeing and Airbus narrowbodies have experienced. Clearly, Bombardier sees benefits in offering lavs that passengers are able to use comfortably, and their location outside the tracks for passenger seating (between door 1L and the flight deck, and in the rear bulkhead), mean that they are unlikely to be shrunk to increase density. 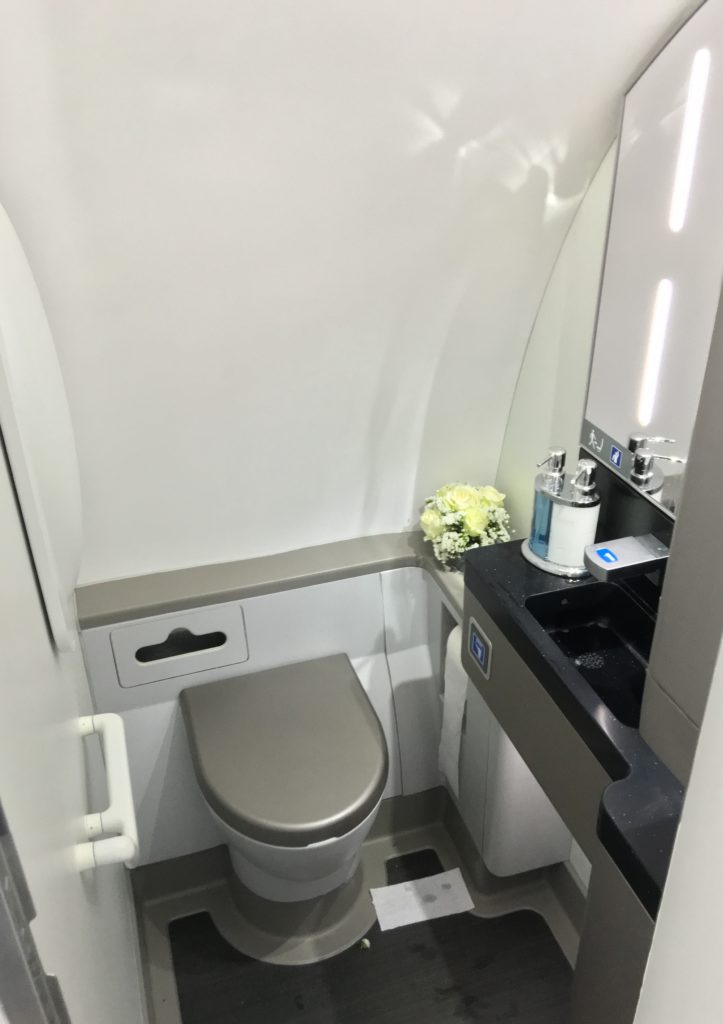 The lavatories in the CSeries. Image: John Walton

In passenger experience terms, this is one of the most notable and impressive débuts of a jetliner in many years, rivalling the Airbus A350 in terms of onboard comfort and ambience — but of course on a significantly smaller scale. For what Airbus head of sales John Leahy derided as “a cute little airplane” in Hamburg this week, the CSeries punches above its weight and might just give its competitors a bloody nose in the #PaxEx fight. 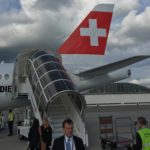 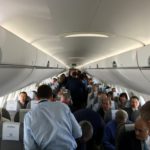 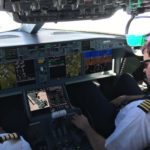 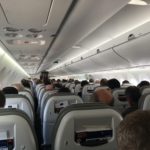 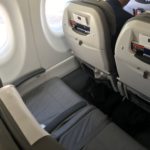 PaxEx is the watchword for the CSeries. Image: John Walton 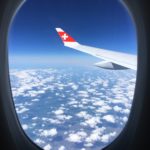 John Walton flew on the CSeries as a guest of Star Alliance, Swiss and Bombardier