Delta’s new premium economy is currently planned to take wing when its Airbus A350 aircraft arrives next year. The airline has the opportunity to take a significant late mover advantage in the premium economy space, potentially redefining the cabin. So what are the options for an airline in Delta’s position, with an established “comfort canyon” between extra-legroom economy Comfort+ seats and fully flat beds on most longhaul international flights, with direct aisle access on all international widebodies?

The first question for Delta is whether it intends to make this cabin a reframing of its existing Comfort+ product. On the one hand, this is an existing brand that has been filed as a separate fare bucket for six months, is expanding in that way, and integrating an international version of Comfort+ would enable through-selling of a middle-cabin product, which currently faces airline tax concerns. Combining the two could also reduce the risk of product dilution between international business product Delta One and basic economy at the back of the bus, particularly since Delta has so far eschewed the race for the bottom in ten-abreast 777 and nine-abreast 787 configurations that United and American are both trying to win (to passengers’ loss). 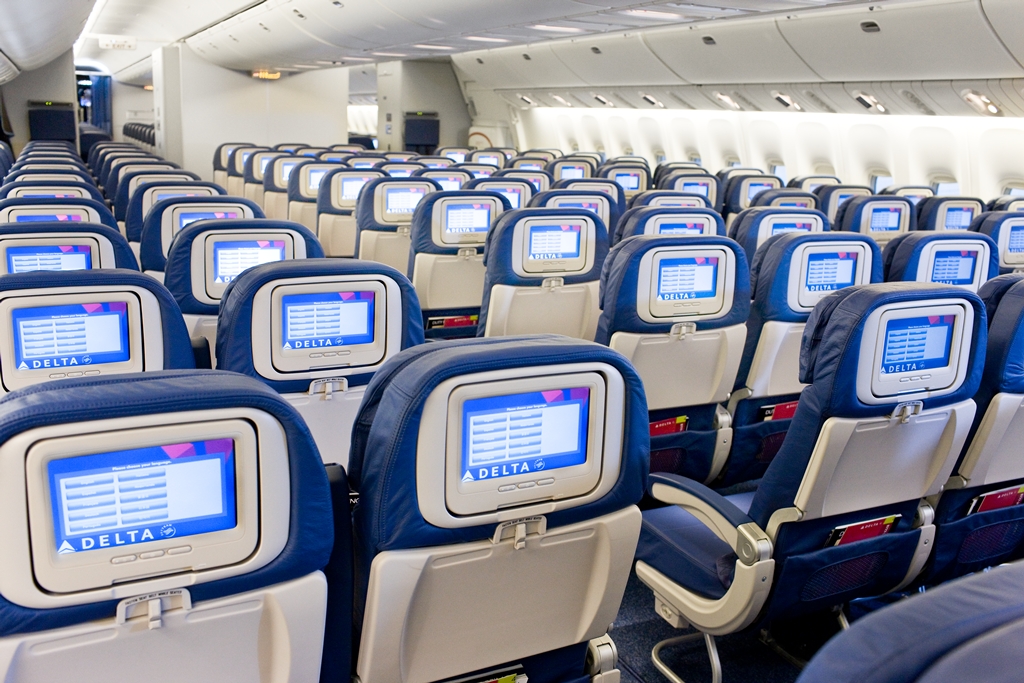 How will Delta fill the Comfort Canyon on its 777 aircraft? Image: Delta

On the other hand, extra-legroom ancillary seats are both widely popular and deeply profitable. Moreover, even though Delta has relatively wider seats in economy than many other airlines, it should be possible for Delta to design a product that bridges the gap between, say, a Contour herringbone in Delta One and 3-3-3 configuration in Comfort+ on a 777, or a Vantage staggered bed and a 2-3-2 Comfort+ product on a 767. That gap is important not just for passenger experience and market segmentation purposes, of course, but also for the upgrade insulation that a full premium economy cabin offers. Retaining Comfort+ could enable Delta to prioritise upgrades to premium economy for passengers already seated in Comfort+ through status, purchase or both, even while it prioritises upgrades to Delta One from Comfort+.

So what would the kind of premium economy seat Delta is probably aiming for look like? To start off, Delta needs to decide on pitch. International premium economy seats are very similar across airlines, with 38” being the norm. Delta’s first class product within most aircraft in the US, however, varies between 38” on the 73H-coded Boeing 737-800, 37” on its newest fleetmember, the Airbus A321, and 36” on its old ex-Northwest A320s. It’s possible that the airline could, with newer slimline premium economy seats, save on legroom, but with Comfort+ already at 35” it would seem that a greater pitch would be more likely.

Width, too, is a question. Most airlines offer a 2-3-2 on Airbus A330 and A350 cross-sections in premium economy, with Boeing 747 and 777 aircraft seeing 2-4-2. Those kind of numbers give a seat width possibility of around 21” when including ample armrests. If Delta rolls out premium economy to the 767, it will have to decide whether it is happy with a relatively narrow 2-2-2 configuration, or if a wider 1-2-2 layout is preferable. The problem with the latter (and, to a lesser extent, with the former too) is that it starts getting into the realm of offering a significant amount of direct aisle access, which dilutes a key benefit of Delta One, especially on a shorter day flight like Europe to the US east coast. There is also Delta precedent for a relatively narrow recliner, from the relatively recently retired Douglas DC-9 through the newer Boeing 717: these narrower aircraft have sub-20” wide seats in domestic first.

Dressing the seat is another choice for Delta, and one that will play an important role in how the brand for its premium economy product is perceived by paying passengers. Its current diamond waffle-stitched seating stretches through Delta One to domestic first and into Comfort+, which means it is likely to extend to premium economy. Yet there will be a trick to making premium economy stand apart and yet between business and extra-legroom economy. With the strong sense of brand Delta has recently been weaving, it is unlikely that the airline will as completely debrand premium economy as Singapore Airlines has done, but there may be room for innovation here. Perhaps a principally burgundy seat to contrast with the blue elsewhere? 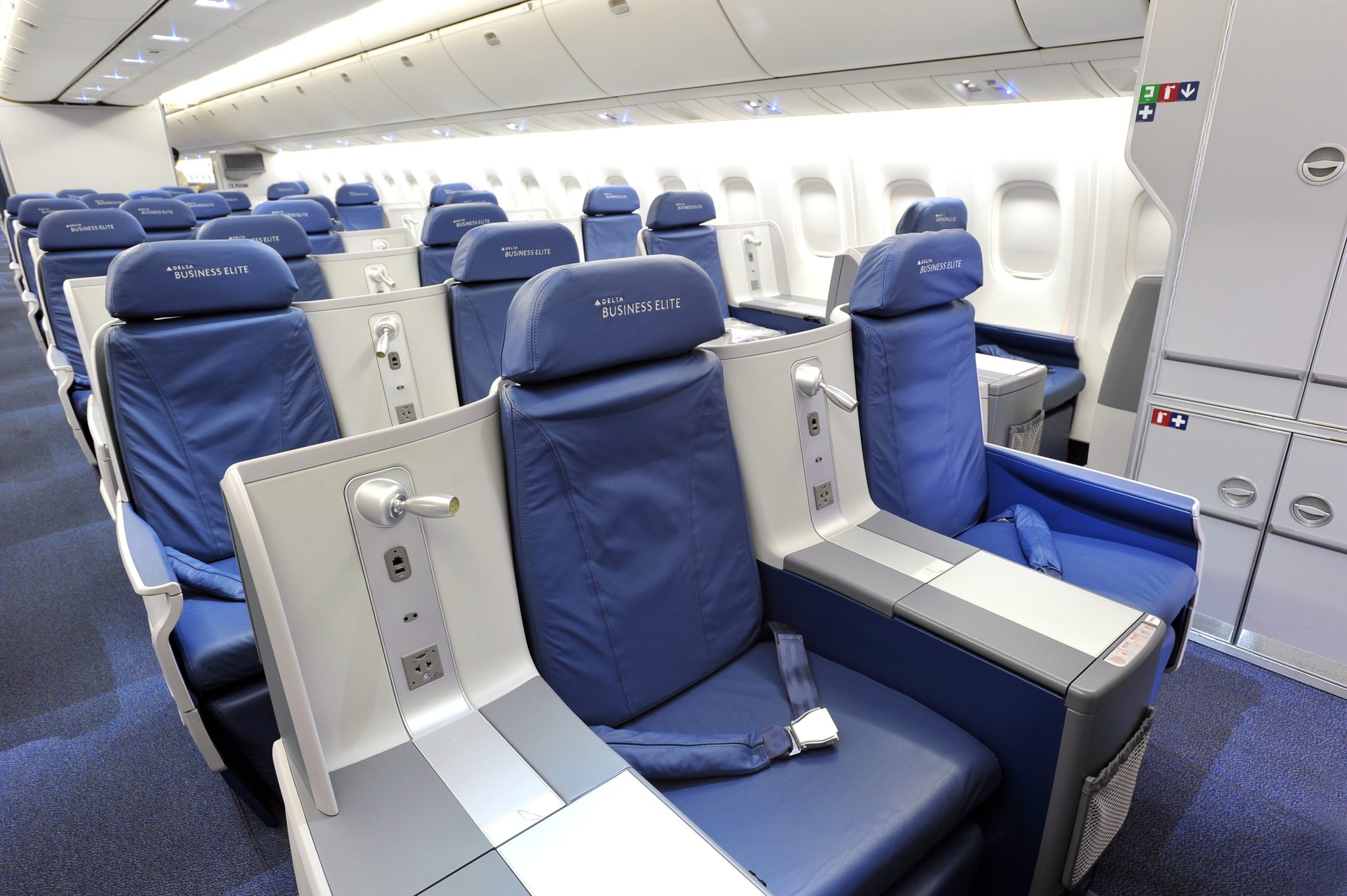 If Delta does go for a recliner seat similar to most other airlines, as opposed to something more revolutionary like Stelia’s Celeste, other decisions include whether to add a legrest throughout (like Air New Zealand, say), in the first row only (like most airlines) or not at all. Concurrent with that decision will be the option of a swingdown footrest for shorter passengers, and how that integrates to get out of the way of the shins of taller passengers.

But one of the biggest decisions is which parts of the fleet to roll the new seats out on. The A350 is a definite, and it would be a big surprise if the A330 fleet was not also included in this. Delta seems to be keen to keep its 777 fleet going too, so expect these to be on the list as well. Delta’s late-model 767-400ERs should see premium economy, and it would be a surprise if the later 767-300ERs did not as well. By contrast, the 747-400 fleet that has had its economic life extended slightly by low fuel prices would be a low priority for premium economy. The Boeing 757-200 international fleet is a mixed case, with Delta continuing to snap up the occasional late model 757 and enough of the existing fleet delivered this millennium that premium economy could be a benefit here. That’s particularly true given that these aircraft often operate relatively high-yielding but low-#PaxEx routes where extra comfort below Delta One would be quite welcome. The fact that Delta already has a modern recliner product developed and certified for the domestic and shorthaul international 757 fleet means that this could be a relatively quick win in terms of premium economy rollout.

As to the when part of that rollout, with a large number of Delta international aircraft already outfitted with Gogo Ku-band inflight connectivity, the airline does not necessarily have an opportunity to programme premium economy and wifi outfitting in the same maintenance window. Yet Delta has a fair amount of seasonal variance in its demand profile, together with enough capacity flex as new aircraft join the fleet while old aircraft are not as much of a priority for retirement thanks to fuel pricing, that means a fast rollout should be relatively possible. The direction — and the pace — Delta chooses will be a harbinger for the industry. 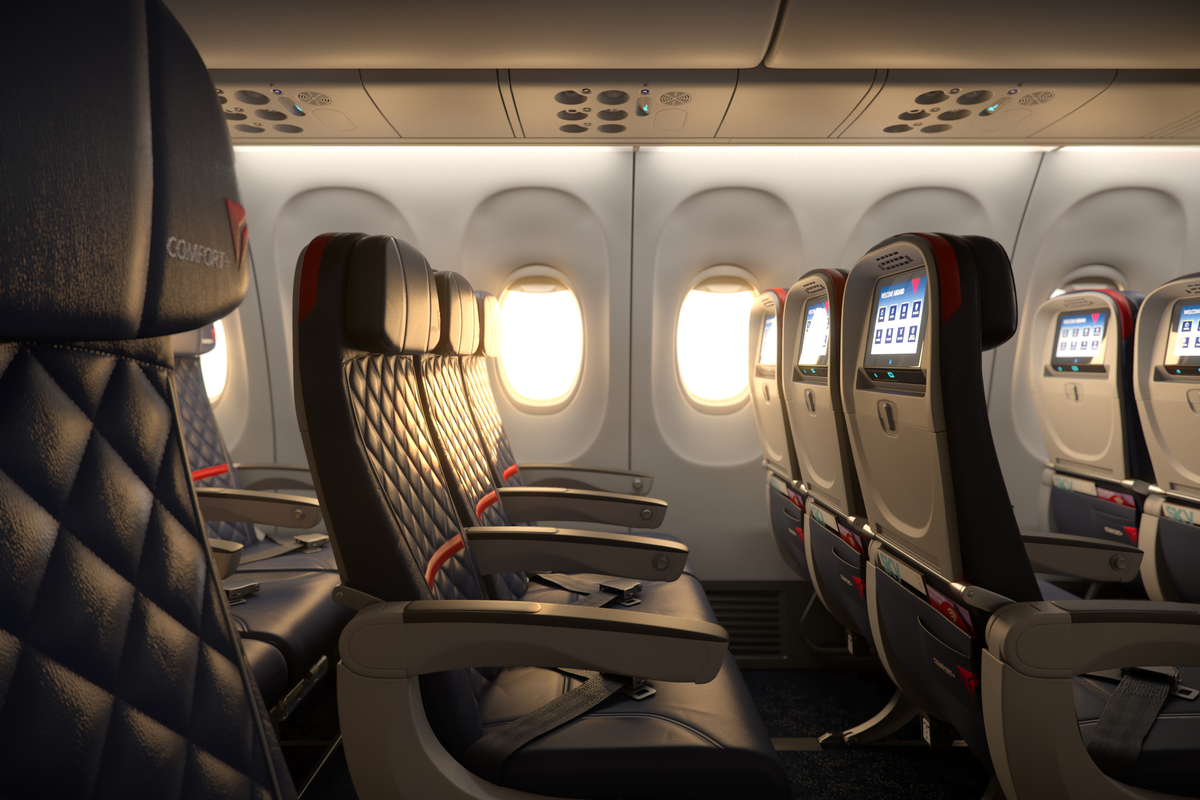