Despite the new round of criticisms Qatar Airways CEO Akbar Al Baker recently directed against the Pratt & Whitney PW1100G-JM engine for the Airbus A320neo, P&W insists it solved the engine’s two initial-service technical problems months ago and has been delivering production engines with the required minor modifications for more than a month.

As of late week, at least 10 PW1100Gs will have been delivered with the required modifications incorporated during normal assembly of the geared-turbofan engines, according to Danny Di Perna, who as P&W’s SVP operations is responsible for the company’s entire manufacturing operation.

Di Perna told reporters at P&W’s engine-manufacturing facility in Middletown, Connecticut that P&W shipped eight production PW1100G-JMs to Airbus in May with the mods incorporated.

Standing in front of a production PW1130G on the Middletown assembly line – which had five PW1100Gs in assembly but is capable of handling 20 at a time, as are the PW1100G lines at P&W’s West Palm Beach facility and at partner MTU Aero Engines in Munich – Di Perna pointed to two completed-and-packaged PW1100Gs 10 yards away.

After completing shipping documentation work on the two engines, both of which had the required mods, Pratt & Whitney was shipping them to Airbus within the next two days, Di Perna said.

Perhaps not coincidentally, a huge Antonov An-124 freighter was parked at nearby Bradley International Airport all day on 7 June, but it departed during the overnight hours.

P&W internally calls all the production PW1100Gs which have the modified parts incorporated routinely during assembly “golden engines”.

One of the two engines awaiting shipment – serial number 770160, the other being 770175 – was P&W’s first “golden” PW1100G engine to be identified as such in company documentation. All engines with serial numbers above 770160 have the modified parts installed in normal assembly.

Late-stage flight testing of the PW1100G-JM identified two issues which persuaded Qatar Airways, the originally scheduled A320neo launch customer, not to accept any A320neos until P&W modified the PW1100G-JM engines the airline had selected to power the aircraft.

One was a software issue which caused the PW1100G-JM’s full authority digital engine control (FADEC) software to send higher-than-expected numbers of false warning indications to the pilots’ displays on the flight deck.

This issue has been fixed. However, Tom Prete, P&W’s VP engineering, said at the Middletown plant that it taught P&W the lesson that, “when we’re working with airframes, we don’t assume nuisance faults are OK just because the pilots have a piece of paper” saying so. “It increases pilot overload. There were a lot of system-level fault [indications] that came through the engine controls.”

More publicly highlighted has been the rotor-bowing issue which has meant Lufthansa, IndiGo and GoAir having to endure four-to-five-minute start-up times for each unmodified PW1100G-JM engine which has not had at least two hours’ time to cool down after its previous flight.

In such cases, before starting up, each PW1100G-JM has to undergo a period of low-pressure spool rotation at no more than 10 percent of maximum rotation speed. This is to dispel, by cooling the high-pressure compressor (HPC) module, the thermal gradient which builds up across the HPC. This thermal gradient produced the rotor-bowing issue on the final, eighth HPC stage, which is a one-piece integrally bladed rotor (IBR) produced by P&W. (All eight HPC stages are one-piece IBRs; MTU produces most of them.)

The rotor bowing causes a less-than-optimal clearance between the blade tips of the eighth-stage IBR and the abradable compressor-case lining which surrounds it, reducing the engine’s efficiency.

P&W’s permanent hardware mods for this issue are designed to bring down the maximum cooling time required for the HPC upon engine start-up to 90 seconds per engine, the standard for the V2500-A5 engines powering current-generation A320s.

One P&W fix for the rotor-bowing issue was to add a proprietary, toughened coating of ultra-hardened, ultra-sharp cubic boron nitride (CBN) to the eighth-stage IBR’s blade tips. This CBN coating allows the blades to create a better seal with the casing lining when, intentionally, they cut into the compressor casing’s abradable lining as the high-pressure spool rotates. This reduces HPC efficiency losses.

“A bit of it is holding our feet to the floor to make sure we do what we say we are going to do and I think, frankly, a bit of it is grandstanding,” Leduc said in characterizing Al Baker’s allegations. “But I’m not going to debate my customers.”

Leduc said the real story regarding the examples of all five PW1000G geared-turbofan versions that P&W has now delivered to five airframe manufacturers is that every version has immediately met its in-service fuel-burn, emissions and noise targets.

“We have five engines out of the box that hit their specifications,” said Leduc. “I would argue that is an unprecedented activity by any engineering organization.” 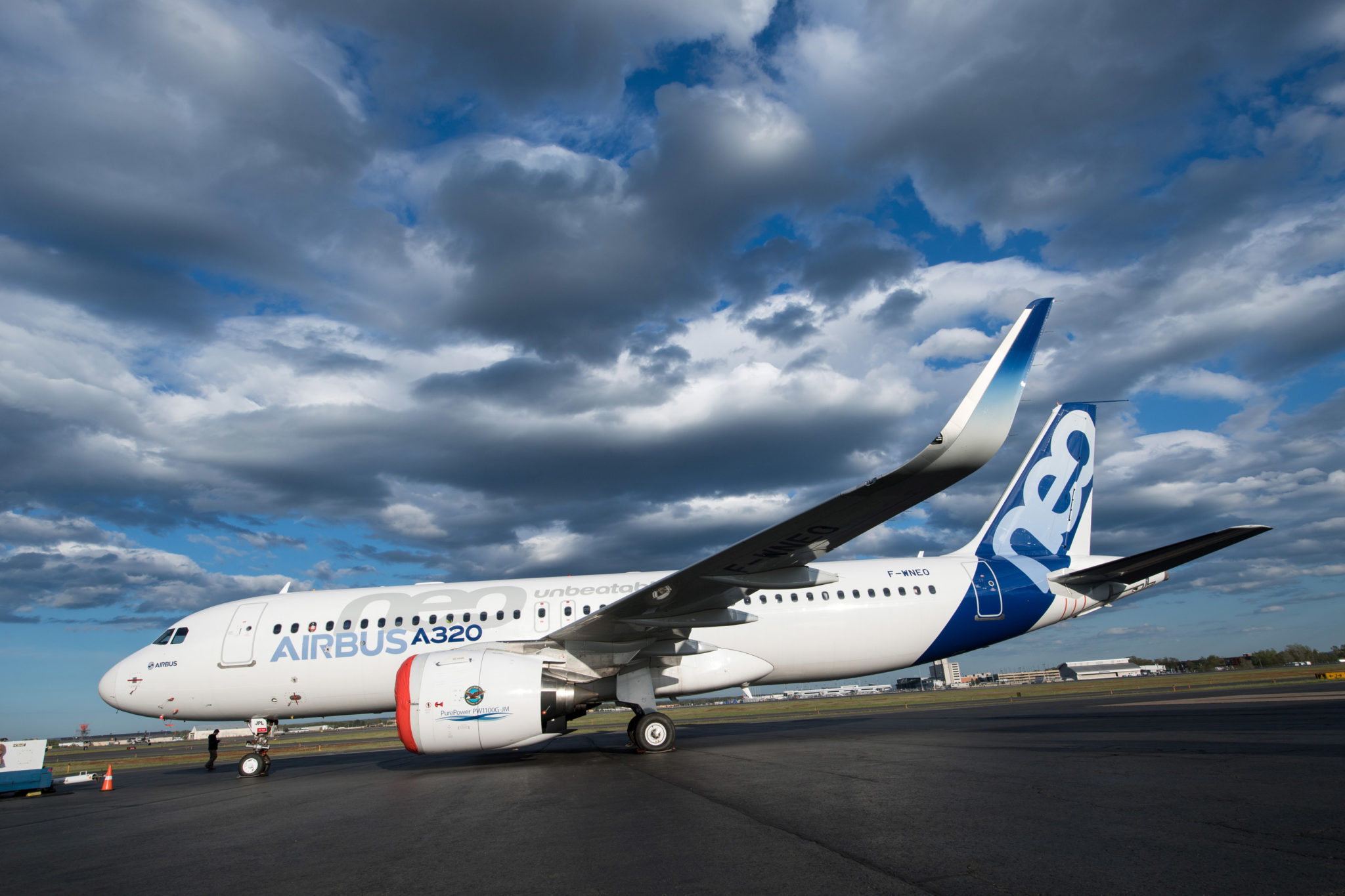 Decision time for Delta with new premium economy on the cards