What do economy class passengers on Swiss’ Boeing 777-300ER, crew members on the Boeing 787 and 747-8, and pilots of the McDonnell Douglas F/A-18 Hornet have in common? Stimulite, a thermoplastic urethane (TPU) seat and mattress cushion in a vertical honeycomb shape designed by San Jose, California-based Supracor.

Vice President Susan Wilson sat down with Runway Girl Network (quite literally, on the company’s products) to explain more about this revolutionary seating material.

“We are the originators of flexible bonded honeycomb,” Wilson explains. “It’s an elastomer version of the honeycomb that’s typically used in a structural form in aircraft. We use the same geometry of aerospace honeycomb, which is the alternating thick and thin wall cells. When it’s made in an elastomer product, it enables the honeycomb when somebody’s sitting on it to contour to the body.” 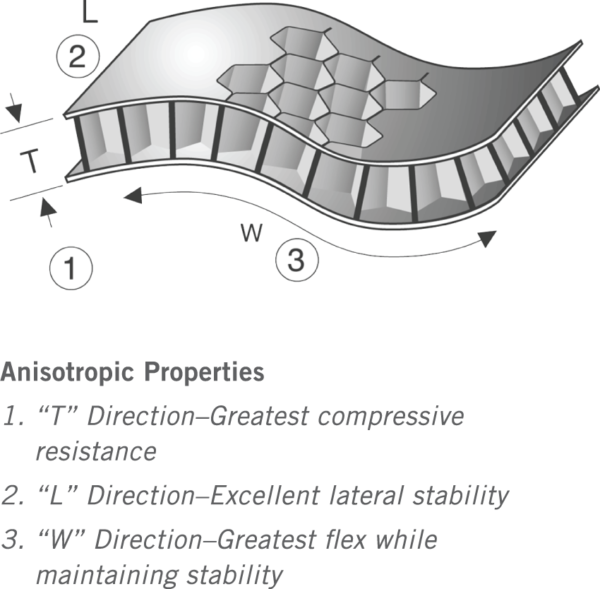 Outlining the company’s background, Wilson says that, “We actually started in seating with wheelchair cushions in the early 1990s. We also make hospital mattresses for pressure sore prevention, and when Boeing was working on the 787 they were looking for a better mattress for the crew, and a smart woman engineer at Boeing said, ‘I should look in the medical field’. That’s how they found us, and they actually did a blind comfort study where they had several different mattresses, they’d have people come and sleep on them, and fill out a questionnaire. Hands-down, everybody preferred our mattresses.”

These mattresses are now flying in both 787 and 747-8 crew rest areas.

“The other advantage,” Wilson notes, “is that ours are so much thinner. We take advantage of the optimum strength-weight benefits of this cellular structure. So they actually disguised the thickness of ours so they wouldn’t have the perception that it was thin.” 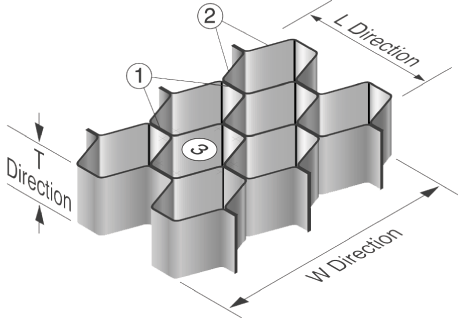 “Once we had that certification from Boeing,” Wilson says, “we said we should really get into the seating market. So we started to develop some grades of material with BASF, who is our supplier, who developed an FST-compliant material for us, which we needed for the seating market. It’s taken a while, because new technologies take a while to be adopted, but we’re now flying with Swiss in their economy section.”

On top of the Swiss seat, the natural assumption that an airline would use a leather material for durability and ease of cleaning turned out to be incorrect.

“Actually, they’re using fabric, and that’s another benefit of this technology: it’s completely washable. Swiss, because they’re using a fabric dress cover, they wanted to take advantage of the ability to wash the cushion. We designed a reusable fire-block cushion for them, so they can take it out if somebody spills coffee on it. Typically what happens if there’s an accident like that is that the foam cushions can’t be washed, they have to be thrown away and go into landfill.”

Wilson understands that one large airline alone disposes of 1,800 cushions a week, not least because in the event of a bedbug being found dozens of cushions must be removed.

Stimulite, Wilson says, “can go in a commercial washing machine with mild detergent. Because it’s open, you just shake out the excess water and it dries within an hour or so. All the cells have little perforations, enabling the air to circulate horizontally and vertically, and the moisture to evaporate.” 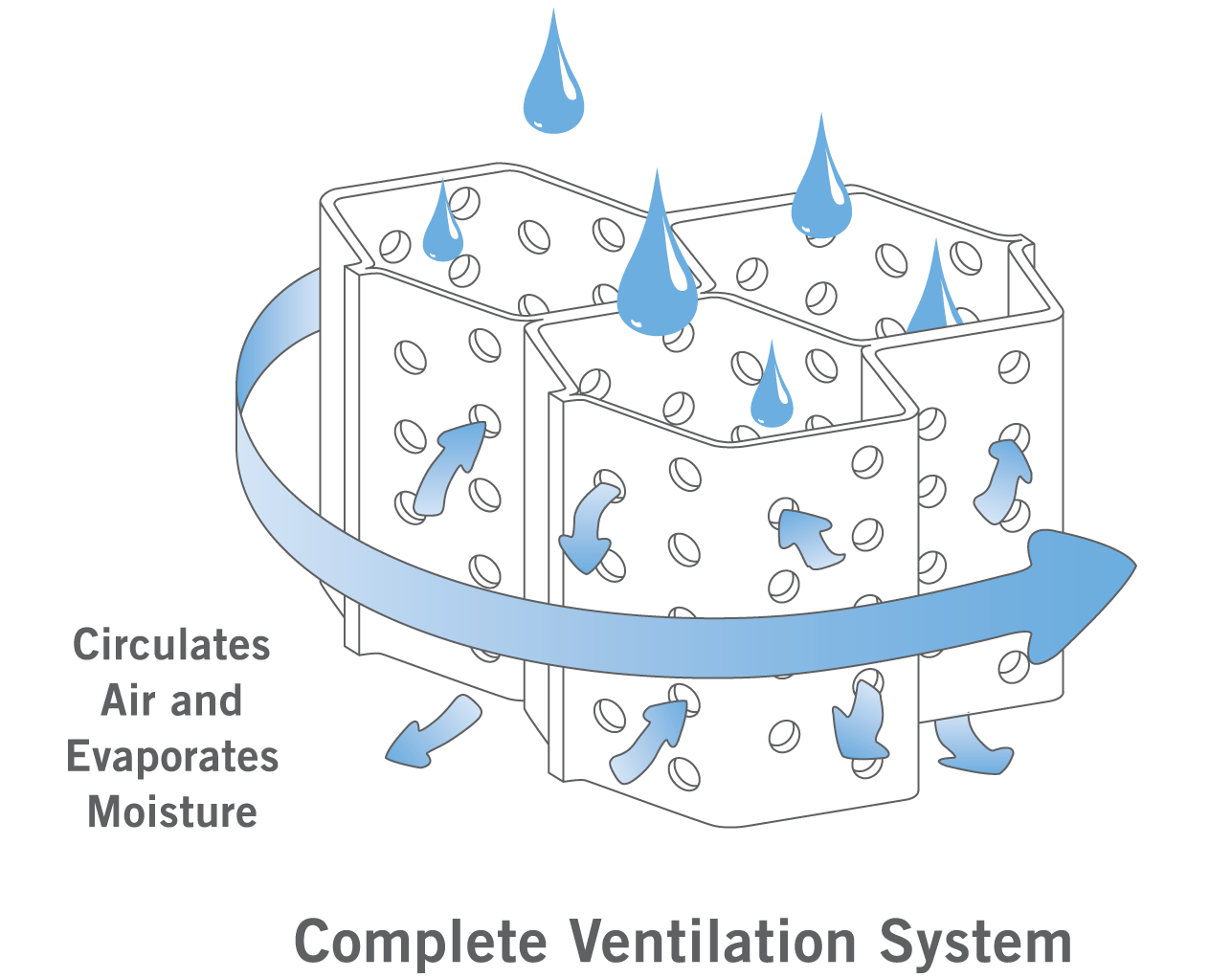 “One benefit for flat seats,” Wilson continues, “is, because we make mattresses, we can design a surface that transitions perfectly from being upright seating to lie flat. Our medical mattresses are zoned, and we can change the stiffness within the surface. That makes it perfectly appropriate for a seating application. It’s seamless: there are no transitions. The other benefit, obviously, is that it is very lightweight.”

“I feel like it’s a game changer in the industry,” Wilson concludes, before handing RGN an 2/3- inch-thick elastomer cushion topper for the home office chair to try out. After nearly a month, and despite much initial skepticism, we’re sold on the comfort of Stimulite. 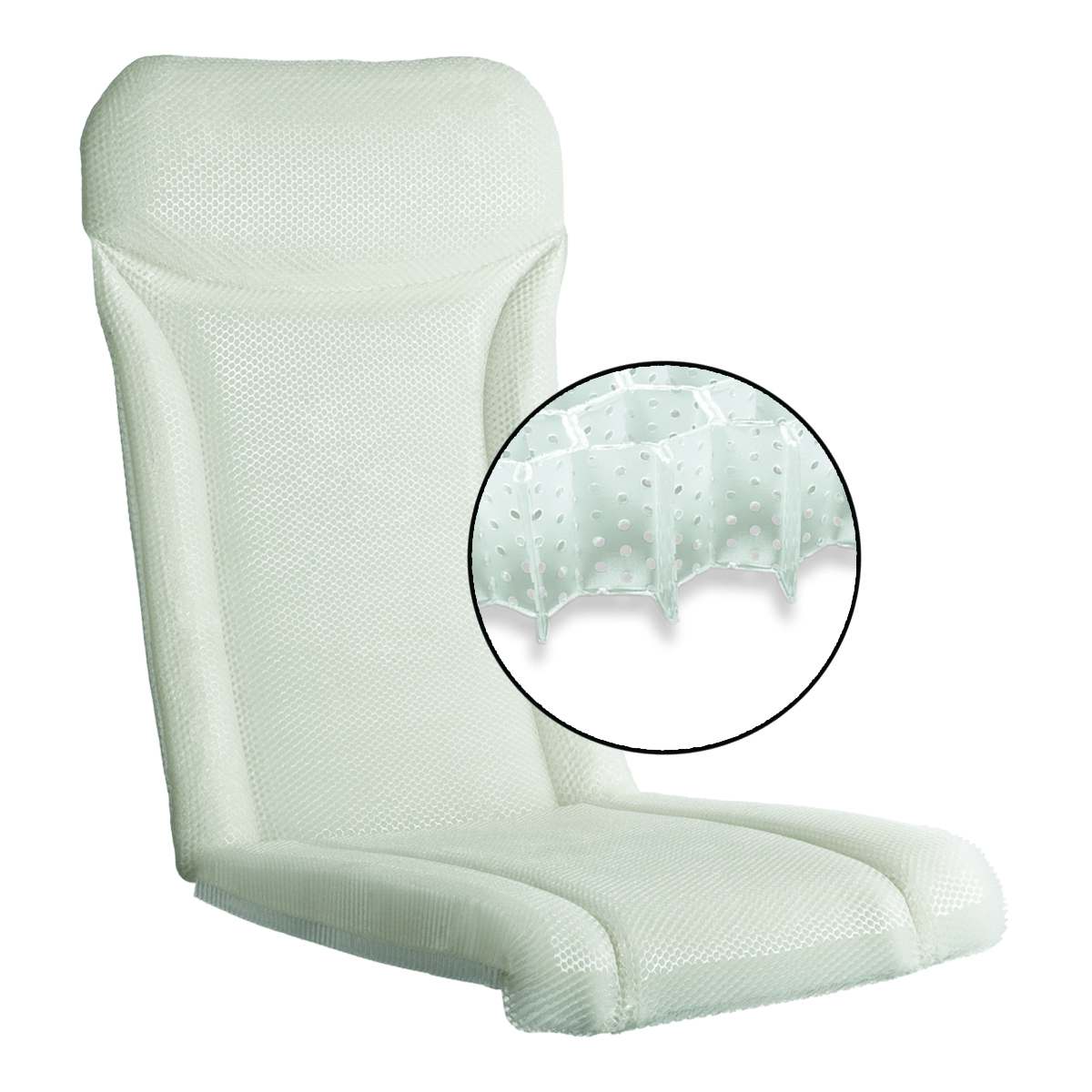 One benefit of the Stimulite material is that it can be formed into virtually any seating application shape. Image: Supracor

All images courtesy of Supracor.