On the evening of Tuesday, 5 April in Hamburg Germany, the luxurious Kempinski Atlantic Hotel played host to the 10th anniversary Crystal Cabin Awards and Gala dinner. Among an impressive list of esteemed guests and speakers was Emirates Airline president Tim Clark. In his opening keynote speech, the seasoned industry veteran discussed his personal passion for aircraft interior design and comfort innovation, praising industry manufacturers for challenging the status quo and allowing airlines like Emirates to excel in #PaxEx initiatives, while of course keeping a close eye on bottom lines and operational efficiency.

He began by recalling the 1980s, which was when he and other Emirates cabin specialists dared to think outside the box. “Everything was rooted in the 1970s,” he explained. “So here we were in the mid-80s trying to create a new way of doing things and of course it was almost impossible to do that because I was looking at Tristars and DC-10s and 707s and 747-100s and -200s and the interiors… and it was a nightmare trying to find a way to do it.

“Finally we said ‘enough is enough’. We need to challenge everything, we need to go to the manufacturers and we need to strip out the cabins and the ceilings and look at what was behind, look at the provisions and how they’d done the electrical work and the conduits. And we had to keep challenging them and challenging them to try and make the cabins so that we could create a bit of seating architecture that took full advantage of the fuselage.” 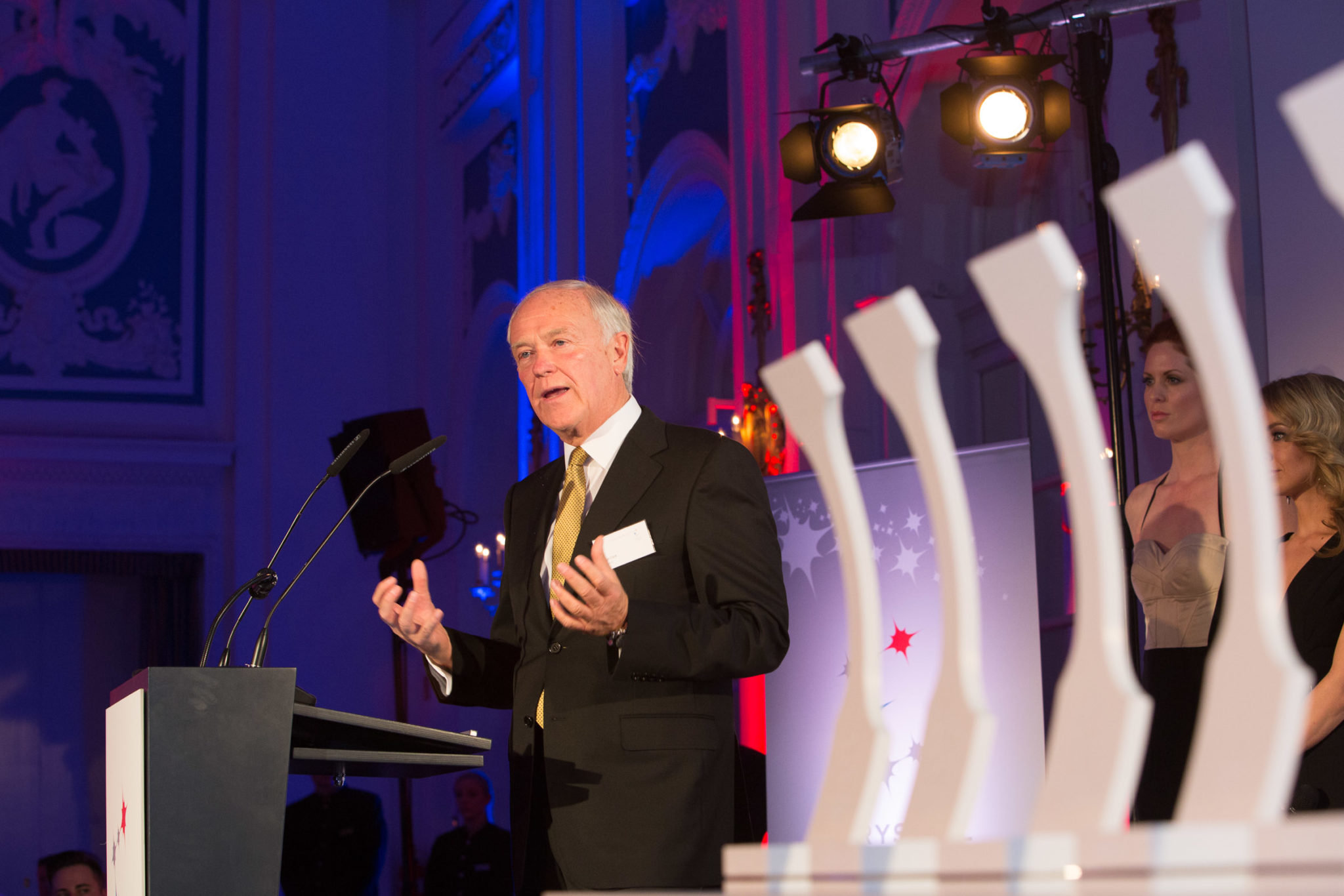 Sir Tim Clark was a guest speaker at the Crystal Cabin Awards 2016. The only award of it’s kind, recognizing innovation in #PaxEx and cabin interiors. Image: Hamburg Aviation

Passenger comfort in those days, Clark continued, was rarely viewed prom a passenger perspective. Even at his own airline, it was a struggle bringing cabin design and service issues into the spotlight when the rush to expand route networks and the need to make money trumped all else. Indeed, it was a challenge just to shop for new cabin innovations until a new kind of exhibition took shape in the south of France.

“We had the first [Aircraft Interiors Expo] in Cannes in the early 90s and there were groups of us who thought this was best thing that ever happened, because [prior to that] every time we went around looking to see whether there were developments in interiors or cabin innovations, it was at places like Farnborough or Le Bourget, [air shows] where they were very marginal and being pushed behind missiles and tanks. There was a high level of frustration, but then [Aircraft Interiors Expo] came together in Cannes and it very rapidly grew out of Cannes,” said Clark.

Year-on-year now, the Aircraft Interiors Expo has grown larger and more diverse in its offering, and the Crystal Cabin Awards (the only international award recognizing aircraft cabin innovation) have grown and evolved right alongside it, with Emirates as a prominent sponsor.

“Today we’ve gone through a revolution in the way we appreciate the importance of interior design, which is fantastic for people like me because you guys are doing it, and it makes my life a lot easier. Everyone here in his room are helping people like me to get the job done and keep people interested in flying and make it an enjoyable experience,” he said to the room full of hopeful finalists, judges and guests, adding later that the awards are truly a culmination of the work going on in the industry. 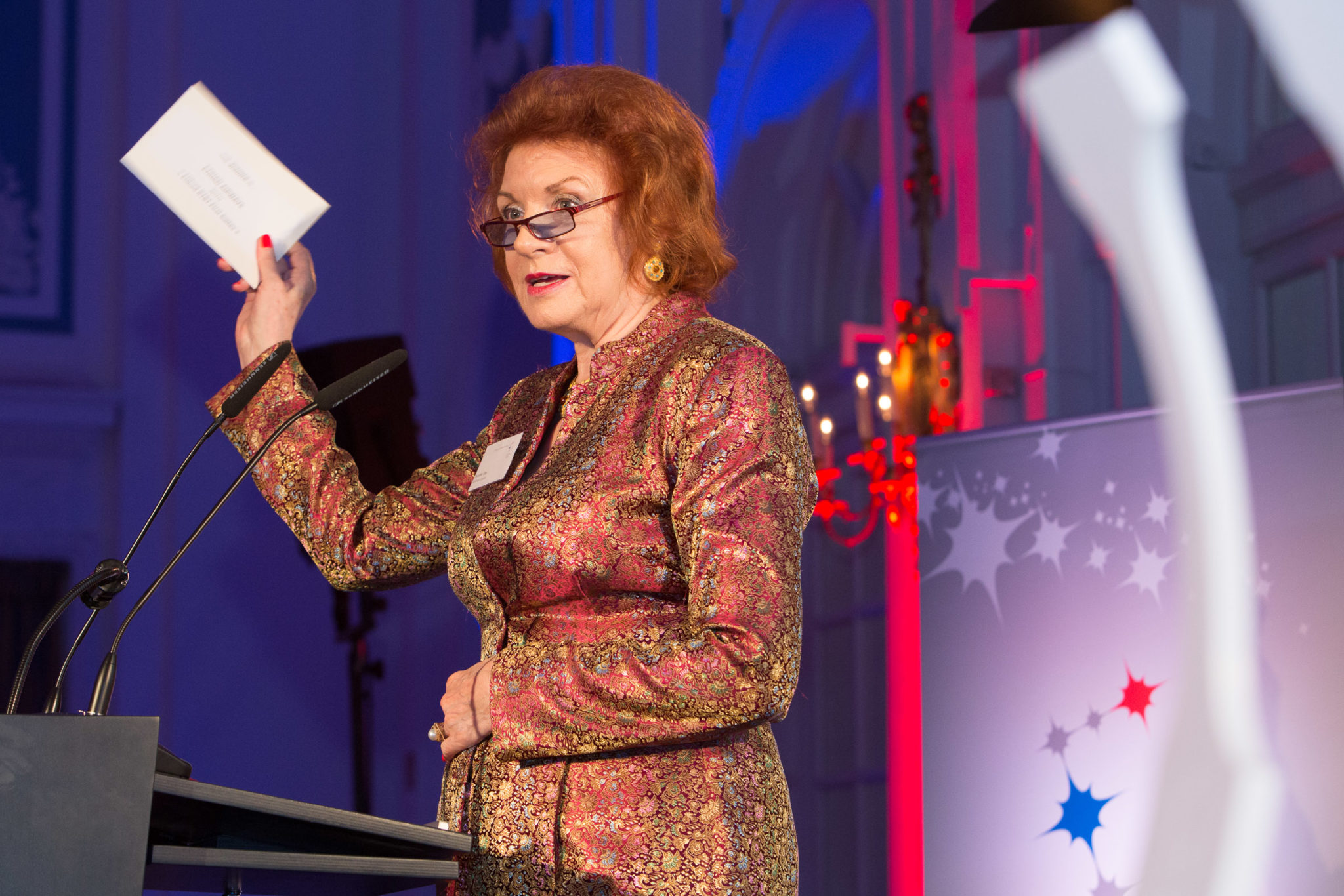 Added Clark, “The industry needed focus, it need to bring all the players together into a cohesive group where there would be a cross fertilization of ideas. When they started [The Crystal Cabin Awards] ten years ago, it was an interesting development, it was something nobody else had done before, and they’ve stuck at it they’ve done really well to take it to the level that it is today.”

See the official video of the 10th Anniversary of the Crystal Cabin Awards below.

Point Break remake makes you yearn for the original