I have this theory about British Airways’ Club World business class product, from start to finish: that it’s designed for people who have fond memories of the British boarding school experience.

Tempting nuggets of prospective future Club World seats continue to be turned up  — notably by AeroPatent — from likely BA design partners including PriestmanGoode principals, looking at the way BA’s product resonates with a core part of its key demographic can point the way to how that demo, and the product, are evolving in the future.

It starts at the lounge: a comfortable enough, relatively upper class experience that feels rather like a boarding school common room. Only those in the know, of course, can speak the secret Shibboleth and ask the lounge attendants for a glass of Champagne — the bubbles isn’t out on display and there’s no sign explaining to the uninitiated. You have to observe and repeat, or be clued in by an experienced student of the lounge school.

The lounge food, too, is very boarding school, especially at Heathrow. Brown thing (stew, curry, tagine, pasta sauce) on white thing (rice, potatoes, pasta) with occasional vegetable thing (industrial coleslaw, salads), all served in catering-sized troughs with bits often baked onto the sides. In reality, the food on board isn’t much better. My tactic is always to see whether there is an extra starter available in exchange for my main course, because they’re invariably nicer. 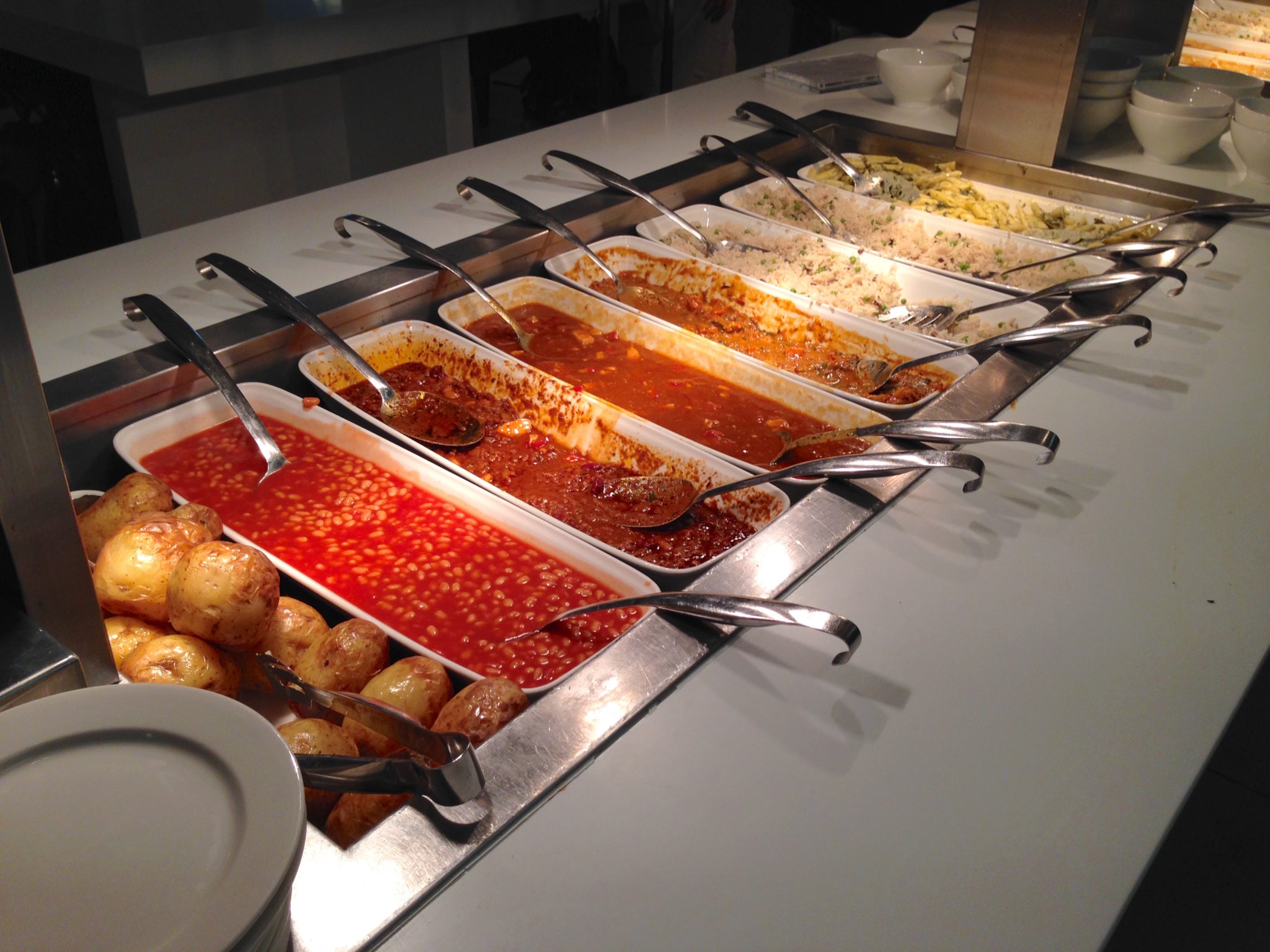 Four choices on the brown spectrum and three on the beige. Image – John Walton

On the aircraft, it’s very much dormitory style. As the child of NGO staff member parents, and someone who decided to go to boarding school rather than move every few years, I remember well the narrow beds, thin mattresses, and lumpy pillows that weren’t particularly comfortable only too well, and am reminded of them whenever I fly BA. There’s a modicum of privacy for the girl or boy on the far side of the separator, but the other beds are exposed to the rest of the dorm.

Strong tea, a hearty if non-epicurean breakfast on overnights, cabin crew who can be on the brusque side of no-nonsense… the only thing that we didn’t have at boarding school was a relatively decent wine list on board. 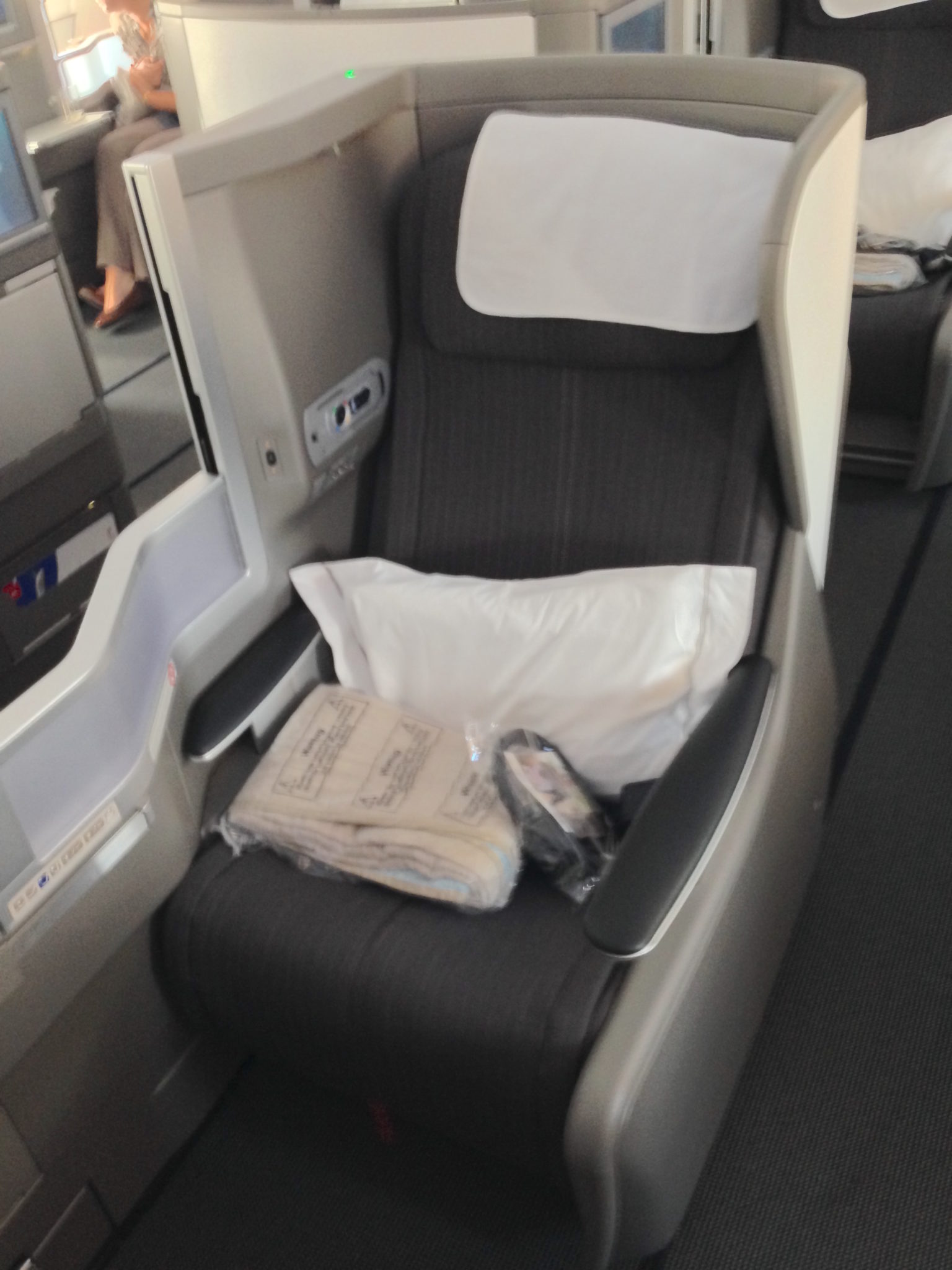 BA’s seat has only slightly changed since it was re-engineered in 2006. Image – John Walton

It’s in this context of a significant part of the British business class market being familiar with an experience that rings bells, and the international perception of British quality with a cultural positioning between Harry Potter and Downton Abbey that British Airways is clearly looking to evolve Club World.

Yet it very much feels like the part of the business class market that is best served by the boarding school experience is dying out — either through age or through being exposed to better services elsewhere.

Like those boarding schools that have retained them, the dormitory concept in the 2006-designed, B/E Aerospace-produced product is looking out of date. Personal space expectations are growing, and BA will need to recognise this sooner or later. (It’s already, frankly, “later”, with few airlines these days offering products that dense.)

British Airways’ strength is that it offers a very consistent product, and a lot of it, on key routes with decent connections out of Heathrow — in the context where both Paris and Frankfurt can be as much of a disaster as LHR, of course. For regular Club World travellers, BA doesn’t overpromise and underdeliver. (It does, like every airline, sometimes underdeliver.) The consistency also helps with capacity adjustments, exemplified by its multiple configurations of the world’s largest 747-400 fleet during their lifetime.

The trick will be to leverage the best of British design (which BA does, to its credit) to create a modern product that recognises and meets the needs of the remarkably different markets the airline serves. BA’s focus on the transatlantic routes, particularly as connecting markets to Africa and India, may well dictate much of its future product choice. Yet in a context where the airline is offering the same product on a six-hour NYC or BOM flight and an increasing set of twelve-hour markets to the US west coast and into the Chinese sphere, what tradeoffs must it make?