British Airways introduced the first flat-bed business class seat in 2000. At that point in time, no seat manufacturer was making fully horizontal seats for business class, so BA had to have its own made. BA patented the first generation Club World sleeper seat and is still the only carrier to use it. Three years later, Virgin Atlantic – which had been first to offer angled lie-flats – launched its flat-bed Upper Class suite. Again, there were no stock seats for Virgin to use, and so the airline joined forces with Contour Premium Aircraft Seating (now part of Zodiac Seats) to design and create the seat. The popularity of these first two custom-designed seats kicked off a race to supply airlines around the world with off-the-shelf flat-bed options.

Today airlines have an array of options for flat-bed, business class seats, but the market is largely dominated by four models: Thomson’s Vantage, Sogerma’s Solstys, B/E Aerospace’s Diamond and Zodiac’s Cirrus (as well its near clone the B/E Super Diamond). With all of these options, very few airlines have the need to custom design their business class seats, but a few still do. Recently, American Airlines, Virgin Australia and Etihad have launched custom international business class offerings to mixed results. 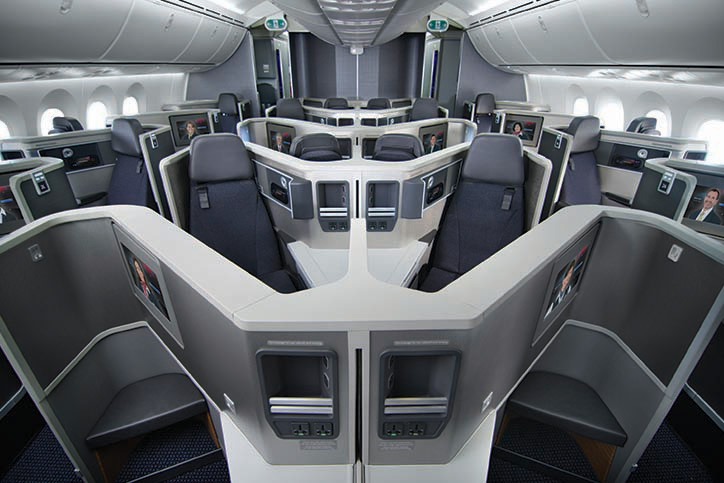 Seat delays at Zodiac (exacerbated by surging demand and a work stoppage at its Texas plant in 2014) delayed 787 installations for American. Last month, American sued Zodiac for breach of contract. American is now seeking a new seat supplier for its 787-9s, and the remainder of its 777-200 retrofit aircraft. While the details of the delays will be argued in court, American’s decision to go with a fully custom design must be questioned, especially in light of the reception the Cirrus received on the carrier’s 777-300ERs and its availability on the 787. American expended time and resources to design a seat that did not have a discernible advantage over off-the-shelf offerings.

Virgin Australia sought out a custom-modified version of B/E’s Super Diamond seat for use on its A330-200 fleet. The carrier went for a customized version of the well-reviewed seat for the same reason that American did: to increase density. The Virgin Australia version of the seat increased the angle away from center that passengers sit at. This customization was a large enough variance that the seat required recertification from the relevant aviation safety authorities, which required some design changes. The net effect was increased expense and a delay into service, with a seat count that matches the number of Cirrus seats that American has on its A330-200s. 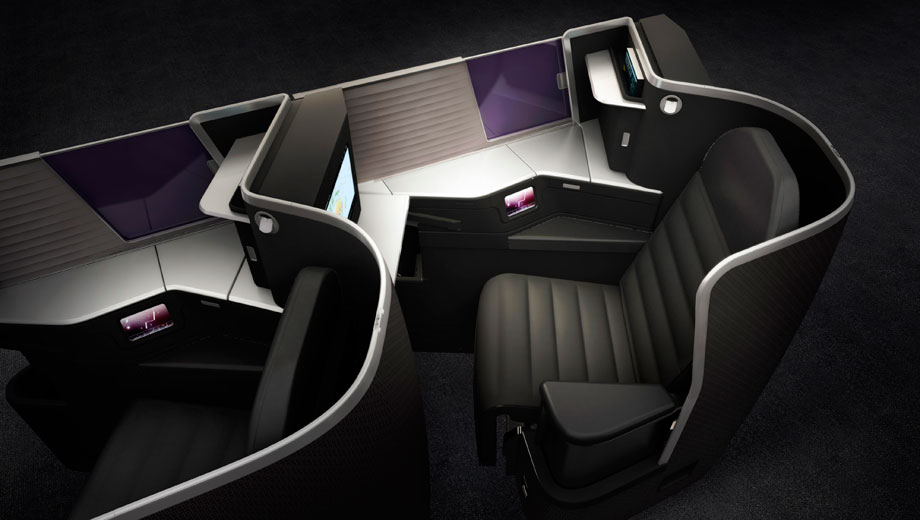 Now a second B/E Aerospace outward-facing herringbone seat installation is being delayed because of safety certification issues. Australian Business Traveller, which broke the news, quotes a Virgin Australia spokesperson stating: “We have recently been advised by the Business Class seat manufacturer B/E Aerospace that they are still completing the certification process on the seat. Therefore we now expect the first reconfigured Boeing 777 to launch in early 2016.” RGN contributing editor John Walton contacted B/E Aerospace, which did not respond.

The other recent foray into custom seat design has been at Etihad. The UAE-based carrier has custom-built first and business class seats for its  787 and A380 aircraft. Etihad assembled a trio of firms to form its EDC, or Etihad Design Consortium. The introduction of the A380 and 787 coincided with a branding campaign that sought to reposition the airline.

Etihad had previously been the most low-profile of the so-called “ME3” and sought to alter that perception by introducing premium products that surpassed its regional competition and positioned the carrier as one of the world’s elite airlines. Etihad’s decision to design its own business class seat is far more akin to Cathay Pacific or Singapore Airlines, in that it sought to offer passengers more space and comfort than off-the-shelf designs, as opposed to American and Virgin Australia, which sought to increase density amongst their high-paying passengers.

The lesson for carriers is that they have to be sure that the time and expense of procuring a custom designed seat will produce incrementally greater returns than a stock seat. In Etihad’s case, that remains to be seen. For American and Virgin Australia, it clearly has not.

Upstart wants to help passengers Grab a meal on the go