Will an airline ever again fly nonstop between the US and southeast Asia? Singapore Airlines would certainly like to bring back the all-business flights it decided to cut in 2013, from its Changi hub to Newark and Los Angeles. The carrier has this summer been pushing Boeing and Airbus to offer long-range premium cabin configurations of the 787 and A350, and earlier this month Airbus’ Kiran Rao spoke to Bloomberg about Airbus’ work to do so.

It’s all about making the most of new-generation composite twinjets, which are a significant step forward from the four-engined Airbus A340-500 aircraft designed and built during a previous (and now superseded) ETOPS paradigm, which Singapore Airlines used to use for its ultra-longhaul all-business nonstops (pictured above).

With Boeing recently adjusting the advertised example ranges of its own composite twinjet 787 family downwards — the 787-9 stretch officially dropped to 7,635nm from 8,300nm, in comparison with the Newark-Singapore polar Great Circle route at 8285nm — and the A350-900’s example three-class range of 7,600nm, the two aircraft would appear roughly neck-and-neck. Will the compact size of the 787 or the bigger fuel tanks of the A350 make the economic difference? 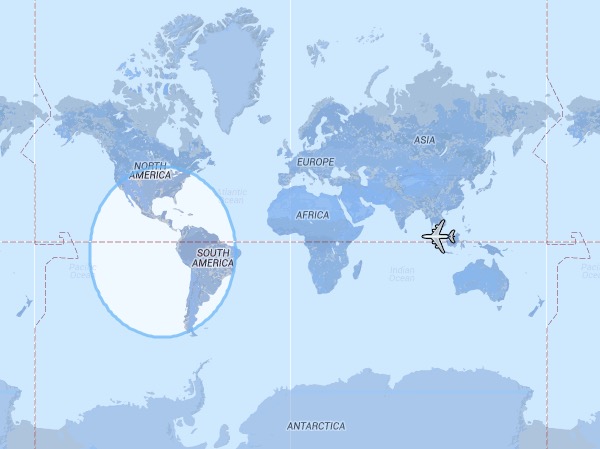 Singapore Airlines’ successor flights to the nonstops, using the Airbus A380 to New York and LA with upper deck business class cabins that feel very similar to the A350, have to stop — the former in Frankfurt and the latter in Narita — which can feel disjointed, particularly on the eastbound redeye leg from New York. The sub-eight hour flight (especially with tailwinds in winter) and 9pm departure can mean night owls only have a couple of hours’ opportunity for a nap after dinner before arriving in Germany the next morning. 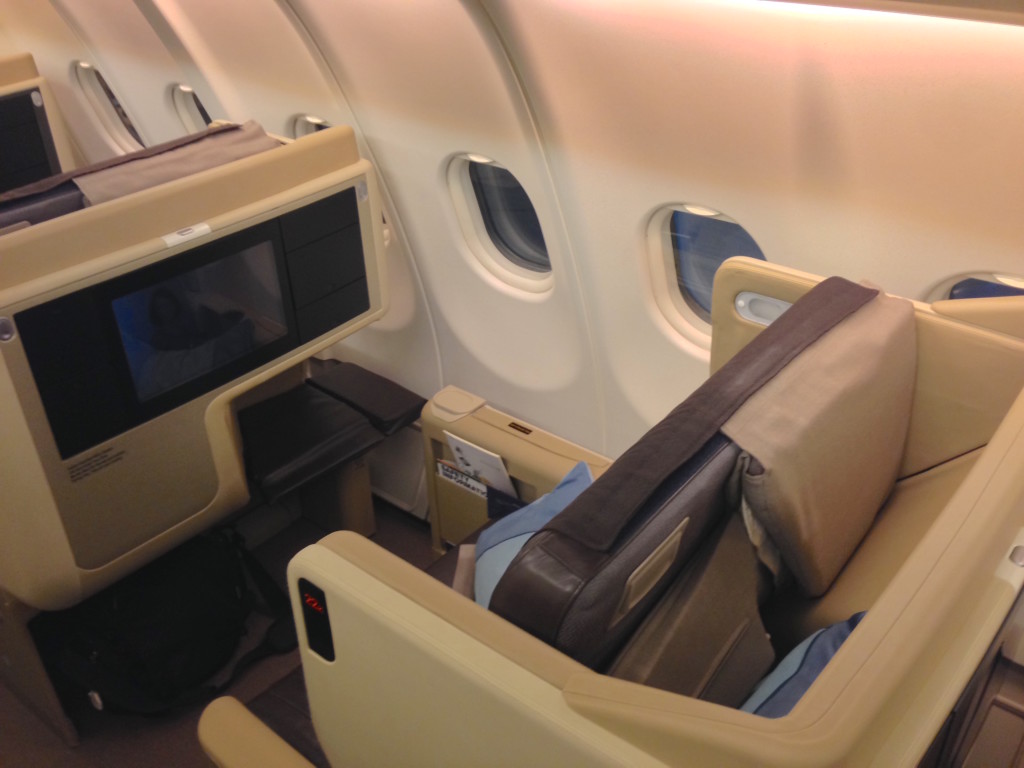 I flew on the world’s longest ever commercial nonstop flight, SQ21, aboard SQ’s all-business 100-seater A340-500, shortly before it was cut, and the odd thing about the experience was that the nineteen-hour nonstop wasn’t all that markedly different, #paxex–wise, from the fifteen-hour flight returning from Taipei to New York later that week.

Dinner on departure from Newark was the usual impressive Singapore Airlines fare. How the carrier manages to get even halfway decent food out of a New York area airport is beyond me, not least because the month before I had flown to Helsinki in Finnair business from JFK and experienced a meal I called the Prawns of Misery and the Asparagus of Despair; upon showing a photo of the meal to Finnair’s service team, the response was sighs, shaken heads and an unprintable selection of epithets about outstation US catering operations. 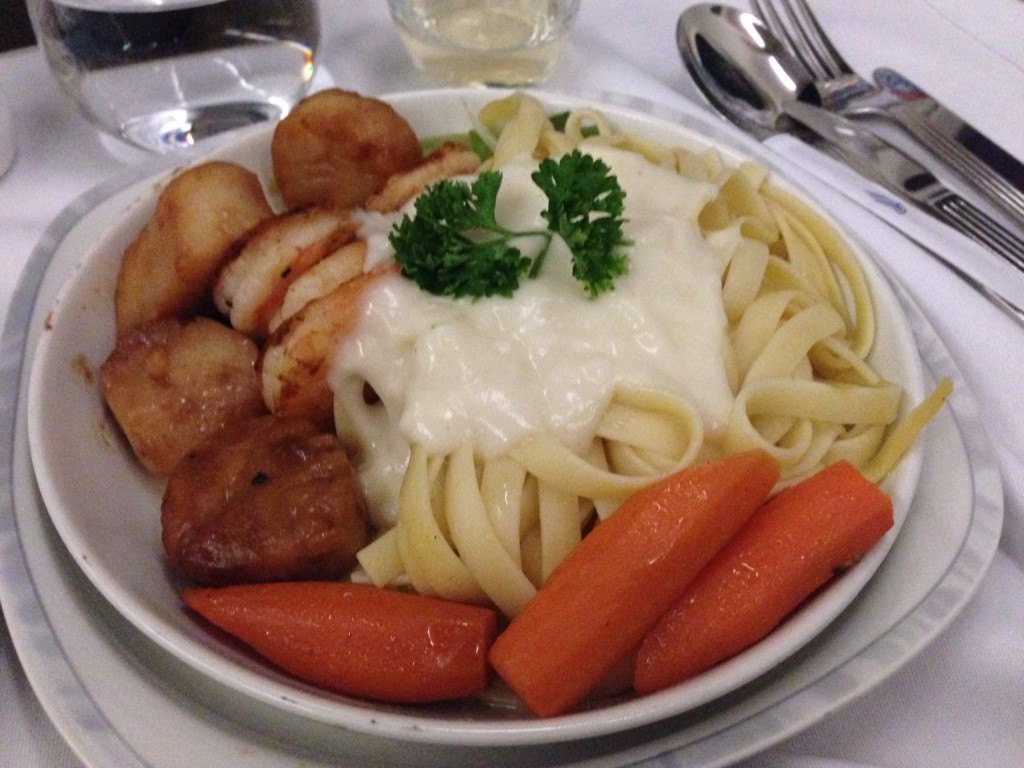 Second dinner — after a seriously good and much-needed eight-hour sleep and a generous helping of Bollinger Champagne — was a selection of perfect noodle soups or rice dishes, ideal to slurp at while enjoying a film. 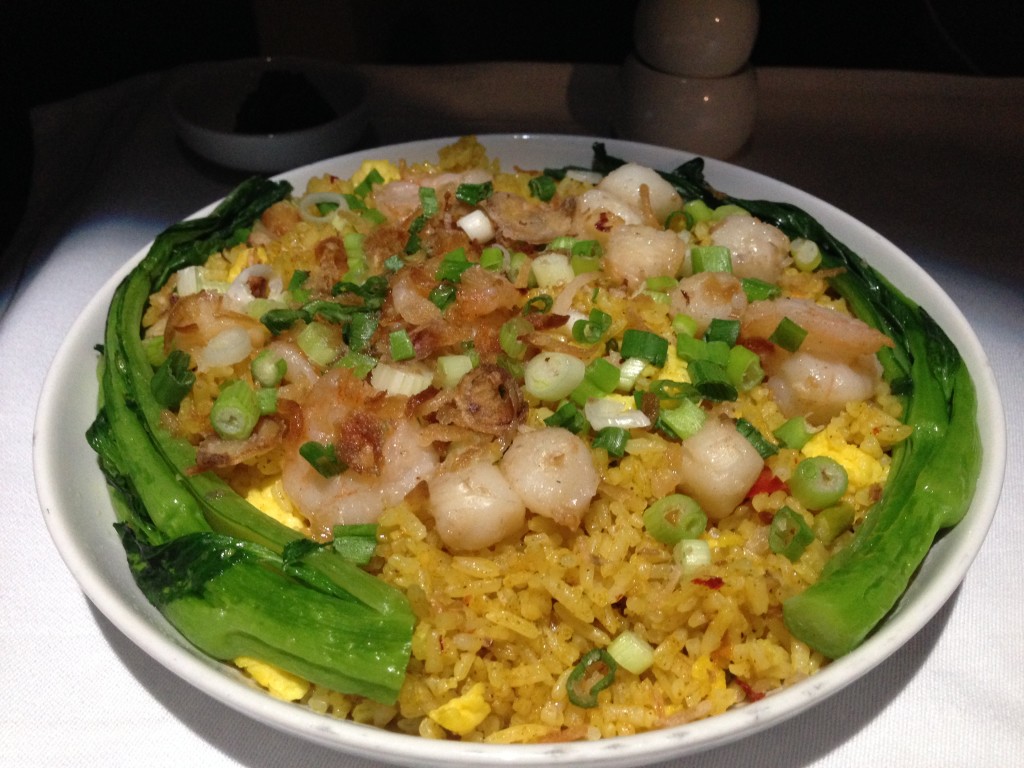 And it’s that second dinner-and-a-movie phase that was the uniqueness of the flight for me. Over the polar regions, half-watching a film and then spotting a glorious sunset and switching to music while staring out the window, it was that twilight period between first sleep and second sleep, with no noise but the quiet thrum of the A340-500’s Rolls-Royce engines that brought the passenger experience magic.

Of course, many of my fellow passengers on that flight slept through the night, and that’s the beauty of an ultra-longhaul nonstop compared with two shorter connecting flights: sleep is up to the passenger, their body, and the schedule they want to maintain on arrival. It’s the absence of the discombobulation often experienced by passengers blearily transiting a network carrier megahub in the middle of the night, and the need to pack up, disembark, walk around the terminal for a bit, and then reboard and unpack again.

NYC-Singapore used to be the longest flight in the world, with that record currently held by Qantas’ DFW-Sydney Airbus A380 flights and soon to be supplanted by Emirates’ Dubai-Panama City Boeing 777-200LR service. Can Singapore Airlines regain that title with a newer aircraft? 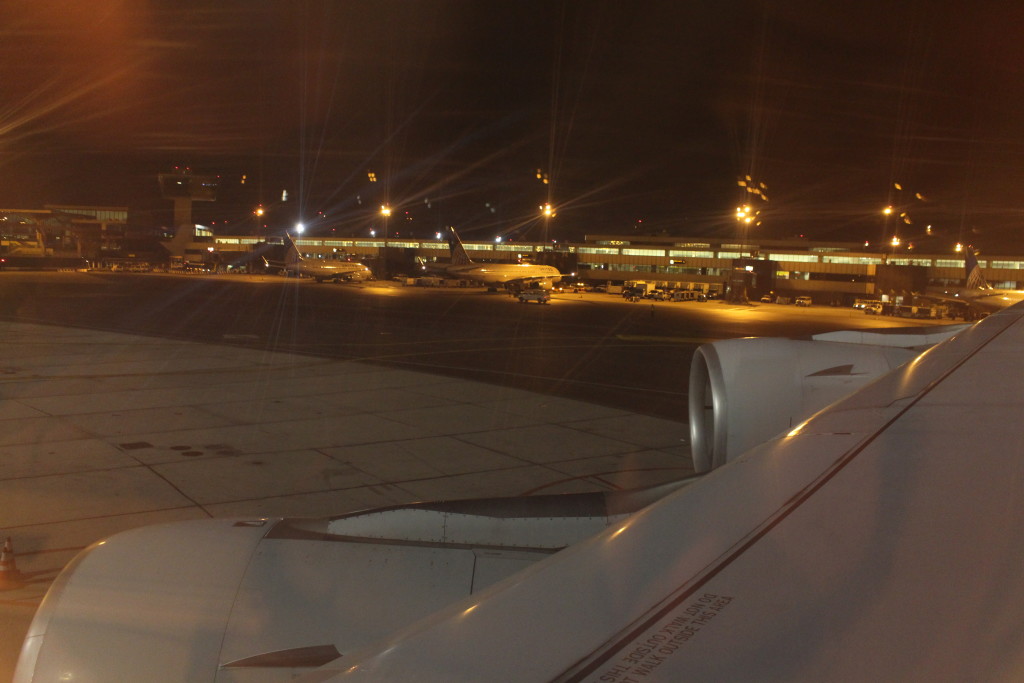 Vampire mockumentary Shadows bites off too much