The leitmotif of my many discussions with cabin interiors specialists at the recent APEX Expo in Anaheim was the responsibility of designers to create airline products that meet the needs of current and future generations. Airbus’ Zuzana Hrnkova put it most succinctly in her breakout session on the A350 XWB: “When we designed a new aircraft, we had to think of future expectations.”

In a “wow, I feel old now” moment, that doesn’t just cover my Millennial cohort in the 1980-2000 births of Generation Y. It’s Generation Z, the group born in this millennium, who are currently 14-15 and who have truly digital natives, having used technology since they were babies.

Yet, while the refrain coming from interiors designers was consistent, an incredibly tone-deaf chord was struck by Cisco’s Howard Charney, senior VP in the office of the president — a chord that the airline industry needs to disagree with vociferously. 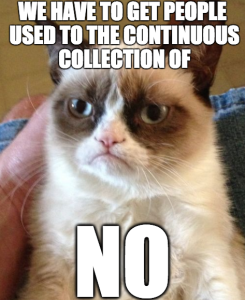 “We have to get people used to the continuous collection of information,” Charney stated as fact in his educational session address on the Internet of Everything (IoE).

The Internet of Things refers to the trend of devices — fridges, thermostats, cars, weather stations, pedometers, bag tags and even cows — connected to the Internet interacting with each other and with other networked computers and, sometimes, their human operators. As these “things” add capabilities like context awareness, increased processing power, and energy independence, and as more people and new types of information are connected to them, we will quickly enter the Internet of Everything (IoE), where things that were silent will have a voice.

It’s impressive how Charney entirely failed to acknowledge the significant proportion of the general public (and one assumes a similarly sized proportion of passengers) that does not, indeed, want to live in a brave new world where their information is continuously collected. That proportion rises as knowledge increases and as age decreases.

Charney’s failure was compounded by his jaw-dropping response to a question about how Cisco ensures electronic security in the airline industry: to paraphrase, “Trust us, we work for the NSA and CIA.” It’s a struggle to name two organizations more under suspicion and scrutiny in terms of administrative overreach, inappropriate use of personal details, and lack of protection of sensitive information.

The appalling irony of Charney’s remarks are that they were made during the very same week that social engineering compromised the iCloud accounts of dozens of celebrities. It’s clear that the public can’t trust all tech companies to keep data secure.

I’m no neoLuddite — I carry so much tech kit with me that the new “must be able to turn it on” rule is incredibly irritating. But I use tracking blockers on my web browser and custom privacy settings for my social media accounts. I practise routine password hygiene. I am careful about when and where I use location services. I know that if I take a picture of my boarding pass, the details of my frequent flyer program and my PNR record locator (and thus my ticket) can be read by anyone with a QR reader. 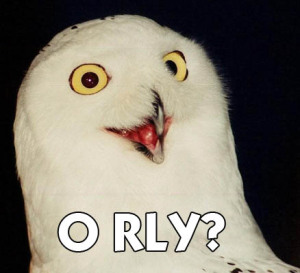 And I’m by no means an outlier in my generation, many of whom have been burned by Facebook privacy settings, a social engineering attack, or companies who have not held our data securely. Many of them are moving from Facebook, a platform frequented by parents and grandparents, to more ephemeral social networks like Snapchat.

Cisco does the airline industry a disservice by advocating that we think of anything not connected to the Internet of Things as “stupid” — another exact quote from Charney at the Expo. Perhaps we could think of them as “private” instead.

Naturally, and thoroughly unsurprisingly, Cisco thinks that something like the Cisco-equipped Copenhagen Airport implementation of passenger tracking using MAC addresses of mobile devices using the airport-provided Wi-Fi is the best solution to understanding passenger movement.

But fewer than 48 hours after Charney used it as an example, Apple’s iOS8 operating system completely broke the ability to track using MAC addresses, which the iOS8 now randomises to frustrate Cisco’s ambitions. On the same trend, app users will have encountered the increasingly frequent interstitials that require them to approve use of various aspects of their phone’s functions like photo library, contacts and camera. The equally increasingly frequent explanations from apps of why they need you to tap “Allow” is a sign that users are clicking “Do not allow” as a preference.

There are genuine advantages to knowing more about your customers — both for airlines and for passengers. But not all of those mandate being able to personally identify every device and every passenger at every moment of every journey. And they shouldn’t.

Talk with Gen Y. Talk with Gen Z. Understand the next generations of passengers, and how people under the age of 45 — a noticeable lack of whom were engaged as presenters at the Expo — use technology when they travel. Understand, too, how they want to use it.