Whether they like it or not, some legacy airlines will likely have to follow in the footsteps of Gulf carriers’ IFE decisions for years to come or risk unfavorable comparisons by passengers and potentially even loss of business.

Emirates VP, product, publishing, digital and events Patrick Brannelly tells Runway Girl Network that the Dubai-based carrier has absolutely no intention of embracing a fully wireless environment for economy class, even when it defines the interiors of its Boeing 777X aircraft, of which it recently ordered 150.

“I cannot see wireless working…On so many levels. [We] will be embedded for many years to come. That’s not to say Wi-Fi delivered content won’t augment this,” says Brannelly.

Offering the very latest generation IFE on aircraft also buys time for carriers until true high-speed Internet can be supported on international flights, and unless and until Hollywood permits the streaming of early window content to passengers’ personal electronic devices (PEDs), which it presently does not.

A long-time airline consultant, who spent years developing the inflight connectivity program for a major international airline, notes that Middle Eastern carriers are “fully vested in embedded IFE and as long as they keep upgrading, the need for demand for connectivity is relatively subdued for some time”.

“But it will be interesting to see what US carriers do; they’re not committed to IFE, they are more cost conscious. Some say that wireless entertainment will become the new norn. But the prevalence of PEDs on board still varies so much by route and cultural context and also there really aren’t robust wireless systems out there that can deal with every single PED. There are so many versions of operating systems, and especially with Android being open platform, it is very difficult to get all your  content in the right format for every PED.” 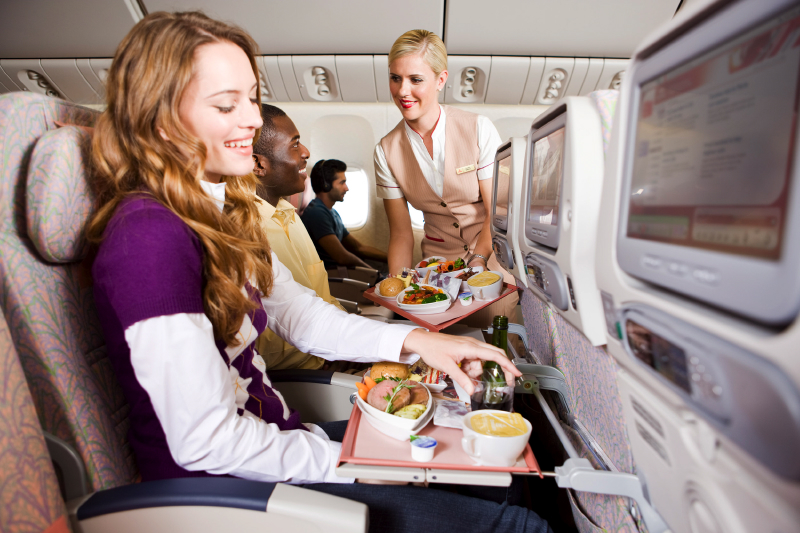 There is no denying that the weight, complexity and cost associated with bringing traditional wired systems to aircraft remains a concern for airlines. Thus far, however, US majors have signaled their intent to continue offering seat-back IFE to passengers on international flights. After all, these systems are now considered a “comfort” factor.

A report released this week by Factory Design suggests that airlines are “tossing seat-back screens” in favor of wireless IFE. While carriers are certainly embracing streaming video solutions for narrowbody aircraft and regional widebody fleets (think Lufthansa on its Airbus A320 narrowbodies, United on its new Boeing 737-900s and Qantas on its domestic 767s), many of these aircraft never offered seat-back IFE in the first place. The truth is that we have not yet seen a mass exodus away from seat-back systems on international widebodies, and a number of carriers offer them on their narrowbodies.

Additionally, virtually all long-haul aircraft are ordered with embedded systems. And airframers have already started planning to deliver fourth generation IFE on their new-design aircraft. In announcing the launch of the A330-800neo and A330-900neo, Airbus assured that passengers will enjoy “a 21st century onboard experience” with fourth generation IFE – including 3D films – mood-lighting and full inflight connectivity.

There is, however, what could be considered a grand experiment taking place right now and it should be highlighted. Philippine Airlines (PAL) did not order embedded IFE for its long-haul A330s. Instead, the carrier opted for wireless IFE and inflight connectivity. This is the first flag carrier in recent years to eschew an embedded system for long-haul, international flights. PAL’s program will be watched by airlines and IFE stakeholders because its success could spur others – including second- and third-tier legacies and low-cost carriers – to go all-wireless on long-haul flights as well, particularly as more and more passengers turn to their own PEDs for entertainment.

First-timer learns why Oshkosh is among world’s greatest airshows