EAA Air Venture Oshkosh, held every year at the Wittman Regional Airport in Oshkosh, Wisconsin, is widely considered to be one of the best general aviation air shows in the world. Attracting the largest gathering of aviation geeks and enthusiasts in the United States, the show is loved by many. This year, Runway Girl Network contributor Liz Moscrop – who co-authored the book, “The 100 Greatest Women in Aviation” – attended ‘Oshkosh’ for the very first time (for both business and pleasure). In her latest installment for our Lean Into Aviation platform, Liz regales us with an account of her experience. It’s easy to see why Oshkosh is a fixture on the aviation calendar.

“So Liz, how’s the camping?” Thus went the question from friends and interviewees I encountered at EAA Air Venture 2014 throughout the show. My accommodation for the duration was the “Wenzel” on 48th Street (Wenzel being the brand name of my tent). It had its downsides, certainly, and I hunted all week fruitlessly for the spa and Jacuzzi on Camp Scholler, the campsite next to the show ground, but generally it was all-good, as I was only there to sleep. 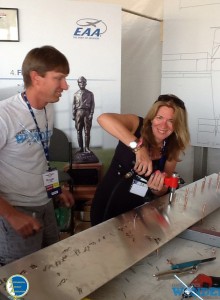 After a bracing shower in the plush facilities most mornings, Matt Thurber – roving reporter from AINonline – and I would drive over to the site for media breakfasts and program updates from players such as Aspen Avionics, which is going great guns with its retrofit program for lighter aircraft.

I can’t even begin to get started on the number of new aircraft announcements and upgrades made during the week. Highlights included the launch of the new MPV, a boat-come-aircraft-come camper van. Backed by a Chinese entrepreneur and aimed at an affluent younger owner who would want to share it, it’s an ambitious offering.

And outside of media stuff, I was not the only one drawn to the site – show attendance topped 500,000, an estimated 5 to 6 percent higher than in 2013. Those numbers were bolstered by huge increases on both Saturday and Sunday, August 2-3, which saw 20 percent more people coming through the gates than a year ago.

“It was a tremendous week on many levels, said EAA chairman Jack J. Pelton. “We filled Wittman Regional Airport with aircraft for the first time in several years, with both aircraft camping and parking areas completely full at midweek.”

The cooperation and support of the airport’s east side community also made possible the historic first appearance of the U.S. Air Force Thunderbirds at Oshkosh, which attracted many people to the event. And, according to the organizers, many of the 800 exhibitors reported outstanding business throughout the week, with some selling out of product.

“Certainly the Thunderbirds’ first performances at Oshkosh helped the attendance,” Pelton continued. “There was another factor, too – a renewed sense of optimism that was reflected in people coming to Oshkosh to celebrate the world of flight. You could feel it among the attendees, exhibitors and our 5,400 volunteers whose work made the event possible.”

It’s virtually impossible to give you a sense of the sheer size of the show if you’ve not been there before. Apparently it takes three years to get a fix on it. This year more than 10,000 aircraft arrived at Wittman Regional Airport in Oshkosh and other airports in east-central Wisconsin to attend the show. There were 2,649 of them at the show – (308 more than in 2013) – including close to 1,000 homebuilts, 1,050 vintage airplanes, 303 warbirds, 122 ultralights and light-sport aircraft, 91 seaplanes, 40 rotorcraft, 38 aerobatic aircraft, and eight hot-air balloons. Some 2,081 visitors registered for the event from 69 nations, with Canada (505 visitors), Australia (416), and Brazil (194) listed as the top three nations for attendees. I was one of just 61 Brits recorded, so no wonder my accent went down so well! 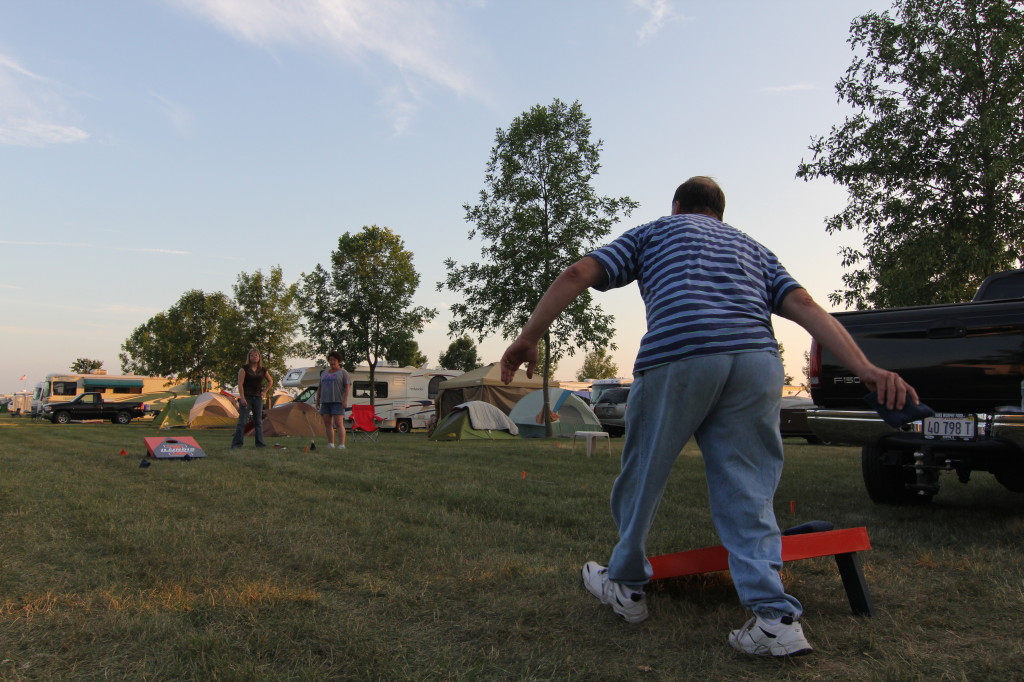 Camp Scholler, near the show grounds

Apart from the constant activity in the air, and the stunning night displays, and the huge booths from the likes of Daher Socata and Embraer, one of the highlights was EAA’s “One Week Wonder” project, which attracted more than 2,500 participants to build an aircraft and get it ready to taxi by closing day, August 3.

Another important addition to this year’s show was the #oshbash presentation, hosted by blogger extraordinaire Dan Pimentel, he of Av8rDan Twitter fame. He has brought a bunch of people together – from the likes of AOPA, Women in Aviation International and the The Ninety Nines – to work on how to raise the number of pilots to sustain the industry. 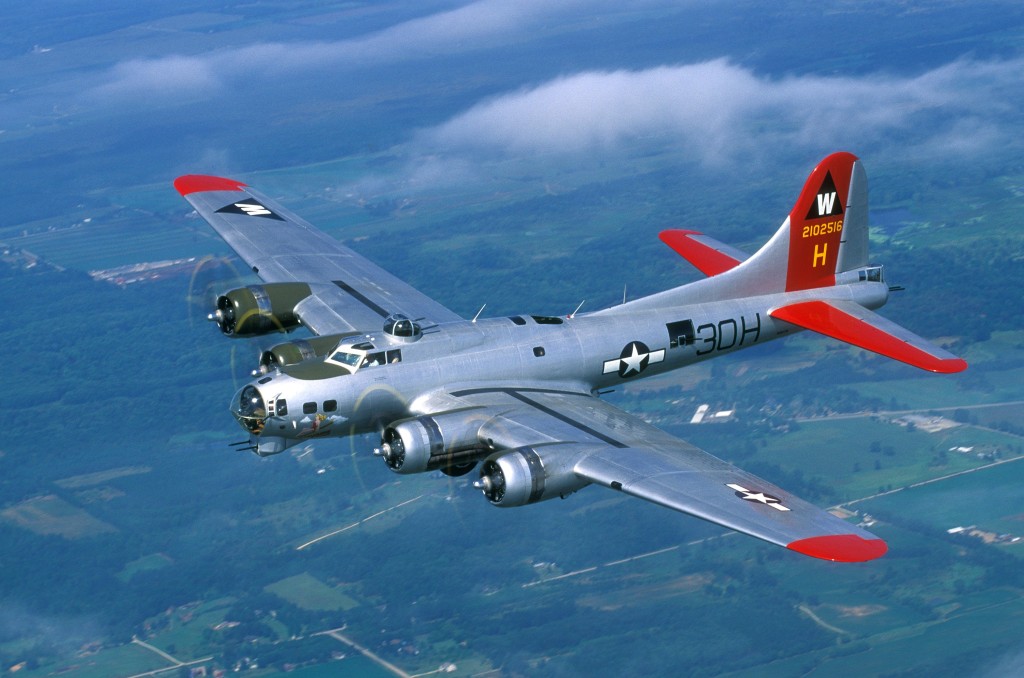 Finally, I’m writing this update from the comfort of my own home in London. The trip was a blast from start to finish, even though I was so beat after eight nights camping in a tiny tent. I was prepared to soldier on, but so many people saw the state of me on Friday morning that I had several offers of air beds for the evening. Many thanks to Avweb’s Amy Laboda and Paul Berterolli for their generosity in offering me something more comfortable. However, my knight in shining armor turned out to be Philippe de Segovia, the PR guy for Daher Socata. I had given him a copy of my book and interviewed him about camping at Oshkosh for an epic opus that will be released next week. He was leaving Camp Scholler for foreign parts (returning home to France) and wondered whether I might like to take over his trailer for the evening. I did actually kiss him – caught on camera for posterity. I was so exhausted by that point. The Wenzel had done sterling service, but had leaked slightly in the night (honestly it was not me. If I had, I had become so feral by then that frankly I wouldn’t have cared anyway.)

I then did my best to remain around the show and act in a semi-professional manner, but was so thrilled by the prospect of a real bed and a private space for the night that I was practically skipping around the ground (my excuse for a very cheeky conversation with the Smoke n Thunder guys, particularly Steve the Sausage Man). The next day saw me up bright and early for the annual 5k run, which I ran in my best time ever. I also did some volunteering – so think I can safely say I got the maximum out of Oshkosh I could for my first visit.

Preliminary features to be expected at next year’s EAA AirVenture (July 20-26, 2015) include legendary aircraft innovator Burt Rutan, who wants to share some innovations with the aviation community, and a new B-29 restoration, Doc, to help commemorate the 70th anniversary of the end of World War II. There are plenty of other highlights to come in the months ahead.

Note to the ladies: For a fuller in-depth report on the bathrooms of Oshkosh and the five star showers at Camp Scholler – some real news you can use – please visit Liz’s website. The video is out next week!