The US Federal Trade Commission has approved a potential acquisition by B/E Aerospace of privately held aircraft lighting specialist Emteq.

Analysts seem to favor the arrangement, suggesting that if not for the specter of B/E Aerospace’s strategic review, the acquisition would be very well received by the market. Asked when it expects the Emteq acquisition to be completed, a B/E Aerospace spokeswoman said, “We do not have any comments at this time.” Emteq could not be reached for comment.

The two firms have complementary businesses, and indeed they have found themselves bidding on plenty of work in the retrofit market, as operators of aged Boeing 737s seek to mimic the Boeing Sky Interior offered on newer 737s, and operators of other commercial aircraft types move to refresh their cabins. 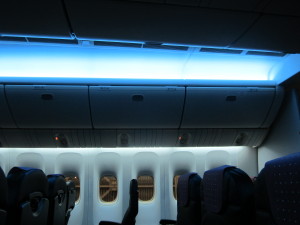 We’ve seen some recent examples of these cabin refreshes. This week, for instance, B/E Aerospace debuted its ‘LED Tapestry’ lighting system on a Boeing 777-200 as part of Japan Airlines’ launch of the new ‘JAL SKY NEXT’ service, which includes revamped cabin interiors. The inaugural flight of the JAL SKY NEXT service commenced between Tokyo and Fukuoka on 28 May. However, the Tapestry lighting system will replace the existing OEM fluorescent lights across JAL’s domestic fleet of 77 airplanes consisting of 777-200/300, 767-300/300ER and 737-800 aircraft.

Emteq, meanwhile, is installing its so-called eFIT LED lighting system on Transaero 737NGs, and is responsible for mimicking the Northern Lights on board Icelandair’s 757s. The company has also been tapped by Boeing to provide LED lighting for what is being called the 737 ‘Enhanced Interior’, a modified version of the Boeing Sky Interior that plays on mood lighting to offer a similar effect without the cost of a full retrofit of overhead bins.

See above and below for a a range of different photos of the JAL SKY NEXT program. Also below, you’ll find our video interview with Emteq director-global business development Ed Callahan at the Aircraft Interiors Expo in Hamburg. 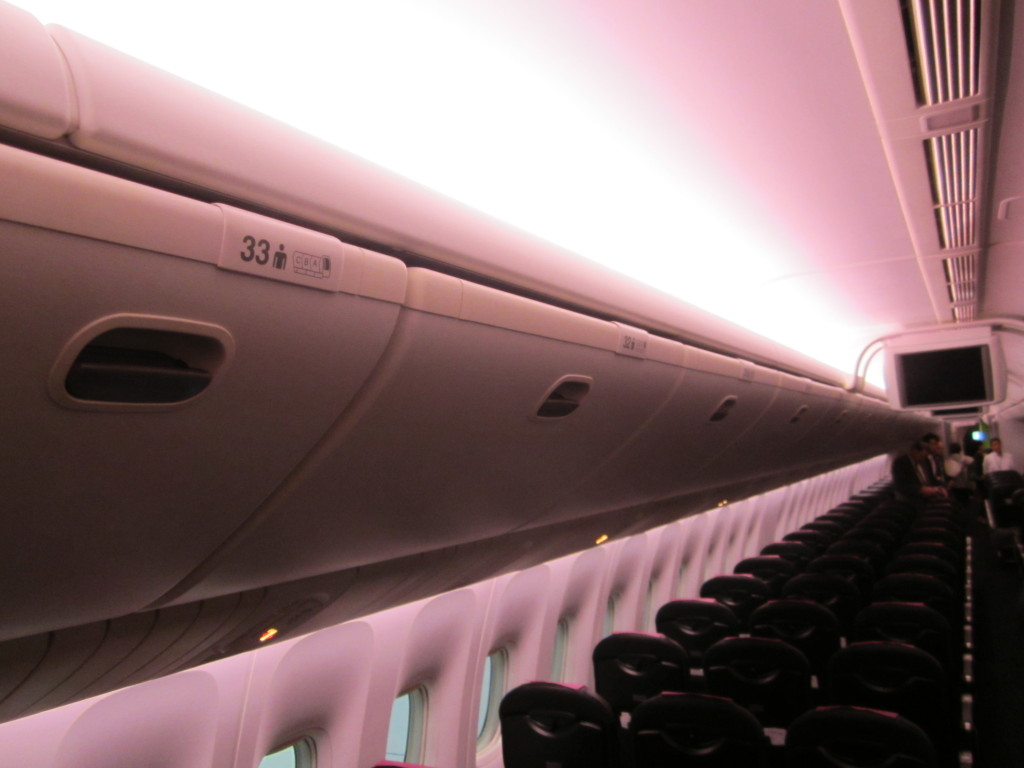 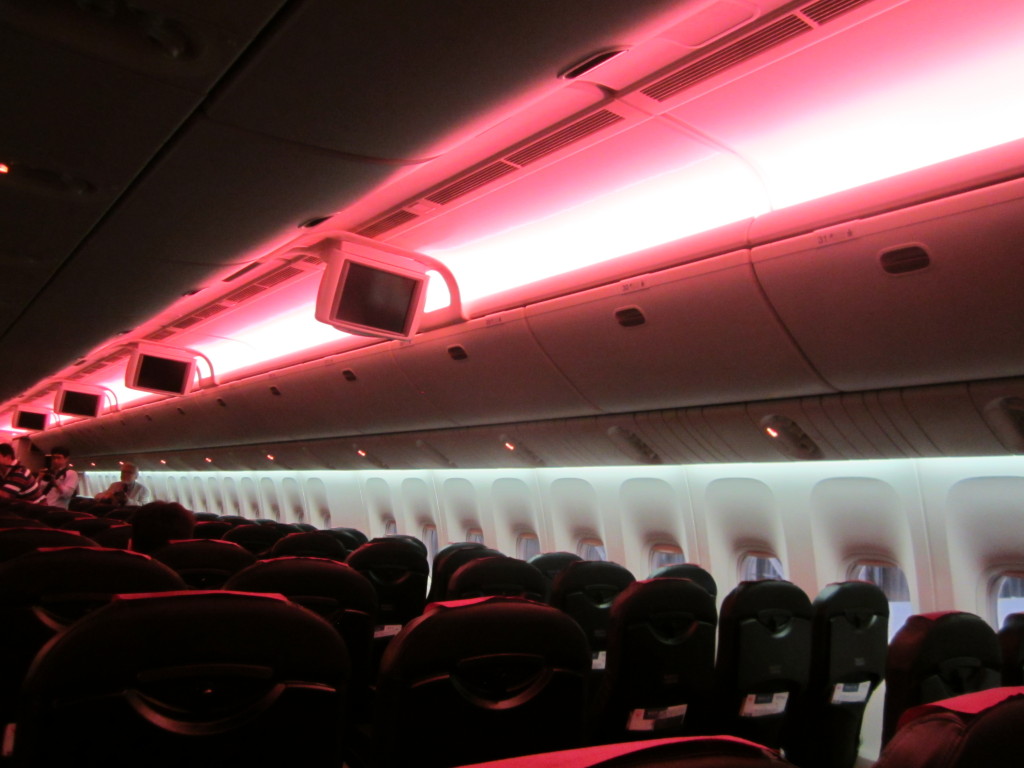 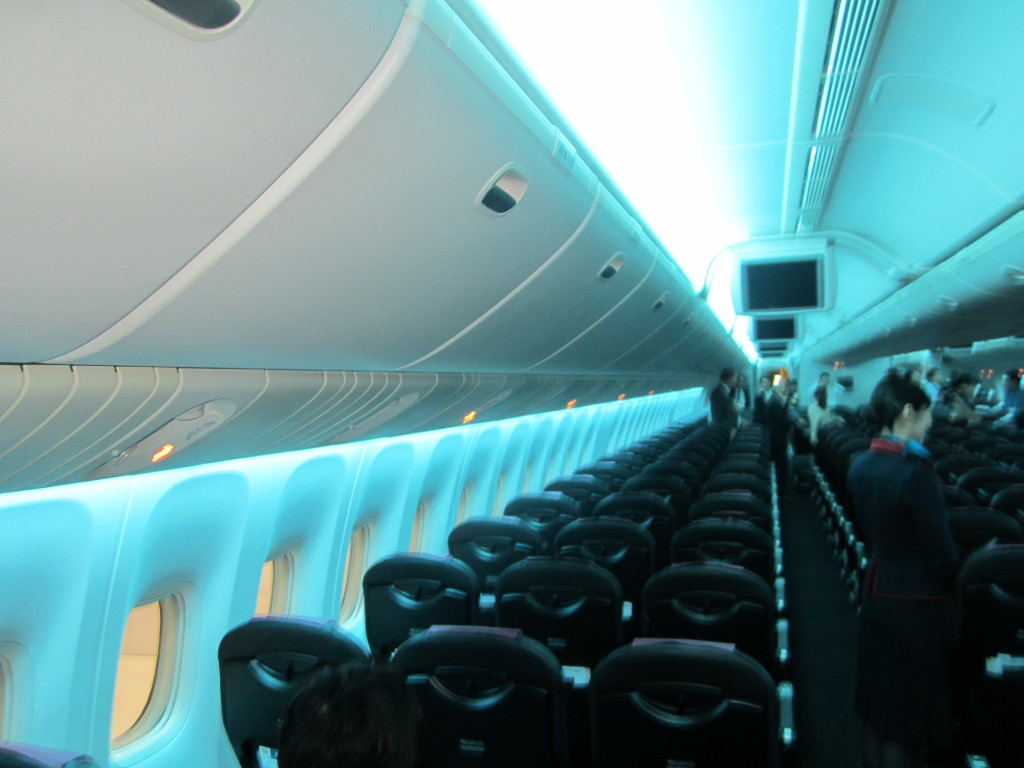 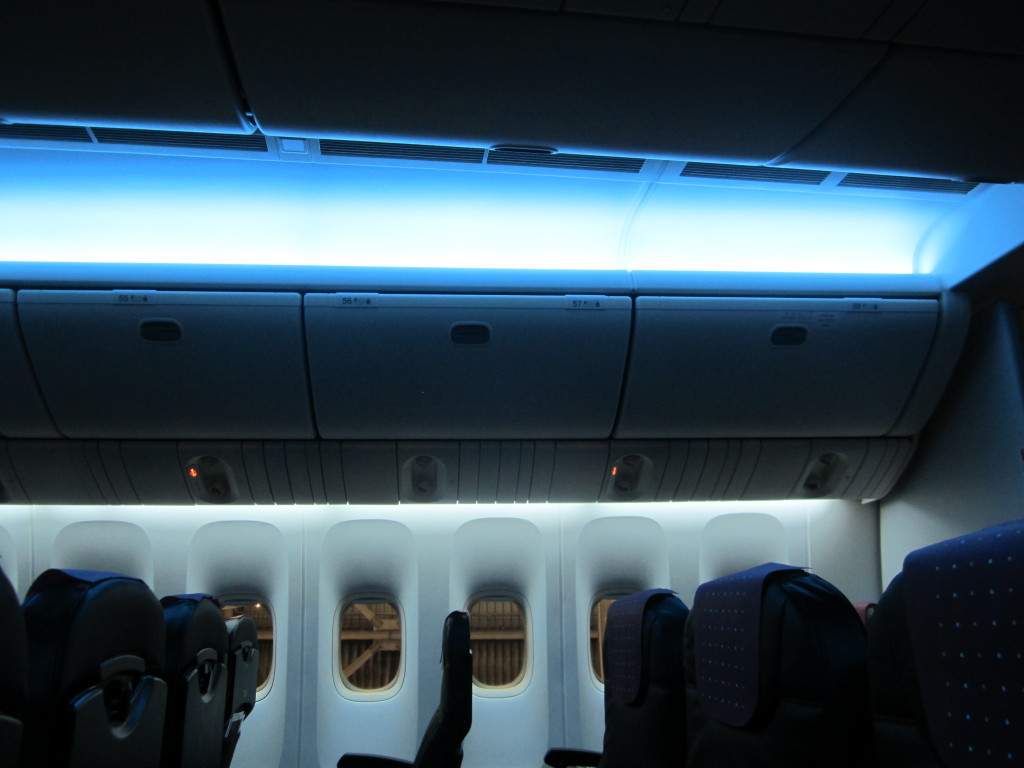 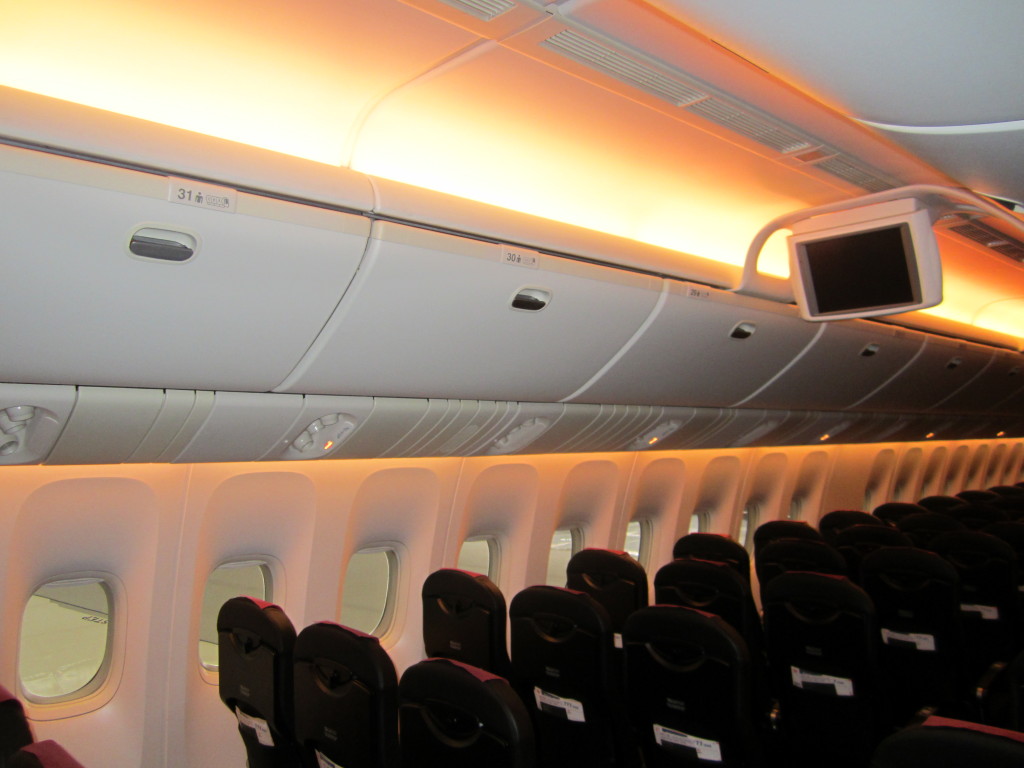