While there are a number of significant operational differences between commercial and civil aviation, many parallels exist between them as well. Private aviation runways might be a little shorter, the aircraft a little smaller and the interiors more elegantly appointed than a commercial airliner, yet it is undeniable that both industry sectors share a strong desire to improve safety.

According to Dean Schwab, senior manager HGS Flight Operations Technical at Rockwell Collins, navigational and safety-related technologies often mature in either business or commercial aviation and then transit through to the other sphere. “For example, Required Navigation Performance (a performance-based navigation enabling aircraft to fly a specific path between two defined points in space) started on the airline side and migrated into business,” he says. “It really depends on the application, what you are trying to achieve, and who is trying to achieve it.”

Presently, Rockwell Collins is on the cusp of achieving a notable safety breakthrough in business aviation with EVS-3000, an enhanced head-up guidance system for pilots that the company says is already being evaluated by the commercial sector.

Many aircraft operators worldwide rely on Rockwell Collins’ current Head-up Guidance System (HGS), which adds precision to flight path guidance and provides situational awareness to pilots. HGS displays flight path data, altitude, airspeed, and multiple camera imaging showing layout of terrain. Other important symbology is also projected onto an active matrix liquid crystal display (glass combiner) that sits at eye level between the pilot and the aircraft’s windscreen. On the exterior of the aircraft, between the nose radome and windscreen, a group of cameras and sensors housed in a low-profile fairing collect the data which is then fed into the cockpit.

Though still in development, EVS-3000 is poised to drastically improve head-up guidance by adding a critical layer of artificial sight: the ability to detect and clearly display the presence of LED runway lights.

“The results of our current inflight testing have been very promising,” revealed Schwab. “We anticipate that is going to have better fog penetration because we are using different imaging sources than what are presently being used to enhance vision. The main thing though, is that we will now be able to see LED lights… and that is a major change going on right now in airport runway lights. LEDs don’t emit enough heat and imaging systems that use infra-red are looking for a heat signature, so they just can’t see them.”

LED runway light detection and its dramatic safety benefits aside, EVS-3000 has another attribute that all operators, private or commercial, are sure to appreciate. The unit, according to Scwab, is going to weigh and cost significantly less than comparable offerings (though none have yet gone public about it, Rockwell’s competitors are also working on this technology), making it more accessible to everyone.

“The existing systems are very expensive,” explained Schwab. “They have very complex and heavy cooling systems added, which take them down to a very low temperature. Those cost a lot of money – not only to buy, but to maintain over time. EVS-3000 doesn’t need refrigeration cooling, so it will have a longer life and will be more economical for an airline or business aircraft to have onboard.”

EVS-3000 is scheduled to debut on Embraer’s Legacy 450 and 500 private jets by this time next year. The commercial aviation sector should not be far behind in their adoption of the technology, though it’s difficult to say with any certainty just when.

“We have a lot of interest from commercial airlines,” said Schwab. “But these kinds of programs take a while to evolve because airlines do a pretty exhaustive cost-benefit analysis, followed by a procedural implementation. I would say somewhere within the next two years, roughly, we will see something like that happen.” 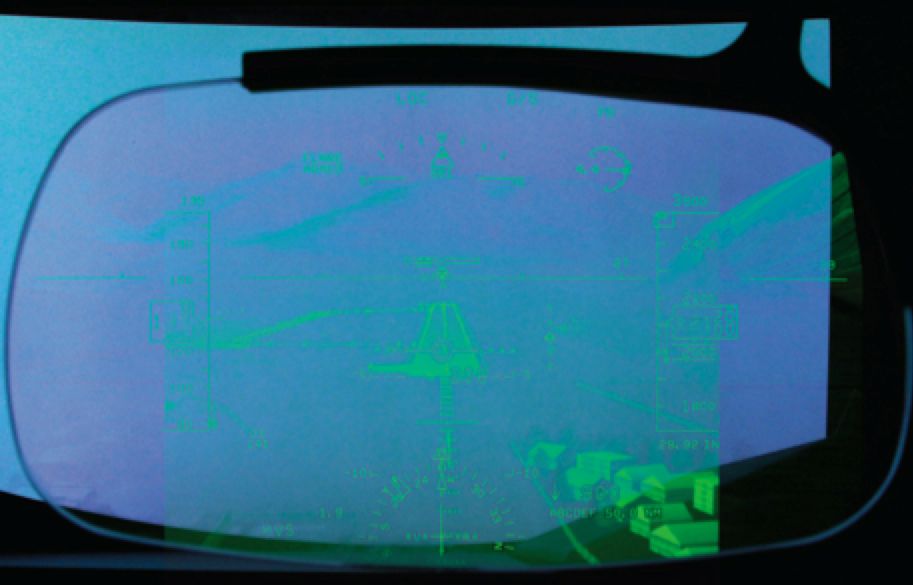 B/E gets green light to buy Emteq; reveals spectrum of lights for JAL