Following the Air France 447 tragedy, there were calls to stream complex and data-intensive Flight Data Recorder and Cockpit Voice Recorder information, but that effort stalled over satellite capacity, costs and privacy issues. Nothing happened, and now we have Malaysian 370.

In fact, and more to the point, FDR/CVR data streaming is unnecessary. What is needed is improved, persistent overwater flight following — a better fix on where an incident aircraft was most recently, its trajectory, and an improved estimate of where it may rest.

Such flight following position information can be provided by an automatic, un-interruptible upload, once per minute, of GPS-derived latitude/longitude, altitude, heading and speed data, on a persistent VHF link when over-land and via a persistent satellite link when out of VHF range, over water. That is not a lot of data, even for what are 30,000 daily overwater airline flights worldwide. Moreover, off-the-shelf technology and satellite bandwidth and capacity is available to do it now, while greatly expanded capacity in new, under-utilized satellite spectrum is going up into orbit every year.

Of course, the industry lobby will claim it can’t afford it — can’t afford more than the 1950s-era High Frequency radio it uses today, the technology equivalent of two tin cans and a string, used half-hourly, if that. “Can’t afford it”, even as airlines are already lining up, competing to offer passengers pay-per-use satellite-based broadband services.

Once airlines facilitate e-mail, Facebook and Twitter feeds, and streaming “Downton Abbey” re-runs via satellite broadband for a fee, the above mentioned GPS position data cost is below noise level in the overall expense of providing the satellite entertainment facility.

The maritime industry has over the decades since the Titanic tragedy refined its SOLAS “Safety Of Life At Sea” regulations, including specification of ship design, life rafts, life preservers, and International Telecommunications Union designation of radio spectrum to emergency services. SOLAS has mandated satellite tracking of ocean-going vessels since 1988.

The airline and air cargo industry needs to expand and further refine its approach to flight following, persistent position data and safety, on what is now and what will be an ever-increasing number of flights and block hours flown on long-haul “blue water” and transpolar missions, enhancing, making more robust, and preserving “Safety Of Life Inflight”. 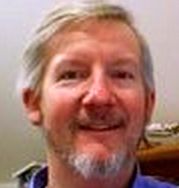 About the author, Robert Mann:

In 1993, Mann founded and since then has operated as the Principal of R.W. Mann & Company, Inc. consultancy, specializing in the identification, development and implementation of structural improvements to productivity, operations, process and distribution efficiency, and resulting firm profitability.

He has conducted more than one hundred and twenty client engagements and has experience with more than 80 firms on five continents, including numerous long-term, on-site, productivity identification and implementation engagements, including major carrier restructurings, on-site shadow management, business process change, and facilitating constructive management/labor dialogue, engagement and partnerships. @RWMann on Twitter

Face of Travel: Mrs. O around the world