Beginning today, the Order Now digital service allows travelers to conveniently order and pay for food and beverages via their phones from locations airport-wide for quick and easy pickup.

Later this summer, customers will also have the option to get food and beverages delivered to their gate areas through the platform by an in-airport service called AtYourGate.

Travelers at Reagan National can order through DCAordernow.com and at Dulles International through IADordernow.com, or via the official DC Airports mobile app.

The app allows the customer to click to the shop and dine screens and “Place Mobile Order” through Servy’s Grab order function at certain designated dining locations.

Through the end of this year, more restaurants will join the mobile ordering platform.

“This new online service is designed to make food purchasing more convenient at Reagan National and Dulles International airports, as we strive to continually enhance the passenger experience and build the airports of the future for travelers in the National Capital Region,” said Jaimini Erskine, vice president of marketing and concessions for the Metropolitan Washington Airports Authority. 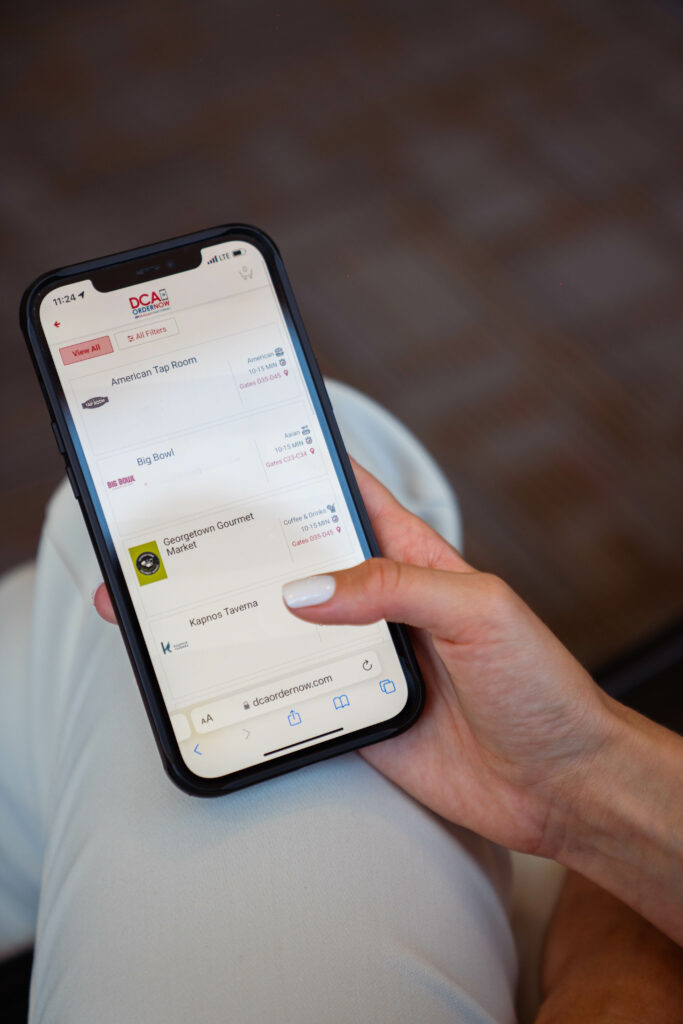 Restaurants taking part in the Order Now program, with more to be added later, include:

All images credited to MarketPlace Development