Aircraft seating overhaul provider Latitude Aero, which shifted its focus to cabin decontamination services during the coronavirus pandemic, is seeing a rebound in aircraft refurbishment projects, including rapid growth in the VIP market.

Days after returning from the well-attended Aircraft Interiors Middle East show in Dubai, Latitude Aero president and CEO Kelvin Boyette told Runway Girl network from his firm’s Greensboro, North Carolina base that: “A big trend for us is the refurbishment market is coming back; it’s coming back differently, though. We’re doing a lot more VIP-type refurbishments, where companies or smaller operators are taking narrowbodies out of storage and converting them.”

For instance, an operator might want to take a Boeing 737 from 48 seats to 60 seats, in an all-premium layout for corporate shuttles or sports charters. This is the type of work in which Latitude Aero excels. A FAA and EASA certified Part 145 aircraft seating overhaul provider, the firm specializes in modernizing aircraft with solutions for cabin upgrades including seats, IFE and in-seat power. 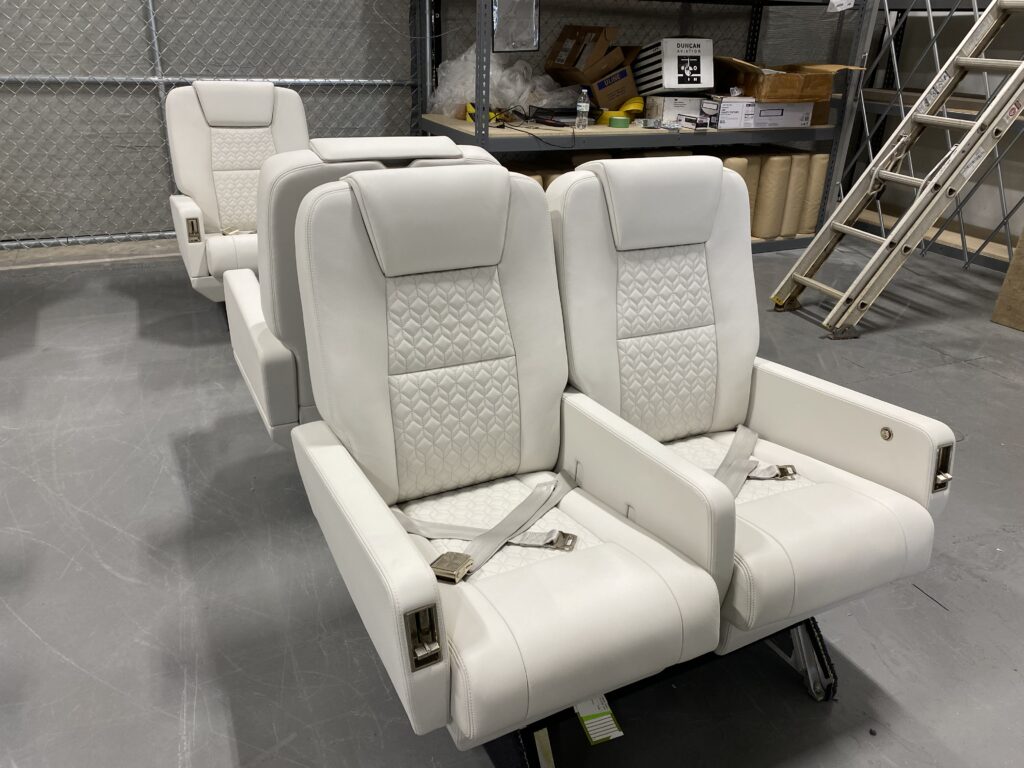 Latitude Aero is also collaborating with big commercial airlines. Boyette revealed to RGN that his company has secured “two of Skytrax’s top ten airlines” for the first time ever in its history.

“A lot of the more prominent flag carriers and more prominent tier 1 airlines are going the refurbishment route. If you look at load factors, load factors are up, but business travel is down, and that means they’re still having to do the maintenance checks. They’re still having to make interiors look nice… [We] think that’s driving carriers to look at the refurbishment market and what they can do to extend the life of their seats for three to five years,” he said.

Indeed, Boyette admitted to being “shocked” at the number of carriers considering getting placeholders for refurbishment projects. Given that many aircraft were parked for two years amid the pandemic, these airlines might simply want to clean up what they’ve already got. “They just need a little cleaning and polishing and doing a refurbishment to extend the life of the seat through the downturn.” 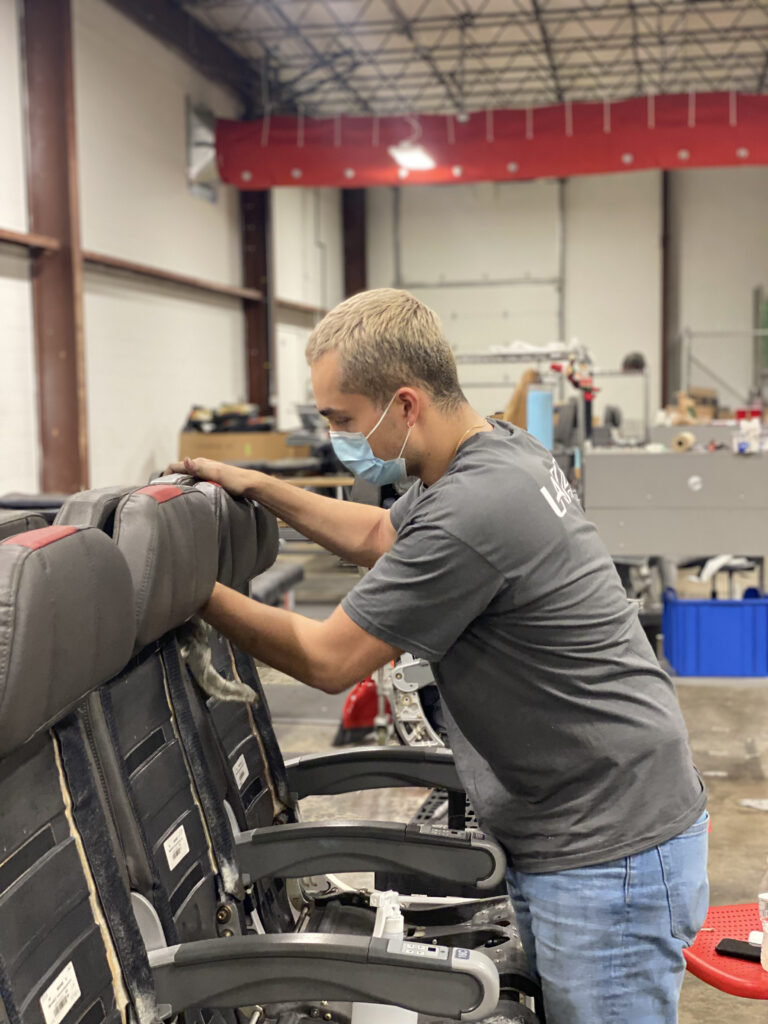 As air traffic rebounds, the retrofit market is expected to see further improvement. “People are still buying Collins, Recaro and Zodiac [Safran]” seats for new and used aircraft, he said for example, but “they’re doing it in conjunction with some kind of refurbishment project as well. That, and the growth of the VIP first class market were the two big surprises for 2021.”

Boyette’s team  frequently buys interiors from parked airplanes in Victorville, California or Marana in Arizona. In many cases, aircraft that are earmarked to be stripped of interiors are likely to be turned into freighters.

“So, we send a team to help with that removal, and then most [refurbishment] work is being done in Greensboro,” said the Latitude Aero chief.

He is keeping an eye out for potential future opportunities to expand into other areas, such as retrofitting aircraft with interiors that better accommodate wheelchair users. “I think there is a lot that can be done in the lavatory market,” he said.

Though the covid pandemic slowed Latitude Aero’s plan for launching a Dubai-based office, Boyette confided that the firm is still focused on opening a shop in the Middle East at some point this year. 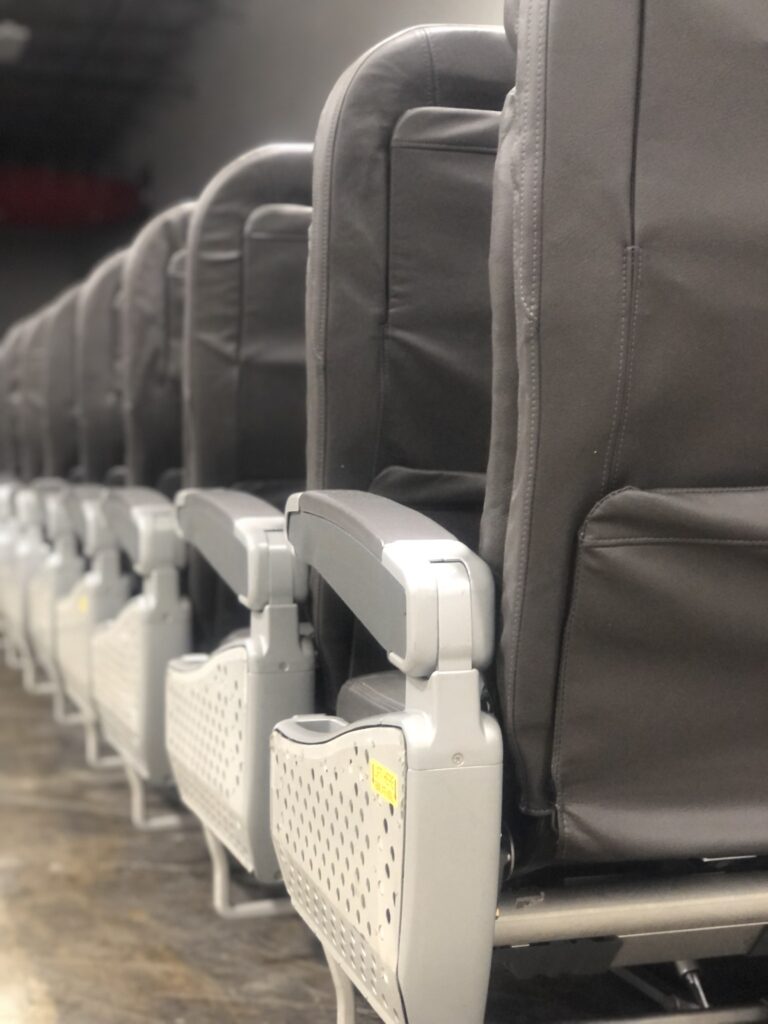 By nature of its US location, much of Latitude Aero’s commercial airline work is on the 737 platform. But Boyette would also like to have a location in Europe, and build relationships with European airlines and support their refurbishment needs.

“When the delta variant [of covid] started to slow, we were working with a European carrier and then omicron hit, so we are reviving those conversations,” he said. “I think the airlines see the proverbial light now because the conversations are starting to open back up.”

“I don’t want to jinx it, but I think things are on the up and up. Load factors are getting better, business travel is slowly coming back. I’m fairly confident that 2022 will exceed 2021 and 2023 will be even better,” he added. 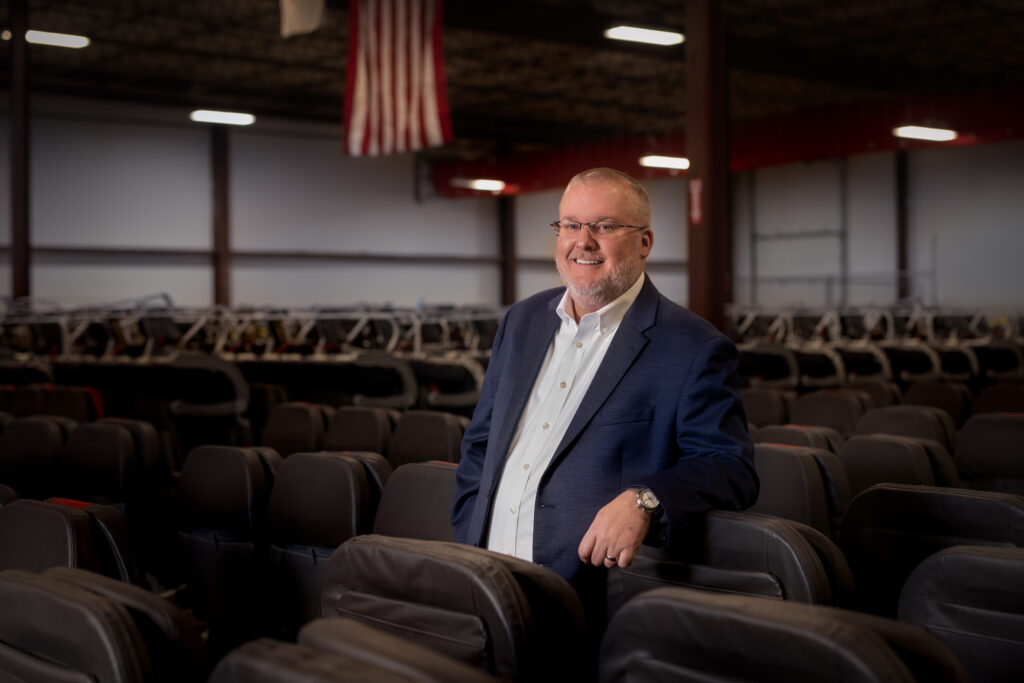 All images credited to Latitude Aero