First class lounges are not just the pursuit of the jet set: certain UK train companies also offer this service at key stations. However, when passengers can just turn up and board, is this perk worth the time?

Arriving at London Paddington station used by Great Western Railway, it’s not immediately obvious there is a lounge at all. Tucked away in an unassuming building by Platform 1, the lounge is a discreet affair, resembling a Victorian terraced shopfront. After spotting the GWR logos on the windows, I made my way in, presenting my first class ticket to the receptionist on entry, with an hour to go before I headed westwards.

The lounge is divided into two spaces. The first, to the left, is an airy space in a modern style, which includes individual seats, work stations, and departure boards. This is also where the snacks and drinks are on offer. The area is functional, but lacking in any luxurious touches, so I didn’t spend much time here, although the majority of passengers seemed to do so. 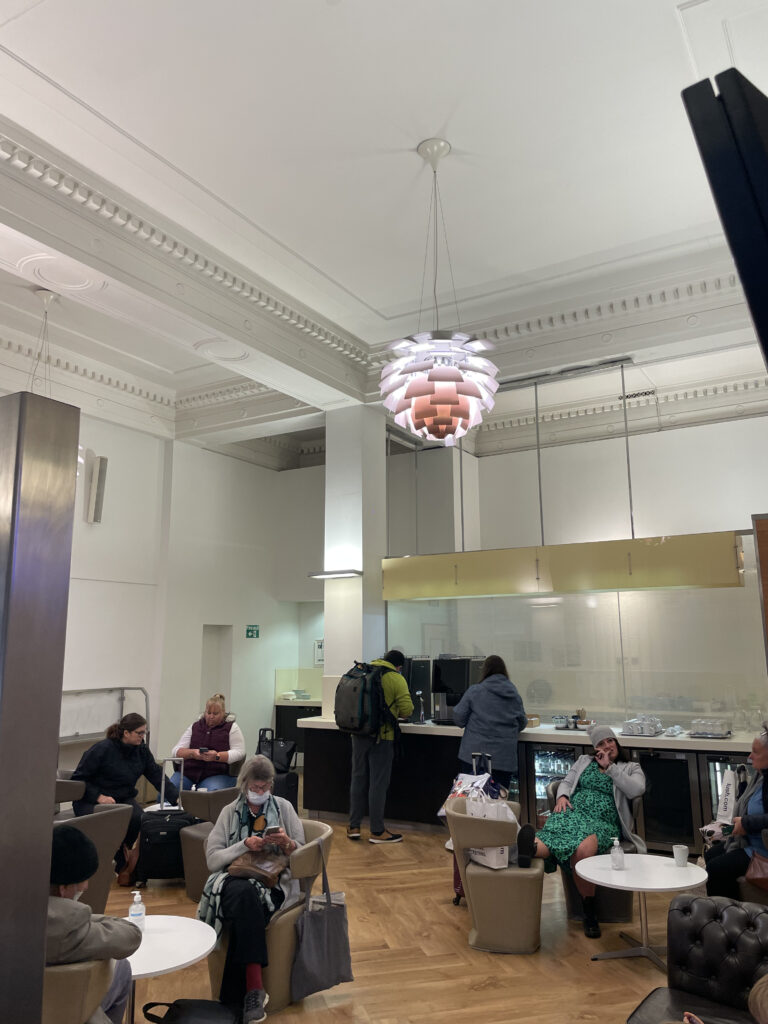 Turn down the corridor to the right, however, and  a sumptuous space of cavernous ceilings, period features and beautiful chandeliers is revealed. 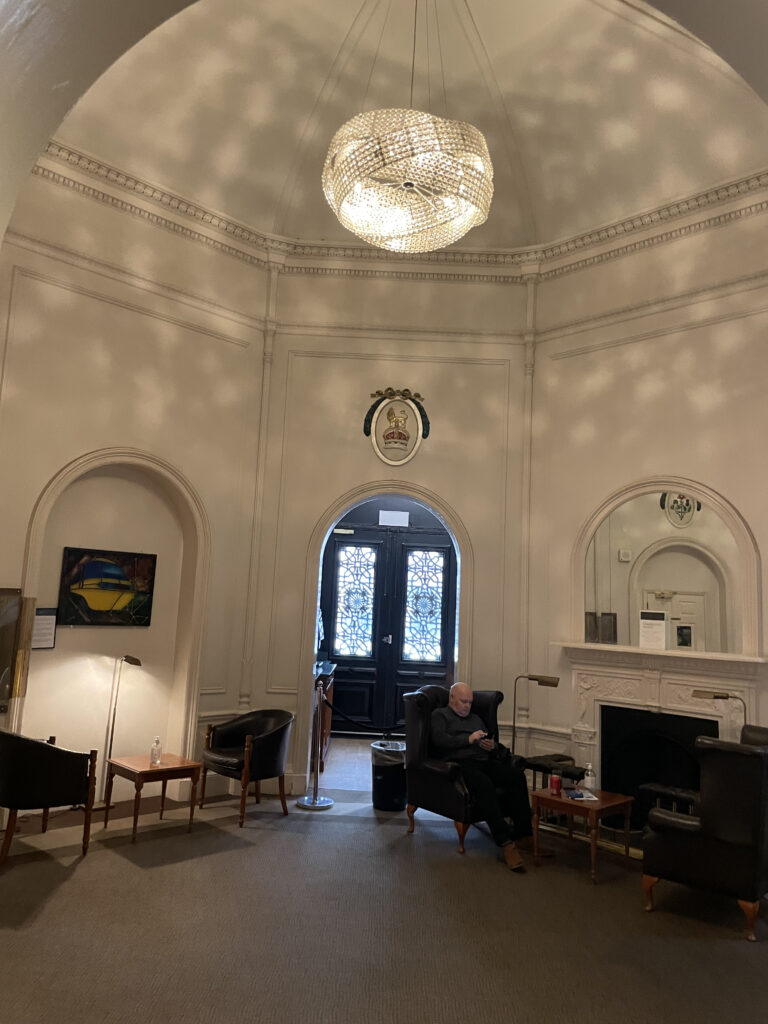 The chandelier lighting was a luxurious touch. Image: Fintan Horan-Stear

A series of rooms use Victorian fixtures and Chesterfield sofas to produce an air of a London club, with sensitive mood lighting confecting a feeling of warmth and luxury. All the seats had tables and power points, but did not have USB sockets. 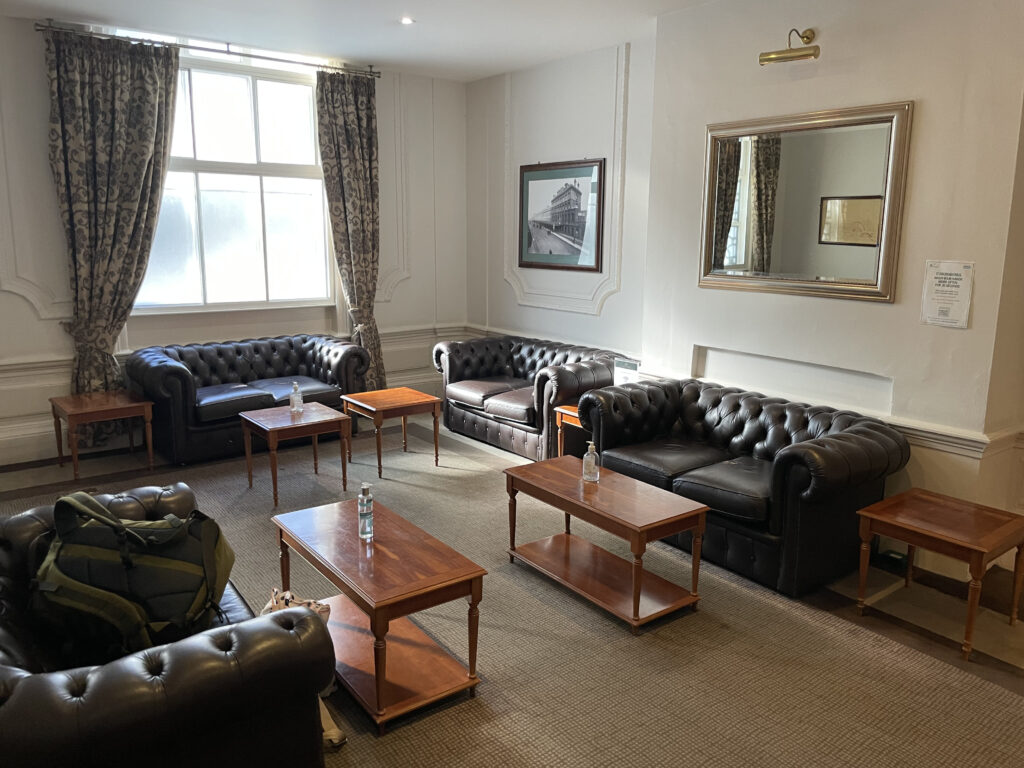 The lounge had a feeling of a London club. Image: Fintan Horan-Stear

The lounge has a cultural pedigree that outclasses many airline lounges by sheer virtue of history: it is housed in what was Queen Victoria’s royal waiting room during her reign, and includes a preserved panel from the 1800s. The entire space is adorned with artefacts from the railway’s illustrious past, including pictures of the original GWR’s Castle class locomotives and memorabilia from wartime endeavours. 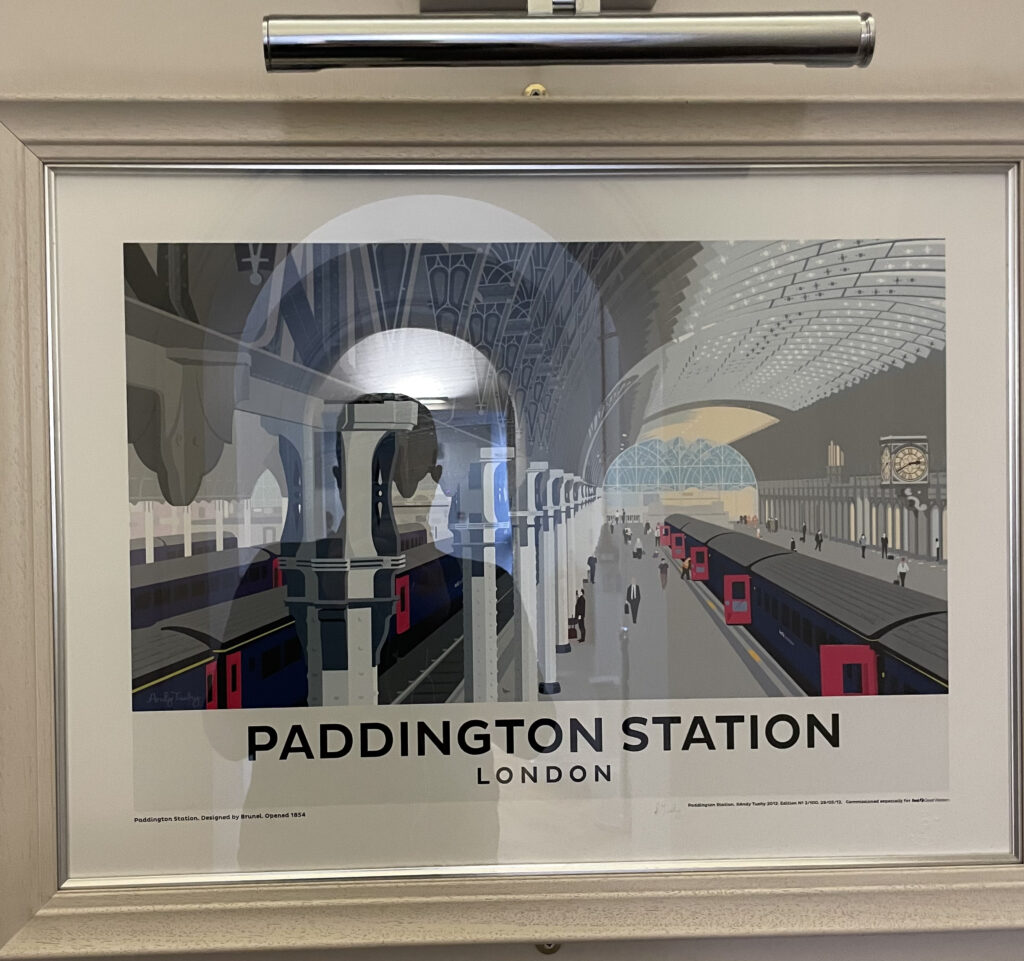 The aspiration to bring the golden age of rail to the modern era was clear throughout the lounge. Image: Fintan Horan-Stear

The artefacts bring an air of grandeur, and it’s well worth saving twenty minutes to pore over the treasures. 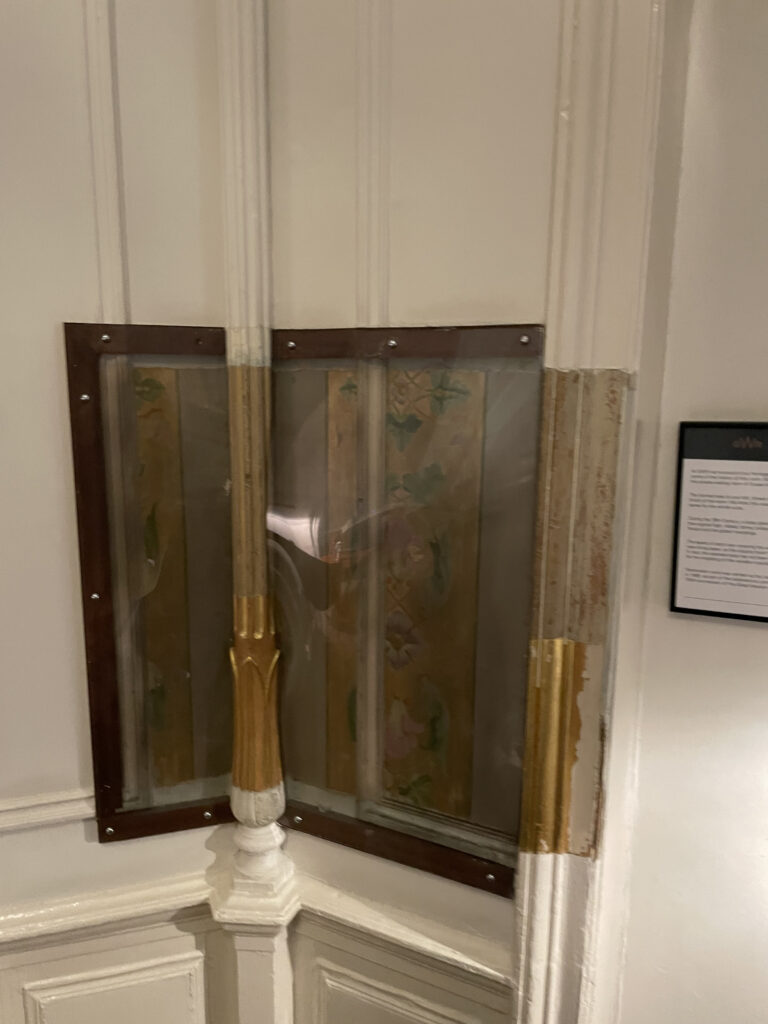 The preserved Victorian panelling was but one of the historical goodies on display. Image: Fintan Horan-Stear

Following my tour of the gallery, I headed back into the modern room for some refreshments. The lounge offered very much the same fare as on board the trains, with coffee, teas, and soft drinks available — plus wine on Friday and Saturday evenings — as well as a few basic snacks like peanuts and biscuits. It was by no means expansive, so don’t anticipate a full meal before you board. 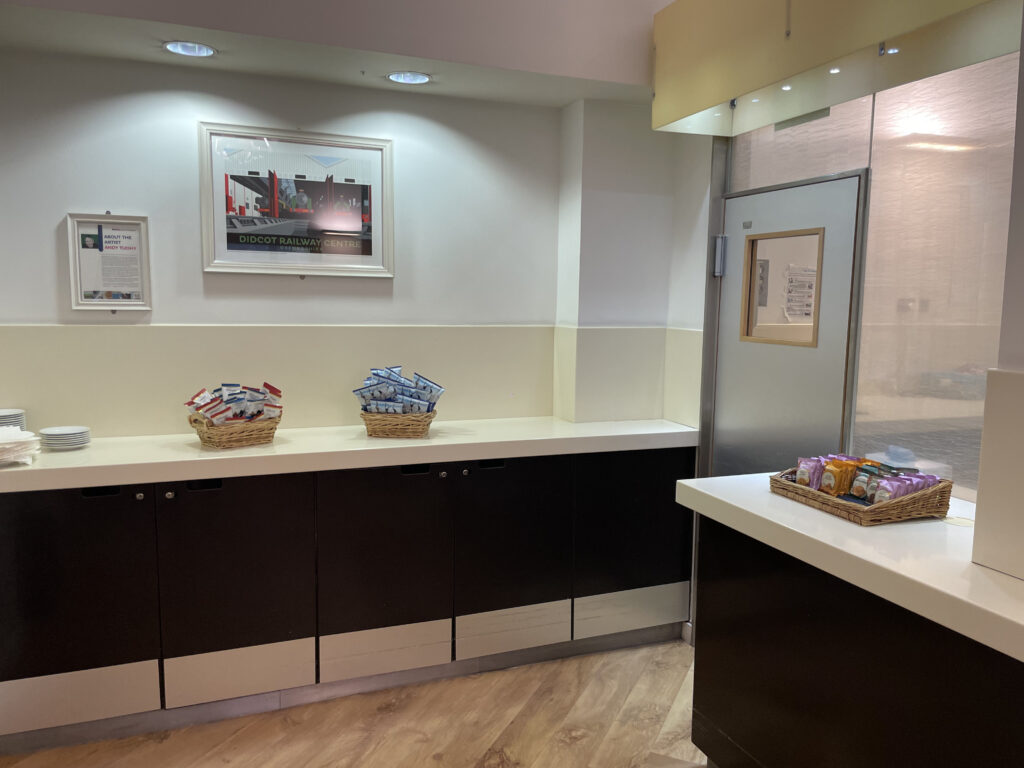 The club rooms were serenely calm, and I enjoyed my coffee in relative silence. As I did, however, I noticed that the quality of the interior was, much like the Great Western Railway, past its glory days. The seats were worn and ripped, with the leather showing signs of distress. The floor was also not clean. The lounge has private bathrooms, but these too were not at their best, being quite dirty. 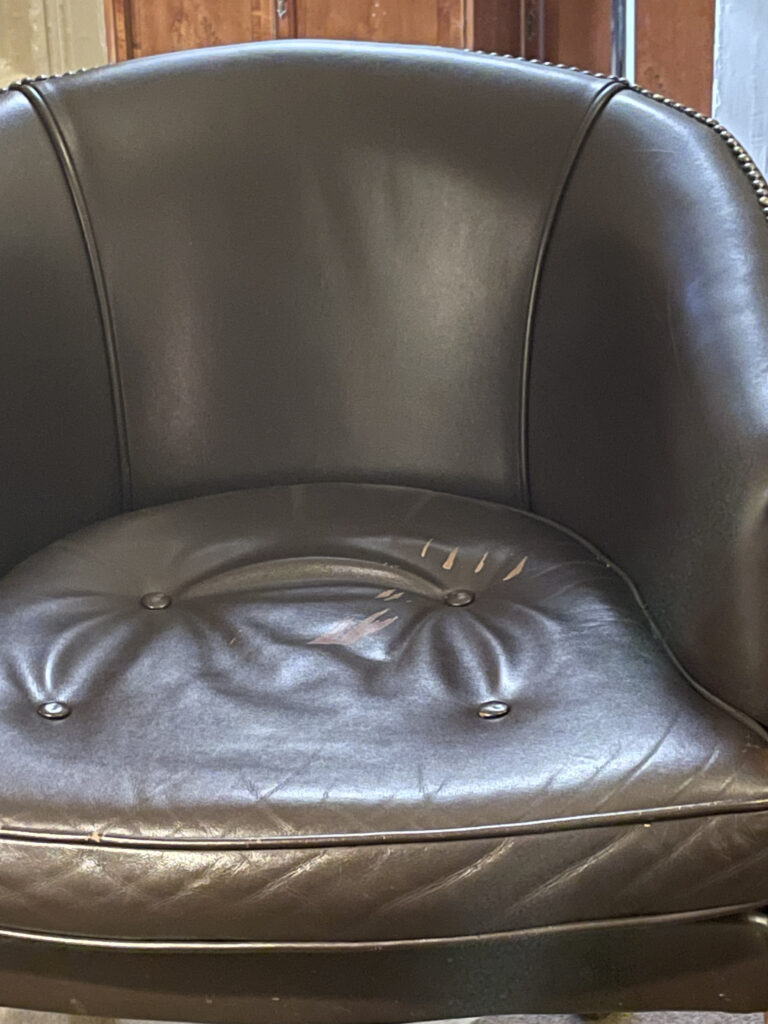 The furnishings were worn and ripped in places. Image: Fintan Horan-Stear

The quality of the fittings notwithstanding, I used the complimentary Wi-Fi to while away the remaining thirty minutes before my departure.

GWR does not issue real-time updates to its app, so you do need to keep one eye on refreshing the app or the departure board. Once the train was ready, I headed to my platform feeling relaxed and ready for the journey ahead.

On balance, I found the lounge to be a lovely perk. It was by no means necessary, and the service on offer was not a showstopping luxurious experience, but it was a serene spot in what can be a busy station.

The lounge itself is a historical treasure, with the interior bringing a sense of occasion to the journey.

Whilst the fittings are in need of refreshing, it is still a delightful liminal place to spend an hour, and decompress after a hectic trip across London to get to the station, before relaxing into your first class train seat on the way to your destination. 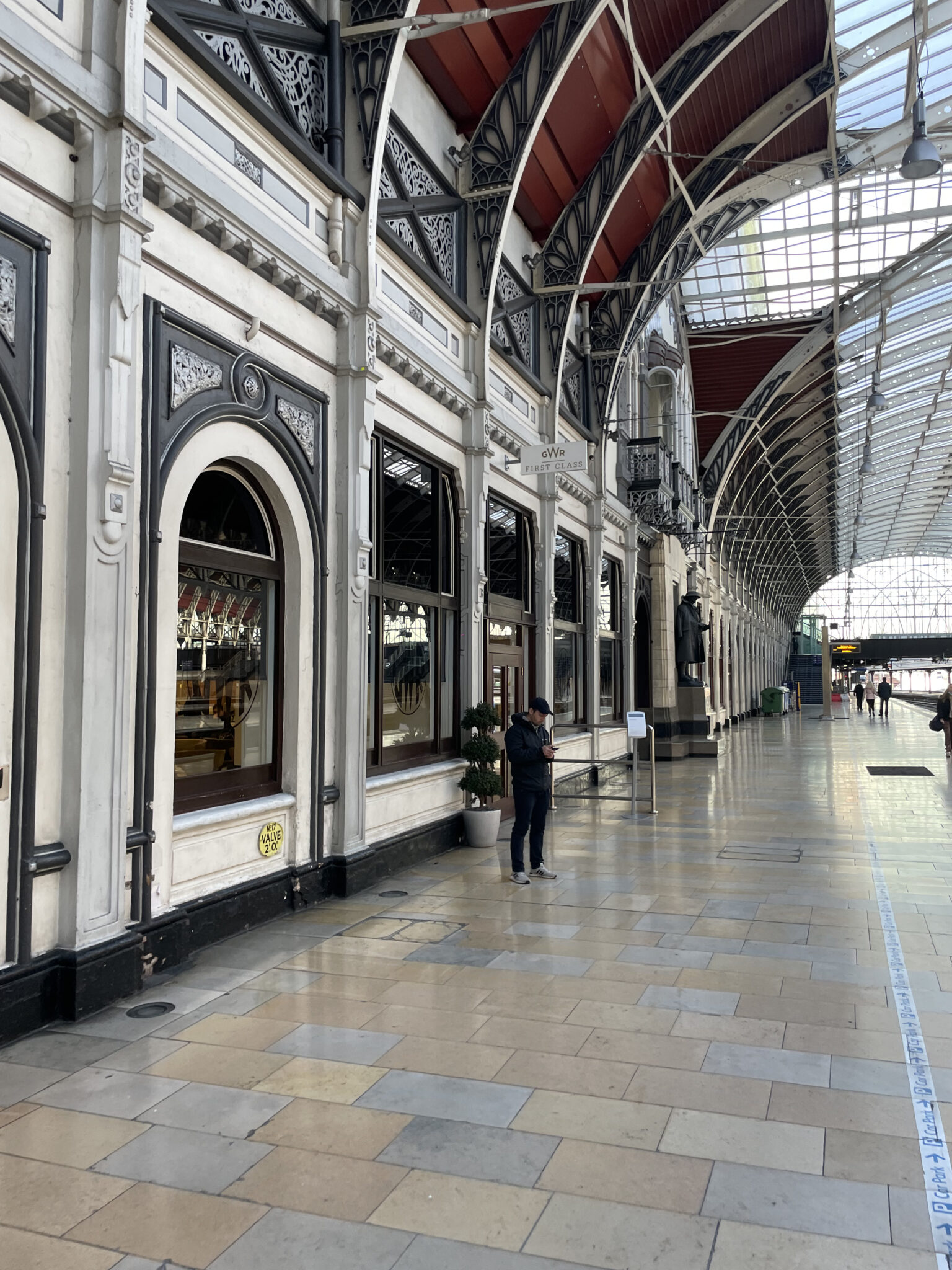 The outside of the lounge gives some indication of the Victorian theme inside. Credi: Fintan Horan-Stear