Vicky Gould, who serves as Skyborne Airline Academy’s head of operations, has had what might be considered a circuitous journey to the field of aviation. She trained hard as an athlete and was destined for the world stage before a congenital shoulder condition ended her sports career at aged 17.

“I was born with part of each shoulder missing. As an athlete I was exceptionally strong and the muscles were holding them together, but then a physio noticed a problem. It was 1998 and I went under probably the top shoulder surgeon in the world at that time,” she tells Runway Girl Network.

Both her shoulders have been reconstructed and medical professionals still wow at the procedures today. “It was my ‘do or die’ moment for heading towards the Olympics and it would have taken too long to recover fitness at a key point in my career. It was all over.”

Gould’s final school year was marred by surgeries and recovery. Electing to take time out before university, she looked to her local college and chose an aviation studies course. She liked its broad range, including an introduction to cabin crew.

“I was offered a position with British Midland part way though the course,” she recalls. “My tutor said, ‘go for it’, so I did. I worked for a couple of years, and it became my university equivalent. I had a lot of fun, but I could see everything behind getting from A to B and I wanted to understand the process from end-to-end.

“As part of that learning I went outside the industry, but the aviation bug drew me back. After my time at [a] creative agency, I worked at an FBO, doing their marketing and realized how much I’d missed the aviation buzz.” 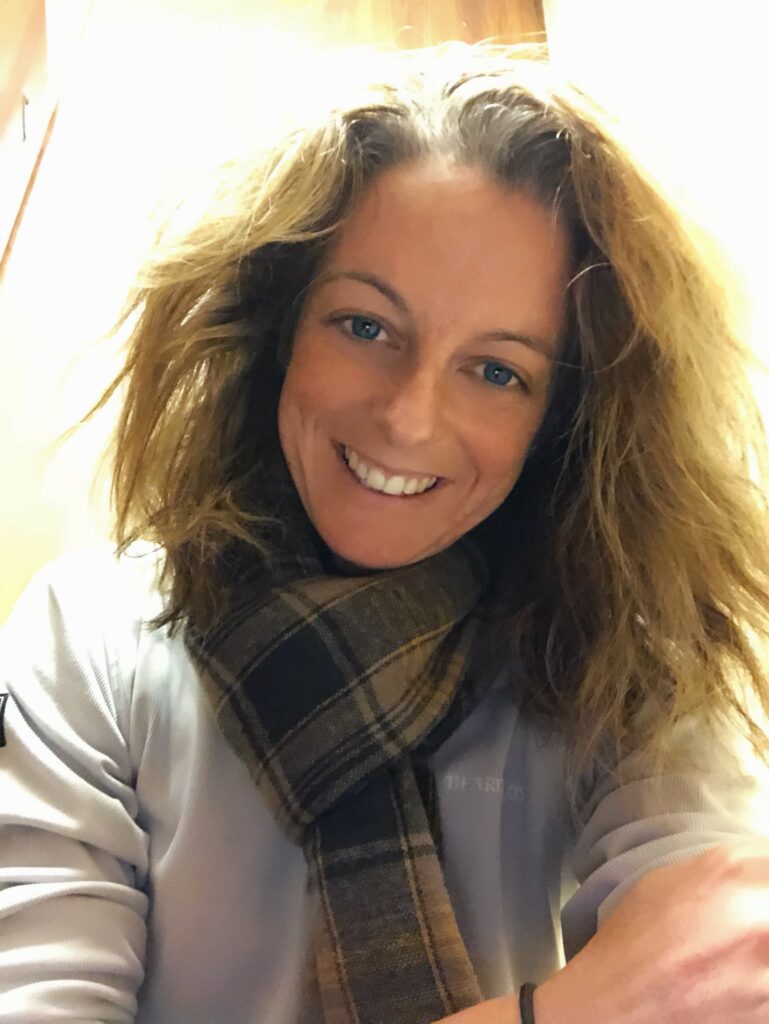 In her position at UK-based Skyborne Airline Academy, which trains pilots and cabin crew, Gould focuses on “running a safe and effective operation, including day-to-scheduling of instructors, trainees, aircraft, classrooms, briefing rooms, simulators and more, for which I have a team of three people.”

She also manages six fleet support personnel overseeing maintenance on the aircraft at Skyborne’s Gloucestershire Airport headquarters, plus what she describes as ‘general building oversight’.

Of her ability to handle airworthiness and building regulations with equal aplomb, she says: “You can be taught the fundamentals, but it’s experience that’s critical. Even after 22 years, things come up that I’ve never seen before, and you just have to know what to do in that sort of situation.”

Skyborne operates as though it were an airline, preparing its graduates for their future piloting careers. The work aligns perfectly with Gould’s skillset, which includes a variety of different roles at different companies through the years.

“I became an operations assistant, then an operations controller and straightaway I was thinking that I wanted to know everything, the full depth and breadth of it. I came out of aviation for a bit to learn other parts of the business. I worked at a creative agency, for example, so I could understand marketing,” she says.

“That’s why I stepped out into engineering as well. Very few people, especially from operations, take that route. And few engineering people cross over into operations. It was always my ambition to become a general manager with the aspiration of directorship.”

Gould shares her experiences with 14- to 18-year olds, through the fly2help charity’s Aim High program. “They come from different backgrounds, and we show them what they can achieve. There really isn’t aviation careers advice in schools, and we explain that you don’t need a degree to get into it. I tell them my story because some of them will encounter hurdles.

“They see I didn’t give up but found something that used a similar skillset – aviation and sport are closely aligned – and took it to the next level.”

All images credited to Skyborne