What happens to your aircraft seat after its useful life is over and it’s removed from the aircraft? It’s increasingly likely to end up being recycled, so the seat you sat on yesterday could some day soon have a second life as a warehousing tray sorting your online shopping, and once it’s worn out there it might end up as a piece of utility piping.

But closing the loop on aircraft interiors plastics — and reducing aviation’s environmental impact in the cabin — is complicated. And when recycling, aviation’s highly certified cabin environment comes into play.

“Thermoplastics as we use them in our company today are always treated with a flame retardant, sometimes reinforced with glass or carbon fiber, and in the worst case even PVC-based,” Recaro chief executive officer Mark Hiller tells Runway Girl Network, highlighting that PVC, if processed incorrectly, can be particularly toxic.

“This makes the recycling of these materials enormously difficult. Theoretically, only thermal recycling is possible, or partnerships can be found that re-bond/press the materials in order to recycle them.” 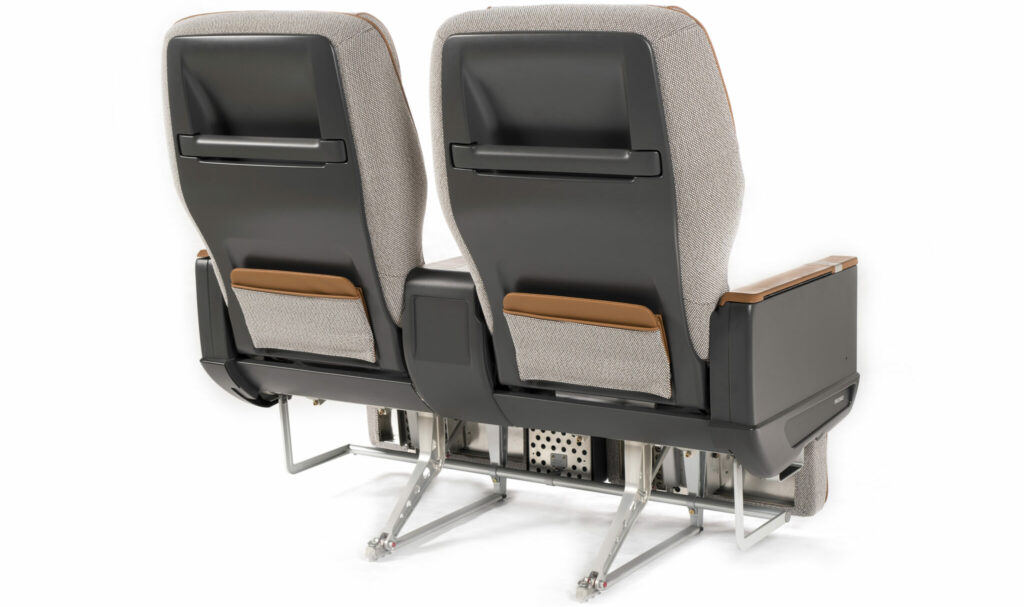 One such partnership is now in play at Sekisui Kydex, chief operating officer and president Ronn Cort explains to RGN, where initial thermoplastic applications like panels, seatbacks and tray tables that meet fire, smoke and toxicity requirements create leftover and offcut material.

“When leftover material is brought back to our facility, it is reused in new markets that do not have FST (fire, smoke, toxicity) requirements while keeping the added benefits of the initial formulations,” Cort explains. “Second-life materials are used for warehouse trays and conveyor systems by a large e-commerce company, vending machine chutes, and outdoor game camera housings.”

“Third and fourth life applications,” Cort says, “are used in urban infrastructure for water retention systems under carparks, water management systems under highways, and sewer systems. The water retention systems use recycled thermoplastics to create panels with holes in them to slow the speed of the water from the drainage system. Over time this slowing of the water drainage keeps the ground from washing out and impacting the carpark and roadway foundations.” 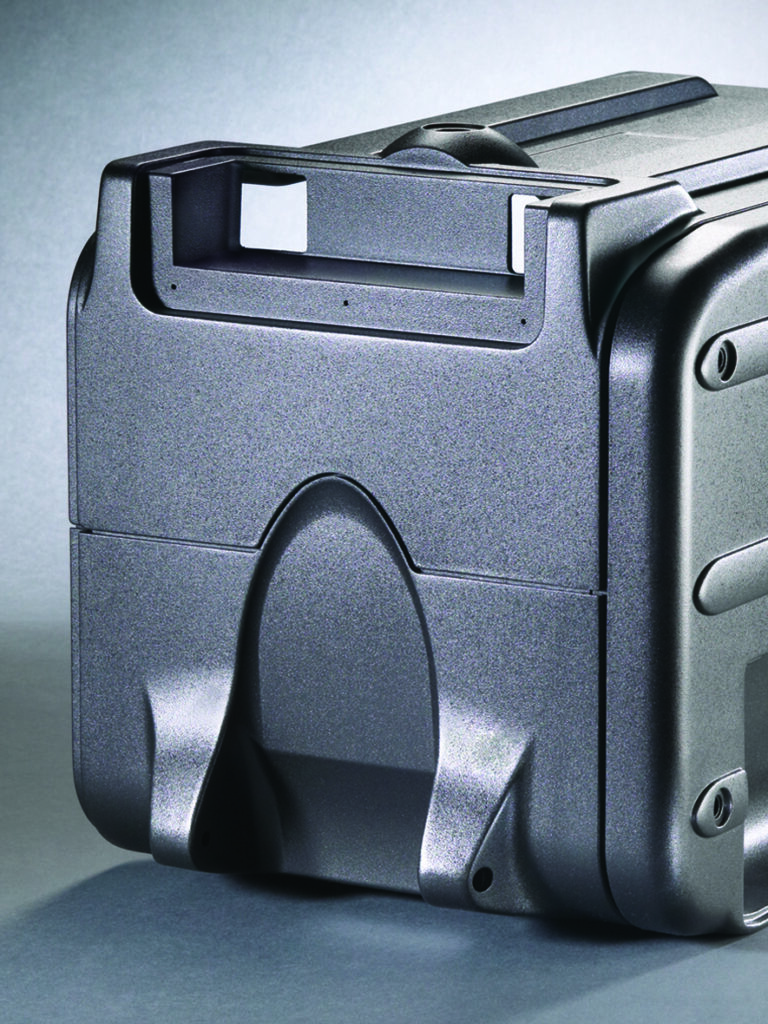 Thermoplastics can be recycled into device housings, for example. Image: Sekisui Kydex

But a key challenge when it comes to recycling cabin interiors is to identify separate the materials involved, because each thermoplastic has different chemistry, different properties and different recycling prospects. At present, there are no household-style “resin code” numbers as seen in the US domestic market: 1 for PET, 2 for HDPE, 3 for PVC, and so on. 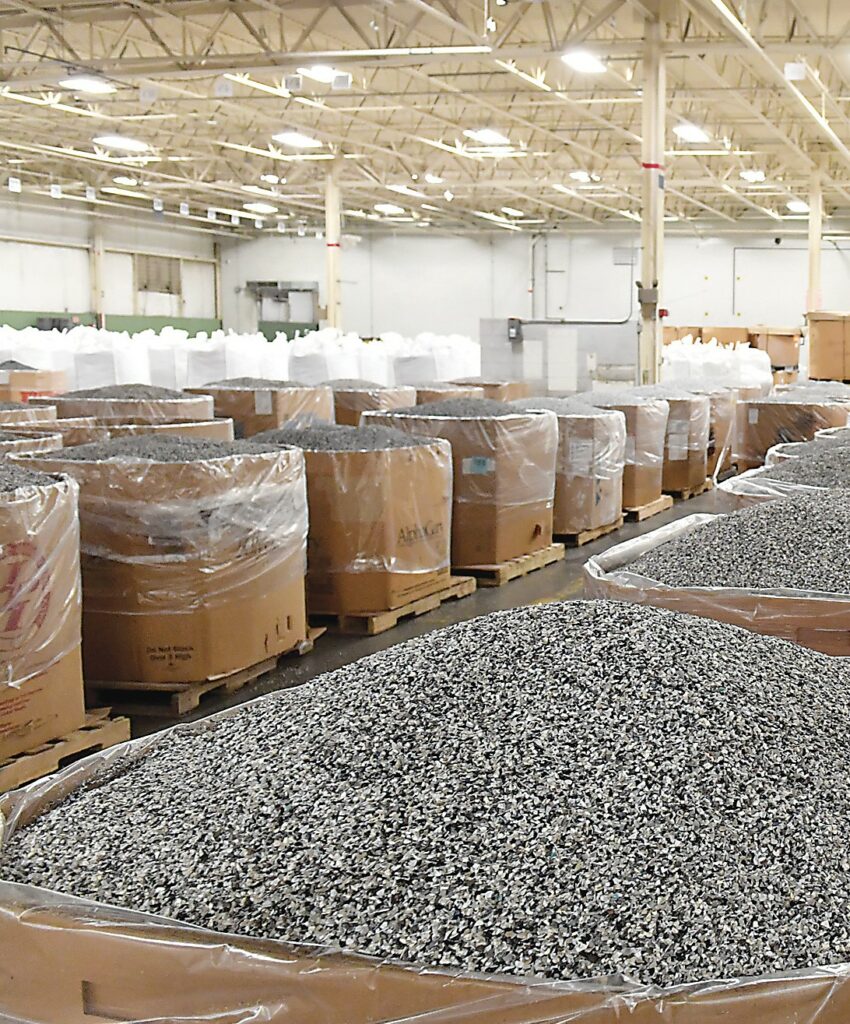 As part of the recycling process, plastics are shredded down for reforming. Image: Sekisui Kydex

One option is to commingle all materials and separate them at the point of recycling, but this is expensive in terms of capital and operational expenditure, and would require a substantially higher volume of recycling to operate efficiently.

Another option is to ensure that thermoplastics are identified and labelled in some way before installation, likely on the hidden side of the material, but this runs into the real-world problems of either being trimmed away or being hidden in the forming process.

“A potential solution,” suggests Kydex’s Cort, “would be to put responsibility at the airframe manufacturer [level] or the seat OEMs to identify and label the material in use when manufacturing the parts. This would allow for an identifier — a logo or recycling number — on each part to make it to the final part on the plane: polycarbonate, PVC, or ‘other’.”

But even more promising is to start thinking about recycling even before the seat is produced. This concept, circular design, means that seats are created and designed with disassembly and recycling in mind, which saves both time and money — and, crucially, means that recycling is more economically viable.

Some — but not all — plastics can be recycled. Image: Sekisui Kydex