While the demand for point to point air travel is currently at a low level following the continuously changing travel restrictions and quarantine regulations, flights to and from Africa are stable. Therefore, feeding and de-feeding flights, like the ones to and from Berlin, remain an important part of the airline’s activities. Brussels Airlines plans to connect Brussels Airport and Berlin Brandenburg Airport three to five times a week, offering a convenient scheme for point-to-point travellers as well as attractive connections with amongst others Accra (Ghana), Entebbe (Uganda), Banjul (Gambia) and Dakar (Senegal).

A centrally organized security checkpoint, modern technology in the control lanes and more spacious terminals promise great convenience at the new Berlin Brandenburg Airport. A highlight is the 694 square meter Lufthansa Lounge, located in the northern part of the Main Pier and offering an exclusive apron view of the Berlin skyline. Passengers travelling on Lufthansa Group Airlines with Business Class Ticket, Frequent Traveller, Senator or Star Alliance Gold Status can relax, refresh or work in peace in the Lufthansa Lounge with separate Senator and Business areas before their flight. 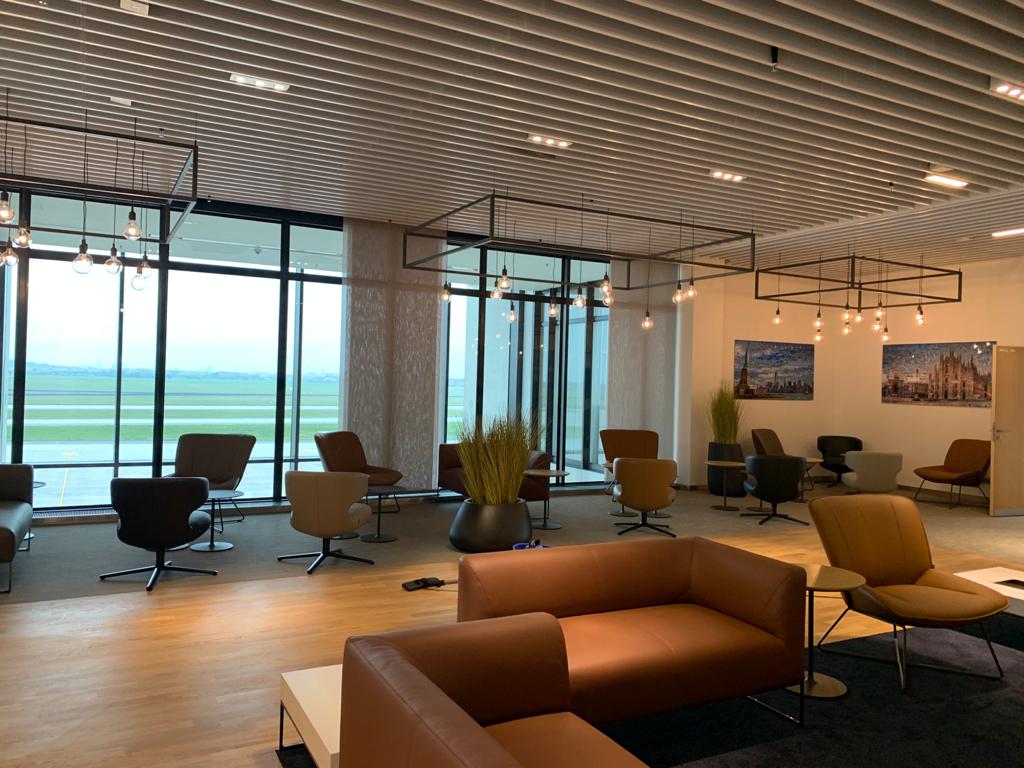 In view of the global coronavirus pandemic, Brussels Airlines has committed itself to the strictest health safety measures in aviation worldwide, following the recommendations of EASA (European Air Safety Agency). Since the outbreak of the coronavirus, the Belgian airline operates an adapted flight schedule that is based on market demand and that takes into account the travel restrictions of the different authorities.

Thanks to its no-compromise positioning, Brussels Airlines combines competitive all-flexible fares with  the highest service quality. With yearly changing Belgian Star Chefs, its wide offer of Belgian food and drinks and the six Belgian Icons, Brussels Airlines is acting as a real ambassador of its country, bringing the world to Belgium and the best of Belgium to the world.

Creating over 40.000 direct and indirect jobs, Brussels Airlines plays an important role in the Belgian economy and is part of Belgium’s second largest economic engine: its hub at Brussels Airport. In 2019, the airline transported over 10 million passengers to, from and via Brussels Airport.

Brussels Airlines offers cargo capacity on all its flights, commercialized by Lufthansa Cargo. The airline also handles the daily maintenance of its aircraft fleet.

American looks to modify its wheelchair weight limits for regionals

COVID highlights how airlines need to focus on the whole journey