United Technologies is serious about enhancing diversity within its ranks, having dedicated itself to addressing the corporate leadership gap and achieving the ultimate aim of full gender parity by 2030. But for any male-dominated business to meet this goal, it is important to ensure women have mentors to turn to for trusted advice. LeAnn Ridgeway, who works as vice president and general manager, Information Management Services for UTC subsidiary Collins Aerospace, knows all too well about the importance of having role models within industry.

Ridgeway, who also serves as ARINC president of the board for Collins Aerospace (formerly Rockwell Collins), tells Runway Girl Network she was lucky to have role models at home: “I grew up learning what Collins was about across the dinner table. My parents each had more than 35 years’ experience at Rockwell Collins. I was intrigued, especially by the stories my mother brought back to our small Iowa town from her global travels; it drew me into the company.”

Now she’s responsible for Collins Aerospace’s commercial aviation network services business, ‘the backbone of aviation’ which usually handles more than 50 million messages daily and serves passenger processing and back office functions at more than 200 airports in 230 countries. In addition, Information Management Services has a significant business aviation portfolio, providing flight support services, flight planning and cabin connectivity for in excess of 5,000 customers. Together with SES Networks, Collins Aerospace recently announced the launch of LuxStream, a near global Ku-band connectivity network for business jets.

Ridgeway’s IMS role came in the second half of a career that began with “really running almost everything in the aftermarket. Logistics, spares planning, technical support, service center and MRO operations, back office, bringing them together into a service product,” explains Ridgeway.

Since then, she has become an expert in acquisition integration. “First, I led 600 men and women responsible for keeping communications networks up in Afghanistan and Iraq after our DataPath acquisition. Then I had the opportunity to lead, for about six years, Rockwell Collins’ E&S simulation business acquisition, integrating it into the ‘family’.” 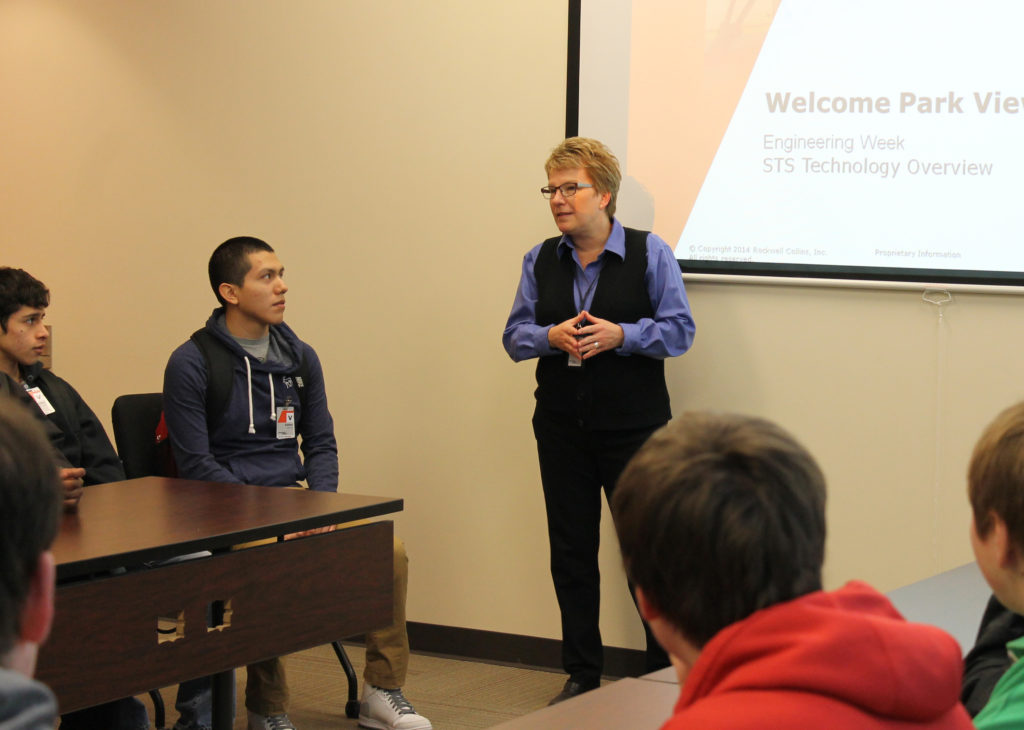 Ridgeway always wanted to be integration lead on a sizable project “and the biggest we did as Rockwell Collins was B/E”, she says in reference to when Rockwell Collins acquired aircraft interiors behemoth B/E Aerospace. “I led it for two years, then came to lead the IMS business, which was the acquisition of ARINC.”

After 30 spectacular years, Ridgeway says she’s excited about the next phase, the imminent merger of Collins Aerospace and Raytheon to create Raytheon Technologies, a company in which she’s sure to take an important role.

Looking back, she says: “My mother couldn’t afford to go to college. She started out as a clerical person, then worked her way up to become one of few mid-level female managers by the time she left.” She showed her daughter what can be achieved through dedication, determination and hard work.

And yet Ridgeway hasn’t entirely escaped gender prejudice and reckons it’s something virtually all of the industry’s female professionals have experienced. In part, she’s risen above it by following the advice of then Rockwell Collins CEO Clay Jones.

I was on the point of breaking into executive management. Invited to important meetings, I’d kind of slip in and sit along the back wall instead of sitting at the table. Clay Jones called me out in a meeting. “LeAnn, you’ve got to assume your rightful position. I want you always to make your way to the table and always use your title when speaking your name.” Later, in private, he told me it makes a big difference in how you’re perceived.

Since then, she’s seen progress, but recognizes that women are still underrepresented in many areas. “We’ve had several powerful women CEOs in recent years, particularly in defense, but we still have big gaps and I think part of the problem is lack of role models,” she tells RGN. 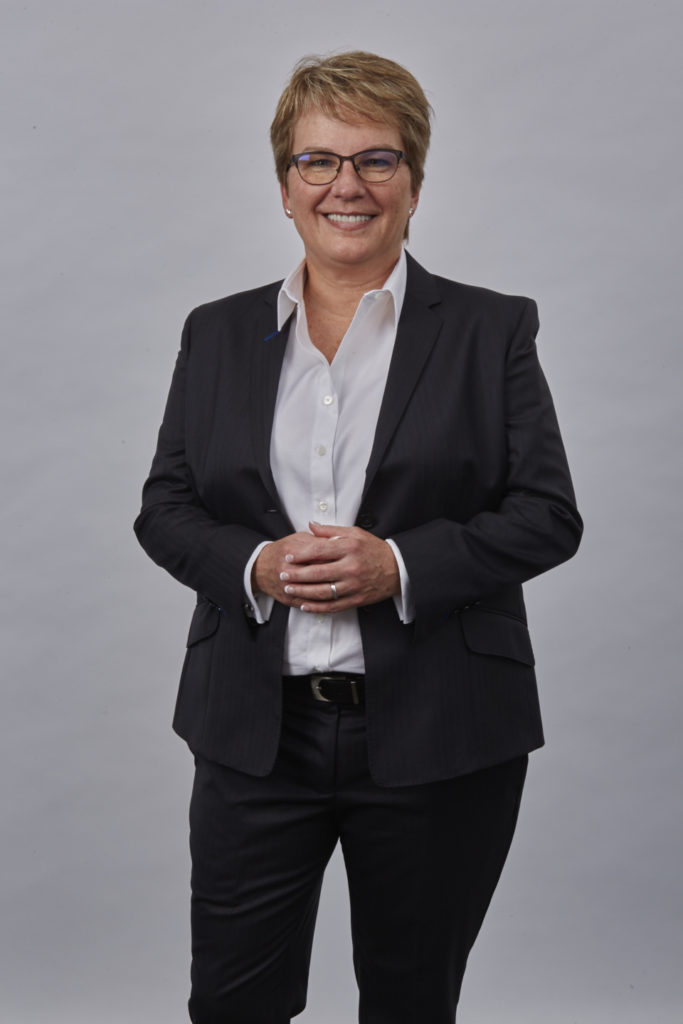 VP and GM, Information Management Services, LeAnn Ridgeway says: “Almost anything that touches the aviation industry and has to do with messaging and networks, we’re involved in.” Image: Collins Aerospace

Paradigm for Parity, a coalition of business leaders dedicated to addressing the corporate leadership gender gap for which UTC is a member, is working to bring parity to the number of women in senior positions. Throughout her long career, Ridgeway has always done her part.

“I’ve spent a lot of my career mentoring, sponsoring and providing advice to females especially, but also others in minorities,” Ridgeway confides to Runway Girl Network.

“The key is that as awareness builds, the aperture begins to open. In almost every leadership position I’ve had, I go from less than 5% diversity in the leadership team to between 60% and 70% by the time I leave. I’d like to claim that’s because of me, but it’s really that people like to go to where the path has already been blazed, where they see opportunity, and diversity is welcome,” she continues.

“The more we can get role models out there, the better it is for the industry as a whole.” 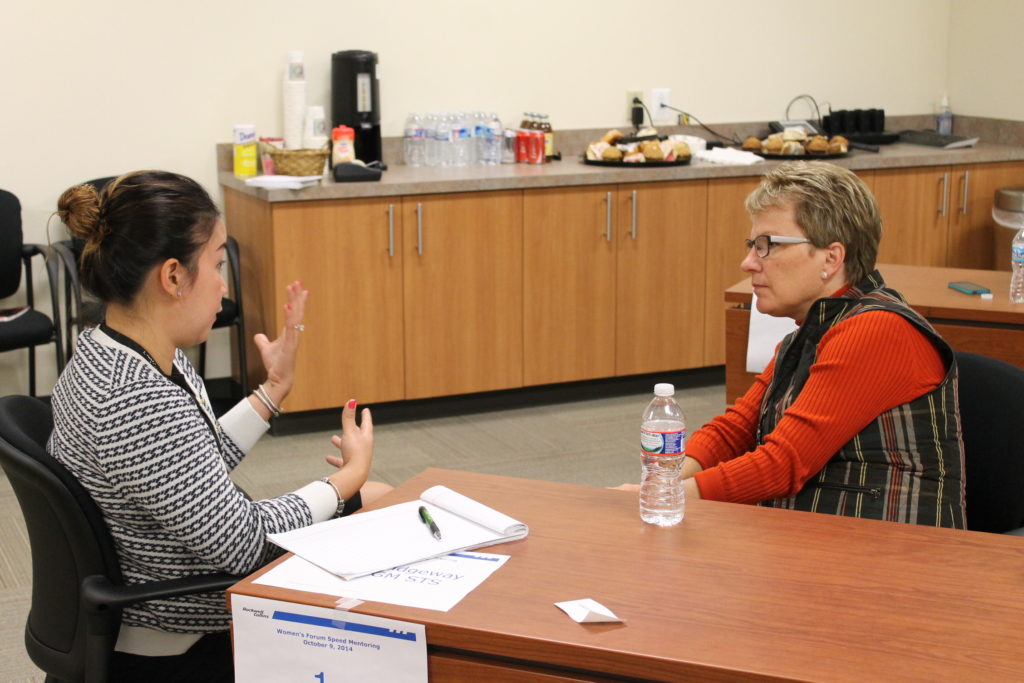