When Fly Like a Girl director Katie McEntire Wiatt was a little girl she wanted to be everything from a Broadway star and a chef to an Olympic-level equestrian rider and an astronaut. But it was during her years as an elementary school teacher in her home state of Florida where Wiatt found her true calling as a documentary filmmaker.

Witnessing firsthand the gap in confidence that young female students felt in regards to math and other STEM-related subjects at school, Wiatt was inspired to help change the antiquated notion that “girls just aren’t good at math” by making a film about it.

“I have been fortunate to be surrounded by strong, hard working, and smart women all my life,” says Wiatt. “A few years ago I learned that my maternal grandmother worked in a factory building planes during World War II. She specifically remembers helping make the wings. I was in awe to learn that my grandmother had done something so remarkable and yet stayed so quiet about it all these years. All of these moments really instilled in me a passion to help change how young girls and women perceive themselves and what they have to offer to our world [and] I decided that aviation, with its diverse and exciting opportunities, [was] an excellent vehicle to tell this story.”

And while there have been other documentaries about the role of women in the traditionally male-dominated field of aviation, Wiatt’s focus on the diverse make-up of those often underrepresented women makes Fly Like a Girl unique.

“A recent study in Science Magazine found that young girls are less likely to think their own gender is smart. In order to change this narrative, it is crucial that girls and women see people like themselves achieving great things in their fields. It is also important that they witness women in their own communities in roles that might typically be thought of as ‘boy stuff.’ This is why films like Hidden Figures are so important. I strongly believe we need more diverse female role models. There are so many women out there who have done and are doing outstanding work in the aviation and STEM world and their stories are just waiting to be told to a larger audience,” says Wiatt. 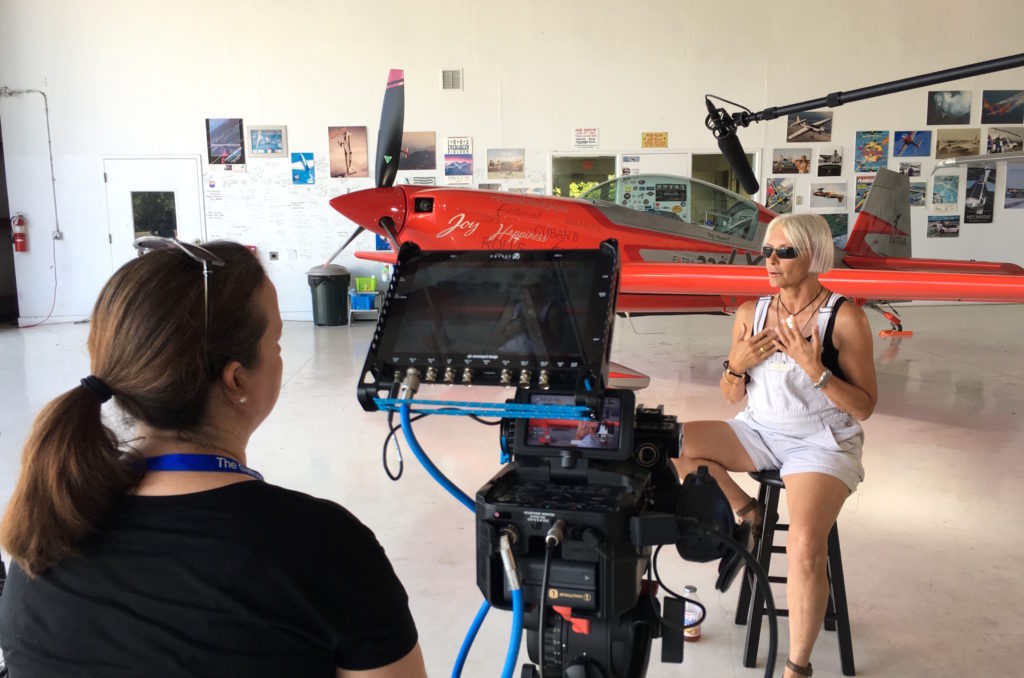 “I must admit at first I was nervous to interview such amazing women but they each were incredibly gracious and willing to share their story [and] the challenges they have faced in their lives and careers,” says Wiatt. “Bee has some amazing stories about her time with the WASPs and the difficulties she faced being [one] of the first women to fly for the Army Air Corp. Patty shared with us that even today, if she doesn’t get recognized, and is taxiing in an airplane and there is a man in the right seat and she in the left seat, they will always ask the man in the plane for the fuel order [and] Olivia has also shared many challenges she has faced.

“Women like Bee and Patty have paved the way for younger women and broken down a significant amount of barriers. However, there are still challenges women and girls face. They might look different than challenges women faced in the 1940s, yet they still stem from much of the same ideas and thoughts in society about what women can and can’t do.” 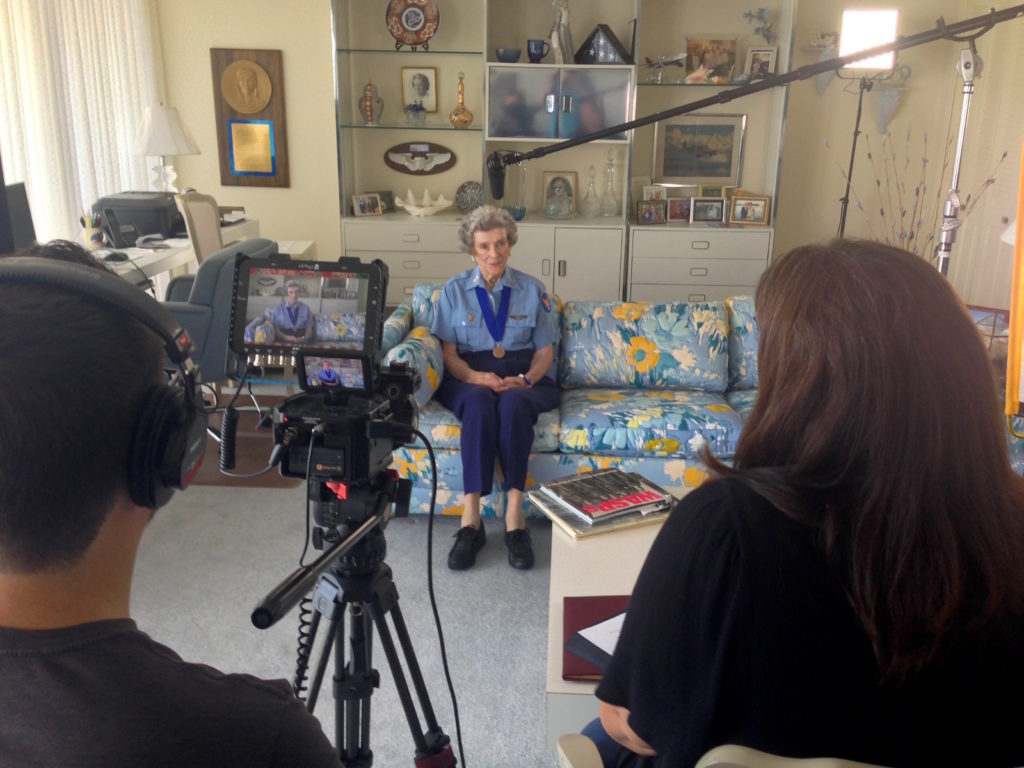 That being said, Wiatt says she is very excited about the powerful roles that women are playing in aviation right now and will continue play in the future.

“I don’t think it is too dramatic to say our future depends on bringing more women to the table of aviation and STEM,” says Wiatt. “In the next 20 years our world will face a major shortage of pilots and aviation-related personnel. We depend on aviation for a wide variety of reasons and this critical shortage will affect us all directly. I believe that women, their views, experiences and skills, will help find solutions to the impending aviation crisis. Thankfully there are many wonderful organizations out there, like Women in Aviation International, that are dedicated to helping girls and women succeed in aviation and STEM-related aviation fields. Many communities and organizations have wonderful mentor programs for young women. I truly believe connecting girls to role models and mentors is key.”

And as far as Fly Like a Girl goes, Wiatt says that apart from the constant, ongoing challenge of fundraising, the next step for her and her team is to expand the film’s scope even wider.

“We know to tell this story well we must expand [it] to include women in many diverse aviation fields, and show the incredible work that is being done across the country by women. Our next step is to interview diverse women from all over the country and share many aspects of aviation. We have spoken with military pilots, engineers, scientists, drone pilots, historians, commercial pilots and many more. Some of the women are well known and some will have stories that have not yet been shared on a wide scale. I cannot begin to express what an honor it is to talk to such accomplished women,” enthuses Wiatt, “Some days I have to pinch myself to know this is real!”

For more information on Fly Like a Girl, please visit the film’s homepage at: http://www.flylikeagirl.film