This is an Op-Ed contribution from “the father of PreCheck”, Sheldon Jacobson.

First it was Pittsburgh International Airport, then Tampa International Airport, and now it is Detroit Metropolitan Wayne County Airport. What do these three airports have in common? They are the only commercial airports in the United States that allow non-passengers to pass through passenger screening checkpoints and enter the post-security side of the airport.

Non-passengers who wish to take advantage of this privilege must provide government-issued ID to obtain their terminal pass to meet family arriving on a flight, take advantage of shopping opportunities in the terminal, or enjoy a meal with a departing friend or family member.

The economic potential for airports is significant, with increased parking fees collected and increased terminal concession expenditures. Moreover, curbside congestion for people waiting to pick up arriving passengers may be reduced. But is it safe?

How will this affect security and checkpoint waiting time?

Given the small number of travelers taking advantage of these programs so far, it has had a negligible effect. However, Detroit, the newest among these participating airports, is a Delta hub, presenting a new case study to observe checkpoint waiting time changes.

Nonetheless, non-passengers will need to be screened to meet arriving passengers, competing with passengers on departing flights. During peak time periods at hub airports, with already congested security checkpoints, this can create added stress on already taxed Transportation Security Officers.

Expanding these programs makes sense, returning one aspect of airport security access to pre-September 11 policies. To optimally leverage these changes, non-passenger screening programs can also be aligned with TSA PreCheck. By offering PreCheck passengers this privilege, it will provide an added incentive to gaining PreCheck status, even if a person only flies once a year.

With such a shift, standard screening lanes can be incrementally transformed into PreCheck lanes, as the number of PreCheck qualified passengers and non-passengers grows.

To go one step further, requiring non-passengers to have PreCheck status would be optimal, since it adds an enhanced benefit for PreCheck passengers, with economic benefits to airports. However, having two tiers of non-passenger access would be a reasonable transition step.

Risk-based security, the foundation for PreCheck, makes the air travel system more secure for all. Any program that incentivizes enrollment in PreCheck makes good security and economic sense. As more airports permit non-passengers into the post-security side of the airport, the security benefits of PreCheck will be further enhanced and expanded. 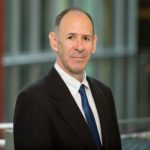 Sheldon Jacobson, Ph.D., is the founding professor of the Simulation and Optimization Laboratory in the Department of Computer Science and the founding director of the Bed Time Research Institute at the University of Illinois at Urbana-Champaign. He is a former treasurer for INFORMS, the leading international association for operations research and analytics professionals, and currently chairs the INFORMS National Science Foundation (NSF) Liaison Committee.

Press Release: Cannabis legislation is causing confusion at US airports