It is now a largely undisputed notion that both the free Viasat-powered streaming connectivity service on JetBlue Airways and the paid broadband sessions on American Airlines have set the standard in terms of IFC #PaxEx. Even Inmarsat agrees that Viasat deserves props for its deployment in the Americas.

“From what I am hearing from the market, that is starting to dry up, but they have done a terrific job where they are right now and absolutely credit [in the Americas]. That’s not the case elsewhere and again it’s one thing to be able to deliver large amounts of regional capacity to a very well delineated region, it’s something else to have a global system which has redundancy, which is resilient and which customers can depend upon.”

Asked by RGN if the recent loss of the ChinaSat-18 satellite gives Inmarsat time to catch up on the capacity front in preparation for when ViaSat-3 comes on line (the first ViaSat-3 satellite is expected to launch in 2021), Balaam shoots back: “I don’t see it like that, and I don’t see it at all that we are playing catch up. What I see is that we have a global network already, and we don’t have any capacity problems right now. With the launch of GX 5 later this year, we will be delivering I think it’s 60 times more capacity into the Middle East and Europe. Then we have got the two GX 6 satellites [the GX payloads on the I-6 satellites] coming on board starting from next year, and then we have got the GX 7, 8 and 9 satellites coming up and these will be delivering orders of magnitude more capacity, but where we want it.

“And I don’t want to really speak about any specific competitors but I think we will be rendering our competitors irrelevant before we have to start worrying about catching up with them. And I think that it is one thing to make promises, it is quite another thing to deliver services globally. If you deliver a global service, it’s quite a difficult thing to do.”

The Inmarsat GX 5 satellite last week began its journey from the Thales Alenia Space facility in Cannes. The satellite, which was loaded onto an Antonov 124-100 aircraft, will be launched by Arianespace in French Guiana. Image: Thales Alenia Space, Emmanuel Briot

Viasat had intended to use ChinaSat-18 for its global airline customers to have roaming connectivity when flying over China, as well as to provide IFC service to domestic flights within China. But the company’s VP, commercial mobility Don Buchman tells RGN that the in-orbit ChinaSat-16 satellite, also part of Viasat’s arrangement with China Satcom, is “going to serve 80% of the flight routes in China. It’s going to serve any international customers that we assigned that want to have access to China when they fly in, say from North America. And so, for the future business that we see, it’s going to serve our needs and you know, we expect to have more capacity going online.”

For its part, Inmarsat says its plans are real and tangible, and that when it says it’s going to do something it means it. “We have a fully funded, invested roadmap,” notes Balaam. Moreover, GX 7, 8 and 9 are built specifically for the aviation industry so Inmarsat will enjoy a sort of flexibility that it believes media isn’t really talking about right now.

Inmarsat’s VARs are certainly keen on the satellite operator’s GX roadmap, with every single one of them lauding GX at the APEX and AIX exhibitions this year. Inmarsat’s partnership with Panasonic Avionics, specifically, has taken a bit longer to develop than expected, but that too appears likely to bear fruit soon, with Balaam saying: “I can’t give you details but we are very well advanced with a couple of very major customers along those lines. So, to be perfectly honest the partnership has taken longer than I would ideally have liked for it to really take shape. In hindsight, bringing the two systems, the two cultures, the two companies more closely together was probably a bigger task than I had anticipated in the beginning. It was ambitious and if you want to do this well, you have to do this carefully. You need to walk before you can run, and I think that is what we have been doing. We are picking up pace. I expect over the coming [fourth] quarter you will start to see some interesting news around what we have been able to do.”

But with specific regard to GX and Inmarsat’s partner ecosystem, he states, “Whether you are looking at Panasonic or you are looking at Thales or SITAONAIR or Collins or Honeywell, they all bring different things and we are in an industry where it’s almost like each airline wants something a bit different. And so what we are finding is our different partners find different … areas where they can really hit the spot with a particular airline or type of airline. And I think that is going to stay the case for the years to come because there hasn’t really been a settling out in the airline industry and that’s normal because each airline has a very specific relationship with its particular customers. Also, not all the airlines are starting from the same place so I don’t expect to see a very homogenous offer to the market over the coming years. Our approach is we are better off partnering with a broad church of partners who can deliver the best services for a particular airline or group of airlines. I don’t see a significant change in that over time.”

Intriguingly, where Inmarsat sees VAR creativity, GX IFEC package provider Safran Passenger Innovations sees a “race to the bottom” with so many players duking it out.

Inmarsat’s aggressive buildout of the GX constellation – including future polar coverage – comes at a fascinating time for the IFC sector. In addition to Viasat’s efforts to offer a near global, high-capacity Ka service, new LEO and MEO satellites operated by OneWeb and SES – to name just two firms with hats in the ring – will be positioned to support aero. Referencing the forthcoming O3b mPOWER MEO network, SES CEO Steve Collar says the nextgen constellation will be “capable of addressing every aircraft in the world”. And SES, Thales and antenna maker ThinKom Solutions just last week celebrated successful flight-tests of broadband connectivity on a Gulfstream G-III business jet whilst seamlessly switching between SES’s GEO and current-generation O3b MEO satellite beams.

But with four of its own GX GEO satellites already in orbit, Inmarsat has a serious head start on the coverage front. Though GX VARs serve as integrators and inflight ISPs to the airlines, Inmarsat’s Balaam does sit down directly with carriers. He says they are “obviously interested in what we are doing today; they are more interested in what will be there in five years and in 10 years and in 15 years. They are on a journey; we need to be on that journey. Our journey is relatively clear. I ‘d rather focus on that than ideas of catching up with anyone else …”

More broadly, he adds in reference to competing satellite operators, “Different companies will have different strategic approaches. We are backing ours, we think it is the right one. That doesn’t mean it’s the only one that works but we think it is the most appropriate one for the aviation IFC requirements.”

Meanwhile, Inmarsat is receiving “very interesting data and metrics” from its GX customers, including Qatar Airways and Air New Zealand, the latter of which is setting its own kind of global standard for free Internet (much to the delight of your author’s sister, who sang GX’s download praises after a recent flight). 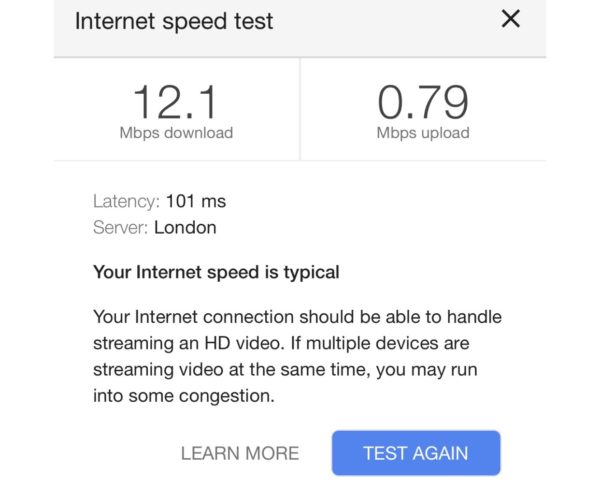 GX hit the 12 Mbps mark on a recent flight, the same measure Viasat uses to promote its IFC.

The GX usage data will help airlines decide how they want to position connectivity for their passengers. And the offerings “won’t be the same for Air New Zealand passengers flying from London to Los Angeles as they will for BA going from London to Frankfurt; it will be different, but these will become more informed as the data sets [grow]”, notes Balaam.

Air New Zealand is a great case study, with Balaam noting that “it started off with a paid model there, was then a shift to free, and we have seen with the usage of the network – and this is really unlimited free – it works fantastically.” It certainly gives Air New Zealand a #PaxEx advantage over Qantas, who’s recent Project Sunrise PR move – flying New York-Sydney in just over 19 hours – was perhaps most notable for not offering cabin connectivity, and needing to use slow, expensive ACARS to keep people on the ground updated during the flight.

For its part, Qantas has said it plans to launch international inflight connectivity services to correspond with new longhaul aircraft to debut around the time of the ViaSat-3 launch. Airbus, meanwhile, has submitted an upgraded but non-ULR A350-1000 for Project Sunrise. It will be interesting to see if Qantas stays the course with its ViaSat-3 strategy for longhaul, given the linefit offerability of GX on the A350, the coupled-up nature of IFE & C on the type, and the historically solid relationship between Inmarsat and Airbus. Or perhaps it will opt for Boeing.