Once known mostly for being an airfare clearinghouse, airline-owned ATPCO is enjoying a new level of prominence in the industry since it acquired Routehappy, the leading provider of rich content for flight shopping.

Jeff Klee, founder and CEO of online travel agent CheapAir didn’t hide his affection when he declared at the recent ATPCO “Elevate” conference in the Washington DC area that, “Routehappy has been the best thing to happen to us ever.”

And, at least from this vantage point, it appears Routehappy is among the best things to ever happen to ATPCO, giving the data giant and ergo its partners profound merchandising capabilities. But having a great product or service is only half the battle in business. Being able to communicate your proficiencies is also essential.

Beth Taylor, who started out in investment banking and was on the VP track at IBM before joining ATPCO and Routehappy as head of marketing and communications, has played a key role in crafting and disseminating ATPCO’s new message since the fall of 2016. Appointed by ATPCO president and CEO Rolf Purzer “essentially to start a proper strategic marketing initiative”, she has done just that.

“I came into ATPCO about three years ago, just basically seeing this company that was sitting on all of the world’s pricing data that didn’t understand exactly how valuable they were in terms of how they expressed themselves,” explained Taylor to Runway Girl Network at the Elevate conference.

“I have been around data geeks my entire career and I am something of a math nerd myself and I came in and I was like ‘where are the data scientists,’ like those are the ones I would want to use as a marketer to help tell our story. And no one saw themselves as data scientists. No one. And I was like, ‘but you are dealing with massive amounts of data every day. You built the pricing logic as it exists today.’”

In short, there was a “massive disconnect” between what ATPCO’s experts were doing and how that was communicated to the public. Taylor said the gap was particularly acute with women, many of whom were accustomed to working in a largely behind-the-scenes capacity but who weren’t necessarily “ruthlessly striving to become future leaders”. That’s why, three years ago when ATPCO transformed its longstanding annual customer conference into Elevate – billed as “the premier event for airline industry innovators, thought leaders, and solution geeks” – Taylor sought to give women a greater voice. As part of the first Elevate conference, she hosted a women’s leadership lunch, where Delta Air Lines director global pricing distribution revenue management Sharon Mickelson spoke.

“I got a lot of questions from folks that were saying, ‘why would women need their own lunch?’ But we did it anyway and the room was packed,” said Taylor. A year later, the International Air Transport Association (IATA) announced it would focus on gender diversity at its annual general meeting (AGM).

There were some initial hiccups with IATA’s approach, including optics out of the AGM that left many journalists – especially women – wondering if the association was serious about tackling the gender imbalance in industry. As IATA’s PR team went into damage control, Taylor happened to be serving as a judge for the IATA Hackathon, which had placed a focus on women who code. After the judging was over, and during a video interview with IATA about her experience, Taylor said: “ATPCO is so proud to have launched Lead From the Front.” Standing next to Taylor, her ATPCO colleague noted, “We don’t have a ‘women in technology’ program; what are you talking about?”

“I was like, ‘not yet’. So it was kind of like launched before it was [a thing], like Field of Dreams style,” she confided to Runway Girl Network.

Perhaps it will not surprise the reader to learn that Taylor comes from a legacy of strong women. Her grandmother, Marjorie “Marge” Taylor was a pilot and then a WW2 flight instructor who went from a post-war office administration job at Learjet to eventually become the highest ranking executive at the Wichita-based airframer.

No shrinking violet herself, Taylor went back to ATPCO’s CEO the week after her interview at the IATA AGM and told him about her plan to launch Lead From the Front, a women’s leadership initiative, “and he didn’t bat an eye, he didn’t flinch, he said ‘this is a great idea, go for it,'” she recalled.

It was important to Taylor that Lead From the Front have teeth to it. “It’s not a marketing thing or a PR thing; that stuff is like the bane of my existence, especially since I am in marketing. It has to be real,” she said.

As such, it “had to be employee-led. So, I found key influencers who were at non-management levels, a team of about six women … to self group around what this program needs to look like. And I gave them a couple pointers on making sure we set clear KPIs, that the mission statement for it follows in line with what Rolf agrees that we’re focused on which was: identify future leaders who rise up the ranks at ATPCO; to give certain women no matter what their aspirations were connection to senior leaders, like mentors, and mentor/mentee relationships both that broke the hierarchy but were also functionally diverse; and then also to identify women from outside ATPCO who might be interested in joining a company that’s quite valuable from a data space, a technology space. Our marketing has gone leaps and bounds but there is still a lot of to say about what ATPCO and Routehappy now truly is.” Indeed, the marketing team has grown from three people to 20 under Taylor.

Her experience in launching Lead From the Front reminds Taylor of a story: “My mom was taught by the first female PhD in computer science, in the sixties. And it’s kind of like the women from NASA who did all this stuff behind the scenes. And I felt that way about a lot of the my colleagues at ATPCO, where they have been there 30 years, 40 years and they didn’t identify as data scientists but they were absolutely them.”

Half of the company showed up to the first Lead From the Front event “which said to me that my internal flag that this was a critical topic was true, like there was a hunger within the ATPCO staff for access to people that believed in what they could do,” continued Taylor. “Because they have been there for decades doing the same hierarchy, doing the same job, business itself was meant to return value not to be ego.”

Indeed, one in four employees at ATPCO now actively participates in Lead From the Front. “And of those one in four, 20% are men which I think is phenomenal.” A lot of what Lead From the Front has been doing is very tangible. The program is not driven by HR or indeed marketing. “It was driven by people who cared about the results, myself included,” said Taylor.

“We took some of the money and said ‘we are going to put a relationship in place with Women in Technology [WIT] and we put 10 women into the first group of WIT’s Mentor-Protégé Program and usually there is only 25 a session and Women in Technology was like ‘who is ATPCO; why are there is so many of you?’ And those women then came back and presented their findings to the whole company. So it was like an open lunch for anyone that wanted to learn what they learned through the Protégé Program.”

She continued, “We identify high value technologists who don’t publicly speak, they don’t travel very much for work, they are just really talented at what they do behind the scenes and we are sending them to the Women in Engineering conference in California; there is a Women in Technology conference coming up. There are a few different industry events where it’s like ‘forget about bonuses and raises; we want you to go out into the external market and represent us and bring back relationships, bring back ideas.’ I mean there is a lot of people in this industry [and] you see the same people at events because they are the ones that are the ones that get to go. And so this is giving access to folks who aren’t necessarily on the business side connection to owning their expertise as a technologist.” 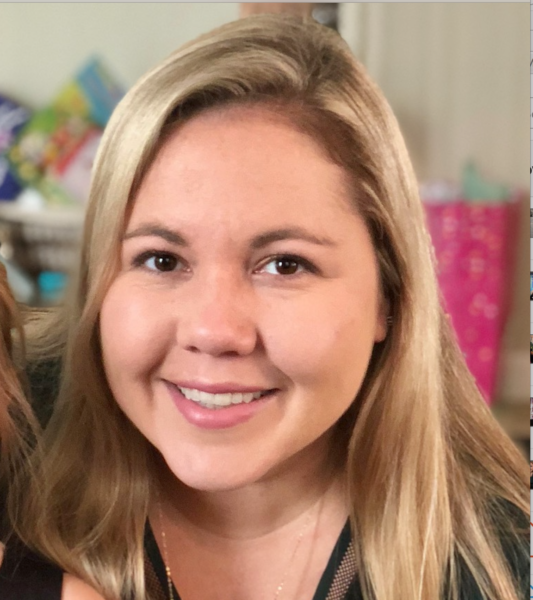 Many ATPCO employees are actively engaged in Lead From the Front, the women leadership initiative launched by Beth Taylor. Image: ATPCO

Your author has observed a similar paradigm in the airline passenger experience industry; there is a plethora of amazing women working behind the scenes, but they don’t necessarily get the invite to the conferences. “Yes, absolutely,” said Taylor, “and so we have done that as one of the other ways of connecting them to the market.”

She added, “Women that have been in the industry for a long period of time have become used to the culture that was created … We have got kind of a tale of two cities within a lot of organizations where there’s women who are just now starting to kind of realize the things that they wanted to do 20 years ago, they can try to do now and be successful at higher degrees because they are given more access. And then you also got new generations coming who have never been told ‘no’ or never been told they don’t have a seat at the table. I am somewhere in the middle of those two generational degrees and so then by virtue of them coming in and having this program already in place they are just like a rocket.”

For Taylor, it’s imperative that her team feels free to express their opinions. “So when I was in consulting and even in banking I can’t tell you how many boardrooms I was in where I would sit [by] the wall …. and all the generals would sit at the table and it was me and this guy who was a young up-and-coming cloud computing technologist, his name is Joshua, and they would be making big decisions, former generals, like 5-star generals, would say ‘ah Josh, Beth’, they kept turning around asking us quietly our opinion so they could represent them at the table. And in my head I just remember thinking ‘I have so many things to add to this that would make the decision at the table better, but because of the structures that we had decided were okay, those voices didn’t always make it through.’

“So one of the big things I think as part of the program and the initiative overall is not just women, it’s men as well. How do you break down the barriers for those voices to help make better decisions?”

The photo at top, credited to ATPCO, shows Taylor and other employees celebrating the launch of Lead From the Front.

Travel as commodity: identity and brand in a homogenous EuroLCC world