Optimares, perhaps best known for the “courtesy aisle access” of its Maxima business class seat aboard Hawaiian Airlines, has been working with the Gulf carrier for some three years on Quadra, which is something of a new concept: neither regular recline nor fixed backshell, but something new that is remarkably successful in practice.

“Starting from the passenger perspective, we’ve been asking ourselves what are the pain spots of flying economy besides it being crowded?” Tonucci asks. “It’s the fact that the backrest intrudes on your space. You can’t use your computer, you can’t eat a meal properly, you can’t get in and out properly unless everybody goes back in the upright position. That’s not right.”

“The idea is that, when you buy an economy class ticket, you should own that timeshare space that you have,” Tonucci explains. “We tried to do a fixed backshell seat many times, and it didn’t work, because the equilibrium of your head needs to have a perception of movement, so the result of the targeting is a semi-fixed backshell, where the head moves a little back and a little down, and the recline system allows you to increase the angle at the hip.”

The recline in @optimares’ Quadra seat is truly fascinating from a #PaxEx design perspective. pic.twitter.com/bJKfgKGmyc

From the perspective of the passenger behind, there is little visible impact to the legroom, and indeed the seatpan sliding forward creates additional room in the centre of the seatback. No contouring guiding a manspreading stance here: the extra room is for those who prefer to keep their knees together, which was possible even for your 6’3” journalist at 32” pitch. 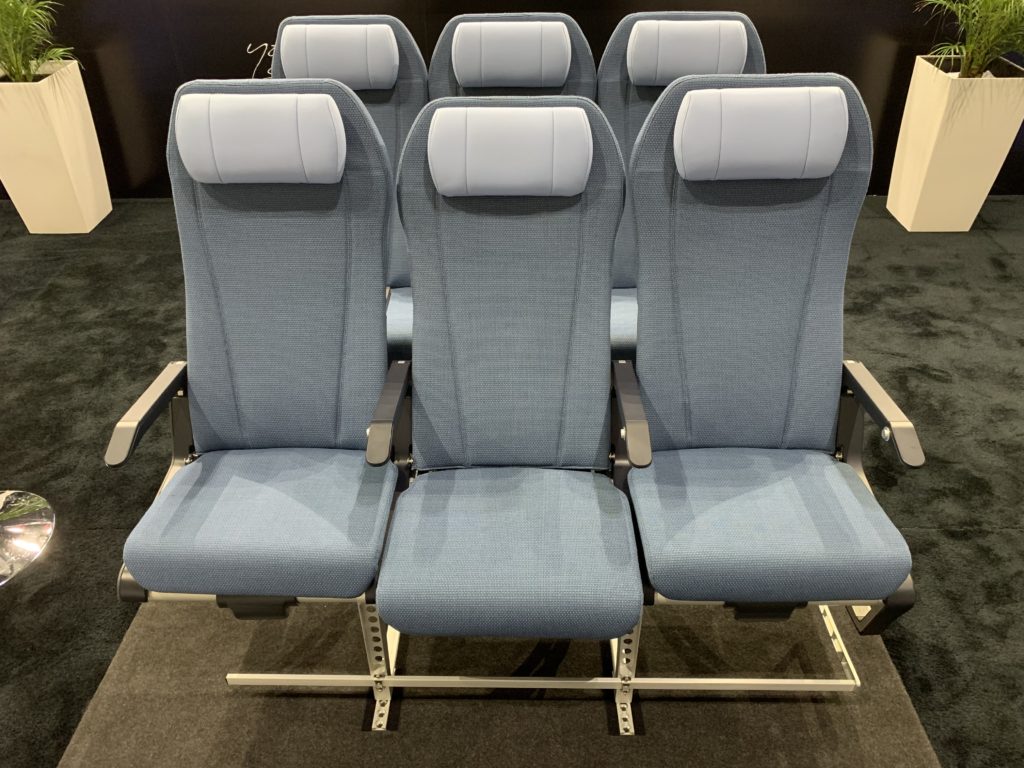 The recline is remarkably invisible from every perspective but when seated. Image: John Walton

Quadra, Tonucci says, “doesn’t intrude on the space behind, gives you a better 2-degrees more comfort than traditional seats, and everything is designed about the passenger experience: smooth moving, top-quality materials, carbon fibre — never structural, just aesthetic — and all the possible features that a premium economy has in the comfort side, in economy.”

The seat is offered in both economy and premium economy widths across all major airframes.

“Market-wise, we have our first customer, and it’s going to go linefit on the A321, hopefully it will be extended to the rest of the fleet, but I don’t think we need any more customers on this,” Tonucci muses. “This is a big volume, and it will represent the brand of the customers and will make a difference to the passengers selecting that airline.” 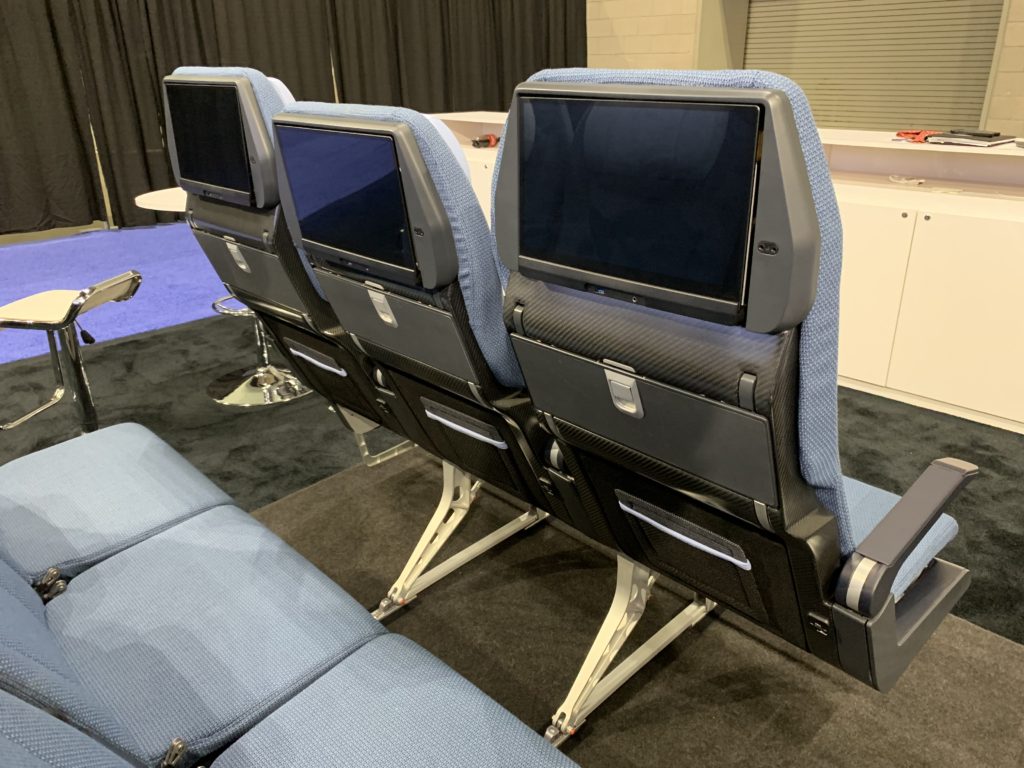 Industry longtimers will of course remember the most notable previous attempt at economy class fixed backrests, the B/E Aerospace Icon seat selected by Cathay Pacific some twelve years ago.

“The idea was fantastic,” Tonucci readily admits, “because the idea was exactly how we started: what can we give to the passenger? Space. The problem with that seat was [that it was] very primitive in compared to this. The headrest wouldn’t move, so the seat would go down but the headrest wouldn’t move. The passenger, the human being, doesn’t perceive recline unless the head moves a little backward and follows the rest of the body. It was just perception. The seat was great, but it wasn’t understood, and there were some elements of ergonomics that were not studied deeply enough. It was unfortunate, because they really tried to make the difference.”

Quadra, Tonucci confirms, will be linefit on the A321 as Qatar takes its first example.

“Airbus had to come over, study our business model, which is very different from all the other seat suppliers, like we don’t manufacture, we just assemble. We have an ecosystem of suppliers all around us,” he explains. “Airbus came in, loved the way we worked, and we were not ready for such enthusiasm from the OEM. They liked it, and so they’re fine with us being linefit from aircraft number one.”

In the wider context of prior seatmaker consolidation, not only is Optimares’ innovation smart, its selection by a major airline customer known to be highly selective, as well as linefit approval by one of the two principal airframers, will be very welcome to an industry frequently searching for new seating options. 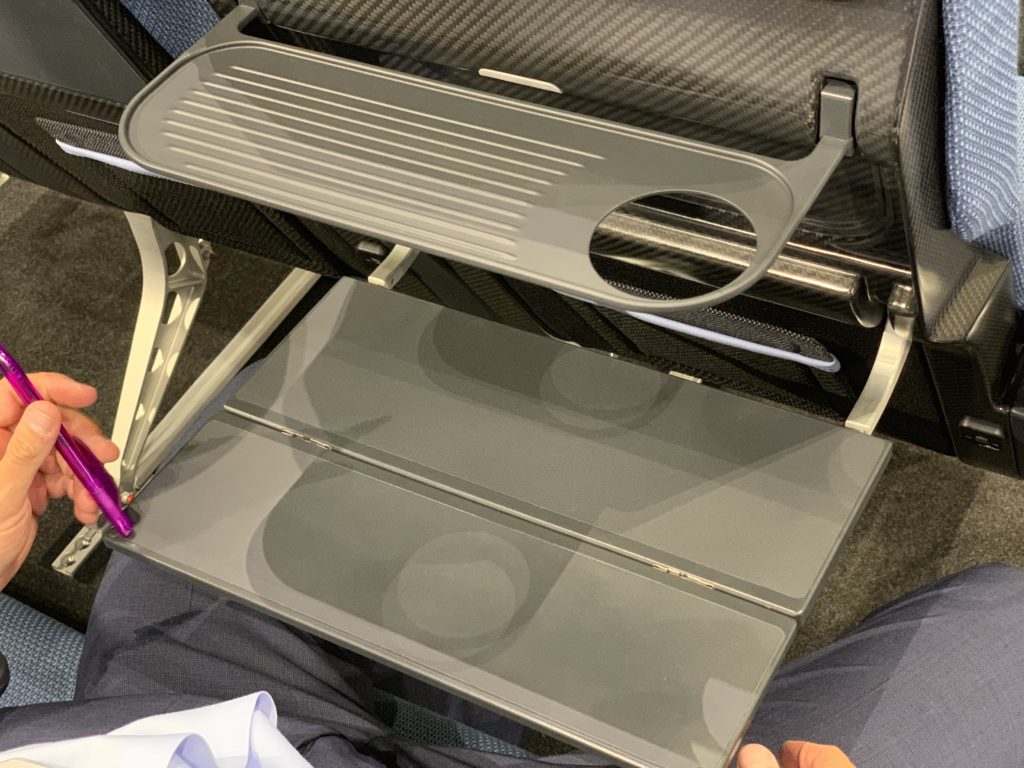