How wide is your airline seat? The answer to that question depends on another question: what are you measuring?

It’s an important question, because the difference can be as much as two full inches — the difference between an ultra-narrow, high-density seat on a nine-abreast A330 operated by AirAsia X, Air Transat or Cebu Pacific and the most spacious economy seats around on an eight-abreast 787 or 10-abreast A380.

The crux of the issue — explosively flagged at the Aircraft Interiors Expo in Hamburg by both Airbus (in its 3-5-3 Airbus A380) and all-Boeing operator Southwest Airlines (with its new post-Evolve seat) is that seatmakers, airlines and airframers use one of three different measurements of seat width depending on what point they’re attempting to make. Here’s an illustration: 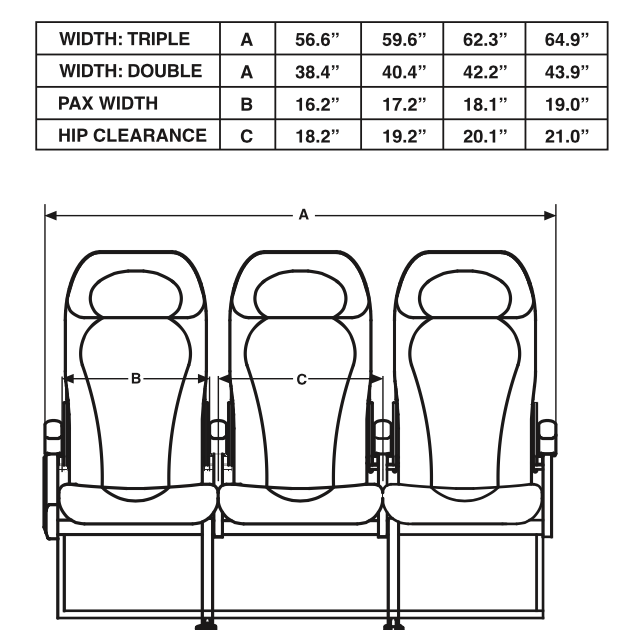 Which of B or C is the width of a seat? When it comes to measuring larger passengers, most airlines will take B, the “inside the armrests measurement” (and decide whether you need to buy a second seat based on, among other factors, whether you can put the armrest down).

But are they actually quoting C – the “half an armrest either side” option – on their websites and press releases? Or, even more questionably, are they measuring a notional specification D, double-counting each armrest? Discounting D as a blatant cheat, we’re left with two options.

The B measurement would seem to be the most reasonable. After all, only the skinniest passenger with a mere modicum of body fat doesn’t experience a little bit of hip spread when seated, and the width of an armrest is a reasonable amount of leeway.

The problem with using measurement B on its own, however, is that it incentivizes airlines to narrow the armrest. Compare a seat from a 747 or an A320 from 20 or 30 years ago and after you stop goggling at the pneumatic headphone jack, you’ll note that the newer armrests are less bulky overall — and notably narrower. B also doesn’t measure the seat pan, which is either a plus or a minus depending on whether you’re an advocate for more actual room or better looking statistics.

So, how about measurement C? In C’s favour, it exactly splits up measurement A, the block of three seats that’s a typical comparator between seatmakers on a Boeing 737, Airbus A320 or as the three-block of a Boeing 777 or 787.

The problem with C is that it quite literally allows no wiggle room. If your thighs are as wide as C, you’re brushing up against that person next to you. Your level of comfort with that might well differ if it’s a 45-minute hop up the coast or a 14-hour ultra-longhaul flight between continents.

During my time as Director of Data at Routehappy, when we collated, categorised and ranked the world’s most detailed database of seat parameters, width was the perennial sticking point. We knew that, in a reverse Orwellian twist, wide seats were good, narrow seats bad, but the data were (and are) incredibly dirty: we didn’t know whether a source (however trustworthy) was measuring B, C, D or something entirely different.

“We have standards for pitch, but width is the new pitch and it’s the Wild West out there right now,” notes Routehappy data research manager – and fellow RGN contributor – Jason Rabinowitz.

The commercial aviation industry is at a turning point. Passengers aren’t getting smaller, and the 17-point-something inch measurement at shoulder level — which is, these days, the more generous C – is an extra small according to clothier Brooks Brothers’ sizing chart. To be blunt, how many people in 2015 wear an extra small?

It’s time to agree on one standard measurement for width. At the end of the day, it matters less whether the industry chooses B or C — but it’s time to choose, to state measurements clearly and openly, and to provide options (such as the Airbus 20-17-17 A320 seat, Acro’s 18-19-18 A320 product or a Eurobusiness-style middle seat free purchase option) so that airlines and their passengers can make informed, responsible decisions about the amount of space they need. 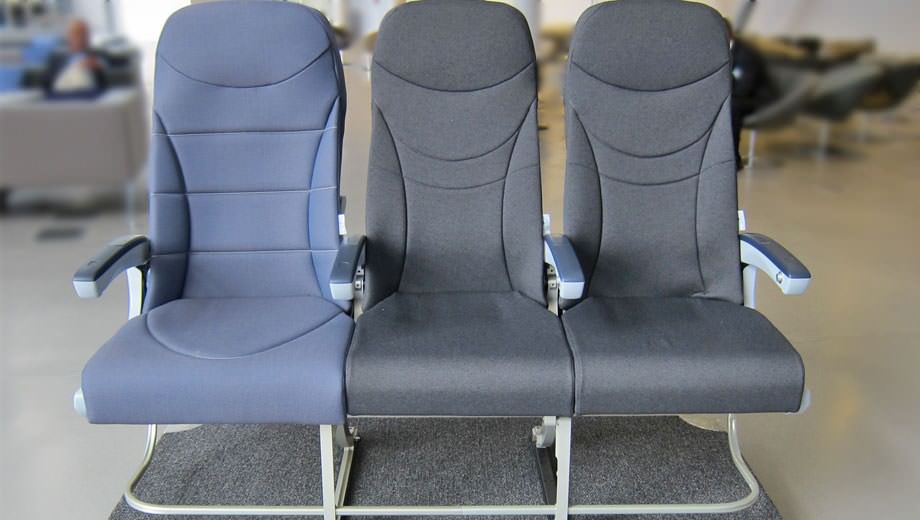