One of the ongoing critiques of the inflight entertainment industry is the slow speed at which the burgeoning advances in consumer technology is adopted into the highly regulated aircraft environment. With a new jointly-led partnership called AERQ, Lufthansa Technik and Korean multinational technology conglomerate LG are looking to speed up that process, starting with new display technology throughout the aircraft.

Managing Director of the Hamburg-based AERQ partnership, Jan-Peter Gänse — also senior director passenger experience solutions at Lufthansa Systems — sat down with Runway Girl Network aboard this week’s Lufthansa Flying Lab flight, on which the partnership was demonstrating its technology.

AERQ all started with a conversation between executives at Lufthansa Technik and LG in early 2015. The idea, says Gänse, was to “put the wonderful tech from LG and the experience of Lufthansa Technik together, and build something that can bring the latest in consumer electronics, and really cool concepts around it, into the cabin so we can better digitize the entire aircraft.”

The first immediate application is the Welcome Board, a massive OLED screen attached to the cabin bulkhead at the boarding door. The thinness of OLED technology — just a few millimetres in depth — means that even a large screen is in the single-digits of kilograms in weight. 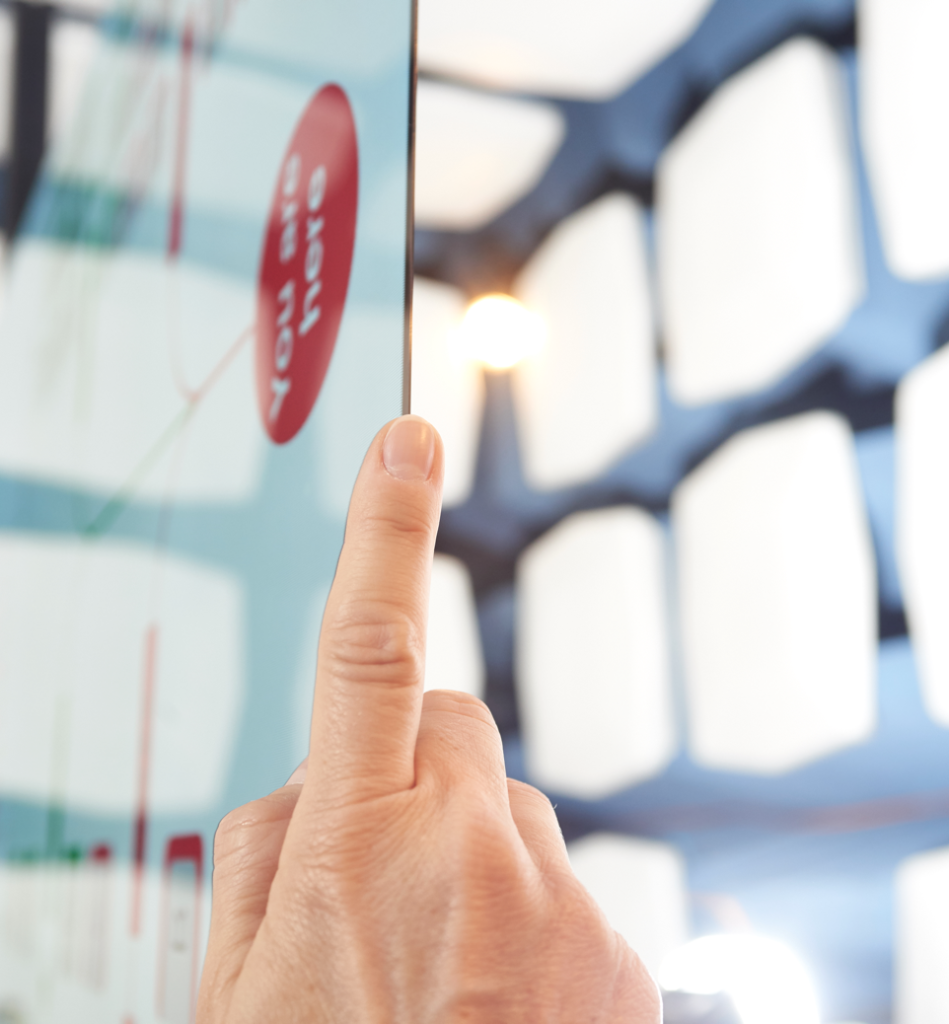 The thinness of OLED displays is a positive for cabin implementation. Image: AERQ

It’s impressive to see on boarding, but the actual utility for passengers, crew and airlines has yet to be demonstrated.

Displayed on this flight was some information about Los Angeles, weather, and slow-moving screen-saver-esque pictures, all of which were beautiful and eye-catching, but potentially not in and of themselves a hugely compelling use case. AERQ is still very much thinking about how to use this screen, and to a fair extent it feels like a solution in search of a problem. 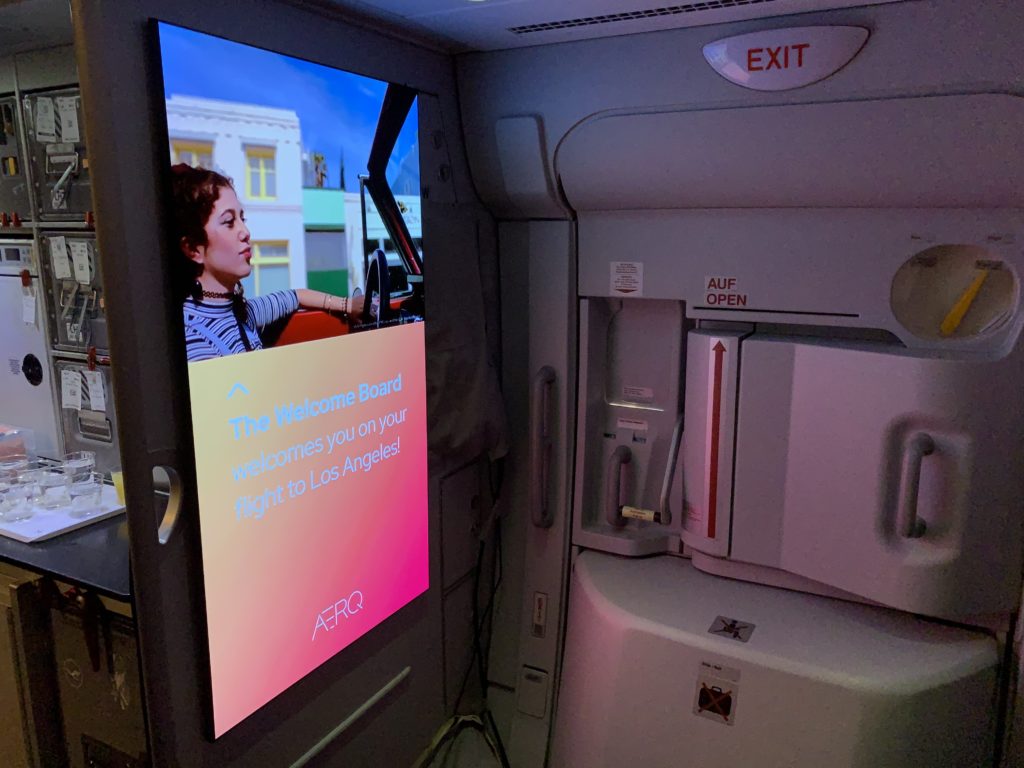 The crux is getting the mix of content right on large boards. Image: John Walton

While, for example, it may make sense to display directions to passengers’ seats on boarding, this is not the kind of dynamic information that requires anything more than a wall decal or an overhead Gobo light — and indeed providing an eye-catching feature at a point when airlines want passengers to move on as swiftly as possible is an interesting choice. But is it the best plan? 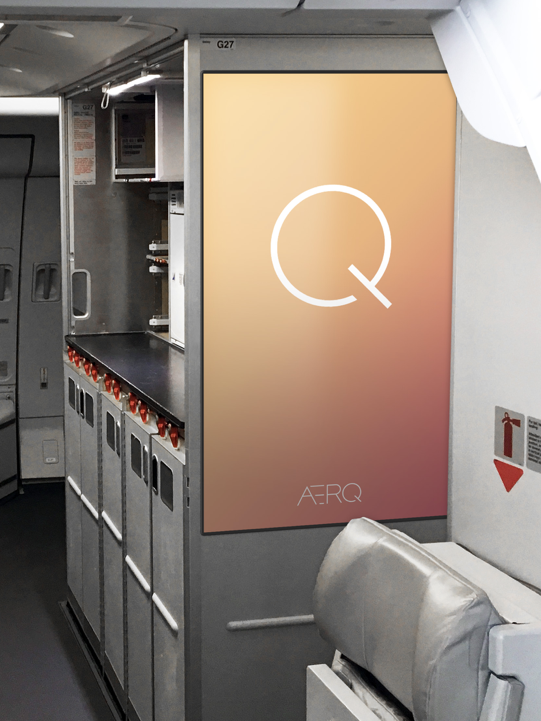 A key question is where large screens should be located. Image: AERQ

Partnership advertising is a strong possibility, as is airline brand reinforcement video, the moving map, and so on, and onboard bar-lounge areas may be a key implementation, but it feels like spaces need to be designed with these screens in mind rather than adding them post-hoc.

(Moreover, the US-mandated announcement that passengers not congregate in areas like the galley space in which the welcome board was positioned suggests that there are still many wrinkles to be ironed out.)

RGN asked AERQ’s Gänse about the immediately apparent question around certification of inflight entertainment systems for seatback use in the context of 16G certification testing, including the head injury criterion. “The key thing about OLED technology is that there’s less glass and more plastic,” Gänse explains. “It’s thinner, so you don’t have all the 16G scatter-and-break problems that you’d have with regular LCD glass screens.”

Future generations of OLED will be increasingly plastic-based rather than glass-based, and this will drive options in unusually shaped and certification-sensitive spaces.

So how far away are we from the screens-on-ceilings future? “The welcome board is going to be the first one we see,” Gänse says. “We’re kind of hoping for next year, but you never know, it might be the year after next, and gradually the other stuff will come after that.”