The 13th Crystal Cabin Awards (CCAs) were presented in Hamburg on Tuesday evening. The winners of the globally respected prize for cabin innovation and on- board products are Airbus, United Airlines, Air New Zealand, Recaro, Paperclip Design, TU Delft and twice Collins Aerospace.

Winners received the snow-white trophies in the trading floor hall of the Chamber of Commerce at a function attended by the Governing Mayor, Dr Peter Tschentscher, and other famous guests including Sir Tim Clark, President of Emirates, and the model and actress Toni Garrn. The Crystal Cabin Awards are presented each year as part of the leading global trade fair, “Aircraft Interiors Expo”. The award, initiated by Hamburg Aviation, set another new record for submissions this year, with more than 100 entries from 22 countries.

Guests of honour at the Crystal Cabin Award ceremony were Hamburg’s Governing Mayor, Dr Peter Tschentscher, along with the Federal German Government’s Coordinator of Aerospace Policy, Thomas Jarzombek. A panel discussion at the event, made up of Sir Tim Clark, President and CEO of Emirates Airline, Juha Jarvinen, Executive Vice President Commercial at Virgin Atlantic, and model and frequent flyer Toni Garrn, talked about future passenger comfort. Garrn, born in Hamburg, is joint founder of the local start-up jetlite, a company focused on lighting scenarios for reducing jetlag on long-haul flights.

“With Airbus, Lufthansa Technik and Hamburg Airport as well as many suppliers and research facilities, Hamburg is one of the largest and most important locations for civil aviation worldwide. The idea for the Crystal Cabin Award was born 13 years ago in our city. The competition honours intelligent and forward-looking innovation in cabin interiors and thus promotes comfort and technological progress in aviation,” says Hamburg’s First Mayor Dr. Peter Tschentscher.

The innovations honoured with Crystal Cabin Award trophies on the evening give an insight into how aircraft cabins could soon be equipped. The fact that some ideas go well beyond the classical passenger zone is demonstrated by the winner in the “Cabin Concepts” category: Winning the day with its “Lower Deck Pax Experience” modules, Airbus created flexible compartments for the area of airliners conventionally used for cargo. In no time at all, beds, lounges and play areas can be created where, until now, suitcases have been stored. Polly Magraw, Even Director of Reed Exhibitions, organiser of the Aircraft Interiors Expo, presented the coveted trophy. 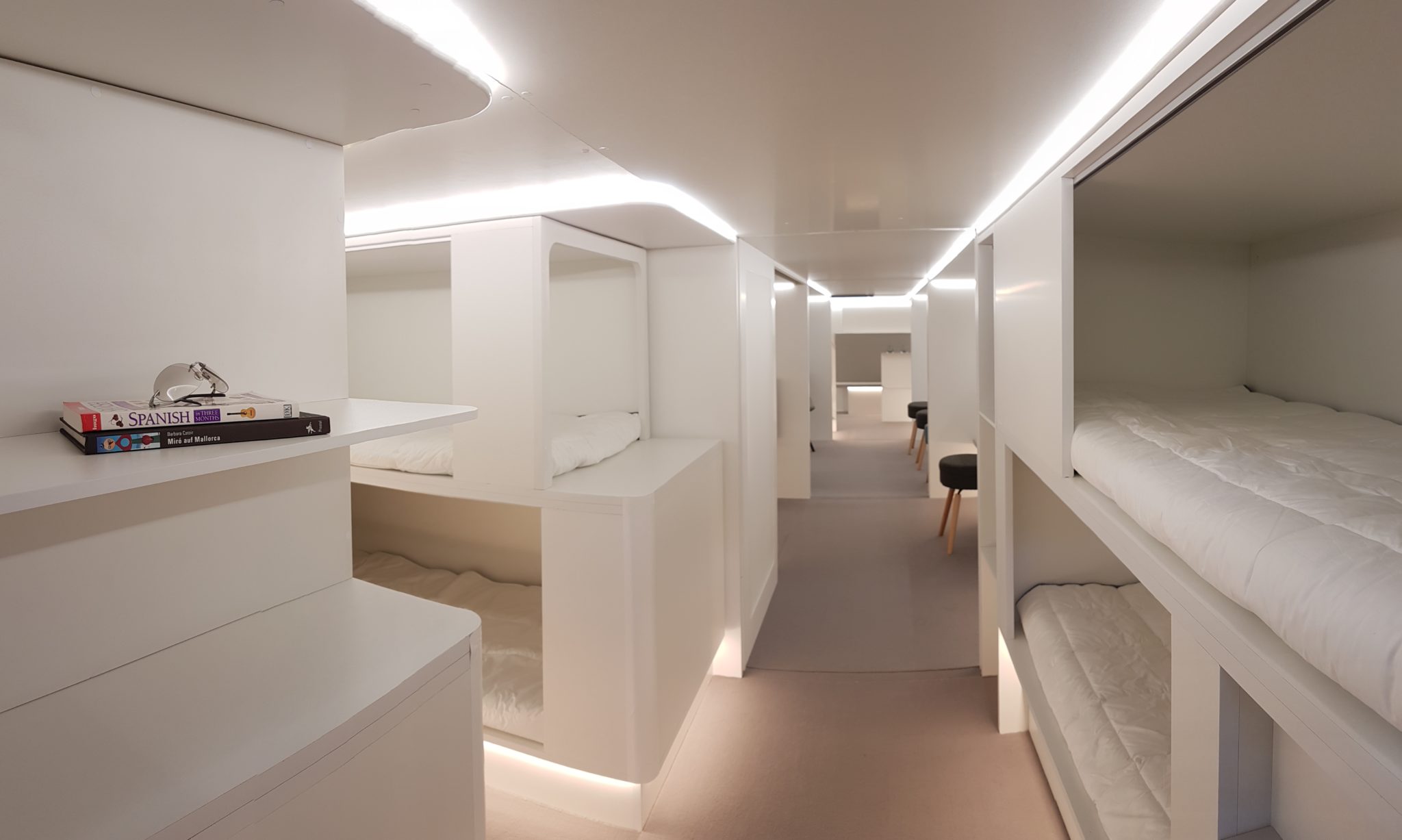 It was time to relax then with the winners of the “Passenger Comfort Hardware” category. German seat manufacturer RECARO prevailed with a long-haul seat that makes Economy Class travel more pleasant thanks to neck support and adjustable cushioning for the seat and backrest. Aviation Consultant and jury member Peter Hardie summoned the winners from their own seats to collect their trophy. 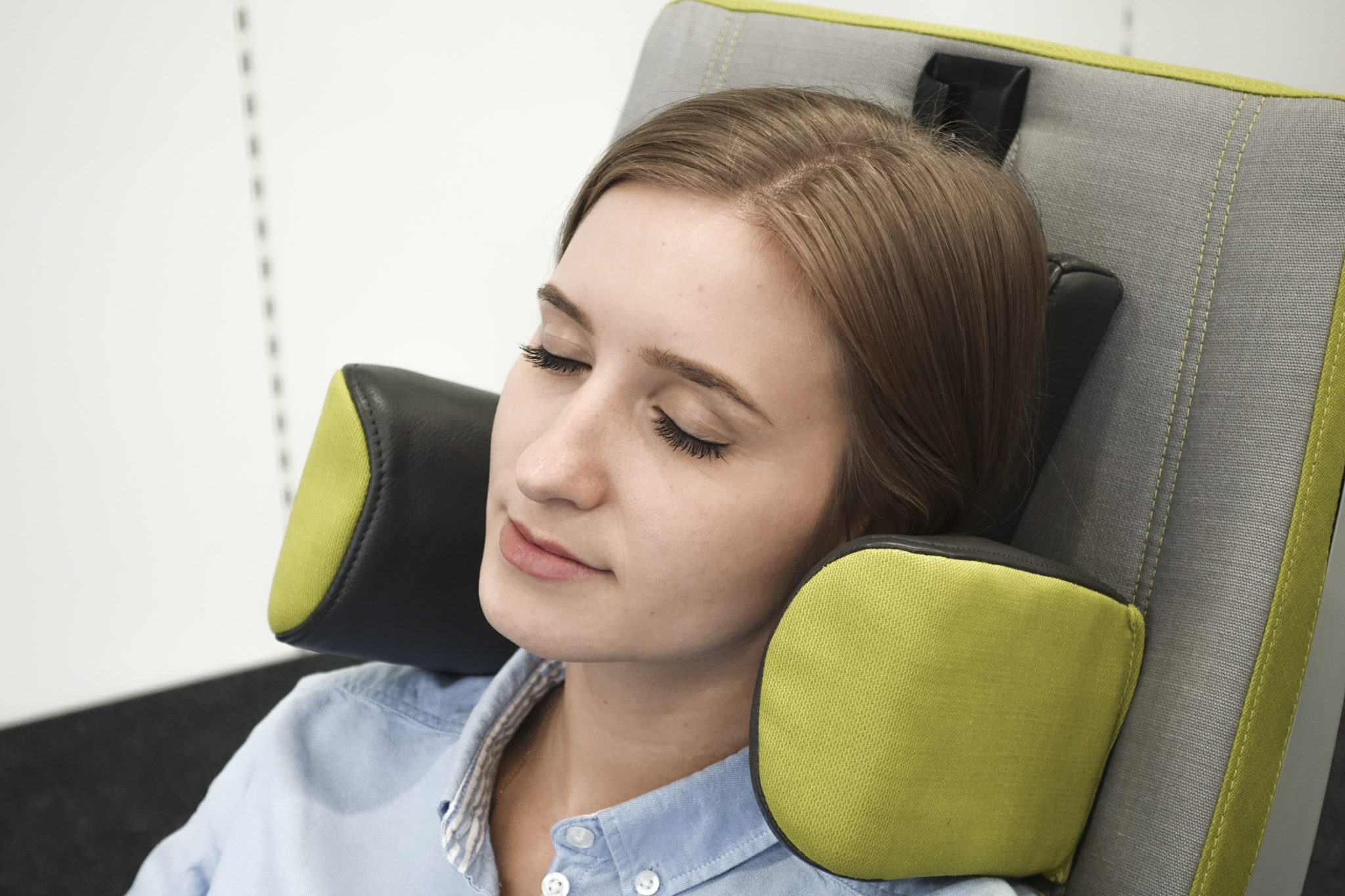 The focus then turned to efficiency, with Collins Aerospace leading the way in the “Cabin Systems” category, showing how to best exploit unused space for passenger service. The “Flex Duet” kiosk can simply be folded out in front of the aircraft door during cruising flight. Ian Harbison, Editor-in-Chief of the Aircraft Cabin Management industry magazine, announced the winning team. 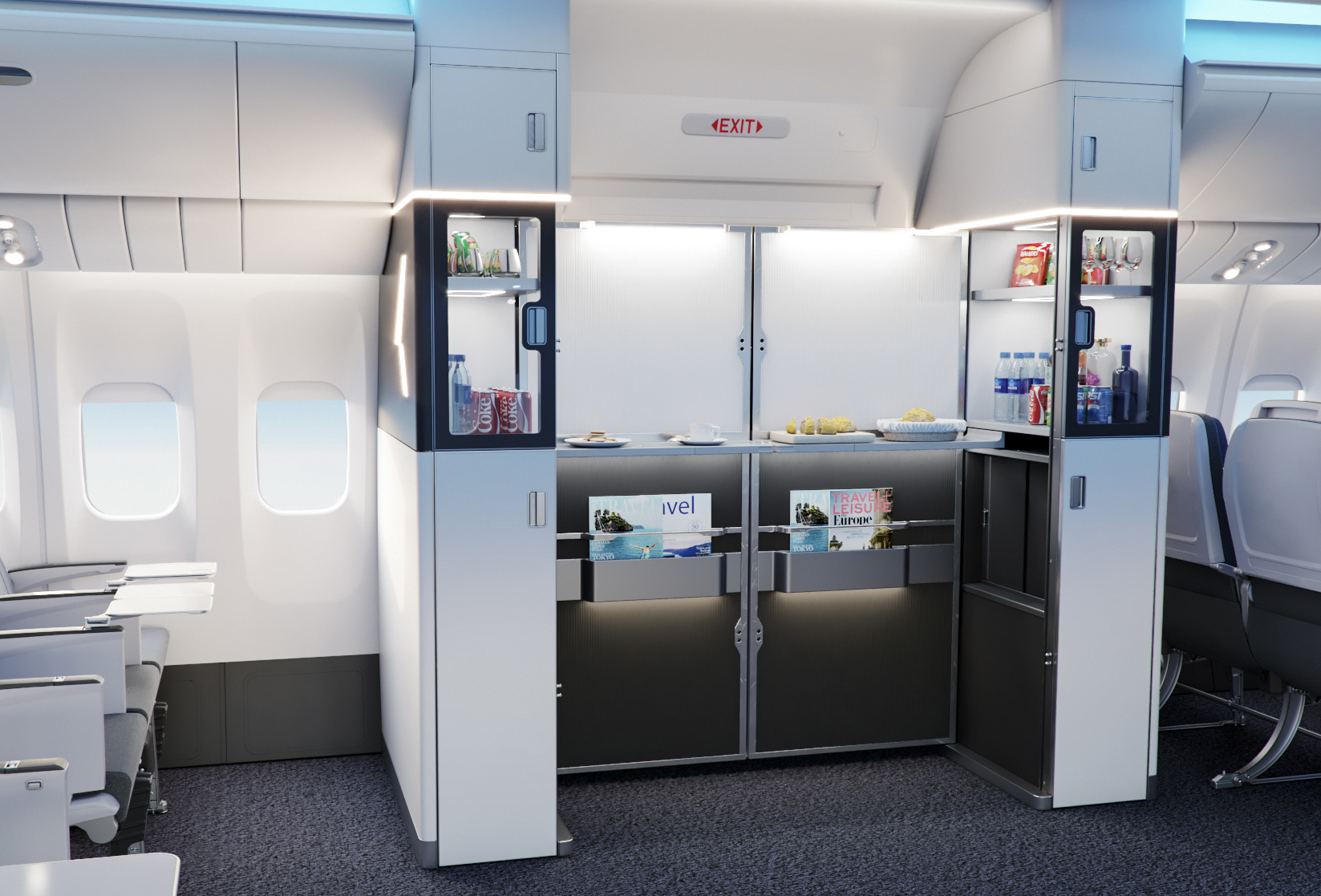 Thomas Jarzombek, German Federal Government Coordinator for Aerospace Policy, presented the trophy for the “Greener Cabin, Health, Safety and Environment” category to Air New Zealand. The airline’s “Skycouch” has been on the market for some years already, allowing a complete Economy seating row to be transformed into a bed surface. Special safety belts in the winning concept now mean that even babies and infants can lie safely on the folding bed. 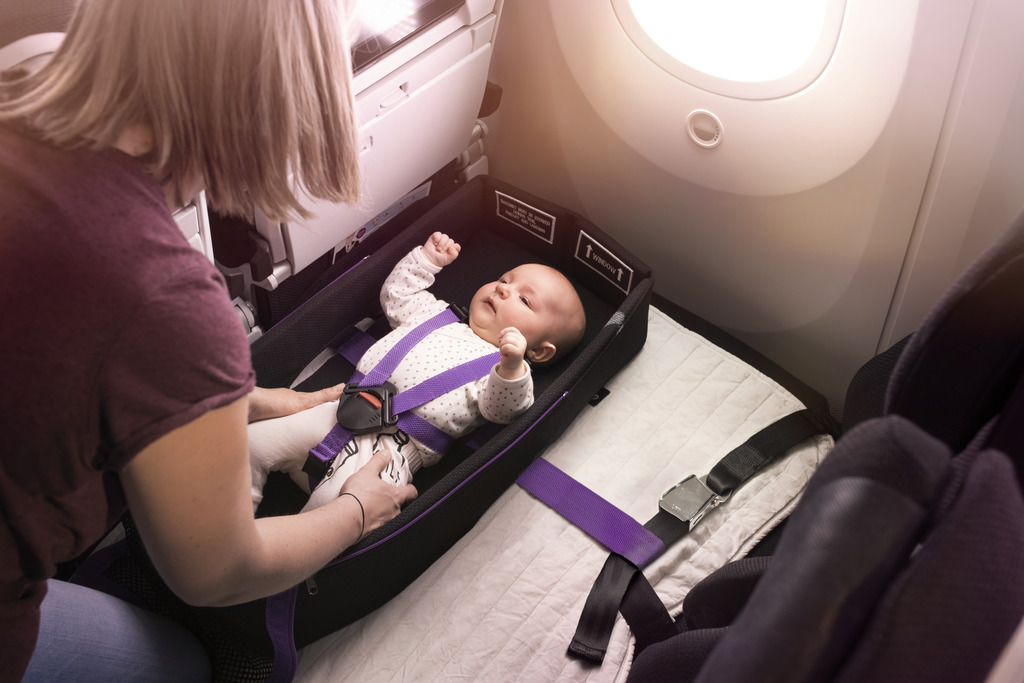 “In-flight Entertainment and Connectivity” is a major growth area at the Aircraft Interiors Expo. In-flight entertainment systems are increasingly adapting to passenger usage patterns. But what if a passenger is visually impaired or has restricted movement? United Airlines provided the jury with a persuasive argument, “Entertainment for All”. Larger displays and voice recognition make the in-flight entertainment system accessible. Jury member Mary Kirby, founder and Editor-in- Chief of the Runway Girl Network aviation news site, called the winner to the stage to receive the trophy. 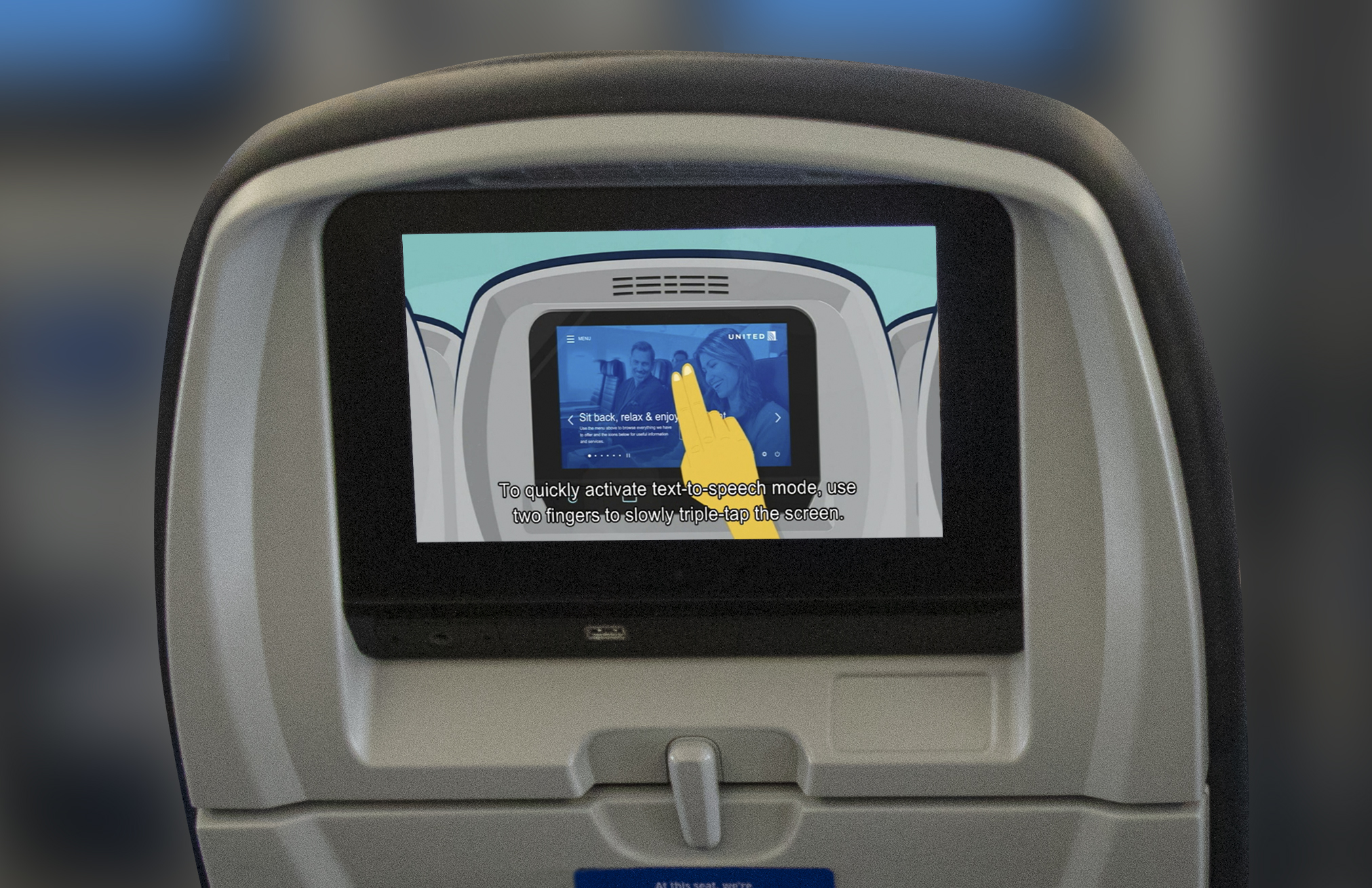 Let there be light: the “uLED Reading Light” from multiple prize winner Collins Aerospace took the honours in the “Material & Components” category. It can project almost any shape of light beam imaginable, providing targeted light for reading at several seats at the same time. Carl Fruth, CEO of FIT AG, presented the trophy — manufactured by his company using 3D printing. 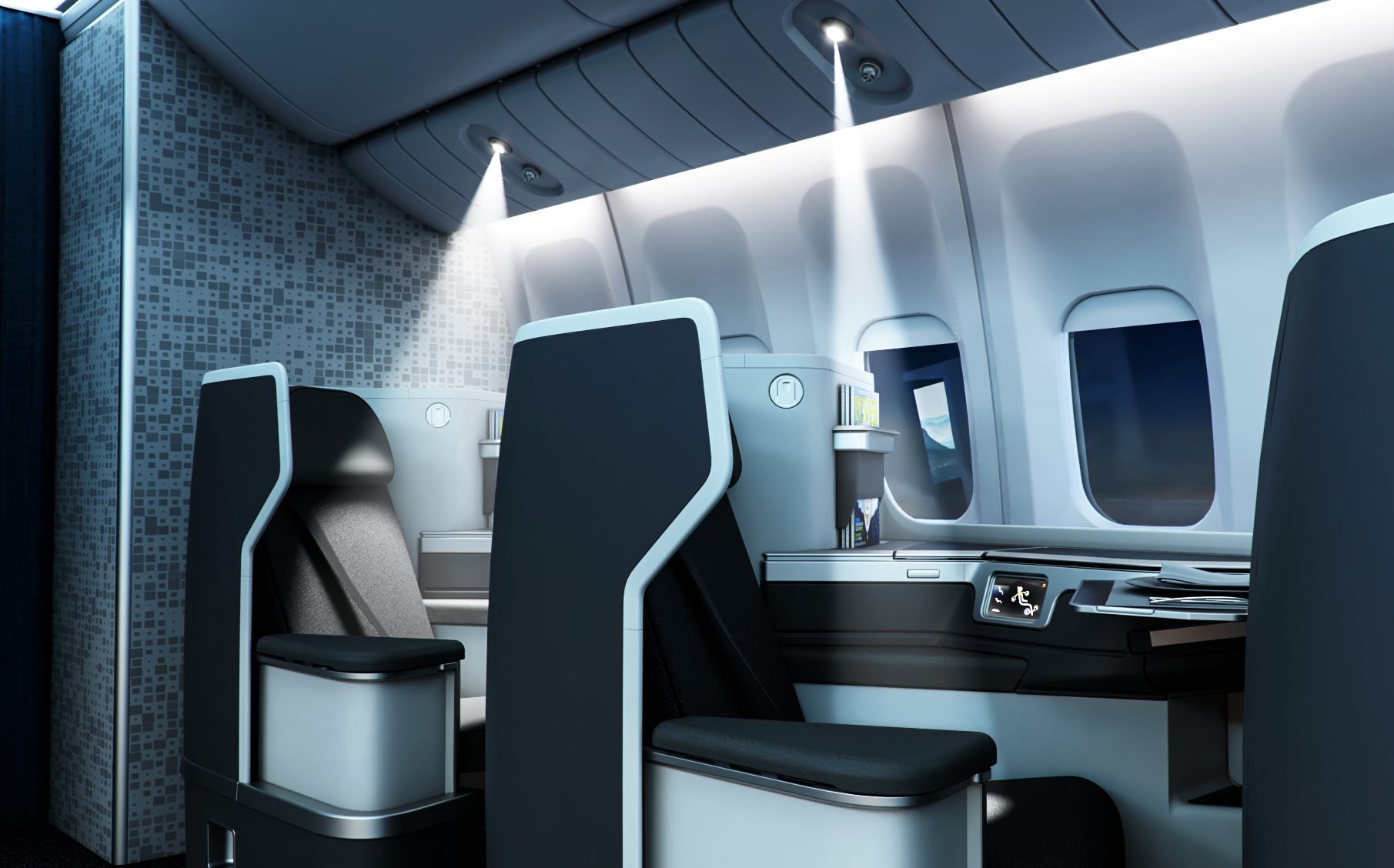 Finalists in the “University” category for this year’s Crystal Cabin Awards came from all over the world. Submissions came from students as far afield as South Korea, the USA and the Netherlands. Sahngseok Lee from Hongik University in Korea, for example, took the prize with the “1 For All” concept, designed in collaboration with seating manufacturer Adient. Various seating classes are nested together in a tetris-like arrangement and connected by stairs, resulting in the best possible use of space. Jury member Fernando Ponzo de Siqueia, Senior Manager Interiors Engineering with the Brazilian aircraft manufacturer Embraer, crowned the next generation of talent. 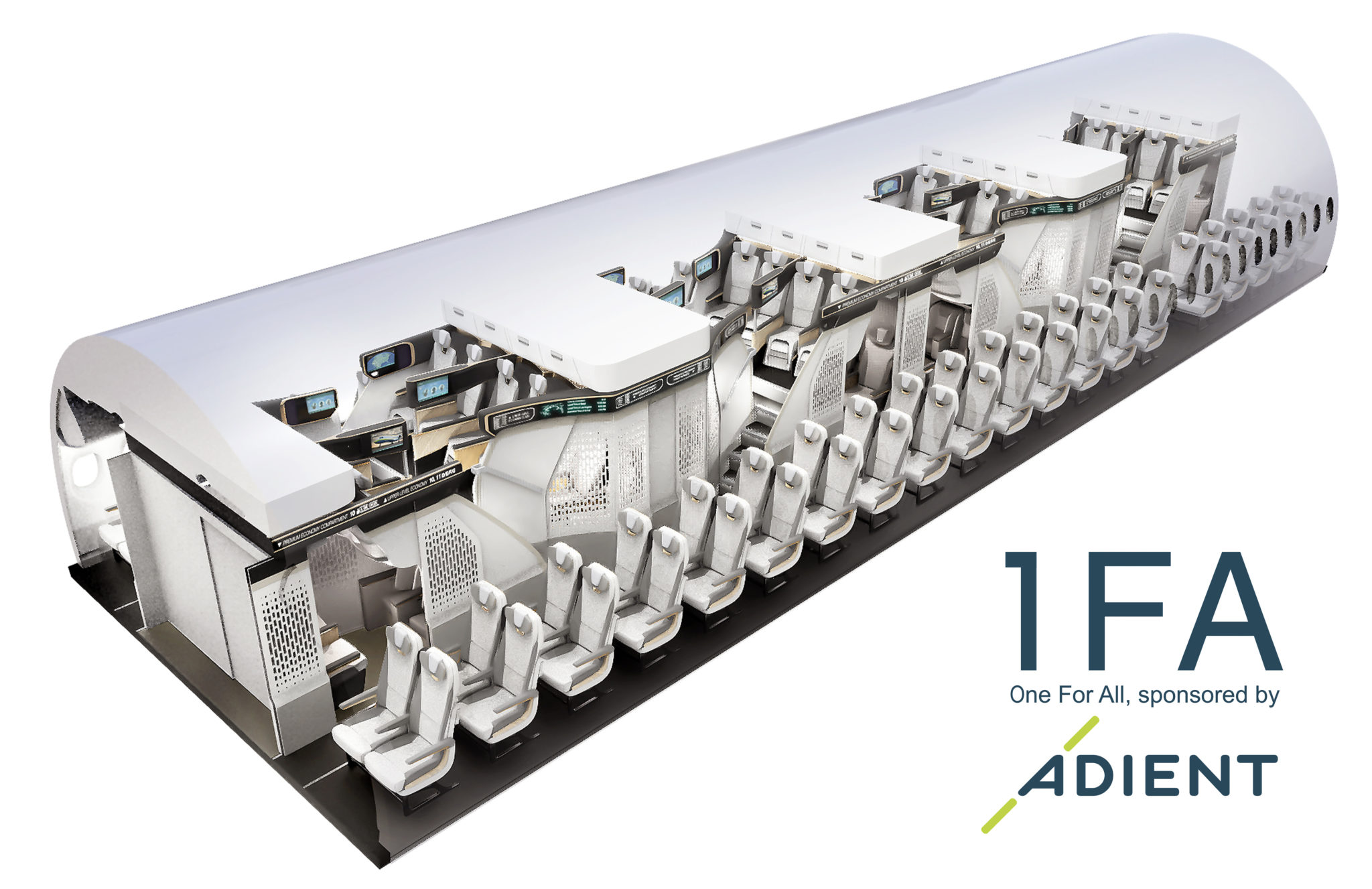 The “Visionary Concepts” category, presented by Professor Peter Vink from Delft University of Technology (TU Delft), also looked to the future. The futuristic concept from winner Paperclip Design is simultaneously flexible and luxurious. The company’s “Peacock Suites” promise a variable configuration of First Class cabins as required, from family compartments with a bunk bed to a three-room luxury suite. 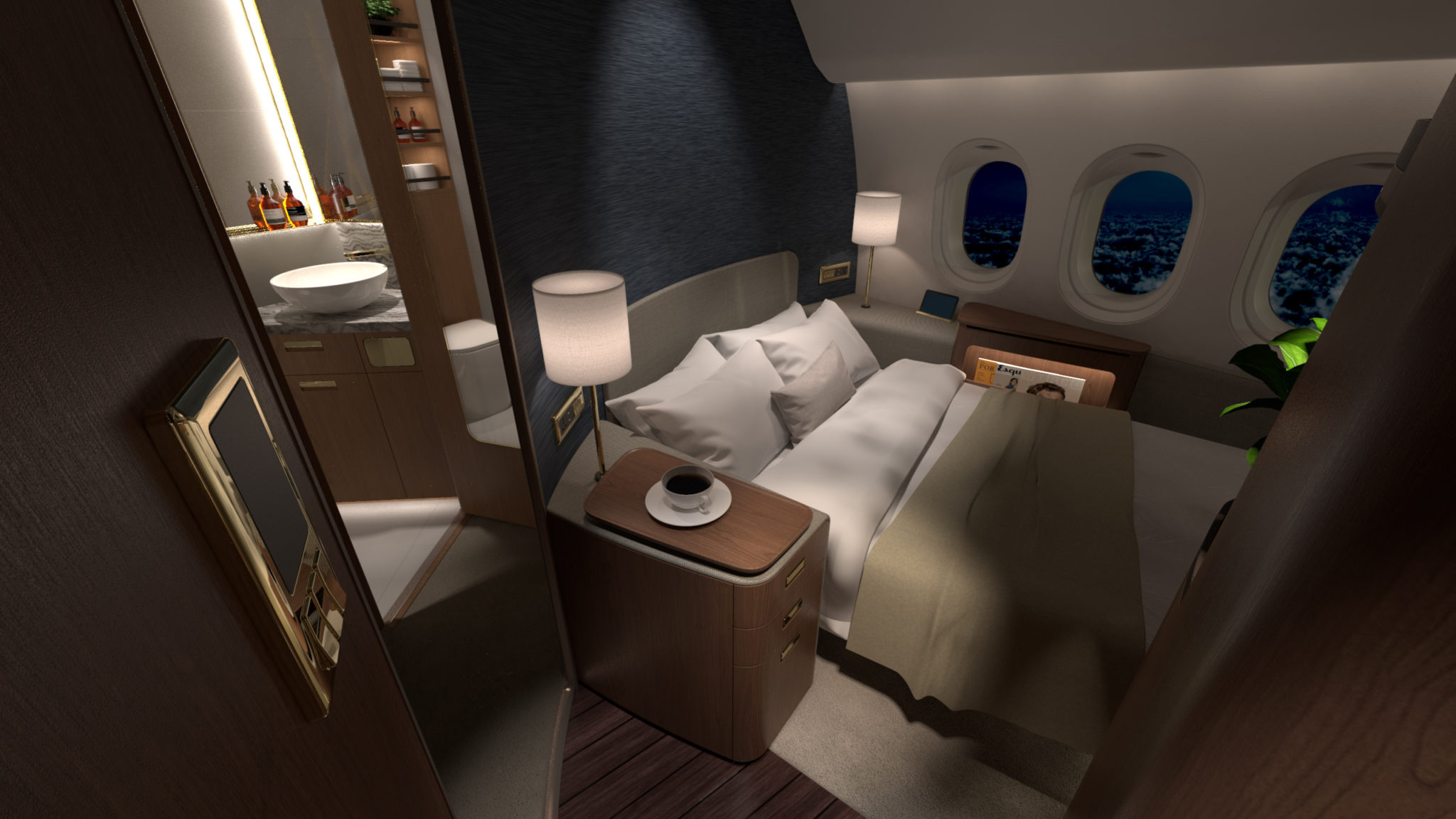 All the winners will present their concepts one more time for visitors to the Aircraft Interiors Expo in the Cabin Space LIVE Auditorium, near the official Crystal Cabin Award Gallery on the first floor in Hall B4, at 2:30 p.m. on Wednesday, 3 April. Information on all finalists will be available there throughout the entire Expo. This year, for the first time, trade fair visitors can also take part in a popular vote.

You too can join the list of sponsors and supporters of the Crystal Cabin Award. Information on sponsoring opportunities and packages is available from Carmen Krause: carmen.krause@crystal-cabin-award.com

The winners will present their concepts at the Aircraft Interiors Expo in the Cabin Space LIVE Auditorium, near the official Crystal Cabin Award Gallery on the first floor in Hall B4, at 2:30 p.m. on Wednesday, 3 April.

About the Crystal Cabin Award The Crystal Cabin Award is THE international prize for innovation in the aircraft cabin. A high-calibre jury made up of renowned academics, engineers, specialist journalists and airline and aircraft manufacturer representatives comes together under the slogan “Let your ideas take off” to honour extraordinary cabin concepts and products. The competition was launched by Hamburg Aviation and is organised by the Crystal Cabin Award Association. This unique honour has been presented at the Aircraft Interiors Expo in Hamburg every year since 2007. The trophies have become a seal of quality, known and coveted around the world.