Since last year and a positive reception in the market — notably in winning the Cabin Concepts category at the Crystal Cabin Awards this year at the Aircraft Interiors Expo — Airbus and Safran have made substantial progress in turning their Lower Deck Pax Experience modules concept into a marketable, certifiable and production-ready reality by the deadline of 2021.

Julie Imbert, marketing and customer experience officer for galleys and lower deck solutions at Safran, tells Runway Girl Network that the focus has been “everything related to certification, safety, et cetera. We worked together with Airbus and the EASA authorities to see what could be the main showstoppers on our concept. So far we have identified none, so that’s good news.” 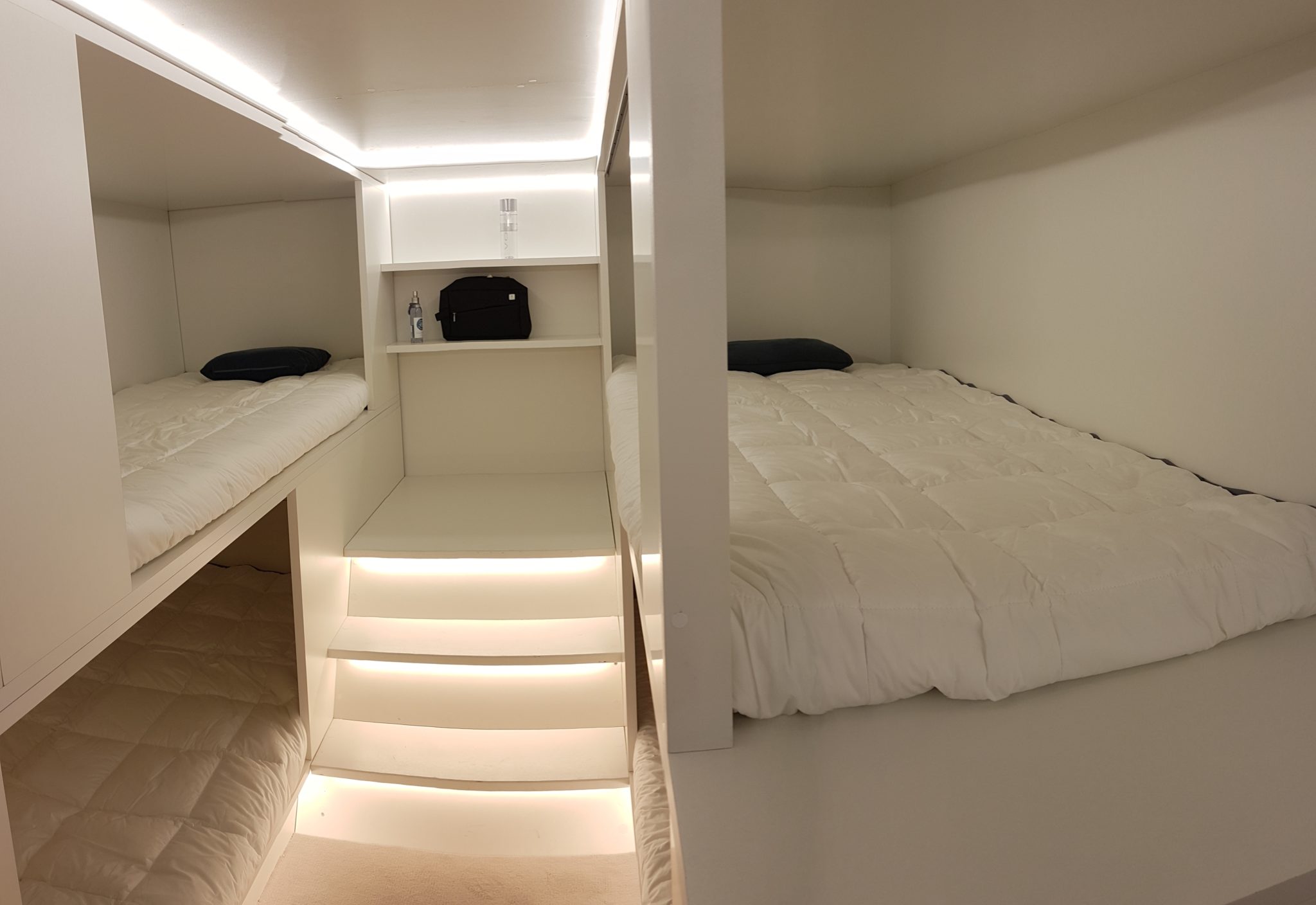 How much passengers will pay for a bed is also in the scope of Safran’s work. Image: Airbus-Safran

In particular, Imbert says, “together with Airbus and EASA we are working on identifying the changes in terms of design we need to bring to the concept to be able to make it safe for different types of users, to passengers. What we expect is that it will behave mostly like on the main deck. We don’t see why there would be any major differences: for example, to have a seatbelt like on your seat in case of turbulence, to have emergency escape paths. This is also how we treat the crew rests anyway.” 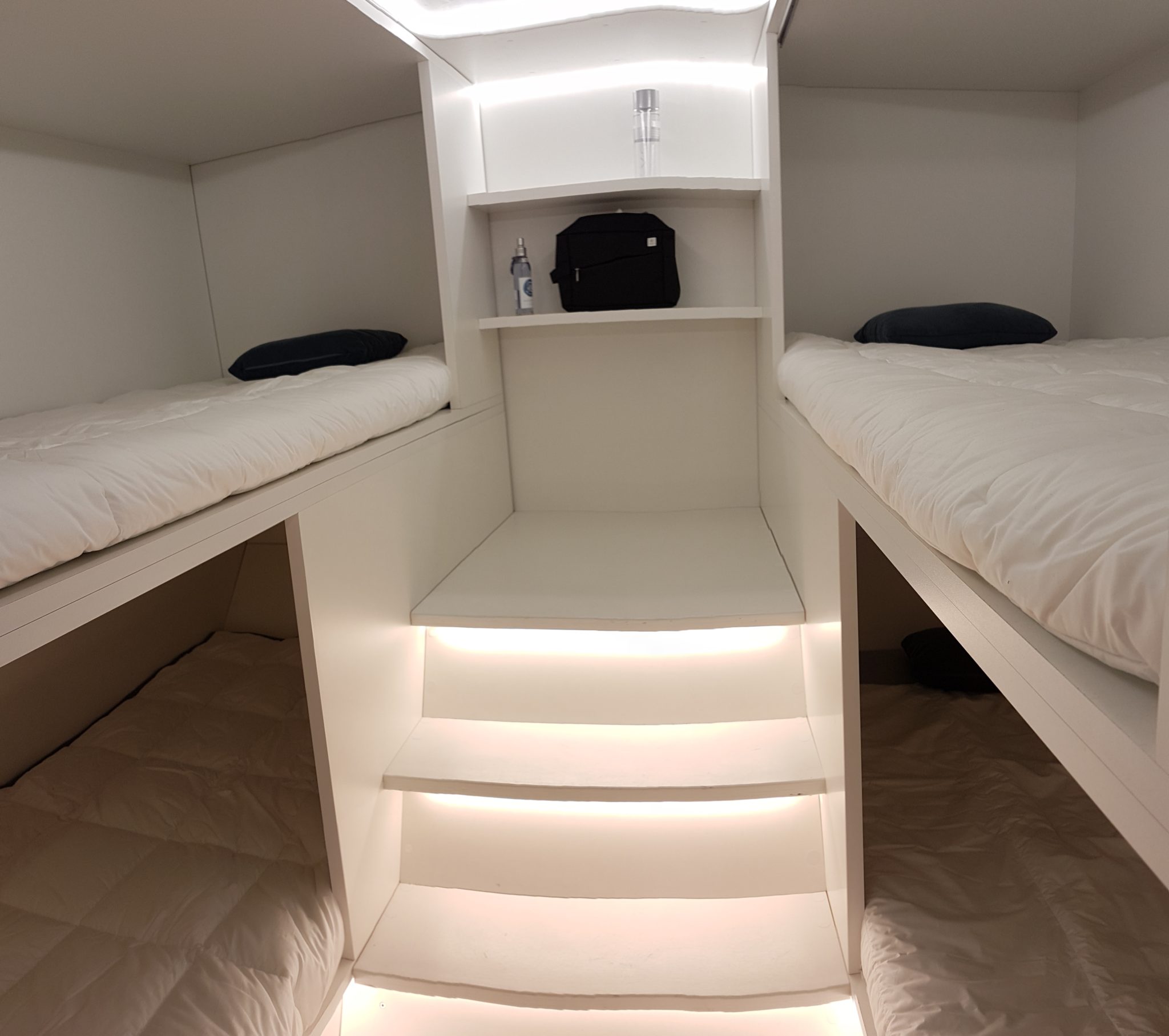 Moving from a concept to a reality requires much work. Image: Airbus-Safran

There is of course a difference between creating spaces from crew rests and for passenger use, even by a limited subset of travellers, but Safran will be leaning on the work it has previously done for crew rests aboard Airbus widebodies.

“In terms of certification, we will have to certify it again because it’s not a crew rest, but so far what we have identified is very similar to what we have been working with at the moment with the crew rest,” Imbert tells RGN. “The crew rest especially is giving us a lot of learning for the beds, everything related to fire containment, airflow, et cetera. We’re learning a lot from this experience already and we know what’s working. The crew rest has been flying for twenty-five years already. What we are doing at the moment is mainly: how do we scale up? What’s working in the crew rest is one module, and now we want to have two to four modules. How do we design slightly differently to make that work?” 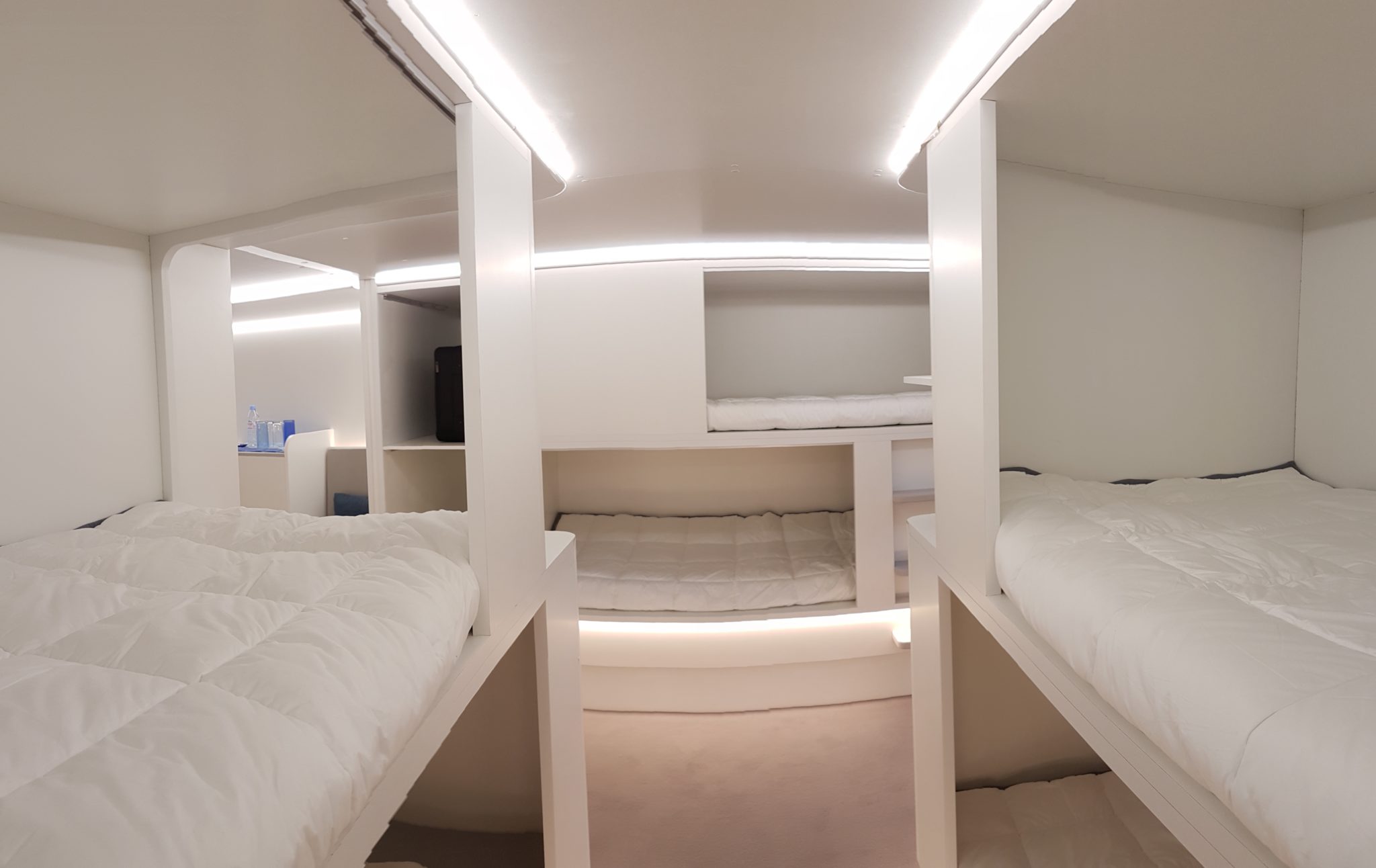 Designing crew spaces and passenger spaces differently can be a challenge. Image: Airbus-Safran

At present the focus is on user research survey methodologies, but Safran is ready to start testing with real humans on its prototypes, which it expects to begin in the coming months. Initial areas of testing will include usability and ergonomics in the design and overall transition between upstairs seat and downstairs bed.

Safran is also working hard on avoiding the need for a flight attendant to be stationed in the downstairs area, Imbert says. “This is something we’re discussing with the authorities. It’s not extremely defined yet, how we’re going to propose it, but to avoid having a crew presence at all times we are looking into smart surveillance. That’s something we’re doing together with Airbus as well.”

With recent farragos over the privacy implications of seatback inflight entertainment cameras, Imbert is quick to note that “the way we’re looking at it is really through artificial intelligence to avoid having too much intrusion in people’s privacy, and to really make it a device to support the crew in their work, not filming you at any moment or having a camera in the bed. We’re trying to find ways to make it smart.”

Safran has also undertaken a significant amount of willingness to pay methodology, and has determined that, starting at a six-hour flight, economy class passengers would be content to pay an additional 200€ to use the bunk.

For longer-haul flights starting at around nine hours, Safran’s willingness to pay surveys suggest a price starting at some 600€.

Imbert highlighted, however, that Safran’s role is not to price the benefit for airlines, and indeed there are questions as to how increasingly segmented cabins with extra-legroom economy and premium economy seats in particular — the latter often quoted as the most profitable real estate on a widebody aircraft — might cannibalize or be cannibalized by the lower deck bed option.

Imbert says that Safran was interested to note strong demand from passengers to be able to access inflight connectivity from their lower deck beds. “We also saw that people are expecting connectivity everywhere, even when they are sleeping. It’s not really a surprise of course, we know what world we’re living in, but maybe we have to look again at some things” like wireless access points.

With the 2021 project deadline looming, ensuring that the product is developed, installable and robust will be a challenge — as, indeed, will finding airline customers. 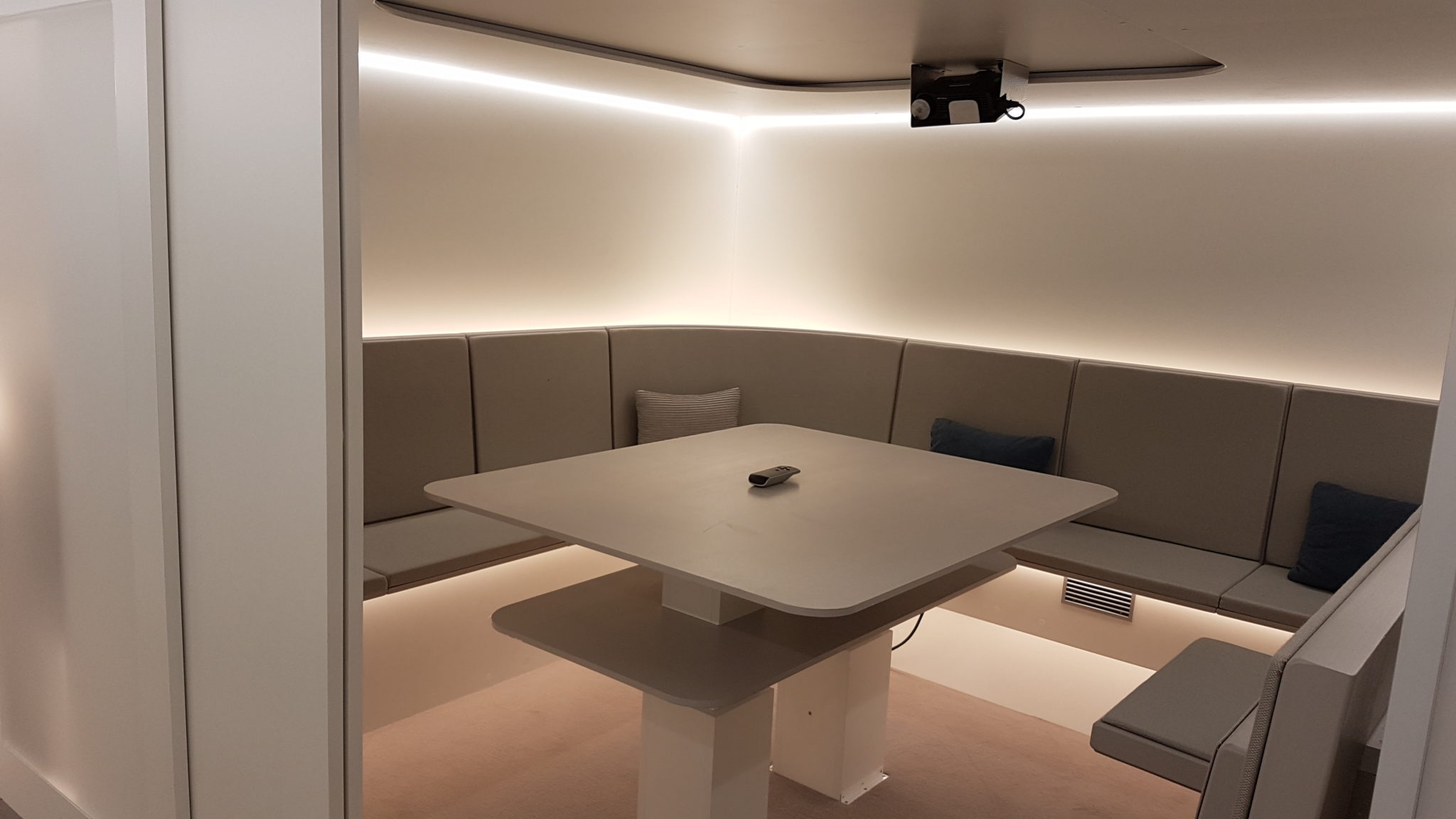 A lounge space could also be included. Image: Airbus-Safran