With the cancellation of the last 39 Airbus A380 orders from Emirates, and following a series of trickled-out final cancellations from other airlines, Airbus will deliver the final superjumbo in 2021 and end production. The decision comes in the context for Emirates of “a review of its operations, and in light of developments in aircraft and engine technologies”, Airbus said this morning.

“As a result of this decision we have no substantial A380 backlog and hence no basis to sustain production, despite all our sales efforts with other airlines in recent years. This leads to the end of A380 deliveries in 2021,” said Airbus’ outgoing chief executive officer Tom Enders, axing the programme at the end of his tenure and allowing incoming CEO Guillaume Faury to start on an optimistic note.

“The A380 is Emirates’ flagship and has contributed to the airline’s success for more than ten years. As much as we regret the airline’s position, selecting the A330neo and A350 for its future growth is a great endorsement of our very competitive widebody aircraft family,” said Faury, who is currently president of Airbus Commercial Aircraft. 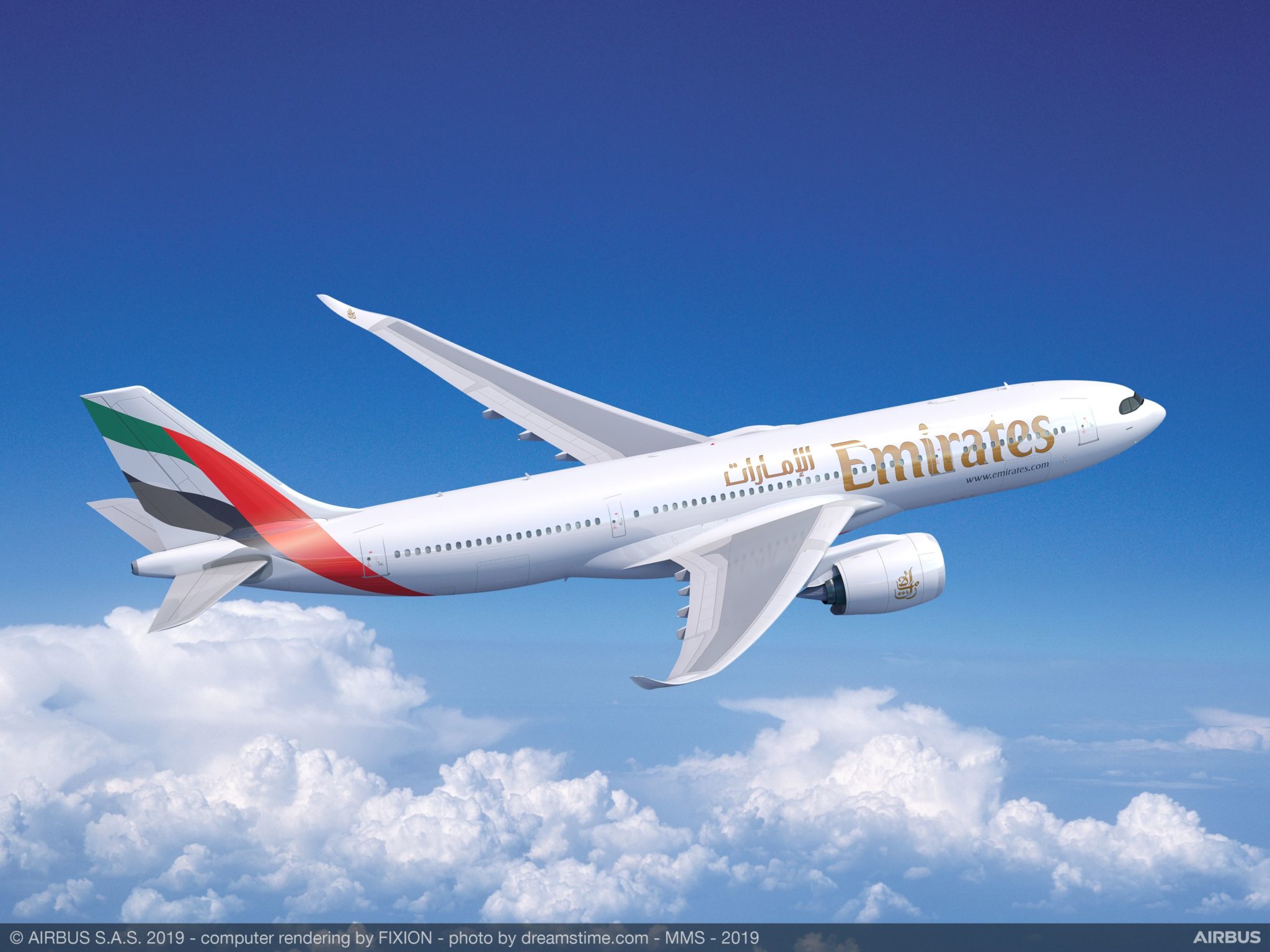 Emirates will return to operating the A330 in the form of the -900neo. Image: Airbus

As part of the negotiation with Airbus, Emirates is to replace its A380 orders with 40 A330-900neo re-engined twinjets and 30 A350-900 composite twinjets, underlining the evolution of the aviation industry away from four-engined aircraft towards smaller, lighter jets.

“The A330neos will be deployed on Emirates’ regional destinations, and also enable the airline to serve smaller airports and thereby open new routes and connectivity for its global network,” said the airline today. “The A350s will supplement Emirates’ long-haul operations, providing the carrier with added flexibility in terms of capacity deployment on 8 to 12 hour missions from its Dubai hub.” 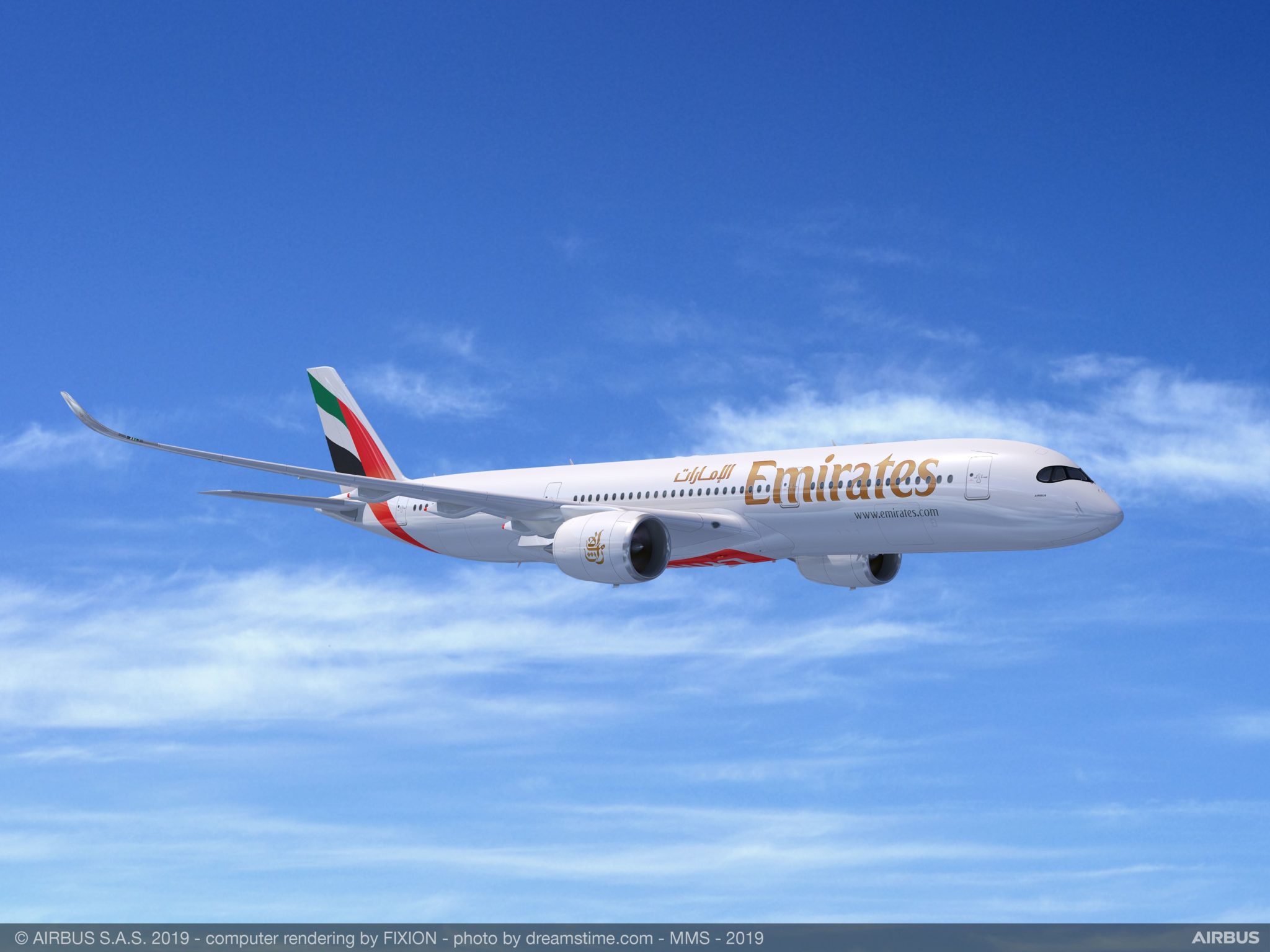 Emirates will operate the A350 on its longhaul routes. Image: Airbus

Emirates chairman and chief executive officer Ahmed bin Saeed Al Maktoum summed up the purpose of the twinjet order, stating that it “will complement Emirates’ fleet mix, support our network growth, and give us more flexibility to better serve seasonal or opportunistic demand”.

Indeed, both the airline’s needs and its competitive landscape have changed from when it first ordered and began to operate the A380, with substantially greater bilateral air access agreements with a growing number of countries, as well as slowing passenger numbers growth in key markets.

Airbus made it clear that will continue to support the A380, and will be looking to continue to win services contracts along the lines of the cabin refurbishments it has agreed with existing operators.

Emirates’ al Maktoum may well have teased some of that work as investments, and it would not be a surprise if these services were quietly included as part of the deal: “The A380 will remain a pillar of our fleet well into the 2030s, and as we have always done, Emirates will continue to invest in our onboard product and services so our customers can be assured that the Emirates A380 experience will always be top-notch.”

From a passenger experience perspective, the immediately recognizable A380 spent a decade as the traveler’s choice thanks to the spacious 3-4-3 economy class configuration on the main deck, the intimate 2-4-2 layout with side bins at the windows upstairs, a variety of lounges, bars and showers for premium travelers, and the best premium passenger experience that was offered at the time.

Indeed, Lufthansa CEO Carsten Spohr this morning highlighted his passengers’ and crews’ positive views of the A380, while also noting its market issues:

#CarstenSpohr at a conference in Addis Abeba: "We are delighted that we can continue to use the #A380." @AirbusPress pic.twitter.com/KiNAdGgMgh

Yet many airlines have failed to upgrade their onboard product since: Air France still offers an angled lie-flat seat and, as RGN confirmed with the airline just this week, is not revealing any plans for upgrades at this time. With clarity about the end of the program now, it would not be surprising to see a burst of refurbishment orders as Airbus looks to recoup some of the costs of its A380 program. The nature of those refurbishments — including whether airlines push for economy class densification — will be telling.

The problem with the 3-5-3 A380 layout, as demonstrated by @AirlineFlyer. #paxex #AIX15 pic.twitter.com/iXkvbKpGM2

The reasons for the A380’s failure to win as much business as Airbus had hoped will be the subject of analysis for years to come. But for many in the world of aviation, the first modern double-decker aircraft will have achieved its place in history as the flagship of fleets for more than a decade, introducing passenger experience unrivaled and unimagined ever before.