Full disclosure: I have a very personal reason for loving the 747 ‘Queen of the Skies’. She took her first flight on the very same day that I took my first breath of air. At the time, we had nothing in common. She had the potential to change the world, to make air travel affordable for those who could never have imagined flying, bringing far-flung families together, expanding horizons. I had the potential to live my life out in the cozy contentment of a small fishing town in the north of Spain on the (very beautiful) Coast of Death. We had a few visitors, tourists from the Nordics in the summer months, and cousins in every house around us year-round. She was a jumbo from Seattle. I was a mini from Muros.

I could never have imagined that, like the Queen, I would one day be flying on a regular basis. That I would live in different countries. That I would spend a good chunk of my time in aircraft hangars. The Queen always knew her destiny – and she’s had a strong plan B in place from the beginning. I’ve floated on the wind, hoped for little turbulence, and rode the rollercoaster when it came.

I don’t particularly like 747 nostalgia. Or, I should say, I indulge some nostalgia to recognize the greatness of this aircraft. But it feels a little too personal when I hear talk of the Queen in the past tense. She’s so young. Two mere aircraft life-cycles. Two generations. Still so much good to do. 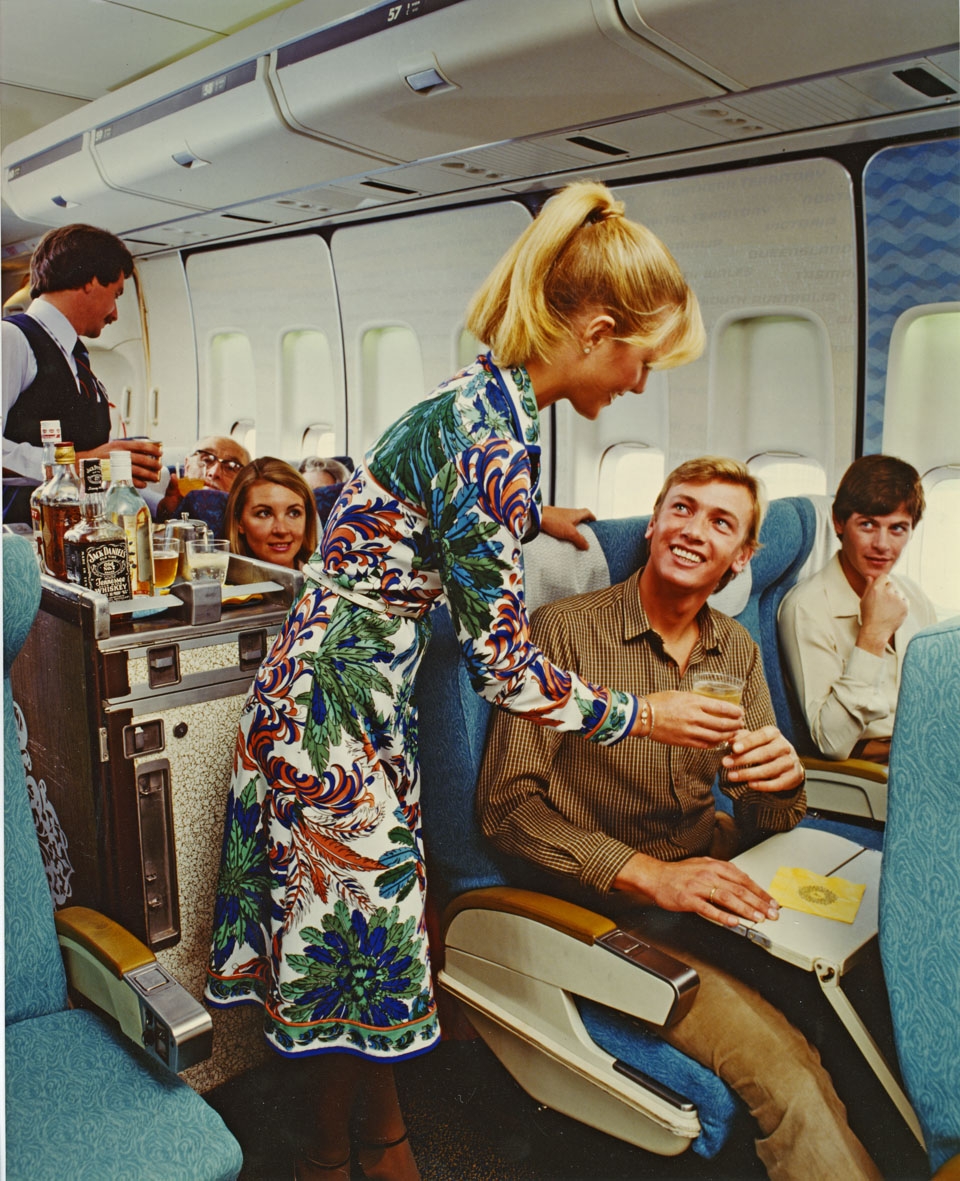 Of course, the economics have been tallied and even close friends are waving tearful goodbyes, but there are still many fans and savvy second-life employers for this remarkable aircraft.

The 747 gave airlines the freedom to experiment with passenger experience in a way that they never had before. It led to the introduction of new ground services and catering equipment, new inflight entertainment – including piano bars. It encouraged a great deal of aircraft interiors experimentation – the Philippine Airlines upper deck berth lounge comes to mind. Some of it worked and some of it didn’t. By the time that the Queen was at her peak, there were plenty of other widebody aircraft around to draw attention and inspire the imagination. But all of those leaps, all of those wild bets, might credit the Queen for opening new markets, new routes, and increasing the number of people who take flying for granted. 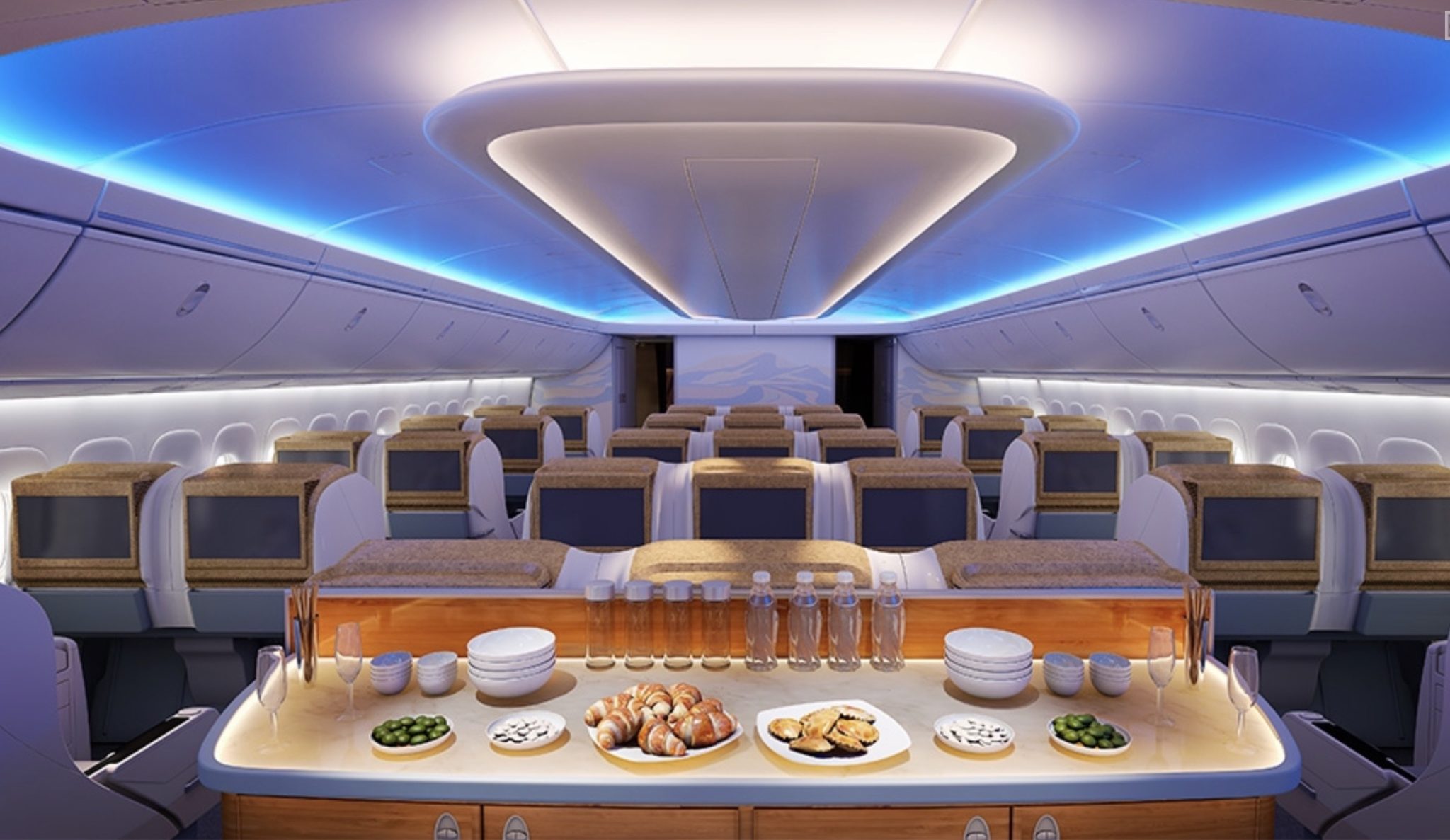 Even in recent years, Boeing has sought to inspire 747 interiors innovation. Image: Boeing

I’ve spent most of my time flying at the back of the plane, but I’ve also been lucky to fly in the lap of luxury. Among the memories that stand out is the time I flew on the upper deck of a Lufthansa Airlines 747. Being able to go up the stairs made the trip special. 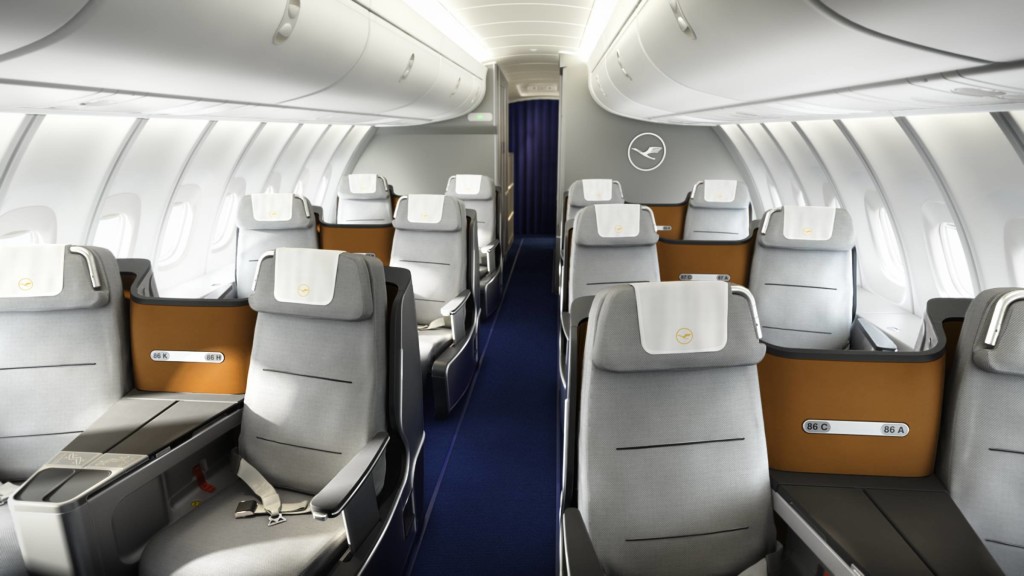 High flying in the upper deck of the 747-8. Image; Boeing

Even flights in the back on the 747 feel relaxing. As another personal aside – a funny one for someone who works in aviation – I’ve long suffered from terrible anxiety in crowded and confined spaces. I’ve learned to manage it over the years. I can even fly on a small turboprop now without freaking out (maybe not from Dallas to Oklahoma City, a story for another day). But the 747’s high ceilings helped. We’ve seen an emphasis on overhead room become the standard, but again we must credit the Queen.

But enough of memory lane! The current 747-8 aircraft is a marvel of design and a very capable aircraft. Boeing’s vision for passenger experience onboard this plane can still inspire. 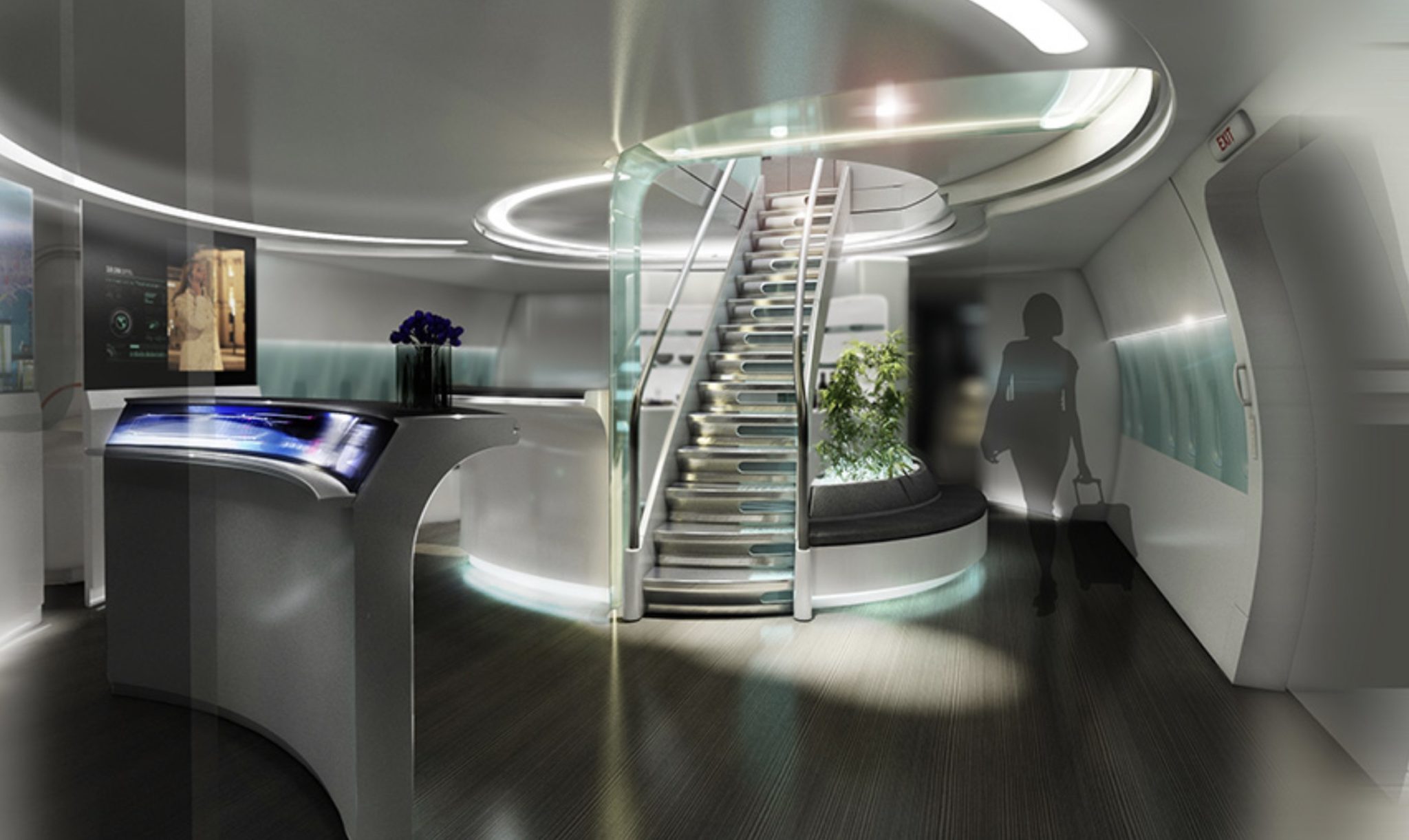 Will the future include new Queens? Image: Boeing

Airbus has argued in favor of the A380 asserting that big city hubs, because of infrastructure, slots, and ATC, will not be able to keep up with growing numbers of small aircraft and they will be better served by consolidated flights on large aircraft, as passenger numbers double. This also applies to the 747-8, and it’s easier to park.

Don’t get me wrong. I love them all – big and small – they move me. Planes get us places. But it would be a shame to kill production of an aircraft that likely will be needed again by the next generation of flyers.

In that, the crafty Queen has an advantage. Her adaptability, her willingness to take on new tasks and carry a heavy load – considering no mission beneath her greatness – has given this lady endurance. (I’m still referring to the plane.) She’ll still be around when the wind turns – working for dignitaries and for cargo handlers with equal grace.

Maybe the future of the skies is small. Maybe. But it has been grand and we should never forget that. Passengers won’t.

Now stretch your wings. It’s a golden birthday and these girls have plans. 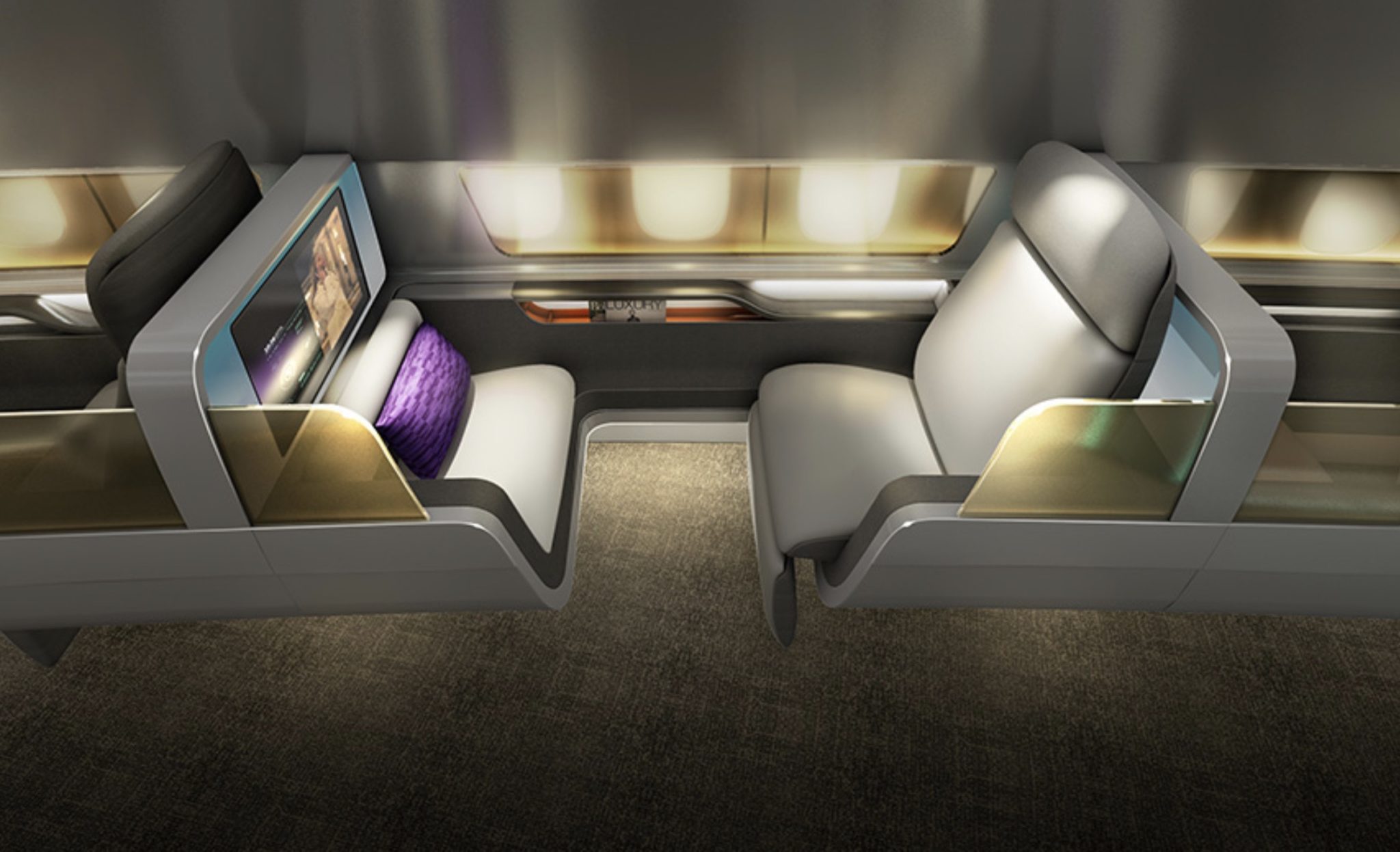 Delta hits a home run with Airbus A220 passenger experience